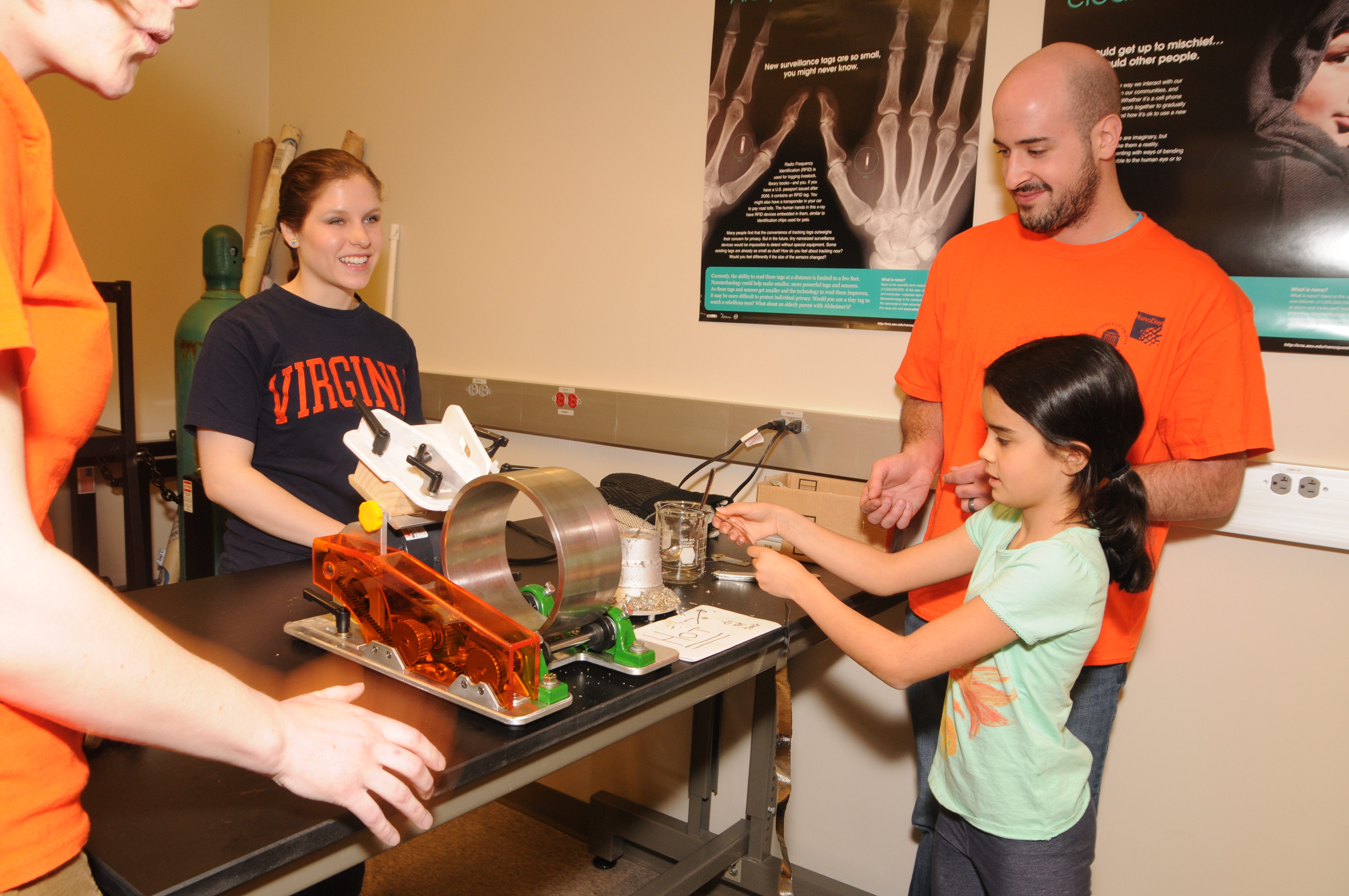 As a college student in his native Tunisia, Najib Ben Brahim was studying telecommunications, but he also felt drawn to health care.

What he wanted, he realized, was to find a way to combine his interests.

Now a Ph.D. candidate at the University of Virginia in systems and information engineering, Ben Brahim is researching ways to automatically adjust insulin therapy and carbohydrate-intake recommendations for people with Type I diabetes so they can engage safely in physical activity.

Additionally, Ben Brahim founded and runs the Student Telemedicine Organization at U.Va., which now has grown to more than 30 members, including engineering, nursing and medical students.

He founded the group, he said, to spread the word about U.Va.’s innovative telehealth activities. The group is creating an archive in the Claude Moore Health Sciences Library to document the history of telemedicine at U.Va.

“What we’re trying to accomplish is to bring both the Engineering School and the School of Medicine together to develop new technologies that in turn will develop health care delivery, because technology is one way to deliver care in a cost-efficient and -effective way,” he said.

Ben Brahim gathered ideas about how to further shape the fledgling student group in May 2014, when he attended the American Telemedicine Association’s annual meeting in Baltimore, backed by funding from the School of Engineering and Applied Science.

Ben Brahim first came to U.Va. in 2011. With a master’s in health care information technology, he began an internship working on the development of a mobile artificial pancreas for Type I diabetes.

The device, which was created by a research team led by Patrick Keith-Hynes and Boris Kovatchev, director of U.Va.’s Center for Diabetes Technology, works by measuring the patient’s blood glucose level every five minutes with a minimally invasive device and then sending the information to a smartphone application. On the app, there are algorithms that predict the glucose level 30 to 45 minutes in the future.

The smartphone then sends a command to a pump linked to the patient to inject insulin. “The artificial pancreas basically mimics the pancreas in terms of injecting insulin at the right time and the right amount,” Ben Brahim said.

One way to ensure patients stay safe, he said, is remote monitoring. “I developed a module called remote patient monitoring for the artificial pancreas,” he said. “The app sends over a 3G network all the information to a server, where we can go anytime and look at what’s happening for that particular patient in real time.”

He also worked on parts related to the communication between the smartphone and the continuous glucose monitors and pump.

Keith-Hynes, an assistant research professor at the Center for Diabetes Technology, said Ben Brahim was a key contributor in the early phase, creating the group’s first interface to the continuous glucose monitor.

“He did a communications interface between the phone and Web server, and he prototyped the first Web server that we used,” Keith-Hynes said.

Ben Brahim’s doctoral research involves how to enable exercise for people with Type I diabetes, whose glucose dynamics change with physical activity and who must adjust their insulin therapy accordingly. He is working on what can be done to make those adjustments automatically.

Separately, Ben Brahim has built a system called the Telehealth Resource Program, an analytic-software and data-management solution for telehealth centers to enable them to determine their costs and downstream revenue and to improve their operational efficiency and return on investment.

He approached the U.Va. Center for Telehealth, seeking to understand some of the challenges faced there in order to develop his system.

“It’s a very innovative application. Having tested Najib’s product, we are looking forward to being his first official client,” said Dr. Karen Rheuban, director of the Center for Telehealth.

“He’s a thoughtful and talented innovator,” she said. “He listened, understood the need from multiple different perspectives and ran with the concept to create an integrated approach to data previously residing in silos. This will allow telemedicine programs to scale, informed by the seamless integration of all relevant programmatic data.”

Class of 2020: Memories and Moments From a Long-Anticipated Celebration END_OF_DOCUMENT_TOKEN_TO_BE_REPLACED