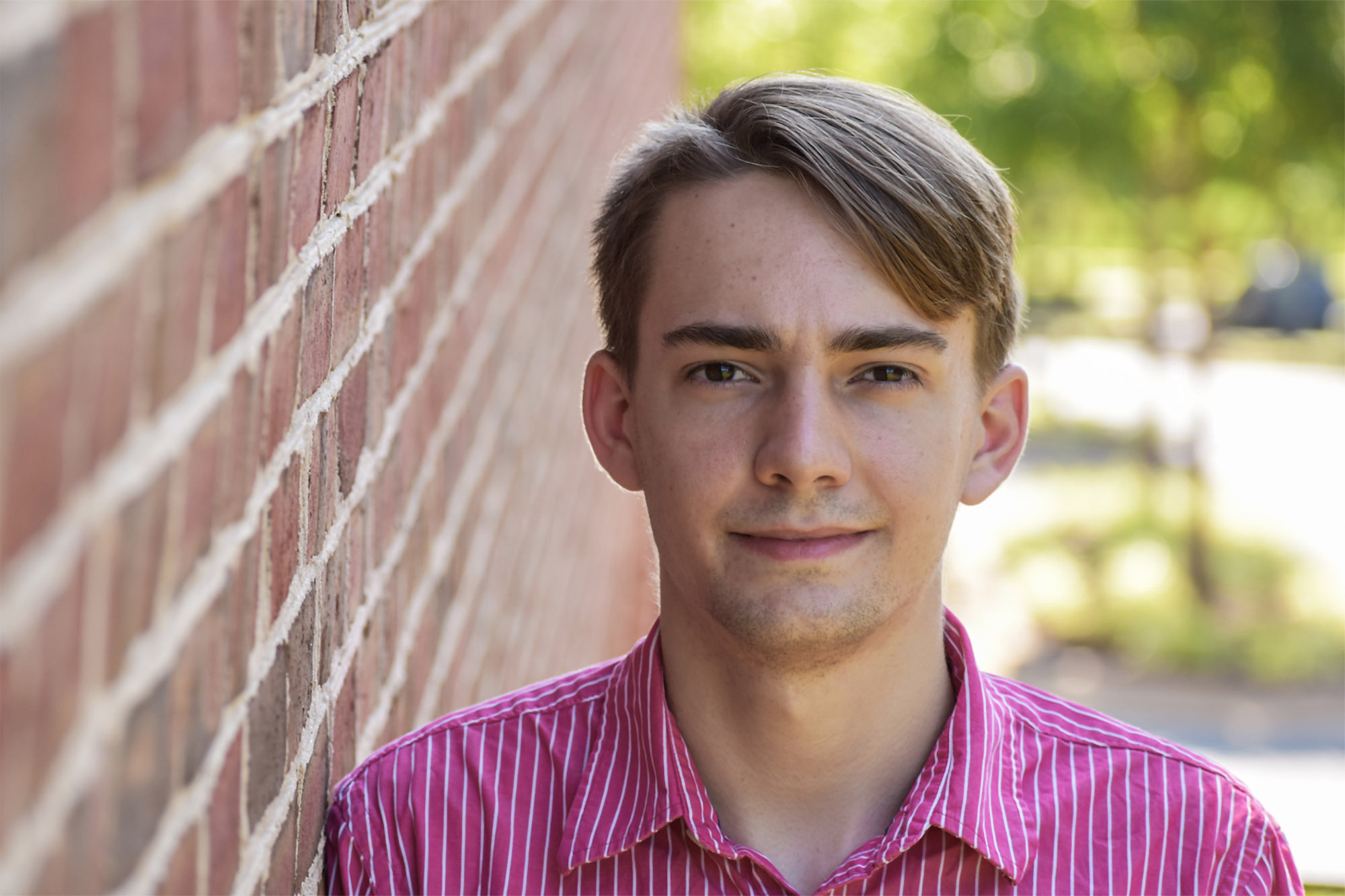 Henry Carscadden is expanding his horizons, both as a member of the U.S. Space Force and as a computer science researcher.

Carscadden, who graduated from the University of Virginia in May, received a Louis T. Rader Undergraduate Research Award, given by the School of Engineering’s Department of Computer Science, for his work at UVA’s Biocomplexity Institute, where scientists use mathematical and computational science to solve problems. These awards go to undergraduate students based on their academic achievements, ability to get along with people and demonstrated capacity to work hard.

Carscadden, from Goochland, has more than research in his future. While he was an Air Force ROTC cadet at the University, Carscadden, who graduated with degrees in computer science and mathematics, is now a member of the U.S. Space Force.

“Last summer, all Air Force cadets, except those headed toward flying, were offered the opportunity to apply to serve in the Space Force instead of the Air Force,” he said. “Prior to this opportunity, I had been most interested in working operations research in the Air Force because of its research-style environment.”

Carscadden, who was one of five from his ROTC class to opt for the Space Force, thinks the potential of space is in transforming the terrestrial economy.

“For example, the launch of initiatives such as Starlink [a satellite internet system being built by SpaceX] might provide high-availability, high-speed internet to rural communities, which could promote more even economic development,” Carscadden said. “That being said, I see no real use for humans in space at this point besides scientific progress. As far as I can tell, the current value of space to humanity consists in unmanned spacecraft providing some service.”

Carscadden is conducting network science research at the Biocomplexity Institute and his work there on complex networks earned him the Rader Award.

“The idea of network science is that you can break a system into atomic units and define local interactions between the units to understand the system as a whole,” Carscadden said. “Many systems work like this, contagion spread being one of them.”

Carscadden’s research focused on finding a way to efficiently allocate resources to block two contagions spreading simultaneously in a population.

“Multiple contagions is a newer area and we focused on a simpler type of contagion model than disease,” he said. “We worked on blocking the spread of social contagions, such as some type of fad, on a network. This is important because we can try to extend these tools to real diseases to decide how to allocate scarce resources when multiple contagions are spreading through a population.”

Carscadden and his work are highly regarded at the institute.

“In general, the quality of the students in the computer science department is excellent and many of them take part in research with faculty members,” S.S. Ravi, a research professor at the Biocomplexity Institute. “The award is very competitive. We nominated Henry since his distinguished major project resulted in a conference publication and was subsequently invited to a journal. Henry is co-author of several other papers that discuss some software subsystems within a cyber-infrastructure for network science. We were thrilled that Henry was chosen as one of the winners.

Ravi said Chris Kuhlman, a research associate professor, and Dustin Machi, a senior software architect, both at the Biocomplexity Institute, worked closely with Carscadden and are very impressed with his analytical and programming skills.

“Henry is also a very sincere and humble person,” Ravi said. “He has the ability to understand difficult concepts and algorithms quickly. With strong backgrounds in computer science and mathematics, he also has the capability to quickly think about different approaches to solve a problem and identify one that is most appropriate for a given situation. He needs very little supervision. I have enjoyed working with him during the past two years.”

Carscadden is also working on another project at the institute.

“As a part of a National Science Foundation funded project, we are developing a scalable and pervasive cyber-infrastructure that can be used by researchers around the world to study problems related to network science and engineering,” said Madhav Marathe, Distinguished Professor in Biocomplexity and Carscadden’s thesis adviser. “Henry is a part of the project and has supported the development of a number of innovative software modules; some of this work will be published in the upcoming Winter Simulation conference.”

Carscadden will continue his research at the Biocomplexity Institute, where he has been working since 2019, while waiting to enter active duty. He plans to start working on a master’s program at the Air Force Institute of Technology at Wright-Patterson Air Force Base in Ohio.

“I chose to work at Biocomplexity Institute because I wanted to learn more about data science,” he said. “Before I enter active duty, I am working on a web application to allow researchers to work on complex networks problems without writing much code.”

“He is diligent and takes the work assigned to him seriously,” Marathe said. “I believe he has a bright future and am confident that he will do any task assigned to him very thoughtfully and will exceed expectations of his mentors and supervisors. Henry has already published three papers, no small feat for an undergraduate. He has also supported ongoing projects and has done all this while majoring in computer science and mathematics while also serving in the ROTC. This is an outstanding achievement.”

Marathe said Carscadden receiving the Rader Undergraduate Research Award was a first for the institute.

“This is a very prestigious award and we are delighted to see Henry get it,” Marathe said. “… We are a young institute and personally think that this will motivate other students to work hard and achieve academic excellence as well.”

Marathe said the award is also important because of its topic area.

“Our institute is one of the leaders in the field of network science,” he said. “The award goes on to show how young researchers can participate in collaborative ongoing research in state-of-the-art topics. Also, our institute carries out transdisciplinary team science. Henry worked in a team, was advised by multiple faculty members and researchers and collaborated with a number of students. This way of doing research in a university is unique. We believe this way of doing science on large complex problems is the way of the future.”

Carscadden’s life is not limited to research. A self-taught guitar player, he is learning some country music tunes. An Echols Scholar and Intermediate Honors recipient, he has been a member of the UVA Climbing Club and St. Thomas Aquinas Catholic Church. He has also done local volunteer work, including work with Catholic Hoos’ homeless ministry and planning and participating in service events for the Air Force ROTC unit.

At UVA, There Is a Club for Everyone END_OF_DOCUMENT_TOKEN_TO_BE_REPLACED