Engineering Students Aim to Create Robots That Work Alongside Humans 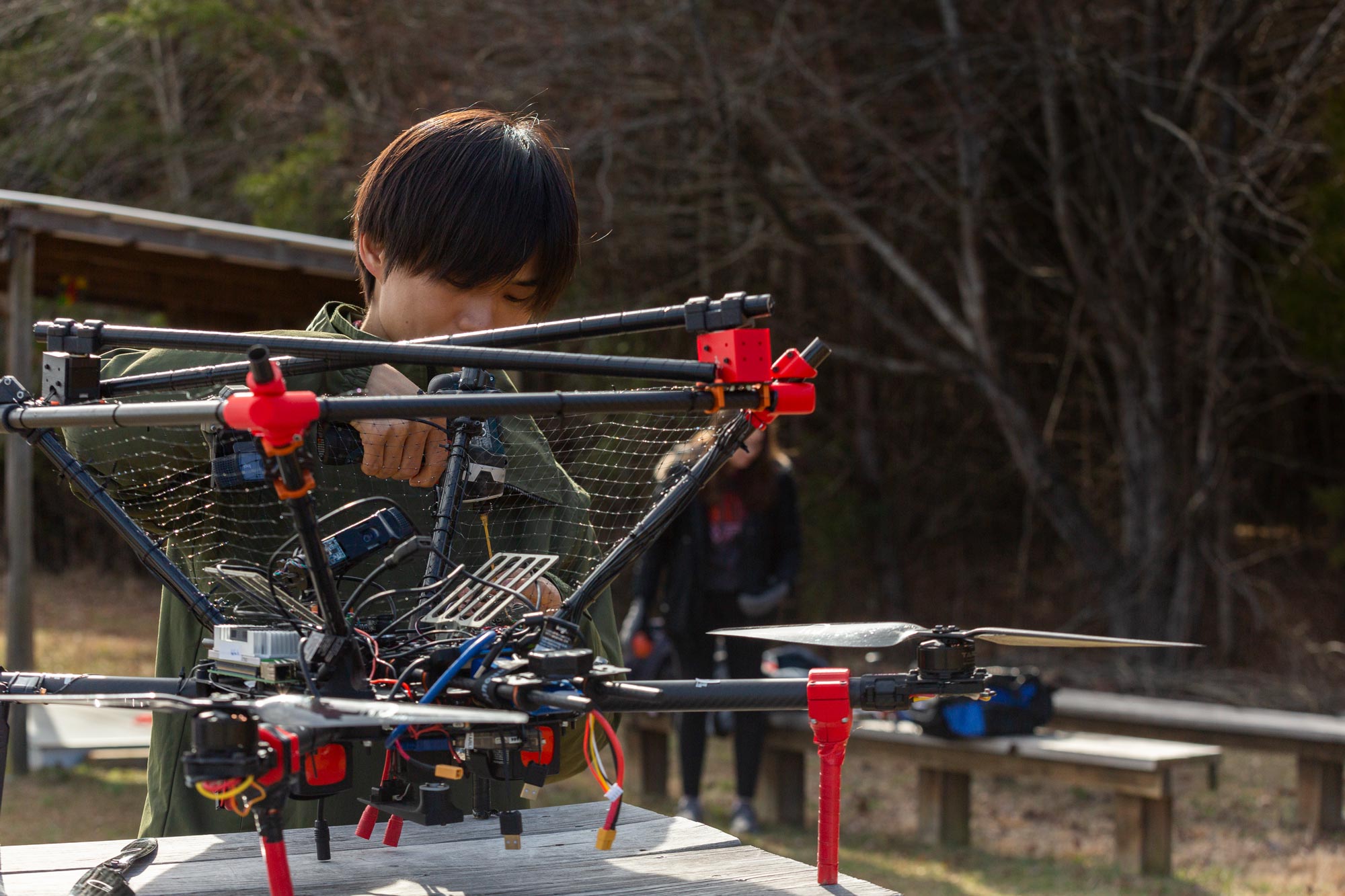 Within the next decade, travelers checking into hotels might hand their luggage to robot bellhops. Drivers riding down a street might see human construction foremen managing groups of robots laying bricks or pouring building foundations. Robots have the potential to do the heavy lifting and free up humans to take on other job duties for which they may be better suited.

“I can also see robots helping with problems that would be hazardous for humans, like fixing the Fukushima power plant in my home country of Japan,” predicted Tomonari Furukawa, a well-known robotics researcher, Zinn Faculty Scholar and newly minted professor of mechanical and aerospace engineering at the University of Virginia. “Or, robots could build structures in no-oxygen settings like the moon or the International Space Station, or someday even Mars.

“Getting from today to a future when robots are providing so many services will require engineers to make much more sophisticated robots,” he said.

Present-day robots function within a narrow skillset, mainly in the manufacturing industry. These robots are capable of many gross- and some fine-motor movements that are excellent for creating products on an assembly line. But they can’t determine if their actions are putting a human in danger, so robots must work in separate environments away from human workers.

In order to change this, robotics technology needs to mature to a place where machines can sense their environments under a myriad of conditions and then make decisions to act in ways that are appropriate and safe without being told what do by humans – no pilots, drivers or operators.

Ironically, in order to make robots safe enough to be with humans, robots need to be programmed and designed so well that they can act independently without humans. 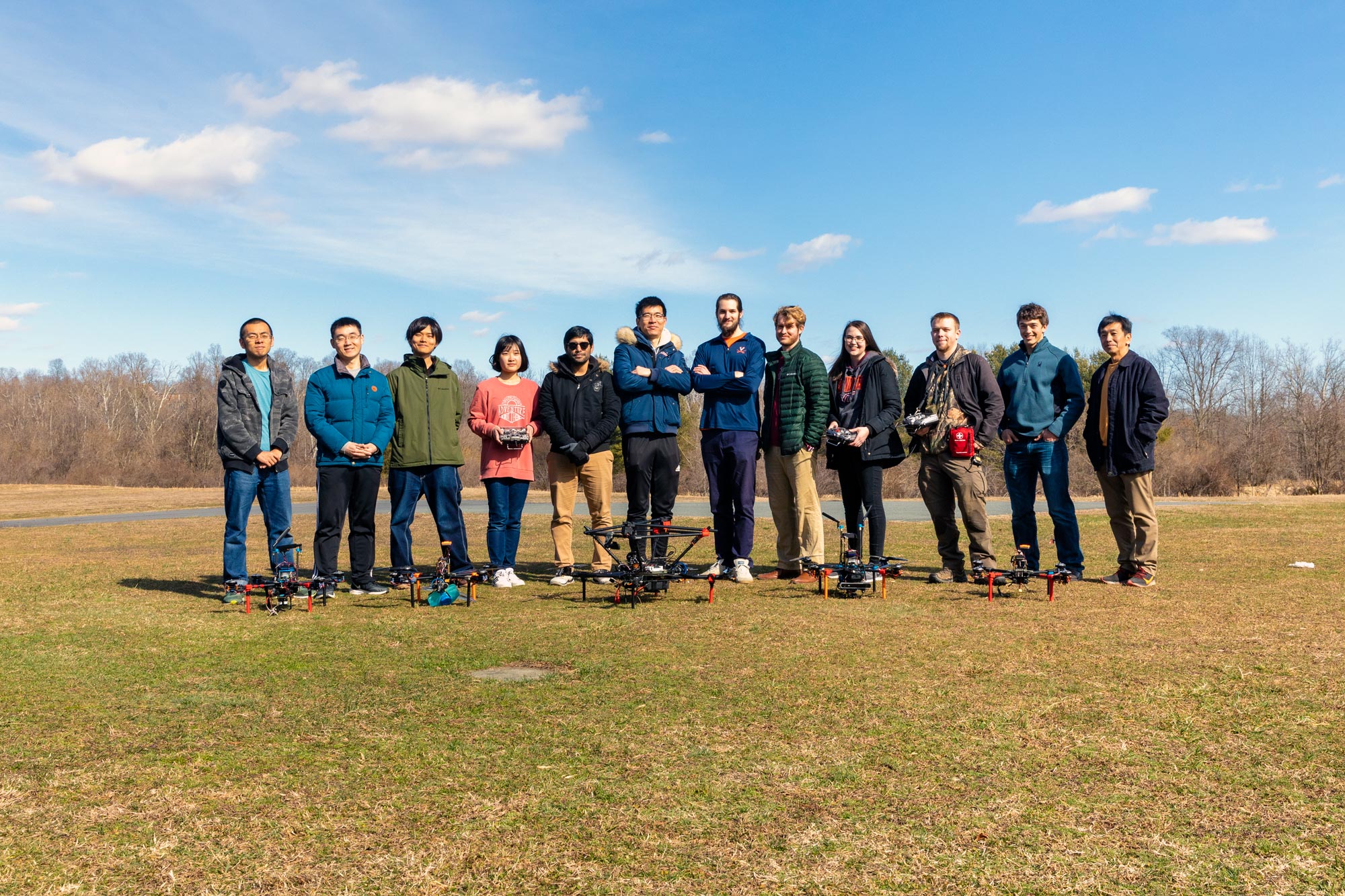 Furukawa and a student team are seeking to create smart and safe robots that can work alongside humans. The 14-person team, named Team VICTOR (VIrginia Cooperative of auTOnomous Robots), is a collaborative effort between the University of Virginia and Virginia Tech, where Furukawa was on the faculty before coming to UVA, and includes graduate and undergraduate engineering students from both universities in the fields of mechanical and aerospace engineering, electrical and computer engineering and computer science.

The team’s aim is to make robots self-regulating and autonomous by developing devices like sensors that can detect position, temperature, pressure and force; actuators that can move the robot and all its parts with precision; and operating system software to regulate of all of these things.

Team members said they are excited to join forces to tackle a complex and rewarding project.

“When you work on a problem by yourself for too long, it becomes easy to get stuck in the same way of thinking and hit a mental block,” said Arthur Pawlica, a master’s degree student in UVA’s Department of Mechanical and Aerospace Engineering. “In our single team, there are people with a large variety of backgrounds and knowledge who can approach a problem from a completely different perspective. Having the entire team together means everyone can get a fresh take on their work, and the extra input has a profound impact on our progress.

“It’s also more fun when everyone is working together.”

Teamwork has paid off in the form of international recognition. The team is one of only four teams selected from the United States, and one of 31 teams worldwide, to compete in one of the most prestigious robotics competitions in the world, the Mohamed Bin Zayed International Robotics Challenge 2020, to be held Sunday through Tuesday in Abu Dhabi, United Arab Emirates.

The competition design is clearly focused on advancing robotics automation. All of the event challenges require that the teams’ vehicles work as independently as possible; teams are penalized for human intervention. 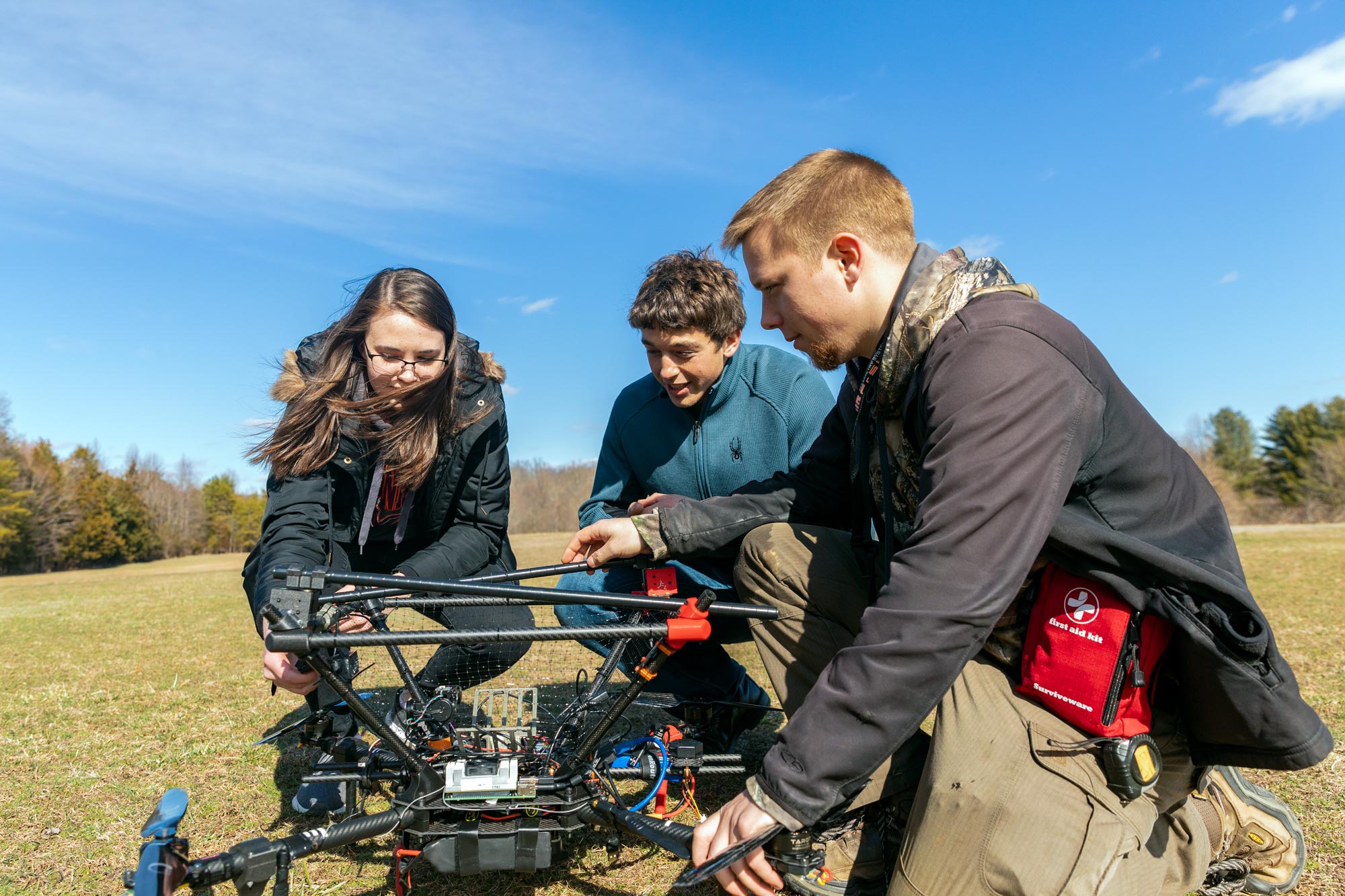 “I think most people are familiar with ground or aerial robots, or drones, but they are really only familiar with the ones that are piloted by remote control,” said Brita Lyons, a junior mechanical engineering major at Virginia Tech. “What we do at the lab is incredibly hard. We try to make a drone behave like it’s being piloted, but it’s moving and making choices autonomously – all through design and programming.”

In addition to the automation requirements, the challenges simulate demanding, real-life scenarios in which robots could be enlisted to do dangerous jobs and protect humans. The complexities of the competition challenges indicate the level of sophisticated research that Furukawa and his students have been doing.

In the first challenge, an aerial drone must autonomously capture a ball hanging from another flying aerial drone. This technology could eventually be used by airports to protect perimeters.

The second challenge is meant to mimic a setting where a building is being constructed, or an emergency setting where debris needs to be removed. In this challenge, a ground vehicle and an aerial vehicle work together to autonomously pick up randomly placed bricks with different lengths and make an L-shaped wall.

The third challenge closely resembles another emergency situation, a building fire that needs extinguishing. The teams’ aerial robots will have to first enter the window of a building from the outside and find the fire. A ground robot, coordinating with the aerial drone, must then extinguish the fire.

The last challenge is doing all of the above simultaneously – aptly called the “grand challenge.”

With this level of difficulty, it’s easy to see why so few teams were qualified to compete. The rigorous criteria of the contest inspires research and accelerates advancements by providing just the right ingredients: a high bar for contestants and plenty of prize awards and sponsorship support. The winners of each challenge receive approximately $272,000, with the winner of the Grand Challenge taking home $544,000.

What it Means to Be a Cavalier Baseball Player END_OF_DOCUMENT_TOKEN_TO_BE_REPLACED