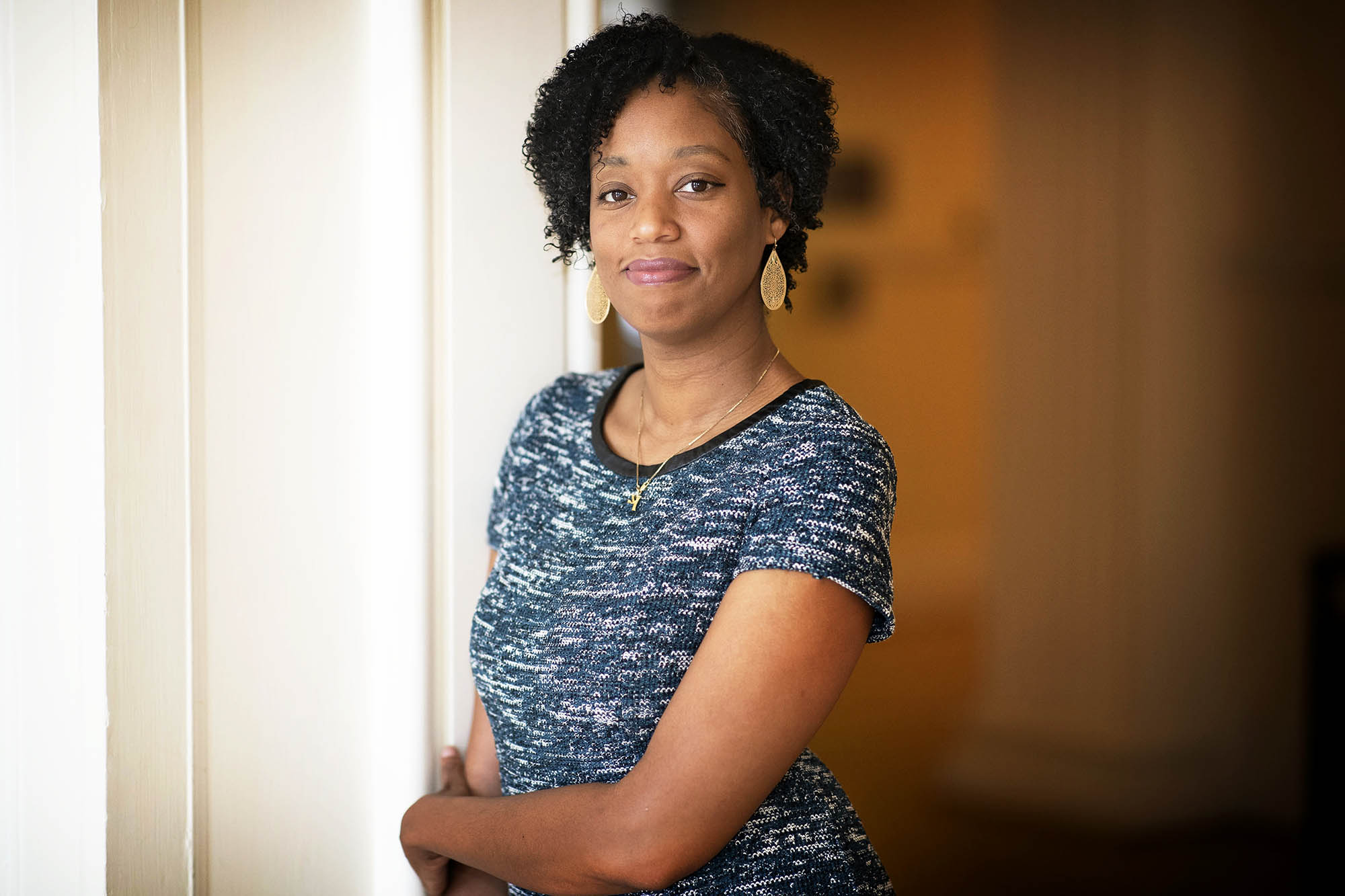 By high school, she had realized how some lower-income neighborhoods, particularly those with predominantly Black and immigrant populations, were often sited close to undesirable facilities everywhere she went, she said – places with landfills, heavy industry, incinerators or “brownfields,” which are abandoned plots that had some commercial use, then closed down and remained that way, undeveloped. She wrote her high school senior thesis on the inequity of the spatial organization of cities.

“I was interested in figuring out why this phenomenon existed. It struck me as fundamentally unfair,” said Fields, who also is affiliated with the cross-disciplinary Environmental Humanities network on Grounds.

She has worked on this puzzle ever since, through college, graduate school and a fellowship with the Environmental Protection Agency, and now continues as a faculty member at UVA.

“Kim Fields examines the role political discourse plays in policymaking processes, as well as its role in shaping government responses, institutional outcomes and political participation,” said Deborah McDowell, who directs the Woodson Institute, which houses the Department of African American and African Studies.

“She brings to her academic work a wealth of knowledge gleaned from her time as an Environmental Justice Research Fellow at the Environmental Protection Agency. There she studied how governmental interventions succeeded or failed in both redressing racial and social inequalities, and providing needed public goods to the disadvantaged sectors of the population,” said McDowell, also the Alice Griffin Professor of Literary Studies in UVA’s English department.

“It was unique,” she said. “I’m glad I did my master’s in this way. It gave me a firm foundation, and exposed me to a wider variety of theoretical frameworks, epistemologies, research methodologies and texts than the usual Western, Euro-centric ones typical in traditional graduate school programs.”

Fields then headed to the University of Pennsylvania for her Ph.D. in political science. Her dissertation examined mid-Atlantic states’ approaches to environmental justice over a 20-year period beginning in 1994, looking at when and why states adopted the environmental justice efforts they did and how their actions varied, even when states share borders, environmental conditions and issues or similar histories. She analyzed the relationships between those efforts and how they affected citizens’ political behavior.

She is putting her research in a book manuscript called “Just States: Evaluating State Approaches to Environmental Justice.” It will present the first in-depth analysis of state efforts to address the racial dimensions of environmental inequality through public policy.

Fields chose 1994 as her starting point because of an important marker: President Bill Clinton issued an executive order that required entities, including states, that received federal funds to ensure in their planning that no community, especially those comprising predominantly racial and ethnic minorities, was bearing or would bear a heavier burden in environmental impact. It was the first time an environmental justice focus was put on the national political agenda in a formal way.

Defining and pursuing environmental justice in race-conscious or race-neutral ways led to different outcomes, she found.

“Such differences matter a great deal, because they send different messages to impacted citizens about their efficacy and options, and they are associated with different political processes, programmatic outputs and resource allocations,” she added.

Many places didn’t have, or still don’t have, the environmental assets or infrastructure – parks and green spaces, for instance – that enhance communities and make them good places to live, she said.

In economically stressed communities, residents might be willing to tolerate undesirable properties for promises of jobs or other benefits, but those things often don’t materialize, she added.

She mentioned the small town of Chester, Pennsylvania, southwest of Philadelphia, as an example. It once was a bustling manufacturing town, but lost businesses and became host to post-industrial problems starting in the 1960s.

Residents have been waging a long, ongoing battle with the Commonwealth of Pennsylvania over a privately owned waste facility. The town council thought it would promote economic development, but all it brought was dust, diesel fumes and noise at all hours of day and night, among other problems, negatively impacting quality of life. That has mobilized people to reform the permit process to prevent further growth of such facilities.

Fields plans to expand her research on states to other levels of government – cities, towns and local municipalities, because they have also made environmental justice plans, policies and initiatives. She would also like to go in another direction, expanding beyond U.S. borders.

There was a unique moment on the international stage in 1991, she said, when activists organized the first National People of Color Environmental Leadership Summit to craft international principles, create networking opportunities and build coalitions. Since then, environmental justice activism has been documented across the world, and some of this work has generated official government responses.

“It’s exciting doing this work because it’s a new field,” she said.

That also makes it exciting to teach. This past year, Fields taught “Race, Class, Politics and the Environment,” “Global Perspectives on Environmental Justice” and “Race, Law and the American Constitution.”

“Kim brings to the department expertise that complements our existing strengths in race and the environment, broadly speaking, while adding specific expertise concerning social policy,” McDowell said. “Her work is in conversation with that of other members of our department, notably Andrew Kahrl’s on race and commercialization of the natural coastal environment; Kwame Otu’s on environmental shifts across the African continent, and Tony Perry’s on the relation between slavery and the environment.”

It’s Copperhead Season in Virginia. Here Is What You Need to Know END_OF_DOCUMENT_TOKEN_TO_BE_REPLACED

What’s Next for UVA’s Class of 2022? END_OF_DOCUMENT_TOKEN_TO_BE_REPLACED