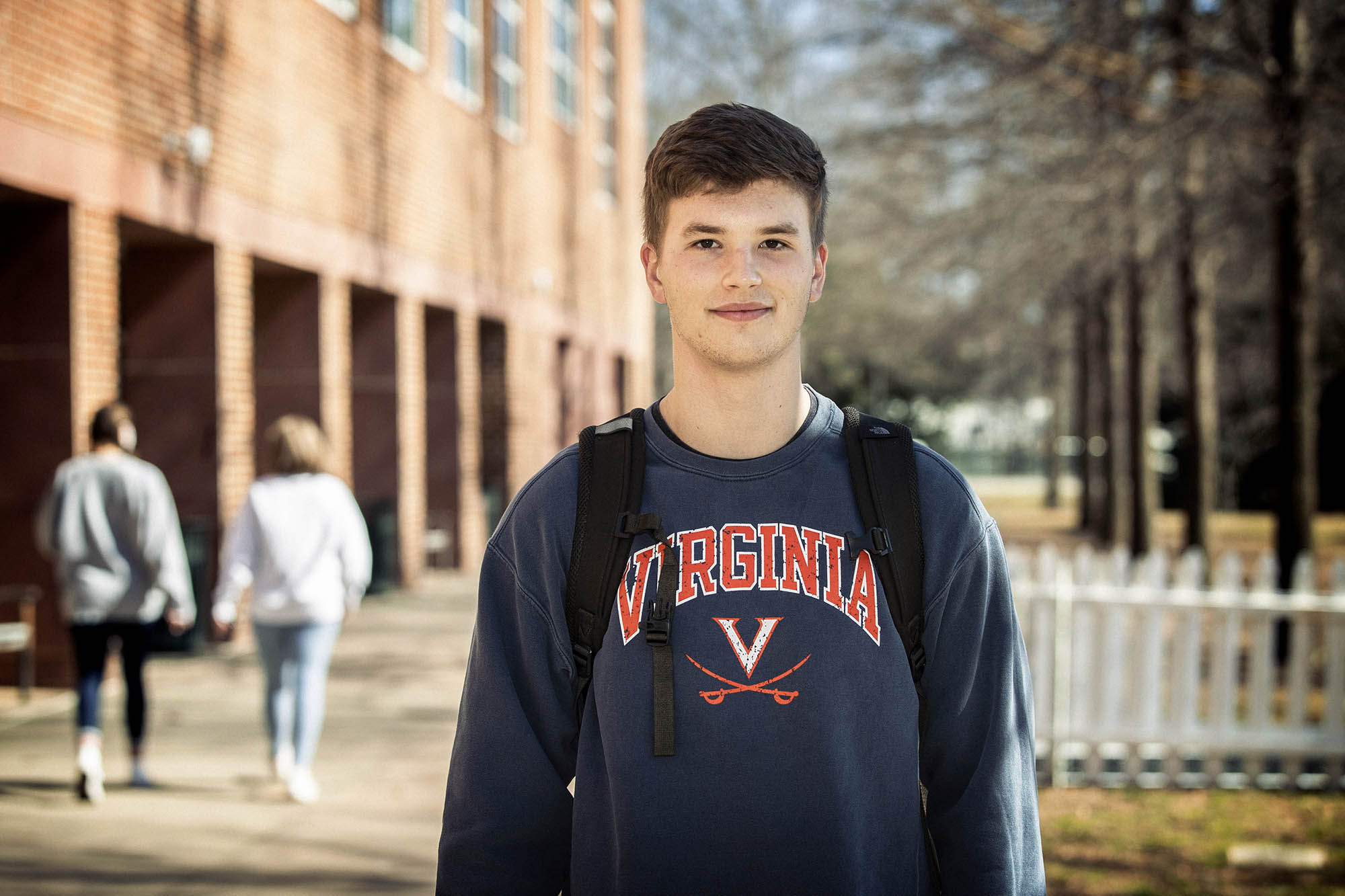 The temperature peaked at 40 degrees on Jan. 22 in Abingdon.

University of Virginia first-year student Spencer Buddington and three of his hometown buddies had gotten together for one last outing before returning to their respective universities for spring term.

They hit their favorite antique store, Zephyr Antiques, on Main Street. Like many small historic towns in Virginia, Abingdon’s once-bustling main street had been recreated into a quaint shopping and strolling place filled with shops and restaurants with names like Mamma Mia Italian, Chef Heathers and The Tavern.

Zephyr Antiques has four floors of goods, and Buddington and his friends, who all grew up in Abingdon, always found something to capture their interest. They emerged from Zephyr’s about 2:30 p.m. on that Friday and turned to a shop next door: the just-opened Abingdon General Store, which sells everything from turkey calls and fishing bait to candles and jewelry.

Buddington and his crew immediately noticed something was wrong. A door to the store was open, but employees waved them away. That’s when the first-year student and Eagle Scout spied some action just inside. “They had a door open and I happened to see Mr. Ward on the ground,” he said.

Unbeknownst to Buddington at the time, James Ward was suffering his fourth heart attack.

One of the store owners and an acquaintance of Buddington’s rushed out onto the sidewalk and asked if any in the group knew CPR; coincidentally, all four had been trained in the life-saving procedure. Because Buddington was closest, he headed into the store first, to where Ward was lying on the hardwood floor. He knelt down and quickly assessed the situation.

“I got down on the ground and began to give him compressions,” Buddington said. “I was very nervous at first. I was doing it probably a little too fast. And so my friend Tanner Humbert kind of helped slow me down and started kind of counting for me, you know, like giving me a little pace. So, I did the standard 30 compressions and then two rescue breaths along with it.”

It would take Buddington two rounds of CPR before Ward fully regained consciousness. “I kind of sat there while he was coming to, you know, with a groan,” he said. “He fell unconscious slightly again. I did a few more compressions and he came back and I sat there with him until emergency services arrived and took over.”

Buddington said the coronavirus pandemic only entered his mind briefly as he prepared to give CPR to a person for the first time.

“The thing was – and I guess it is kind of a mixed blessing – I had actually had COVID about two weeks prior to this event, so I had a fairly good assumption that I would be, you know, safe from either receiving or transmitting any kind of disease,” he said.

It took about 10 minutes of CPR before Ward regained consciousness; Buddington said during the process, he accidentally broke some of the man’s ribs.

“That was one of the things that was most jarring,” he said. “When you do any kind of CPR training, they tell you that there is a good possibility that you are going to break someone’s ribs.

“Without that warning, I probably would have, you know, been doing CPR and then stopped and been like, ‘I can’t do this. I know I’ve just broken his ribs. What do I do now?’ But fortunately, they prepare you for that sort of thing to happen. You kind of flinch, but you just continue because you kind of have to. It’s a difference between life and death.”

Buddington recently got a call from Ward. “There were not a ton of words exchanged, just mostly gratitude and just saying how he was really thankful that I was there because, you know, it had been his fourth heart attack and he was just thankful that I was able to be there to help him.”

Buddington, who is weighing whether to apply to the Batten School of Leadership and Public Policy or the McIntire School of Commerce, told Ward he was happy to have been in the right place at the right time.

“I just said I was glad I’d been there,” he recalled. “I said I was blessed to have been there and I would have done it in any other situation.”