The Folklorist and Alumnus Behind the Scenes on the Award-Winning Film, ‘Descendant’ 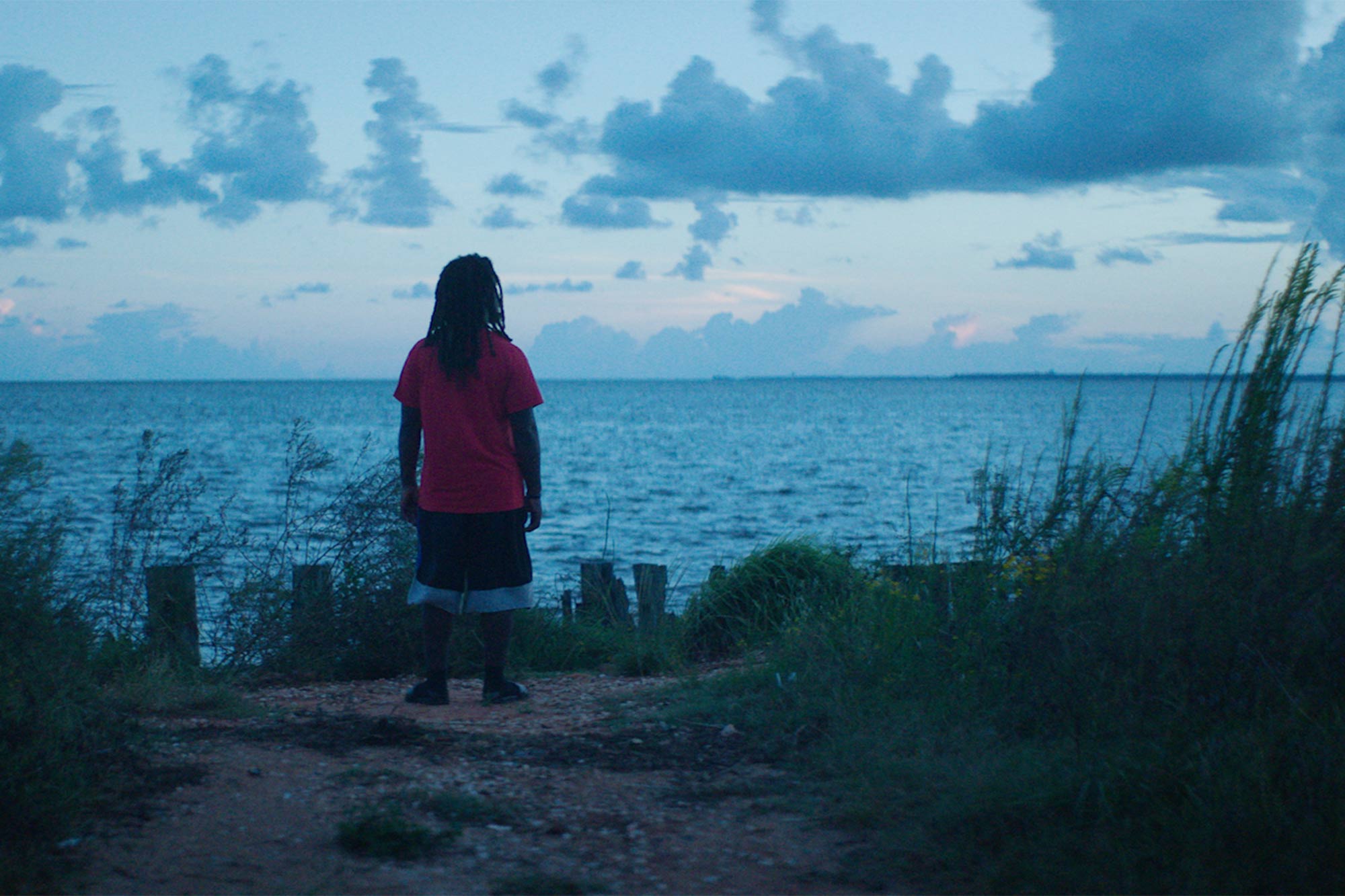 Emmett Lewis, shown in front of the Mobile River in a still from the film, “Descendant,” a documentary co-written by UVA alumnus Kern Jackson. (Photo courtesy of Participant)

“I need you to know this other story about this place,” Kern Jackson’s godmother, Valena McCants, said to him 30 years ago when he visited Mobile originally to study Mardi Gras culture. 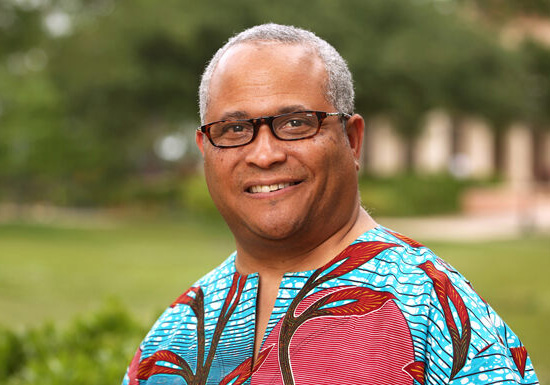 Kern Jackson will talk about the documentary after it is screened at the Virginia Film Festival on Nov. 5 at 11 a.m. at Violet Crown Theater. (Contributed photo)

The story she told him involved the last documented ship that brought enslaved Africans to the U.S. – illegally – in 1860, about 50 years after the slave trade had been banned. The Clotilda snuck into Mobile Bay under cover of night carrying 110 people from West Africa. The surreptitious activity was based on a bet that wealthy plantation owner Timothy Meaher made that he could import them into Mobile County.

After Emancipation, the formerly enslaved persons and others of the African diaspora who had lived in the quarters for generations formed their own community, Africatown, about four miles from Mobile, Alabama.

Now, a recent film, “Descendant,” features the people who remain a part of the community. Many of these descendants have passed down this history, including the present state of their town. Thirty years ago, residents began sharing their stories with Jackson, a 1987 University of Virginia alumnus and folklorist whose fieldwork was crucial to making the documentary come to life.

Jackson went to Mobile decades ago to conduct fieldwork, primarily for his dissertation, “Listening to the Wise Ones: Personal Narrative as a Window into Traditional Black Neighborhoods in Mobile, Alabama.” By the time he arrived, the once-thriving Africatown of 15,000 had dwindled, reduced in population and beleaguered by polluting industry and political neglect.

When the remains of the Clotilda were discovered in 2019, African American residents worried that the ship would drown out the importance of their stories. They said they always knew it was there in the Mobile River.

Jackson had worked with documentary filmmaker Margaret Brown before on the film “Order of Myths,” so he contacted her and urged her to come back to Mobile to document the community’s struggles for racial and environmental justice.

Jackson and Brown co-wrote the resulting film, “Descendant,” which won the U.S. documentary special jury award for creative vision at the 2022 Sundance Film Festival in February. The documentary aired on Netflix on Oct. 21 and will be screened at the Virginia Film Festival on Nov. 5 at 11 a.m. at Violet Crown, with Jackson attending to talk about the film afterward.

UVA Today asked Jackson, who earned a doctorate in folklore and ethnomusicology from Indiana University and directs the African American studies program at the University of South Alabama, about his UVA education and what it means to him to have worked on this award-winning documentary.

Q. What did you major in at UVA? How did your education relate or lead to your career?

A. I was an English major and minored in African American studies, from 1983 to ’87. I used to do a jazz radio program on WTJU, and I feel like I work-studied in every nook and cranny of the University.

For 30 years I have researched and engaged in the culture and traditions that sustain African American communities and the spirit in which we navigate societal obstacles and trauma that are remnants of the slave trade.

We have a connection to that narrative of the African diaspora right here in Alabama. And people know who their ancestors were and they know where they’re from.

Q. How did you get to know the film’s director, Margaret Brown, and get involved in this film?

A. Our former state folklorist, Joey Brackner, shared with Margaret a piece on Mardi Gras I wrote in Tributaries [the journal of the Alabama Folklife Association] that led to me working with her on “Order of Myths.” Ever since, we have had an ongoing discussion about the culture and aesthetics of Mobile communities and implications of race.

I was working with a group dealing with recreation and historical preservation called the National Blueways, a National Park Service thing, when a reporter said he found the ship. But people already knew it was there.

Jackson appears in the documentary, “Descendant,” talking with the residents of Africatown, whose ancestors came from the last known ship to reach the U.S. with captured Africans. (Photo courtesy of Participant)

Q. Tell us more about the documentary.

A. The film is about the significance of this community of people and their descendants. It’s the story of how it came to be Africatown.

Africatown is a long walk from downtown Mobile, along the railroad tracks. Today there are tar sands, paper companies, chemical companies and other dense industry that surround the community. It is my hope that this film will advocate and entertain in an authentic way that the narrative tradition remains a strength of the Africatown community. It is a clear example of how the dehumanization of African men, women and children during the slave trade continues to negatively impact Black communities in the United States today.

A. We’re promoting the film. Today it might be for the consumer of a documentary. But it’s also for the child sitting in a fourth-grade class learning Alabama history from a textbook that might have only one paragraph about enslavement and its implications.

I hope to continue to explore the traditions (or the cultural collateral) that are the strength of the Africatown and other similar communities still grappling with the legacies of slavery.

In the film, Mary Elliott, a curator and historian with the National Museum of African American History and Culture, provides the charge for viewers by calling their attention to the context of “resistance, resilience and survival” – whether it’s Africatown or Charlottesville.

When people, our neighbors, speak about their experience … their words and stories convey important power.

In Memoriam: Life of Drama Professor To Be Honored Sunday END_OF_DOCUMENT_TOKEN_TO_BE_REPLACED