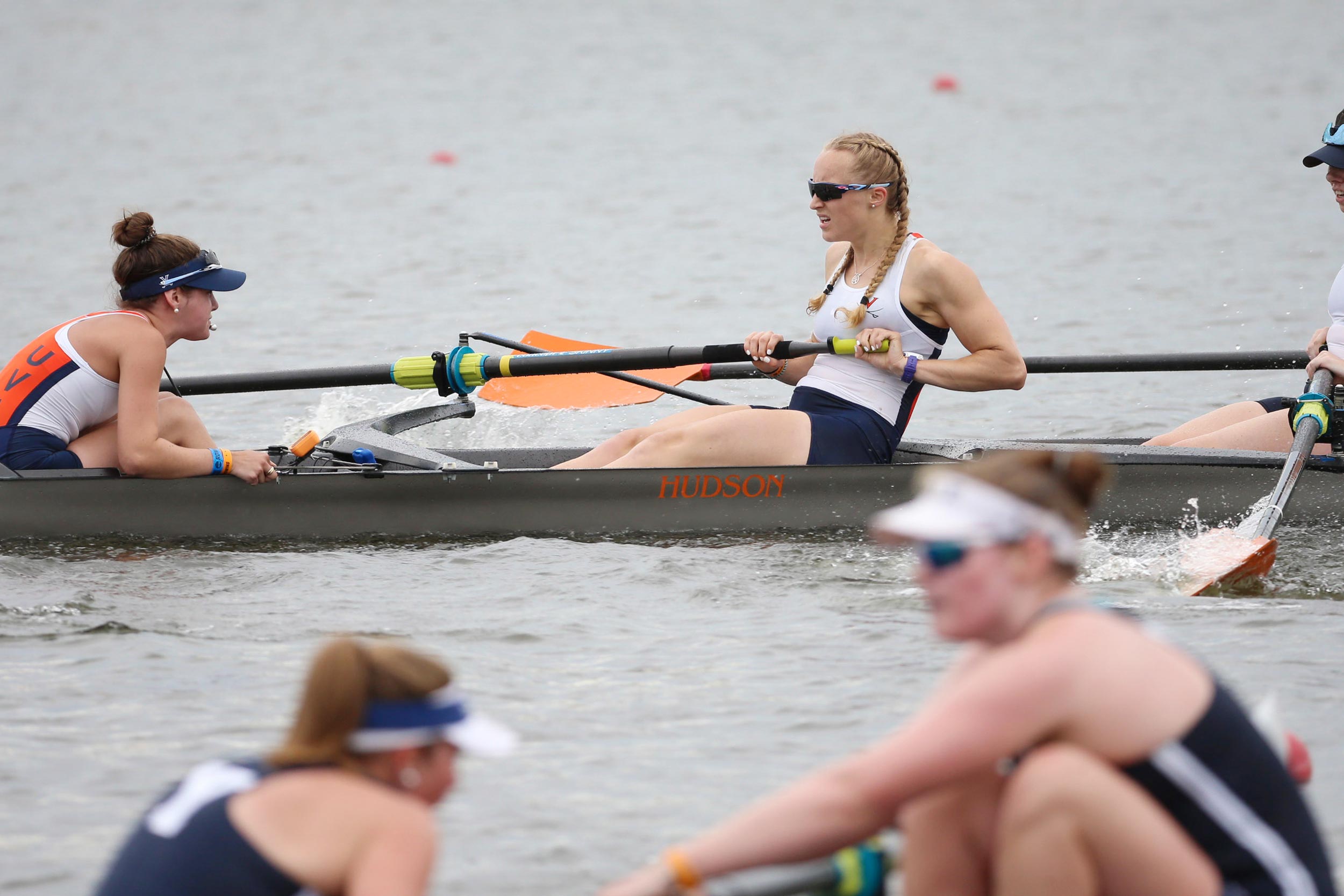 Having grown up in a town outside of London, living in the United States wasn’t something Heidi Long ever considered.

As for the idea of attending the University of Virginia? Well, that was even more farfetched.

“Honestly,” said Long, speaking with a discernible English accent, “I had never really heard of Virginia.”

But everything changed for Long after she got involved with Great Britain’s junior national rowing program as a teenager. Through the program, she met coaches and rowers who extolled the virtues of the American college system.

Eventually, Long came to realize that crossing the pond could fulfill all of her dreams in one fell swoop.

“There was nowhere in the UK where you could combine athletics and academics in the same way that is possible in the U.S.,” Long said. “That was one of the most enticing parts about it – that you would be able to compete at such a high level in your sport, but also get a great education at the same time. In the UK, it’s more separate.”

After making the decision to come to the United States, Long chose UVA over Princeton University, Yale University and the University of Washington. “I just absolutely fell in love with UVA on my official visit,” she said. 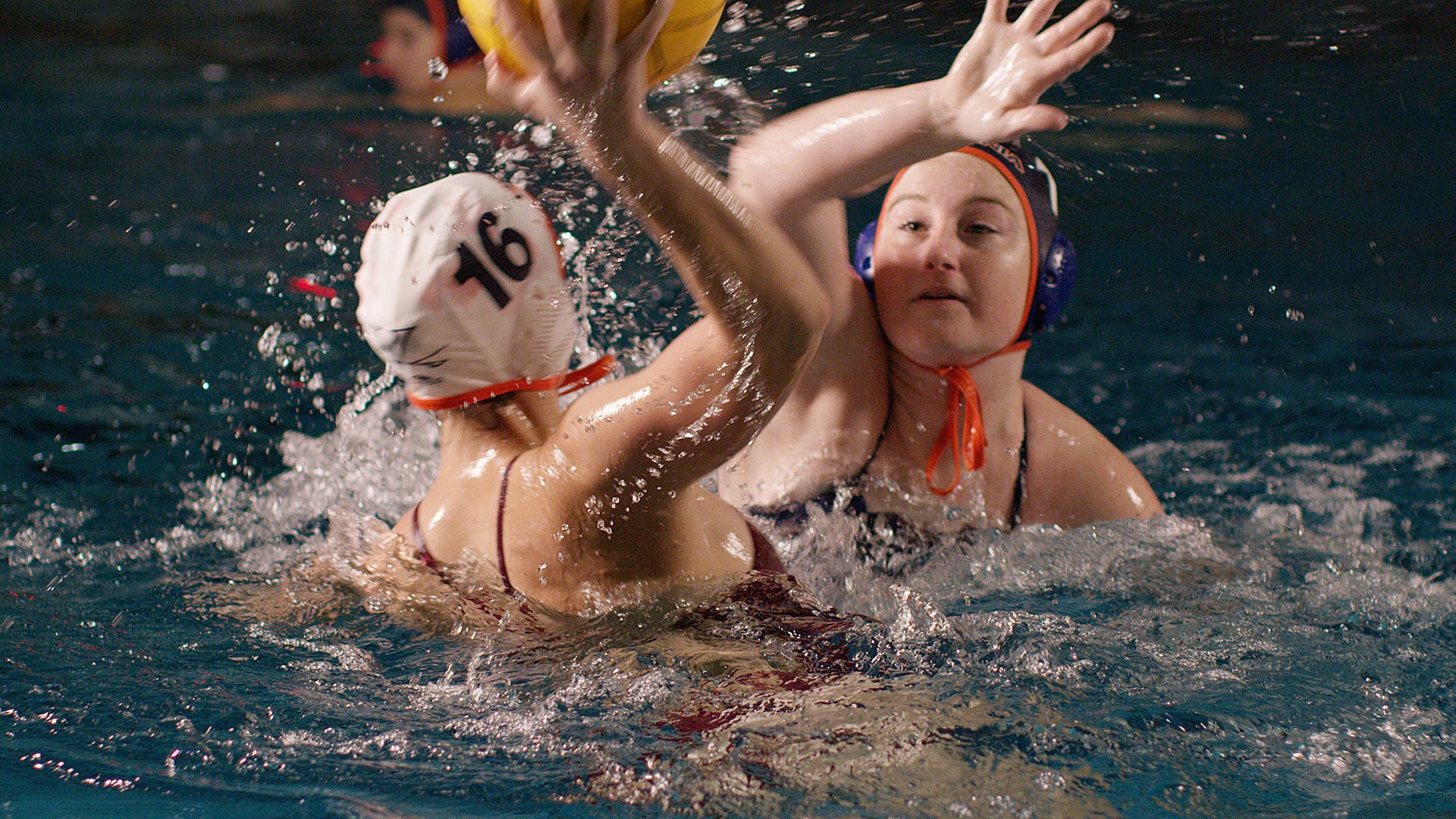 In the Pool With Wahoo Women’s Water Polo Club 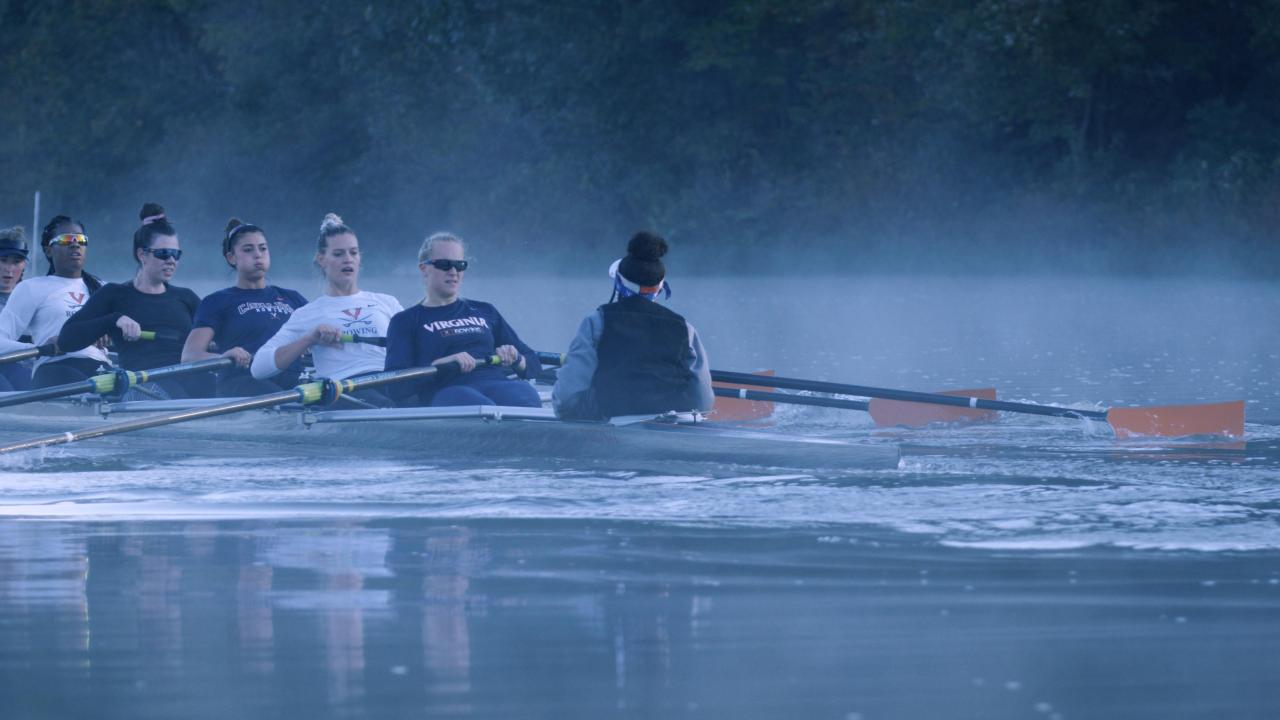 On the Water with the UVA Women’s Rowing Team

Video: On the Water with the UVA Women’s Rowing Team

On the Water with the UVA Women’s Rowing Team

Over the last three-plus years, the feeling has been mutual.

What separates Long from other rowers, according to Sauer, is her motor.

This was on display during a duathlon that Sauer conducted before fall break. Team members had to row 4,000 meters on rowing machines, then exit Slaughter Recreation Center and run up nearby Observatory Hill.

Sauer had just gotten to the bottom of the hill in his truck when he saw Long racing to the finish, with no other teammates in sight.

Which, given Long’s ambitions, was apropos.

Sauer compares Long’s inner drive to that of former UVA star Kristine O’Brien, who has gone on to great success representing the U.S. on the world stage. “She goes after it with every ounce of her being, every fiber,” Sauer said. “A kid like that doesn’t come around a lot. They are few and far between. Not a whole lot of people are wired that way and are able to push themselves that hard.”

But Sauer said there is so much more to Long than what she is able to do athletically.

Long, who is double-majoring in biology and cognitive science, was named to the Atlantic Coast Conference Academic Honor Roll in each of her first three years at UVA.

Since she was young, Long said she has been fascinated by the interaction of cells inside the human body.

Soon after arriving at UVA, she was drawn to the field of cognitive science after taking a course taught by psychology professor Dennis Proffitt called “Introduction to Perception.”

“I think the relationship between the brain and the mind is so interesting,” she said, “and that was the first class I took that really looked into that.”

Long believes a lot of what she has learned has helped her in her role as a co-captain. During team meals at John Paul Jones Arena, she goes around the table and asks everyone sitting at her table how their days went. On weekends, she organizes team outings.

“I get back from a Saturday practice and I’m just dead and all I want to do is take a nap,” teammate Emily Ashton said, “but then you get a text from Heidi saying, ‘A bunch of us are going to Carter’s Mountain to watch the sun set and pick apples.’ 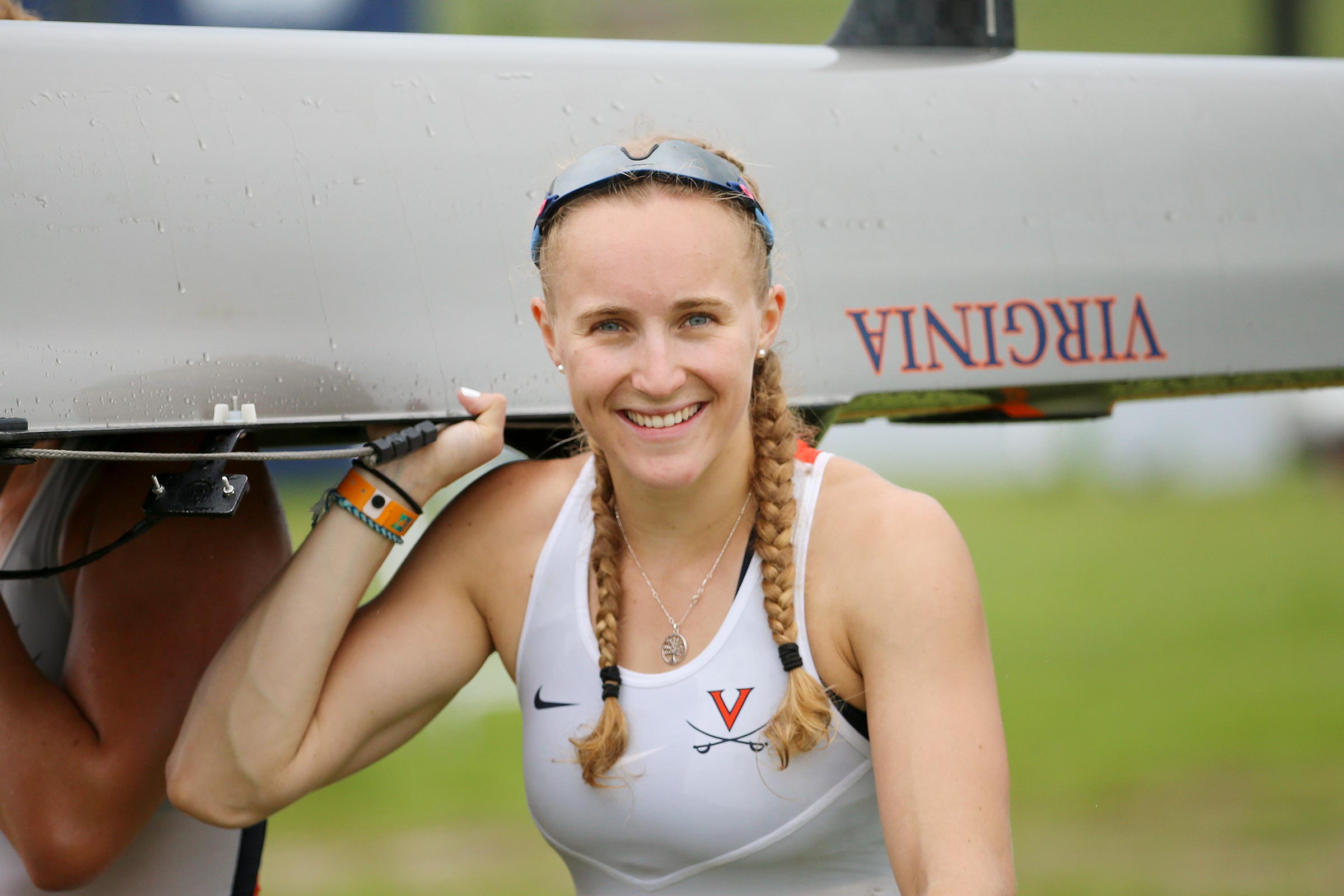 After serving on the Student-Athlete Advisory Committee her first three years, Long is on the group’s executive board this year. Through that organization, Long also serves as a liaison with Student Council’s Athletic Affairs Committee.

Teammates say one of Long’s most endearing qualities is her humility. After her performance in the under-23 World Championships, they could barely get her to talk about it.

“She never wants the attention on her,” Ashton said. “She wants to do well, but even more than that wants everyone to do well. It’s a quality not a lot of people have.”

“Yes, it’s always nice to have a medal around your neck at the end,” she said, “but that’s not what I want to get out of it. I enjoy the intrinsic reward of trying to be a little bit better than you were the day before.

Someday, Long hopes to pursue her master’s degree near London, possibly in clinical psychology or something biology-related.

For now, she’s enjoying her last few months at a place she has come to consider a second home.

“I think the opportunities at UVA to become who you want to be as a person are uncompromised,” she said. “I’ve been able to explore so many different areas that I would have never tried before. I think the environment here is just unbelievable. I love the UVA culture – it feels really accepting.

“Everyone works hard, but also plays hard – so it’s fun. My four years have been really, really fun. I know once I leave, I will miss a lot of people. There are so many great people here.” 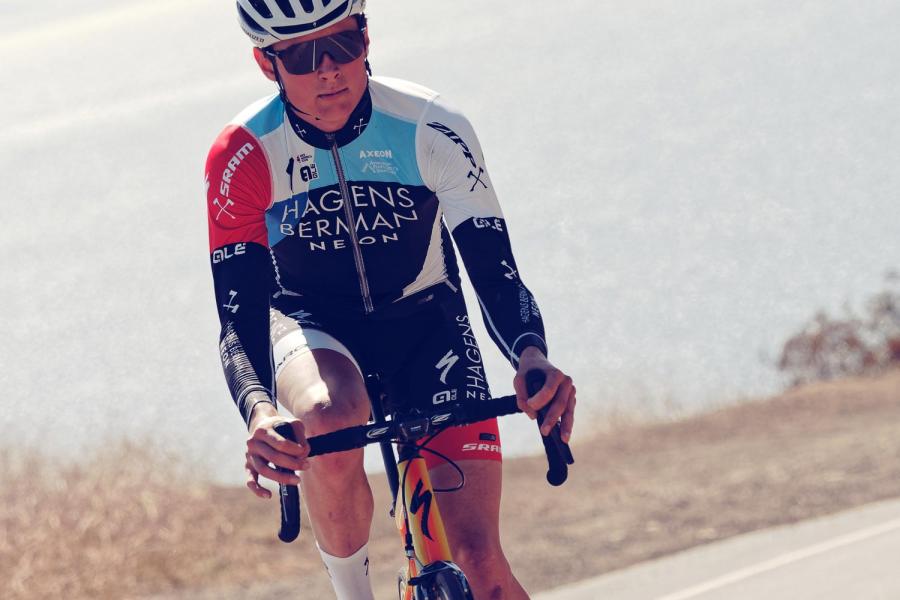 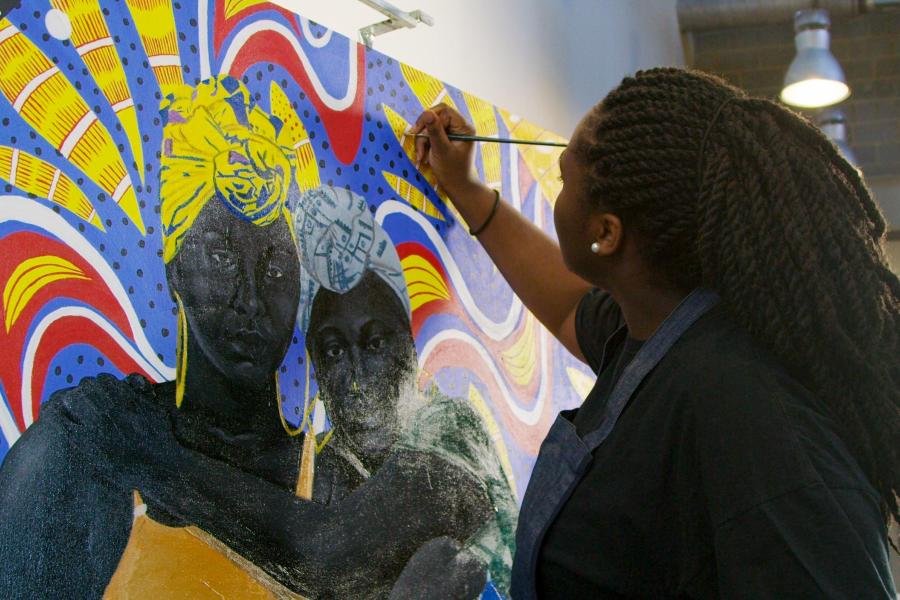 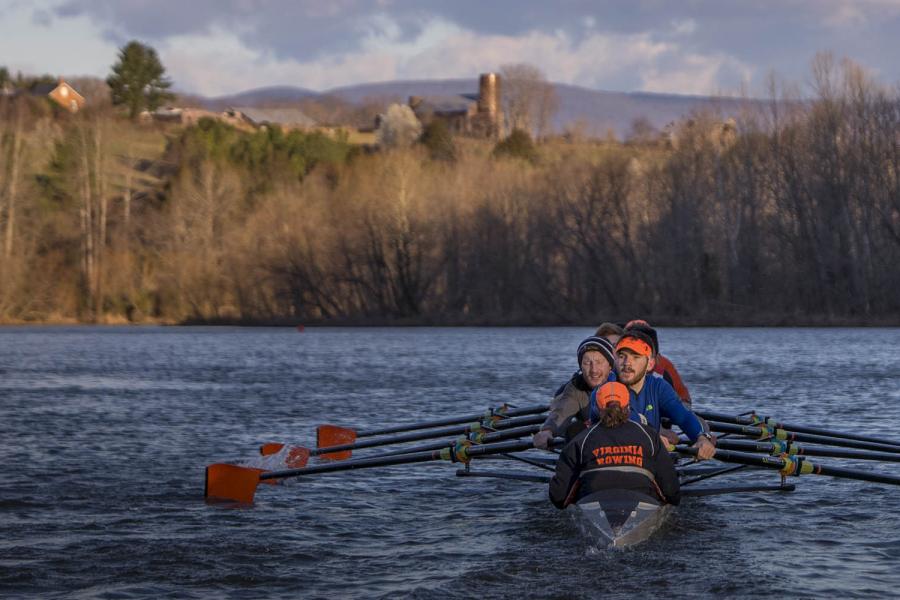