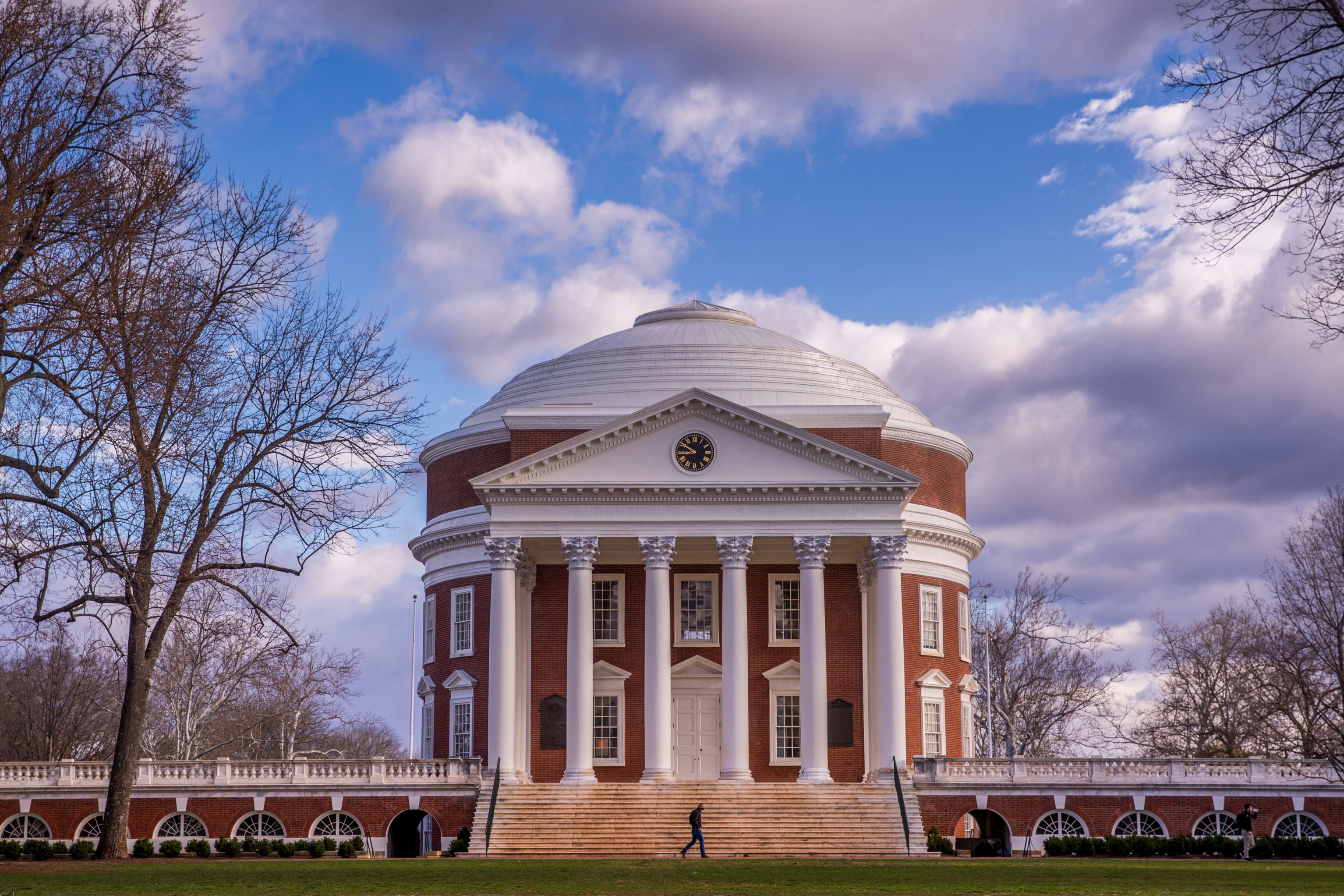 From studying attitudes toward malaria in South Africa to promoting water filtration in South Africa and Guatemala, 57 University of Virginia students will use Center for Global Health scholarships this summer to address public health problems with local partners around the globe.

The UVA Center for Global Health’s University Scholar Awards, evaluated and awarded by an interdisciplinary committee, fund projects up to $5,000 for an individual and $15,000 for a group. This year, the center has funded 27 projects in 13 countries, which include a study of the feasibility of telemedicine in several countries, a public health perspective on violence in St. Kitts & Nevis and an examination of cardiac disease during pregnancy in Rwanda. Several projects build on previous years’ work – such as assessing cancer treatment in Peru or studying the impact of bison grazing on the environment of the Great Plains.

The scholars, who represent multiple schools and disciplines, will conduct six- to eight-week, intensive, mentored research projects that allow students to engage in community-based projects with collaborative researchers who provide critical mentoring, guidance and support.

The University Scholar awards, the Center for Global Health’s largest single program, encourage students to combine their interests, concerns and ideas. Students travel to Latin America, Africa, the Caribbean and communities in the Unites States, where they engage in community-driven inquiry and form local partnerships.

“The CGH University Scholar Awardees are a fantastic group of students,” said Dr. Rebecca Dillingham, the center’s director. “The quality of the applications improves each year. We are delighted to help to support the students’ collaborations with community partners, as they work toward identification, development and evaluation of potential solutions to global health challenges.”

Candidates must complete a comprehensive application describing their projects and personal goals, as well as undergo an interview by a selection committee consisting of faculty from across Grounds and a former University Scholar.

“While conducting their projects, the students learn about the communities’ health challenges and ideas for addressing them, and about how they, the students, can partner with the communities to imagine, design and implement solutions,” Dillingham said. “This experience is consistently described as transformative by CGH student scholars. The students hone skills not only in global health research and evaluation, but also in cultural humility, teamwork and resilience.”

This year’s scholars are:

• Simran Budhwar of Woodbridge, a second-year public affairs major, and William Burris of Richmond, a third-year nursing student, who will examine factors leading to patients acquiring diseases in the intensive care units of Rwandan hospitals, and how these can be limited.

• Megan Dombrowski of Marstons Mills, Massachusetts, a second-year student in the Frank Batten School of Leadership and Public Policy, also majoring in global security and justice, and Charlotte Brake of Swarthmore, Pennsylvania, a second-year student in the Batten School, also majoring in global development studies, who will contribute to a study on alcohol-related sexual risk among University of Venda students in Limpopo, South Africa, with the interviews providing a larger-scale survey methodology to be applied to the province beyond the university setting.

•  Merly Konathapally of Virginia Beach, a second-year biochemistry major, and Olivia Jones of Lorton, a third-year biomedical engineer major, who will further analyze the long-term impact of the PureMadi point-of-use water technology intervention, examining the environmental water quality and surveying the existing household water storage to estimate the process’s effects on the health of children in Limpopo, South Africa.

• Lauren Greenwood of Arlington Heights, Illinois, a third-year human biology major, who will examine young people’s management of uncertainty – specifically, how young people in Khayelitsha, South Africa, think and speak about their futures given the uncertainty of their circumstances, especially including education, employment and sexuality.

• Cameron Haddad of Tucker, Georgia, a third-year economics major, and Kamwoo Lee of Seoul, South Korea, a Ph.D. candidate in systems and information engineering, who will examine behavior of the traditionally religious or those with dual beliefs and their interaction with the health system in Limpopo, South Africa.

• John Hensien of Charlottesville, a third-year human biology major, who will study whether early malnutrition and stunting contributes to a later risk of metabolic syndrome amongst the Malnutrition and Enteric Disease cohort in Tanzania, building on previous research.

• Michelle Walsh of Charlottesville, a Ph.D. candidate in religious studies, who will explore the relationships between culture, mental health and Buddhist practices in Bhutan. While Buddhist meditation practices have been used as interventions to address mental health issues worldwide, the impact of contextual factors has not been adequately studied and Bhutanese officials report there is an increase in the rate of suicide.

•  Imani Morgan Marks-Symeonides of Glen Allen; Danielle Morrone of Charlottesville; Shernai Banks of Norristown, Pennsylvania; and Charlotte Pitt of Charlottesville, all third-year Master of Science in Nursing/Clinical Nurse Leader students in the School of Nursing, who will explore the care continuum of cervical cancer, from screening to detection to colposcopy and through follow-up treatment, in Bluefields, Nicaragua.

• Mary Collins of Arlington Heights, Illinois, a fourth-year biology and Italian studies major; Elizabeth Watt of Yorktown, a fourth-year anthropology and global studies major; Patrick Robinson of Fairfax, a third-year global studies major; and Lina Hong of Brookeville, Maryland, a second-year global public health major, who will produce, with the Self-Employed Women’s Association in India, a pilot curriculum to improve the understanding that the association’s rural women have of occupational health and safety, including what their exposures are and how to address them.

•  Jack Capra of Vienna, a fourth-year chemistry and religious studies major, and Jessica Duska of Charlottesville, a fourth-year religious studies major, who will work in the Dominican Republic to better understand the community’s knowledge of diabetes and its impacts, in an effort to develop tactics to address diabetes and treatment options based off the perceived causes of diabetes among the community.

• Andria Li of Charlottesville, a second-year Spanish and biology major; Parker Brodsky of Virginia Beach, a second-year biology and global public health major; and Anna Buttaci of Broussard, Louisiana, who will travel to communities in San Lucas Tolíman, Guatemala, to evaluate the effectiveness of water filtration systems implemented in previous years, assessing community perceptions of the water filters and educating people on them.

• Mariam Gbadamosi of New Castle, Delaware, a second-year prospective human biology major, and Hannah Sweeney of Wilbraham, Massachusetts, a first-year biology major in the School of Medicine, who will follow up on previous research of the effectiveness of the Women’s Reproductive Health course in the South Lake Atítlan Basin region of Guatemala.

• Madison Orlow of Fairfax, a fourth-year Spanish major, and Nicholas Aldredge of Charlottesville, a first-year student in the School of Medicine, who will investigate the impacts of the widespread use of resource-limited electronic medical records and the prevailing attitudes regarding the current version implemented at the Totonicapán Hospital in Guatemala.

• Krista Hartmann of Lynchburg, a third-year biology and studio art major, and Maeve Buni of Roseland, a third-year Spanish and biology major, who will examine the feasibility and reliability of telehealth connections between the Totonicapan Hospital in Guatemala and the United States. The project aims to ensure that the UVA Guatemala Initiative and UVA’s Karen S. Rheuban Center for Telehealth [could confidently initiate a high-quality, professional tele-ultrasound teaching program.

• Maya Lezzem of McLean, a second-year undeclared major, who will explore decreasing the maternal and infant mortality rate in the Democratic Republic of the Congo through telemedicine systems that link to the UVA Health System to enable implementation of a training course for nurse midwives.

• Trina K. Kumodzi of Baltimore, a third-year Ph.D. candidate in nursing at the School of Nursing, who will create a profile of homicide victims and perpetrators in Nevis and describe the circumstances, motives and weapons used in the individual acts of homicide from 2000 to 2017.

•  Diana Wilson of Clayton, Delaware, a fourth-year sociology and women’s studies double-major; Maame Esi Eghan of Lorton, a second-year student; and Ernest Addy-Nettey of Dumfries, a second-year computer science major, who will provide 10 college women at the University of Ghana, Legon, with skills in finance or technology, mentorship and leadership development to prepare them for internships at top firms in Ghana.

• Kpankpando Anyanwu of Roanoke, a third-year anthropology and women, gender and sexuality major, who will study how a stroke may trigger the onset of depression characteristics, either major or minor, in Nigeria.

• Harshini Pyata of Aldie, a first-year student in the School of Medicine, who will work with mentors at the University of Global Health Equity in Rwanda to evaluate the financial sustainability of community health cooperatives.

• Sam Powers of Herndon, a third-year biostatistics and religious studies major, who will contribute to multiple projects led by mentors at the University of Global Health Equity, including an assessment of the role of churches in community health-seeking behavior, and data analysis for a study on malnutrition in Rwanda between 2005 and 2010.

•  Shannon Barter of Charlotte, North Carolina, a first-year student in the School of Medicine, who will participate in a study on glucose monitoring in surgical pediatric patients, seeking to potentially improve pre-operative protocols.

At UVA, There Is a Club for Everyone END_OF_DOCUMENT_TOKEN_TO_BE_REPLACED