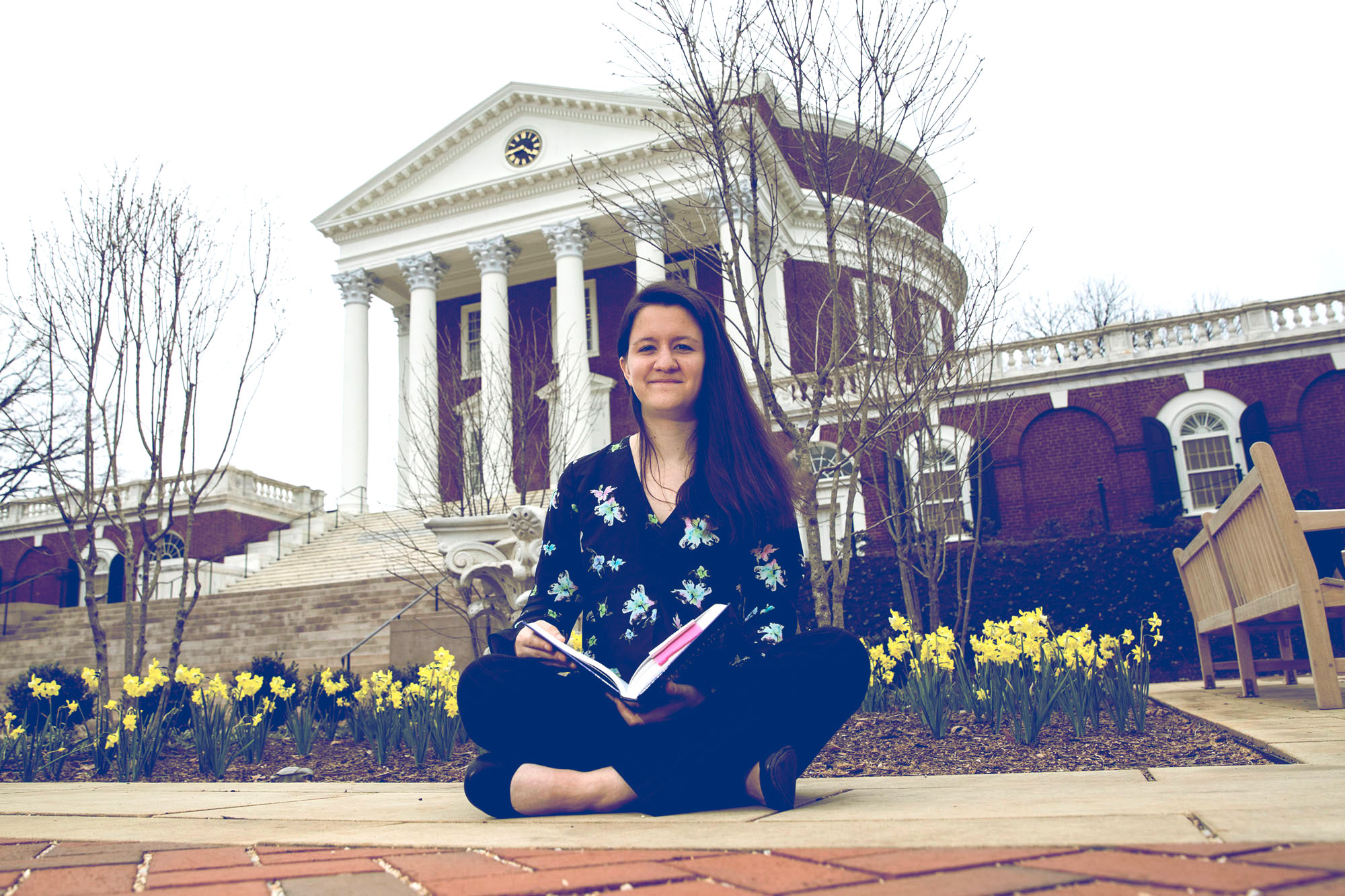 A University of Virginia astrophysics student has received a scholarship from the Barry M. Goldwater Scholarship and Excellence in Education Foundation for 2017. Two other students received honorable mentions.

“It is such a thrill and an honor to receive this scholarship,” Andersen said. “It has reminded me how fortunate I am to have had such generous and steadfast support over the years from my mentors and my family.”

Andersen is among 240 students selected for the Goldwater Scholarship this year, from a pool of 1,286 nominees from 470 institutions. The scholarship of $7,500 per academic year is awarded based on merit.

“We are extremely proud that Bridget Andersen was named a scholarship recipient, and that Arvind Gupta and Christina Lee have each received an honorable mention for the 2017 Goldwater competition,” said Michael Timko, professor of biology and public health sciences, director of the Echols Scholars program and UVA representative for the Goldwater Scholarship competition. “The Barry Goldwater Scholarship is among the most highly competitive, merit-based awards available for outstanding undergraduates intent on pursuing a career in research in the natural sciences, mathematics and engineering. Recipients of the award often use this as a steppingstone for future awards and accolades later in the academic careers.”

Andersen has been working with UVA professor Craig Sarazin on an analysis of the X-ray emissions from a galaxy cluster, Abell 3653. Clusters consist of thousands of galaxies surrounded by extremely hot intergalactic gas that emits in the X-ray portion of the electromagnetic spectrum. The Abell 3653 cluster has characteristics that seem to contradict current theories for galaxy formation within clusters.

“In my research with Professor Sarazin, I have conducted a comprehensive analysis of the X-ray emission from Abell 3653, revealing previously undiscovered evidence that Abell 3653 is actually multiple clusters merging together into one,” Andersen said.

Andersen, who has always been interested in how things work, is thrilled to be exploring the fundamental questions of the universe itself.

“The extreme environments found in space provide spectacular laboratories for probing and answering questions about the cosmos,” Andersen said. “In particular, galaxy clusters and their mergers are some of the largest, most energetic laboratories in the universe. I find these enormous structures fascinating because they allow us to study a plethora of fundamental physical and astronomical phenomena, ranging from dark matter to plasma physics to galaxy evolution.”

Olivier Pfister, a professor of experimental atomic, molecular and optical physics, said Andersen is a rare student. “Bridget is passionate about physics and we’ve had long conversations about physics, astronomy, quantum computing, Carl Sagan's books and the desperately slow evolution of women’s place in research and science,” he said. “Bridget is a pleasure to teach. I’ve been very fortunate to have her in two courses, and in both she was the student who could answer, and ask, the tough questions. Her exams and homework assignments are a pleasure to grade as she leaves no stone unturned.”

Pfister said previous Goldwater Scholars in physics have gone on to doctoral and postdoctoral careers at top institutions and become faculty members. He thinks Andersen has similar potential.

“Bridget is considered among the best students among her cohort in physics/astrophysics and is also one of those special students whose passion for her work excites everyone around her,” Timko said. “Bridget and all of our nominees represent what we at the University of Virginia believe is excellence as an undergraduate research-scholar, and all have achieved exemplary academic records and demonstrate outstanding potential for basic and applied scientific research.”

An Echols Scholar and a College Science Scholar, Andersen is an executive board member of the Astronomy Club and a member of the Society of Physics Students; the Taekwondo Club; the Outdoors Club; the Raven Society; and the Sigma Pi Sigma Physics Honor Society. She received Intermediate Honors and has been on the dean’s list. A graduate of the Thomas Jefferson High School for Science and Technology in Fairfax County, she plans to pursue a Ph.D. in astrophysics and conduct astronomical research at a university or national institute.

Andersen also sees a connection between her two majors.

“When I ponder the future of astronomy, I see great potential in the intersection between astronomy and computer science,” Andersen said. “I envision astronomers using advanced machine-learning algorithms as well as hyper-efficient software designed with a knowledge of computer architecture, parallelization and optimization. With this future in mind, I hope to apply what I’ve learned at UVA to that fascinating junction of disciplines where astronomy and computer science meet.”

“The origin of fast radio bursts remains a huge mystery in astronomy,” Andersen said. “Although astronomers had detected more than 20 fast radio bursts since their discovery in 2007, the resolution of the telescopes used to detect them limited our ability to localize them to their exact sources. Because of their elusive and mysterious nature, fast radio bursts were a hot research topic at the time of my internship at NRAO.

“In August 2016, my advisers were finally able to identify and localize a burst to a source outside of our galaxy. Working on such a timely and cutting-edge project was truly exhilarating.”

The Barry Goldwater Scholarship and Excellence in Education Program was established by Congress in 1986 to honor Sen. Barry Goldwater, who served his country for 56 years as a soldier and statesman, including 30 years in the U.S. Senate. The purpose of the foundation is to provide a continuing source of highly qualified scientists, mathematicians and engineers by awarding scholarships to college students who intend to pursue research careers in these fields.

How a Single Email Changed a Life END_OF_DOCUMENT_TOKEN_TO_BE_REPLACED

Fall Is in the Air on Grounds END_OF_DOCUMENT_TOKEN_TO_BE_REPLACED

At UVA, There Is a Club for Everyone END_OF_DOCUMENT_TOKEN_TO_BE_REPLACED