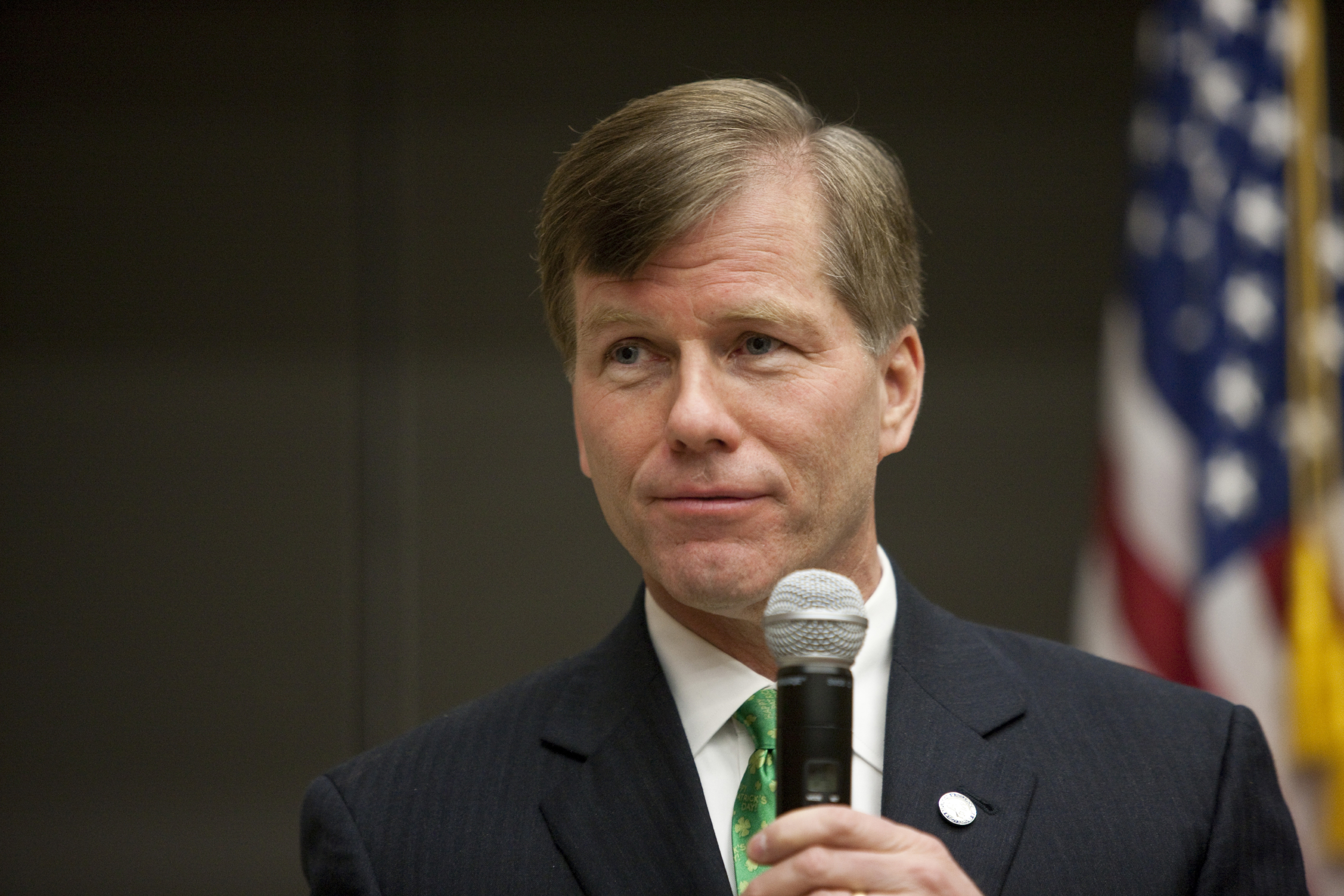 January 25, 2011 — Virginia Gov. Robert F. McDonnell will deliver the commencement address at the University of Virginia's 182nd Final Exercises on May 22. He will speak on the Lawn following the traditional academic procession, which begins at 10 a.m.

President Teresa A. Sullivan made the selection from nominations forwarded by the Public Occasions Subcommittee of the Commencement and Convocations Committee, which comprises students and faculty.

"We are honored and delighted to have Governor McDonnell as our commencement speaker," Sullivan said. "His participation will add to the significance of the day, and our students and parents will certainly enjoying hearing his remarks."

McDonnell was elected Virginia's 71st governor in 2009. The son of an Air Force officer, he spent most of his childhood in Fairfax County before heading to college at the University of Notre Dame. He attended college with the help of an Army ROTC scholarship. After graduation, he served in Germany and at Fort Eustis in Newport News, retiring from active and reserve duty in 1997 as a lieutenant colonel.

With his business degree, McDonnell went to work in Atlanta for American Hospital Supply Corp., but felt compelled to complete his education. He returned to Virginia, where he enrolled in Regent University in Virginia Beach, simultaneously pursuing degrees in public policy and law while serving in the Army Reserves and working in the circulation department at The Virginian-Pilot. "The years of no sleep," he calls that period.

After law school, he served as a commonwealth's attorney in Virginia Beach and was elected as a delegate to the Virginia General Assembly in 1991 to represent that city's 84th district. Working with then-Gov. George Allen, he sponsored legislation aimed at reforming drunk-driving laws, judicial evaluations and juvenile justice.

Since his election as governor, McDonnell has made higher education a priority, launching a commission that made recommendations to improve college accessibility for Virginians and, by 2025, to increase by 100,000 the number of degrees granted in the commonwealth, particularly in the sciences, technology, engineering and mathematics.

McDonnell and his wife Maureen have five children. Their two youngest sons, twins Bobby and Sean, are first-year students in U.Va.'s College of Arts & Sciences.

Class of 2020: Memories and Moments From a Long-Anticipated Celebration END_OF_DOCUMENT_TOKEN_TO_BE_REPLACED