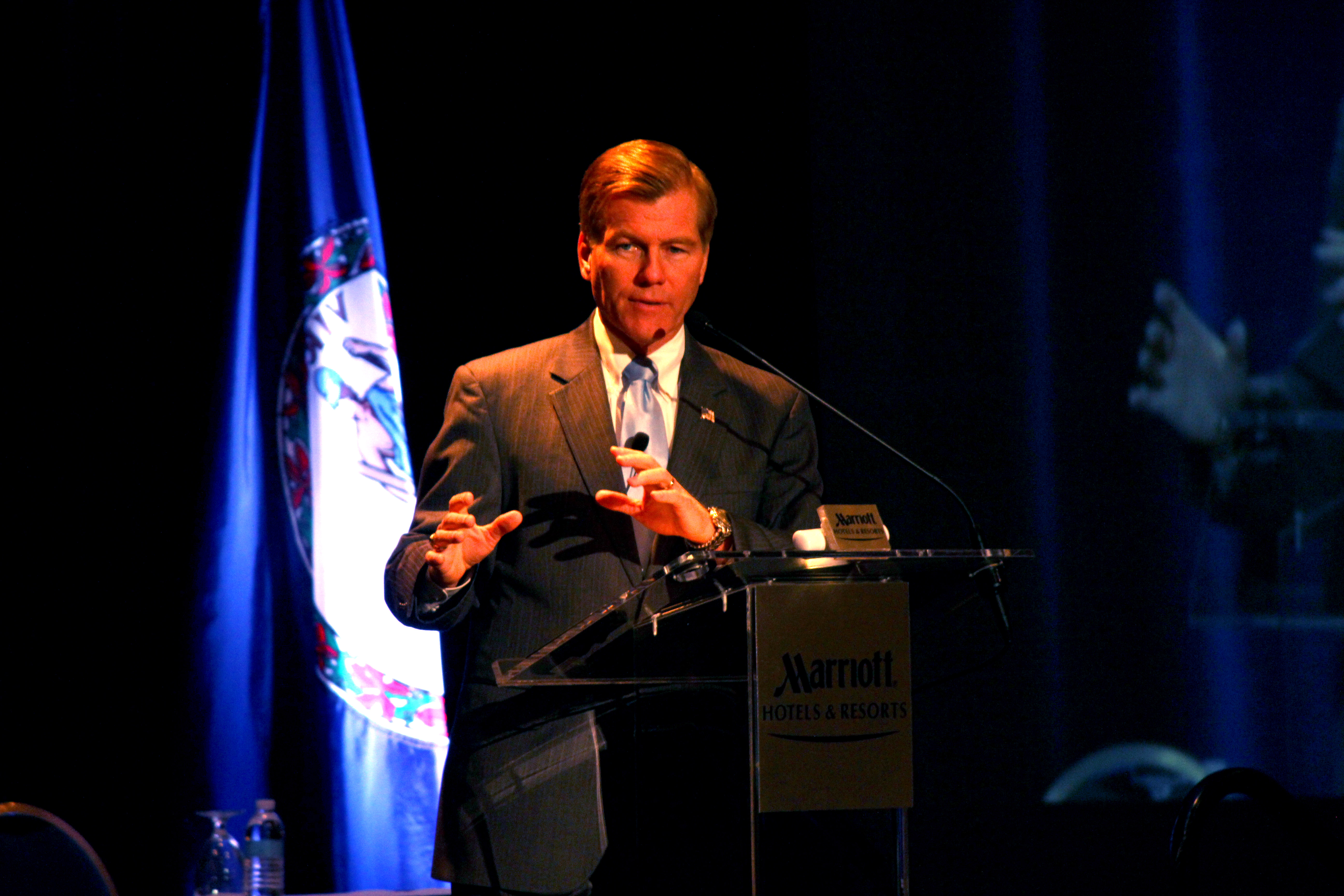 The hottest higher education acronym of the day, “STEM-H,” presents both opportunities and problems for Virginia, now and in the years ahead.

An opportunity for the commonwealth is that Virginia is among the nation’s leaders when it comes to the number of STEM-H jobs projected to be created in next four years. These are the engineers, computing experts, doctors and others whose professions reside under the high-paying umbrella of science, technology, engineering, mathematics and health.

One problem, however, is that the state’s colleges and universities aren’t yet in position to fill those jobs with ample numbers of graduates, and the United States overall faces stiff international competition.

“The pace of innovation around the world is breathtaking,” Gov. Robert F. McDonnell said Monday. “Are we going to be prepared to be able to keep up with it?”

The governor’s remarks were delivered during a forum sponsored by his office and the Virginia Business Higher Education Council. Held at the Richmond Marriott, the forum brought together college presidents, business leaders, K-12 educators and lawmakers for a day of discussion and debate focused on developing public-private strategies to increase degrees in STEM-H and other high-demand fields.

Legislation backed by the governor and passed by the General Assembly last year – the “Top Jobs Act” – calls for an increase of 100,000 degrees conferred to in-state students at Virginia’s public two- and four-year institutions over the next 15 years, with particular attention on STEM-H degrees.

McDonnell credited the University of Virginia for its leadership among state universities for placing more emphasis and resources on STEM-H curriculum, faculty and student-enrollment growth. He also congratulated U.Va. and other state schools for holding tuition increases down.

U.Va’s 3.7 percent increase in in-state undergraduate tuition this academic year is its smallest in a decade.

“That’s very good leadership and I’m very appreciative of that,” he said.

The governor and other forum speakers agreed that there is much hard work ahead – and considerable investment needed – to increase the science and math competencies of Virginia K-12 students, grow STEM-H on campuses and encourage the kind of innovation and brainpower demanded by businesses here and globally.

“The status quo is just not acceptable,” McDonnell said.

During that period, she said, Virginia can expect to see 79,000 STEM-H jobs, either newly created or replacements for retiring professionals. But the state’s colleges and universities are not graduating enough people in those fields to fill the jobs.

“We’re underproducing given the demand that we have,” she said.

Several of the day's speakers agreed that Virginia and the U.S. overall need more emphasis on science and mathematics at an early point in the K-12 experience.

“Make no mistake, America is blessed with a number of outstanding students and many exceptional teachers and many capable administrators. But on average – by world standards – we are failing,” said keynote speaker Norman R. Augustine, former chairman and CEO of Lockheed Martin.

Augustine said Virginia compares well to the top states in STEM-H issues at the K-12 level. But it’s not neighboring states that present the competitive challenge. For example, he said, U.S. students ranked 14th in reading, 17th in science and 25th in math among 33 countries assessed on those measures in 2009.

“One of the more profound consequences of globalization is that Americans no longer compete for jobs simply with their neighbors down the street or the graduates of a nearby high school or university,” he said. “Rather, they must now compete with their neighbors in Taiwan, Toulouse and Timbuktu.”

Two actions, he suggested, could go far to improve things: Assure that every K-12 classroom has a teacher with a degree in the core subject they teach, and that the federal government doubles its funding for basic research by universities.

“Similarly, we must strengthen the ties between our corporations and our research universities,” he said.

McDonnell urged college presidents and university board members in attendance to work closely with employers. “Listen to your customers, which are these businesses and the broader community,” he said.

The governor said he plans to focus on K-12 education during the coming legislative session. Along with serious ideas for improving STEM-H competencies and job opportunities, McDonnell recalled getting a telescope as a child and the curiosity it sparked when offering one whimsical strategy.

“We need to make it cool to be a geek again,” he joked.

It’s Copperhead Season in Virginia. Here Is What You Need to Know END_OF_DOCUMENT_TOKEN_TO_BE_REPLACED

What’s Next for UVA’s Class of 2022? END_OF_DOCUMENT_TOKEN_TO_BE_REPLACED