From Grandfather to Grandson, the Lessons of the Tulsa Race Massacre 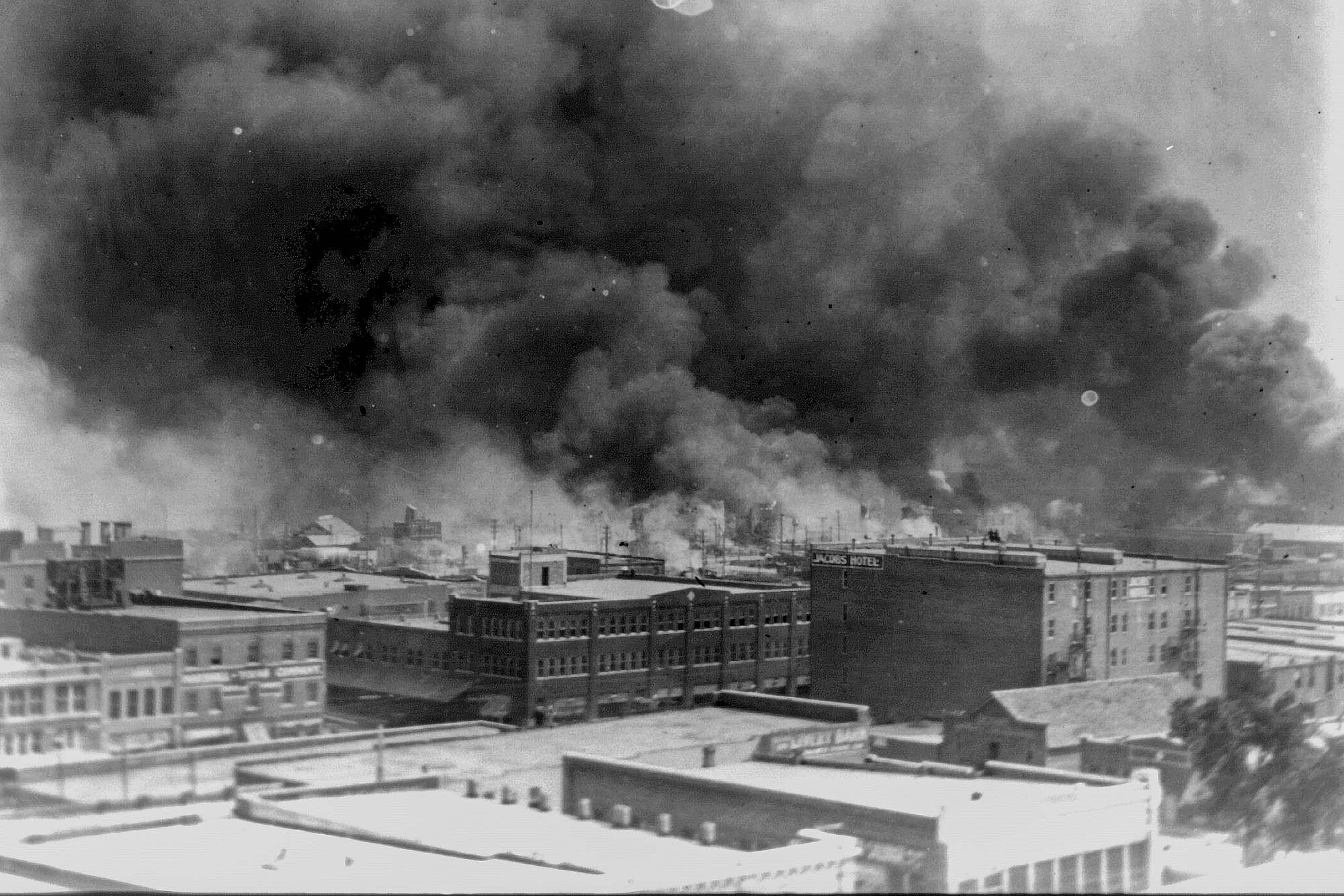 Editor’s note: Gregory Fairchild, the Isidore Horween Research Associate Professor of Business Administration at the University of Virginia’s Darden School of Business, wrote this piece for The Conversation, reflecting on his grandfather’s experience 100 years ago in Tulsa and his own work on the economic and social effects of segregation.

hen Viola Fletcher, 107, appeared before Congress earlier this month, she called for the nation to officially acknowledge the Tulsa race riot of 1921.

I know that place and year well. As is the case with Fletcher – who is one of the last living survivors of the massacre, which took place when she was 7 – the terror of the Tulsa race riot is something that has been with me for almost as long as I can remember. My grandfather, Robert Fairchild, told the story nearly a quarter-century ago to several newspapers.

Here’s how The Washington Post recounted his story in 1996:

At 92 years old, Robert Fairchild is losing his hearing, but he can still make out the distant shouts of angry white men firing guns late into the night 75 years ago. His eyes are not what they used to be, but he has no trouble seeing the dense, gray smoke swallowing his neighbors’ houses as he walked home from a graduation rehearsal, a frightened boy of 17.

His has since been a life of middle-class comfort, a good job working for the city, a warm family life. But he has never forgotten his mother’s anguish in 1921 as she fled toward the railroad tracks to escape the mobs and fires tearing through the vibrant Black neighborhood of Greenwood in north Tulsa.” 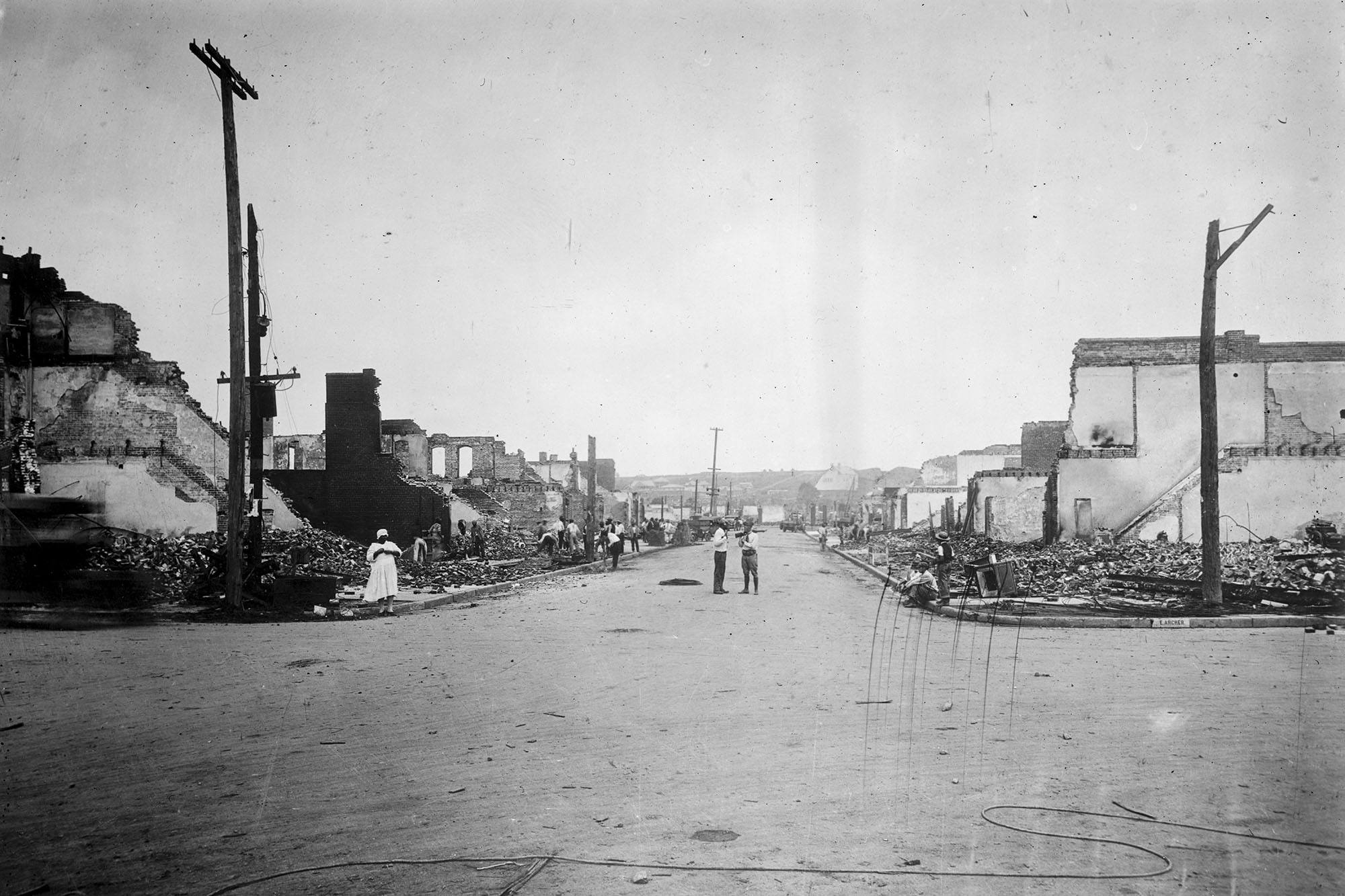 “There was just nothing left,” Fairchild told the newspaper.

The Washington Post article said the Tulsa race riots of 1921 were among the “worst race riots in the nation’s history.” It reported: “The death toll during the 12-hour rampage is still in dispute, but estimates have put it as high as 250. More than 1,000 businesses and homes were burned to the ground, scores of Black families were herded into cattle pens at the fairgrounds, and one of the largest and most prosperous Black communities in the United States was turned to ashes.”

Riots began after a white mob attempted to lynch a teenager falsely accused of assaulting a white woman. Black residents came to his defense, some armed. The groups traded shots, and mob violence followed. My family eventually returned to a decimated street. Miraculously their home on Latimer Avenue was spared.

Hearing about these experiences at the family table was troubling enough. Reading a newspaper account of your ancestors’ fleeing for their lives is a surreal pain. There’s recognition of your family’s terror, and relief in knowing your family survived what “60 Minutes” once called “one of the worst race massacres in American history.”

In spite of my grandfather’s witness, this same event didn’t merit inclusion in any of my assigned history texts, either in high school or college. On the occasions I’ve mentioned this history to my colleagues, they’ve been astonished. 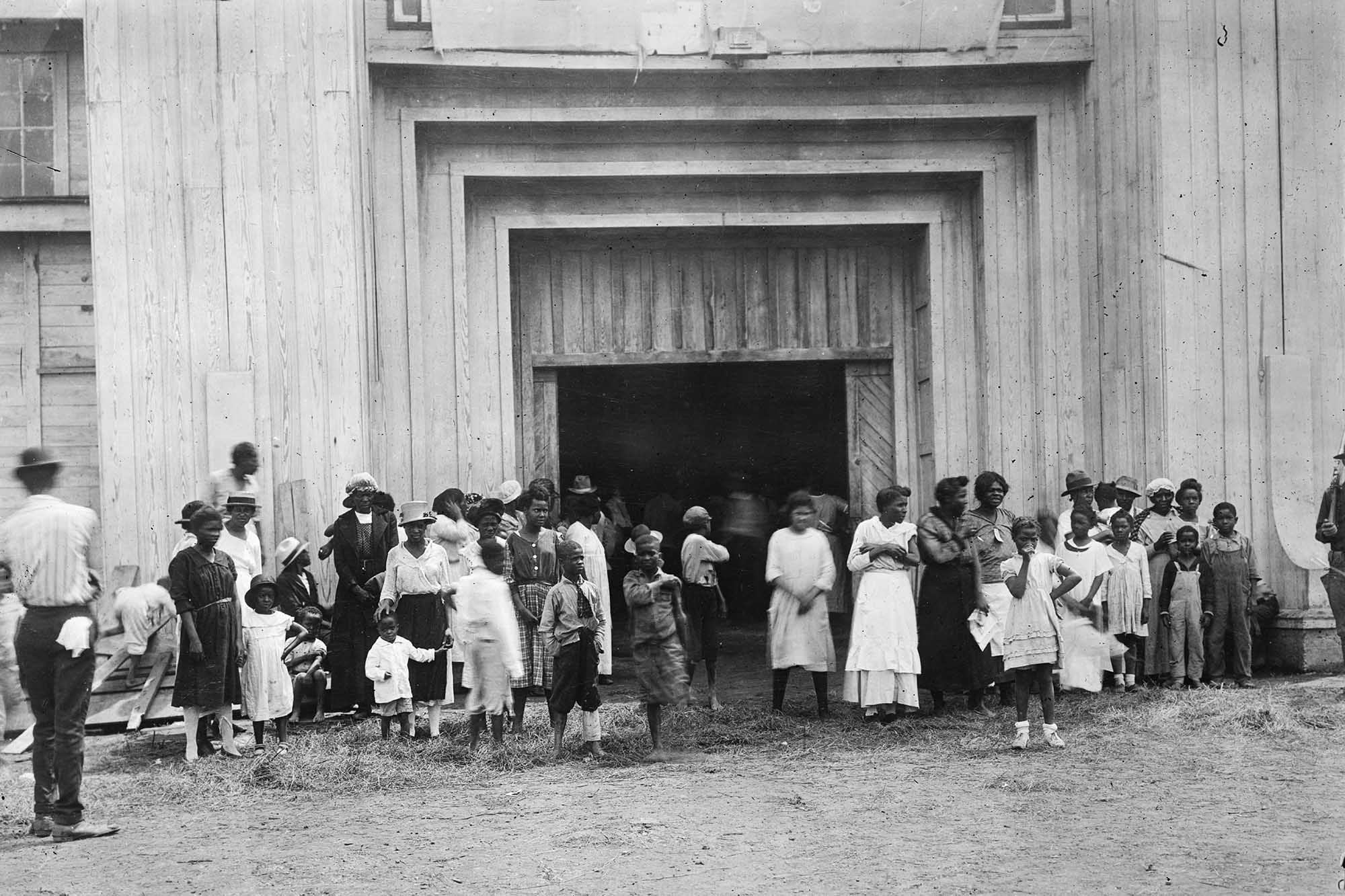 In 1996, at the 75th anniversary of the massacre, the city of Tulsa finally acknowledged what had happened. Community leaders from different backgrounds publicly recognized the devastation wrought by the riots. They gathered in a church that had been torched in the riot and since rebuilt. My grandfather told The New York Times then that he was “extremely pleased that Tulsa has taken this occasion seriously.”

“A mistake has been made,” he told the paper, “and this is a way to really look at it, then look toward the future and try to make sure it never happens again.”

That it took so long for the city to acknowledge what took place shows how selective society can be when it comes to which historical events it chooses to remember – and which ones to overlook. The history that society colludes to avoid publicly is necessarily remembered privately.

Even with massive destruction, the area of North Tulsa, known as Greenwood, became known for its economic vitality. On the blocks surrounding the corner of Archer Street and Greenwood Avenue in the 1930s, a thriving business district flourished with retail shops, entertainment venues and high-end services. One of these businesses was the Oklahoma Eagle, a Black-owned newspaper. As a teenager in the early 1940s, my father had his first job delivering the paper.

Without knowing the history, it would be a surprise to the casual observer that years earlier everything in this neighborhood had been razed to the ground. The Black Wall Street Memorial, a black marble monolith, sits outside the Greenwood Cultural Center. The memorial is dedicated to the entrepreneurs and pioneers who made Greenwood Avenue what it was both before and after it was destroyed in the 1921 riot. 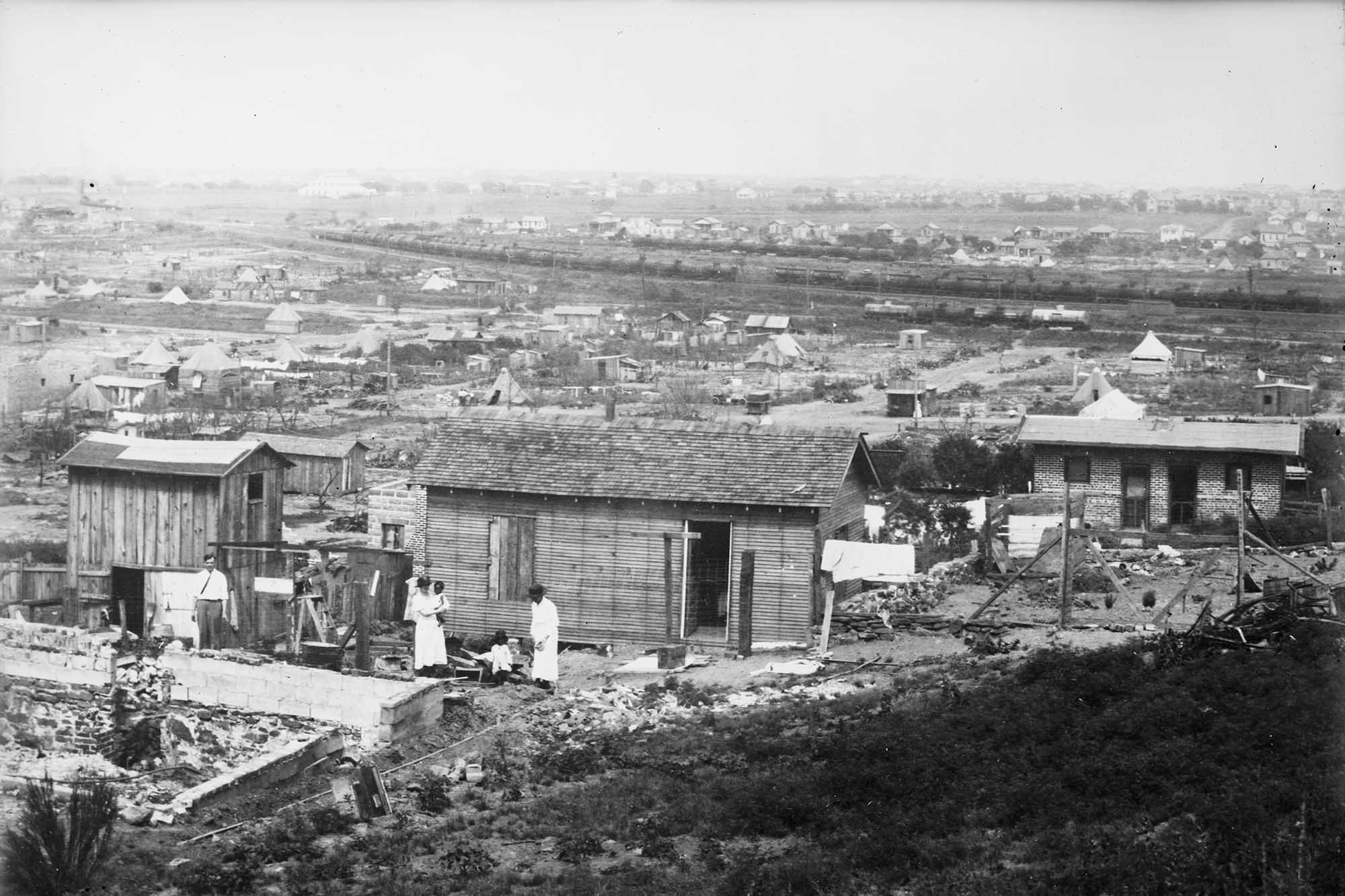 Although I grew up on military bases across the world, I would visit Greenwood many times over the years. As I grew into my teenage years in the 1970s, I recognized that the former vibrant community was beginning to decline. Some of this was due to the destructive effects of urban renewal and displacement. As with many other Black communities across the country, parts of Greenwood were razed to make way for highways.

Some of the decline was due to the exit of financial institutions, including banks. This contributed to a decrease in opportunities to build wealth, including savings and investment products, loans for homes and businesses, and funding to help build health clinics and affordable housing.

And at least some was due to the diminished loyalty of residents to Black-owned businesses and institutions. During the civil rights movement, downtown Tulsa businesses began to allow Black people into their doors as customers. As a result, Black residents spent less money in their community.

At the end of my father’s military career in the 1970s, he became a community development banker in Virginia. His work involved bringing together institutions – investors, financial institutions, philanthropists, local governments – to develop innovative development solutions for areas like Greenwood. For me, there are lessons in the experiences of three generations – my grandfather’s, father’s and mine – that influence my scholarly work today.

On the one hand, I study how years after the end of legal segregation, Americans remain racially separate in our neighborhoods, schools and workplaces and at alarmingly high levels. My research has shown how segregation depresses economic and social outcomes. In short, segregation creates closed markets that stunt economic activity, especially in the Black community.

On the other hand, I focus on solutions. One avenue of work involves examining the business models of Community Development Financial Institutions, or CDFIs, and Minority Depository Institutions, or MDIs. These are financial institutions that are committed to economic development – banks, credit unions, loan funds, equity funds – that operate in low- and moderate-income neighborhoods. They offer what was sorely needed in North Tulsa, and many other neighborhoods across the nation – locally attuned financial institutions that understand the unique challenges families and businesses face in minority communities.

There are interventions we can take, locally and nationally, that recognize centuries of financial and social constraint. Initiatives like the 2020 decision by the Small Business Administration and U.S. Treasury to allocate $10 billion to lenders that focus funds on disadvantaged areas are a start. These types of programs are needed even when there aren’t full-scale economic and social crises are taking place, like the COVID-19 epidemic or protesters in the street. Years of institutional barriers and racial wealth gaps cannot be redressed unless there’s a recognition that capital matters.

The 1921 Tulsa race riot began on May 31, only weeks before the annual celebration of Juneteenth, which is observed on June 19. As communities across the country begin recognizing Juneteenth and leading corporations move to celebrate it, it’s important to remember the story behind Juneteenth – slaves weren’t informed that they were emancipated.

After the celebrations, there’s hard work ahead. From my grandfather’s memory of the riot’s devastation to my own work addressing low-income communities’ economic challenges, I have come to see that change requires harnessing economic, governmental and nonprofit solutions that recognize and speak openly about the significant residential, educational and workplace racial segregation that still exists in the United States today.

Class of 2020: Memories and Moments From a Long-Anticipated Celebration END_OF_DOCUMENT_TOKEN_TO_BE_REPLACED