‘He Felt Like He Was Superman’: Ernie Clement’s Legend Grows With Hall of Fame Induction 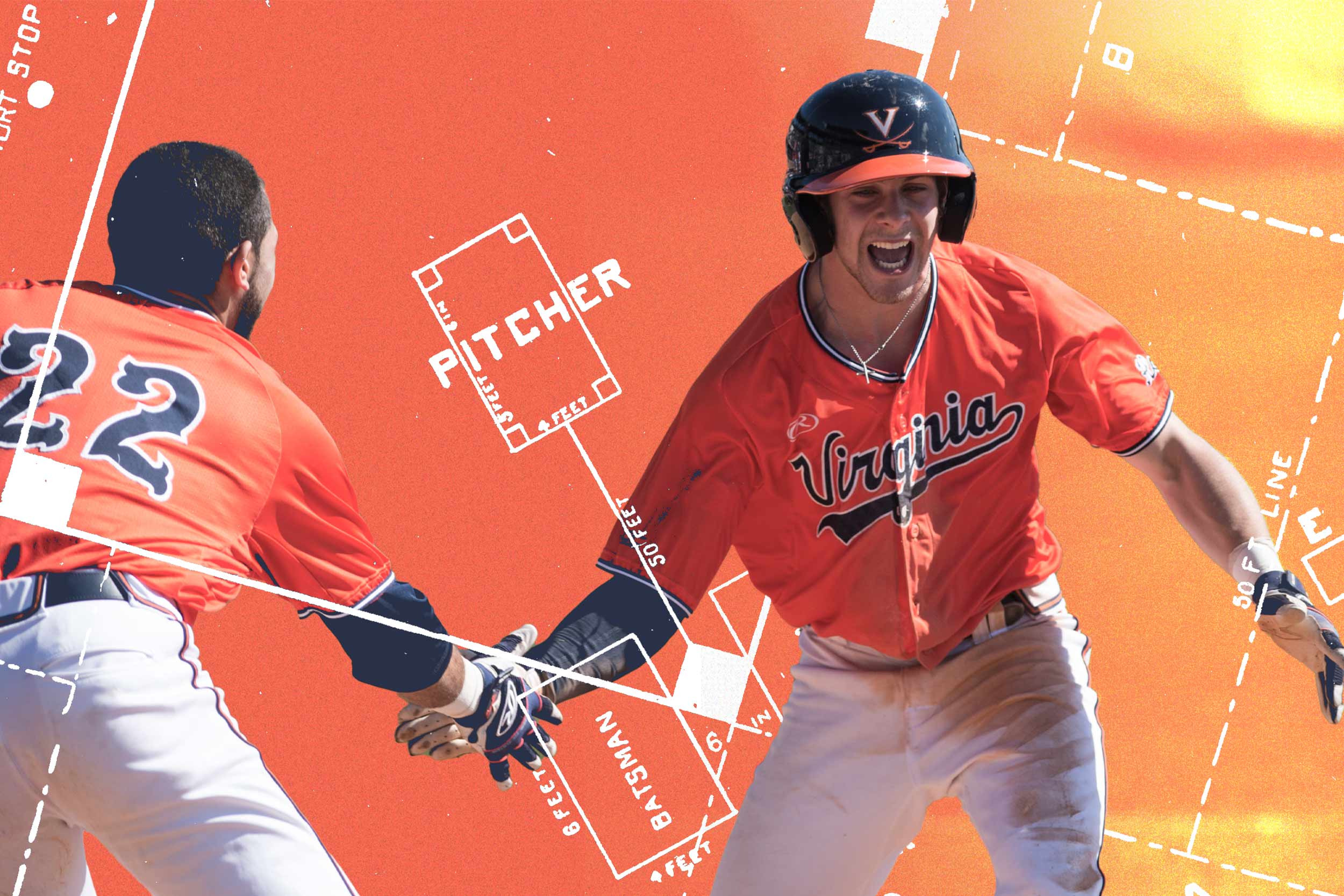 A familiar scene around UVA baseball from 2015 to 2017: a joyous Ernie Clement celebrating with teammates. (Photo Illustration by Emily Faith Morgan, University Communications)

While most University of Virginia baseball fans were fully introduced to Ernie Clement on June 6, 2015, when he hit a walk-off RBI single to send the Cavaliers to the College World Series, Pavin Smith’s first impression of the fun-loving infielder wasn’t as celebratory.

Smith was a wide-eyed freshman in head coach Brian O’Connor’s powerhouse UVA program in the fall of 2014. The Wahoos were coming off a run to the College World Series finals the previous season and Smith, despite entering Grounds as one of the best recruits in the country, was careful not to mess anything up. The high school All-American strived from the beginning to meet every team expectation – those written and unwritten.

If only Smith’s classmate had that kind of razor-sharp focus.

“Ernie just happened to be the first guy to miss an optional [weightlifting session],” Smith said of a player-led workout. “So, I wrote that down – ‘Don’t miss an optional lift’ – because he got in a decent amount of trouble with some of the veteran players. And he was some skinny guy who probably could have used the lift.”

In Clement’s defense, he was getting exercise while his teammates grinded in the weight room. He was off playing intramural flag football.

“I threw like four touchdowns,” Clement said. “I played great.”

Clement’s path to the UVA Baseball Hall of Fame – he’ll be inducted alongside fellow Wahoo greats Smith, Adam Haseley, Kyle Crockett and Joe Hicks during a Saturday ceremony at John Paul Jones Arena – is filled with such stories. 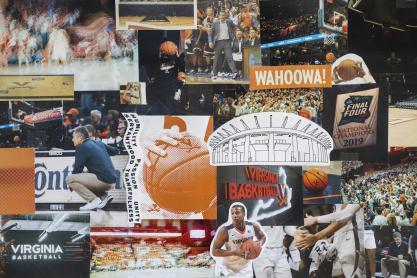 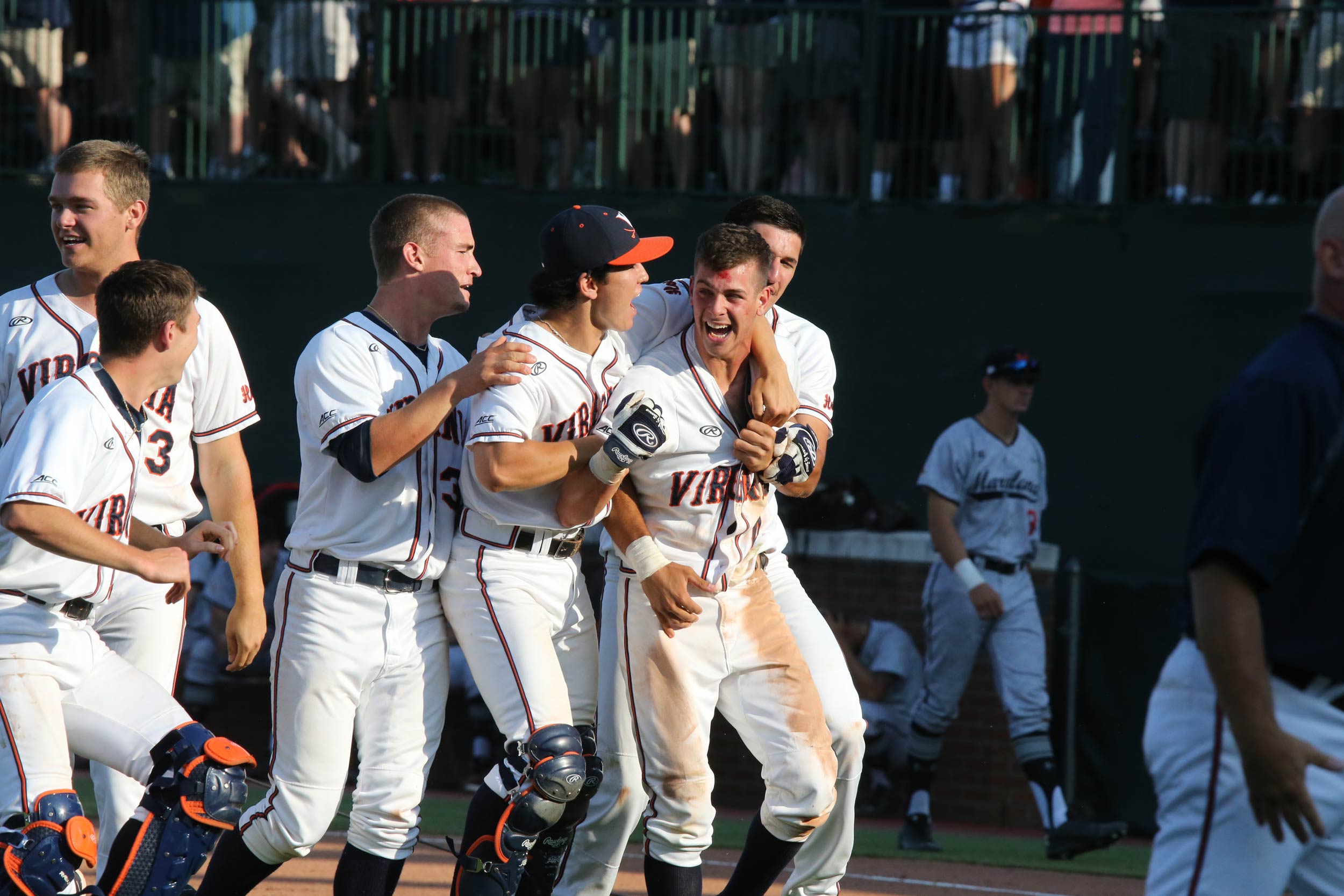 Clement is all smiles after delivering the game-winning hit to send the Wahoos to the 2015 College World Series. (Photo by Jim Daves, UVA Athletics)

You can’t talk about Clement’s clutch hits and highlight-reel defensive plays without recognizing his carefree approach to life, on and off the diamond.

“He was not scared to do anything,” Haseley said.

“Everyone loved him,” Smith said.

One annual challenge for O’Connor over his successful 19 seasons at UVA has been trying to piece together a gifted roster that smoothly blends a range of backgrounds and personalities.

A clubhouse full of the “same kind of guys,” he said, can feel robotic and stale.

UVA’s 13-member 2014 recruiting class, which ranked as the nation’s second-best by Baseball America at the time, was headlined by Smith and Haseley. One a first baseman (Smith) and the other a center fielder and pitcher (Haseley), the native Floridians were similar in several ways beyond an upbringing in the same sunny state and spots among Perfect Game’s top 150 high school players in the country. Smith and Haseley were modest, quiet-natured talents who thrived in structured environments.

Clement’s pre-UVA résumé couldn’t have looked more different. He was a hockey player from snowy Rochester, New York, who was also a three-time all-state baseball player. The lean 6-foot, 160-pound shortstop was considering baseball opportunities with Niagara University and Monroe Community College before he drew the eye of Cavalier assistant coach Kevin McMullan at a camp and was offered a scholarship to UVA. 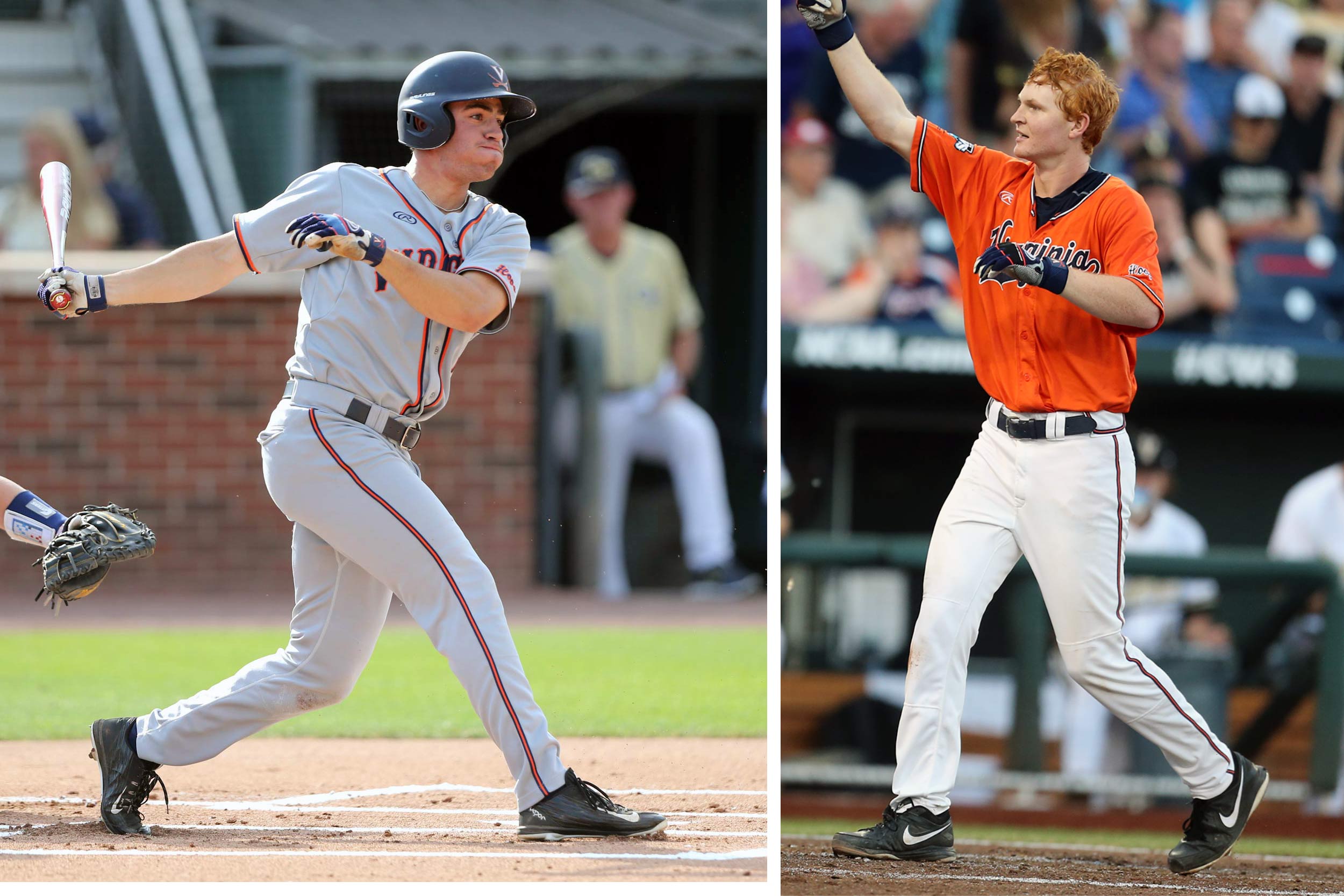 In contrast to Smith and Haseley, Clement was the outgoing type who could seemingly ab-lib his way through anything.

“He had that attitude of always being able to figure things out,” Haseley said. “With me, I have to sit there and analyze it before I try it. And Ernie’s like, ‘Yeah, whatever, I’ll just go do it. No matter what happens, it’ll be fine.’

“I enjoyed seeing that and playing alongside that. I definitely could use more of that. It’s not a bad quality at all.”

Making their case as the most potent freshman trio in UVA baseball history, Haseley, Smith and Clement started more than 60 games together in 2015 as the Wahoos captured the program’s first national championship.

While he ended that season as a second baseman – the position he practiced all fall – Clement began it as a center fielder. He was told of a position change only days prior to UVA’s opening series at East Carolina University as injuries mounted in the Wahoo outfield.

“I didn’t take fly balls (in practice) until the week before the first game,” Clement said. “I went out there because they were like, ‘Hey, can you take some fly balls?’ I had made a couple of diving catches in batting practice and they were like, ‘Here’s the deal, you’re going to have to play center field opening day.’ And I’m like, ‘Hey, perfect, let’s do it.’”

Clement went on to start 179 games  at three different positions over three seasons at UVA. He recorded 228 hits in a Cavalier uniform, none more important than the dramatic knock against the University of Maryland that clinched for the Hoos the 2015 Charlottesville Super Regional en route to the national title.

The once unheralded recruit became a two-time All-Atlantic Coast Conference selection and a fourth-round pick of the then-Cleveland Indians in the 2017 Major League Baseball Draft. He made his big-league debut with Cleveland in 2021 and is now in the Oakland Athletics organization.

Haseley and Smith both more than lived up to their billing as prized prospects. Haseley, whose out-of-nowhere pitching performance in Game 2 of the 2015 College World Series finals against Vanderbilt University is forever etched in UVA lore, became a two-time All-American and the eighth overall pick of the 2017 draft. A big-leaguer since 2019, Haseley is now with the Chicago White Sox.

Smith, who hit a key home run in the deciding Game 3 of the 2015 CWS finals, became a two-time All-ACC selection and the No. 7 pick of the 2017 draft. A big-leaguer since 2020, Smith is with the Arizona Diamondbacks.

“I don’t want to speak for them, but my observation is they fed off each other a little bit,” O’Connor said. “Because Pavin Smith and Adam Haseley, they might have needed Ernie Clement in their lives to help give them the confidence to believe that they could do the things they could do. Because nobody was going to tell Ernie Clement he couldn’t do something. He had that ultimate competitive spirit.

“Maybe they needed a little of that swagger to rub off on them. And I think it did.”

Smith, an inch taller and more than 40 pounds heavier than Clement, said he nonetheless looked up to him while at UVA.

“He’s just a fun guy,” Smith said. “He likes to go out and compete. I really look at him as being very mentally strong, being able to deal with failure and not worry about it and move on to the next play, the next swing, the next at-bat.

“It was super impressive to watch.”

Clement, despite evidence of his own worthiness, is simply honored to still be associated with Haseley and Smith, a pair he calls a “couple of college baseball legends.”

O’Connor has his own label for Clement. Of the 41 members, Clement’s “the most unique player who has been inducted into our Hall of Fame,” he said. “He’s an awesome example that you don’t have to be from a warm-weather climate or be the most well-known high school baseball player or be the biggest guy on the field to make an impact.