Hidden in the Margins: U.Va. Project Saves Unique Pages of the Past 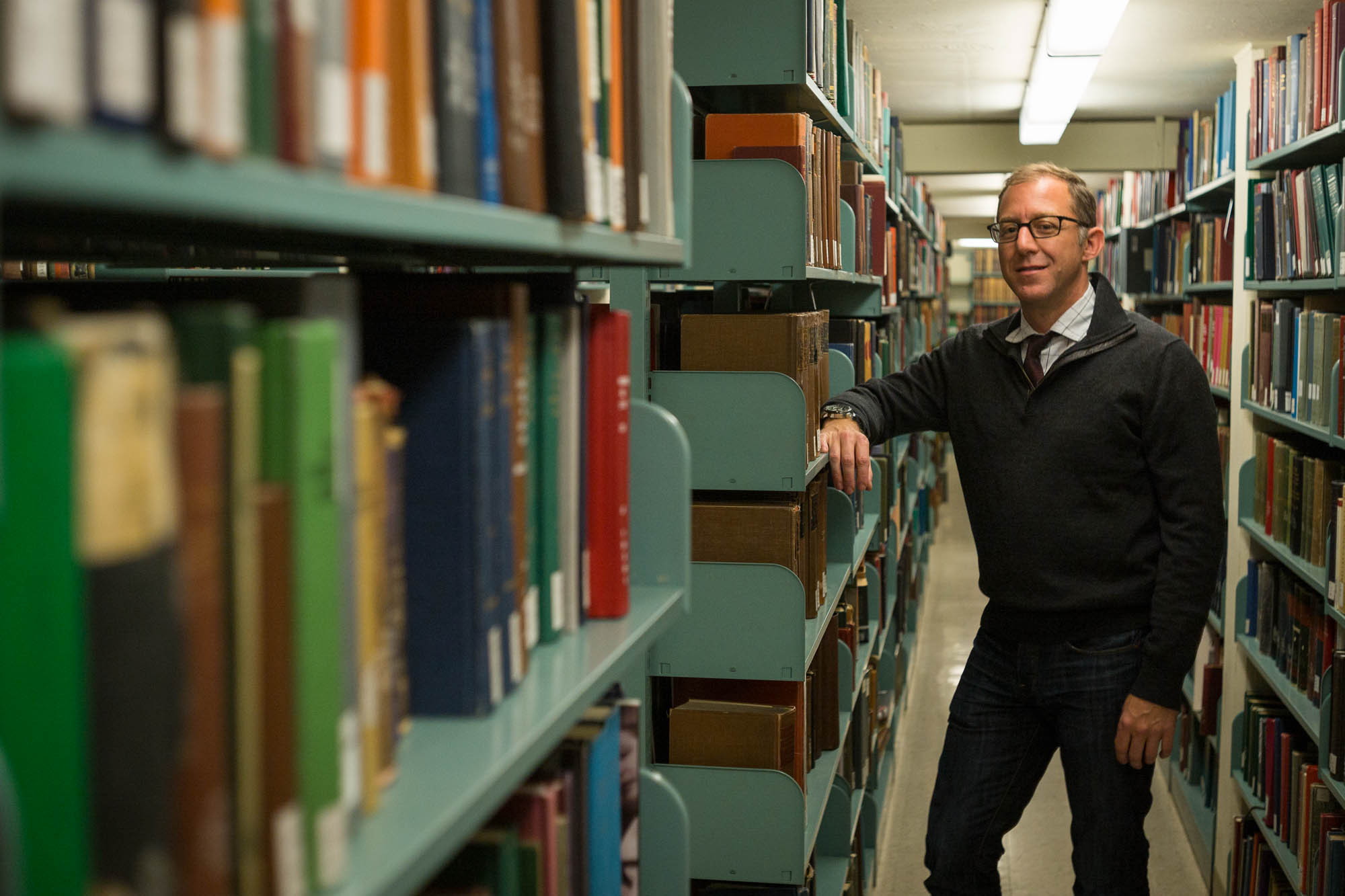 University of Virginia English professor Andrew Stauffer found an unexpected tale of lost love penciled in the margins of an 1891 edition of Henry Wadsworth Longfellow’s “Poems and Ballads” that was sitting on the shelf of U.Va.’s Alderman Library.

“Our readings together were in this book,” wrote a woman named Jane Chapman Slaughter in a blank front page, “ere you went to your life of work and sacrifice, and I remained to my life of infinite yearning for your presence, the sound of your voice; a yearning never to be satisfied in this world or the next.”

In the book, Slaughter addressed John Adamson, its first owner, who sounds like the love of her life from several notes she made in the margins. Evidently he left for Liberia in 1900 to do mission work and never returned.

Slaughter received her Ph.D. from the University in Romance languages, one of the first women to do so, Stauffer said. Her papers were donated to the U.Va. Library after her death, but this book ended up in the stacks, although most of the papers are housed in Albert and Shirley Small Special Collections Library.

Many library books hold more than the printed words that go with the title. They may contain well-known or historical signatures, drawings, pressed flowers, coin rubbings and other memorabilia. They might not have been checked out for a long time, because of their age or condition, yet each one is unique.

Now Stauffer is using the Internet and a crowd-sourced project, “Book Traces,” to preserve this hidden literary life of the 19th century before many older volumes get moved off of academic library shelves.

“We’re connecting the old technology of the book – history and bibliography – with the new technology,” said Stauffer, who also directs another online Web-based project, Networked Infrastructure for 19th-Century Electronic Scholarship, or NINES, sponsor of Book Traces.

The volumes in the Book Traces project – pre-copyright books published before 1923 – do not qualify as rare and fit for special collections, and are considered damaged because of their marginalia, he said. Most are in poor shape due to the industrial printing practices and materials employed at the time of their publication, such as acidic paper. Their unique attributes cannot be located by any electronic catalog. Each book has to be opened and examined.

Stauffer considers the project an “intervention” to retrieve these fragile copies that reveal aspects of social life, the history of reading and uses of the book. It’s especially crucial as we read more and more online.

The project currently accepts images and scanned pages from those pre-copyright books. People most commonly take pictures with their cell phones and upload them to the website.

Although many titles from this era are being digitized and made available online, digital libraries typically scan only one edition and prefer clean copies, so signatures, notes and memorabilia from hundreds of copies and different editions are not available online.

Stauffer recently found a book owned by the fifth student on Grounds, back when Thomas Jefferson was rector. Gessner Harrison, who later became a U.Va. professor of ancient languages, gave “Nova Testamentum,” the New Testament in Latin, to the library. Presumably his son, Peachy Rush Harrison, also owned or used the book – both inscribed the copy. It also contains rubbings of coins from 1791.

Some local families connected to the University donated their personal libraries, Stauffer said, speculating that most of these books were given to U.Va. in the mid-20th century, when Alderman Library was new and had many shelves to fill, or possibly after the 1895 Rotunda fire.

Graduate student Brandon Walsh found an anonymous book from 1833, “Poems by a Collegian,” that has a connection to the origins of the University’s Honor System: It once belonged to John Staige Davis, son of John A.G. Davis, the law professor shot by a student on the Lawn in 1840 in an event that, legend has it, spawned the honor code.

Indeed, honor was the topic of John Staige’s note in the book: “I own this book/ est meum [is mine]/ touch not this mine honest friend/ for fear the gallows be your end.”

In an 1843 poetry collection, “The Poetical Works of Mrs. Felicia Hemans,” the owner, Mrs. Ellen Minor, copied the author’s style and wrote an elegy for her daughter, Mary, who died at the age of 7, on the end-paper. Minor’s poem includes the lines, “Sing mournfully, sing mournfully ... / And softly breathe her name, who was/ Our fairest, loveliest flower/ Mary, Mary, Mary.”

“U.Va. is a great place to be doing this work. This is part of preserving the history of the institution,” Stauffer said. “We want to get a sense of the numbers of books out there and get students involved.”

The project enables undergraduate, as well as graduate, students to conduct research and help assemble a sort of library within the library. “Students can make original discoveries,” he said. The Book Traces website has a tab for submitting a book’s pages.

Although Book Traces began in Alderman only earlier this year, it’s already becoming a national model. As a fellow with the City University of New York Graduate Center’s Advanced Research Collaborative this year, Stauffer is inspiring students at universities in New York City and elsewhere to scour their university shelves in search of hidden gems.

“We want to reach out to people in libraries all over the country and North America,” said Stauffer, who has given interviews about the program to the Chronicle of Higher Education, The Atlantic magazine and the Canadian Broadcasting Corporation.