From High Confidence After Watergate to Low Now, How Did Media Trust Erode? 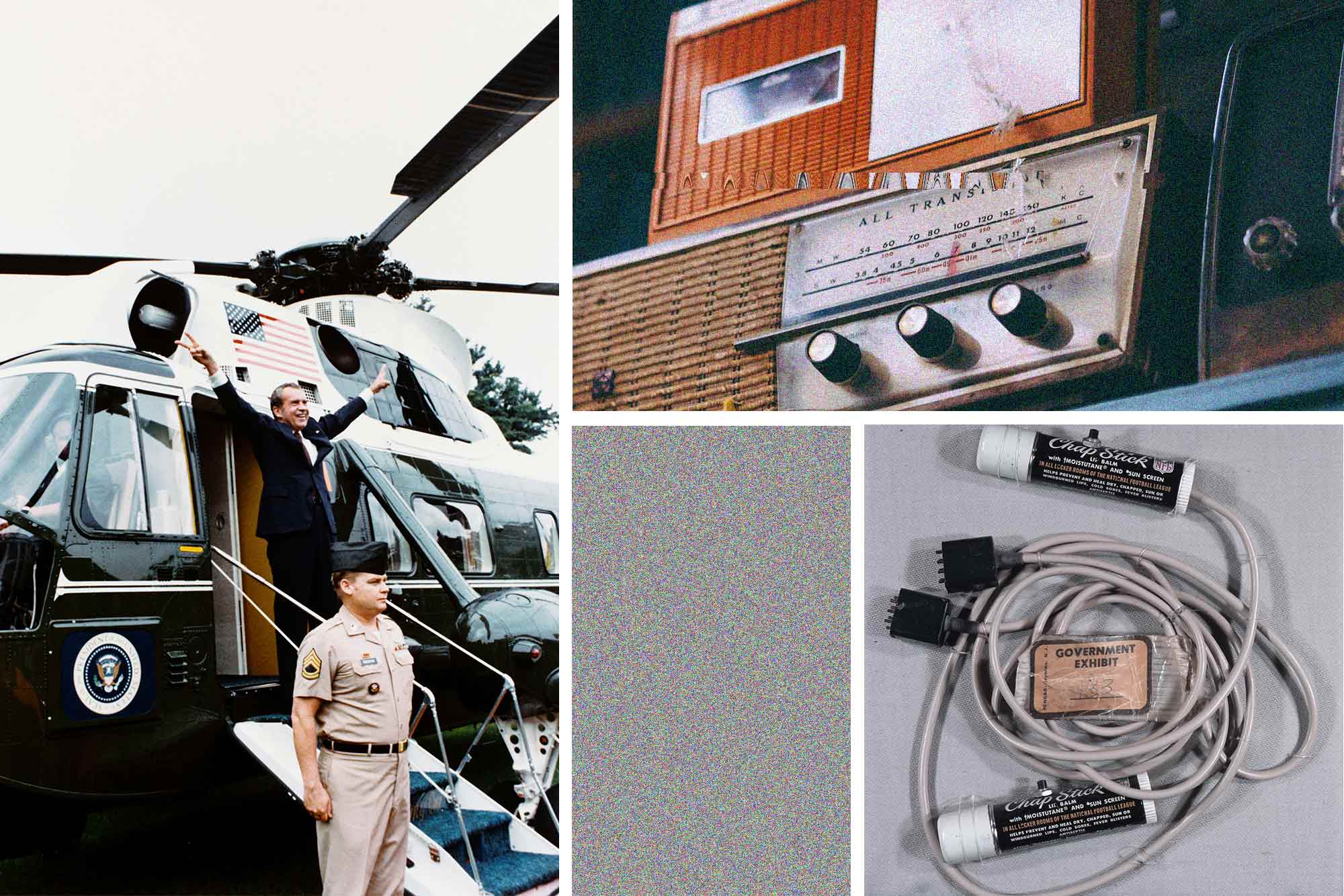 In 1972, the Gallup organization started asking Americans a new question: Do you trust the media?

That same year, two young Washington Post reporters were uncovering shocking misdeeds in the Nixon administration, tracing responsibility for the burglary at the Democratic Headquarters in the Watergate Hotel to the White House itself. The Washington Post’s reporting led to the only resignation in U.S. presidential history.

Two years later, when Robert Redford and Dustin Hoffman portrayed reporters Bob Woodward and Carl Bernstein in the Oscar-winning “All the President’s Men,” trust in the news media registered an all-time high: 72%.

That confidence has fallen almost every year since. Now, according to Gallup, just 36% of people say they have at least a fair amount of trust in the media. In 2016, trust was at an all-time low of 32%.

As the 50th anniversary of the Watergate break-in approaches, UVA Today asked professor Bruce A. Williams, the University of Virginia’s Ambassador Henry J. Taylor Professor of Media Studies, to talk about trust in journalism and what has eroded it. Williams co-wrote “After Broadcast News: Media Regimes, Democracy and the New Information Environment,” with Michael Delli Carpini.

Q. Why have so many people lost trust in news organizations?

A. There’s no simple or singular reason for this long-term decline in trust in journalism. Instead, there are several different dynamics in journalism, the structure of media, and the changing role of the public itself.

Ironically, the success of Woodward’s and Bernstein’s investigation initiated changes in the profession of journalism, creating the “celebrity journalist,” which changed expectations of the public and budding journalists. Once they are portrayed by actors like Robert Redford and Dustin Hoffman, the notion that journalists could or should become well-known public figures was embedded in the public imagination.

This was reinforced later by the hiring of prominent journalists on shows like PBS’ “McLaughlin Group” and CNN’s “Crossfire.” The substantial rewards of the fame associated with continuing appearances made such shows irresistible to reporters. Yet, success required “successful” journalists to engage in bombastic ideological arguments, undermining the profession’s claim to objectivity.

Q. Although faith in media has fallen in all quarters, Republicans have the least confidence. Just 14% of Republicans say they have a fair amount of trust or better in the media compared to about 50% for Democrats. How did trust in the media become a political issue?

A. It’s no accident that Republicans distrust the media more than Democrats. As early as 1985, Republican Senator Jesse Helms accused Dan Rather and the CBS Evening News of having a liberal bias, and asked supporters to contribute money to buy the network. Republicans have used this claim continuously, most ominously in President Trump’s labeling of the press as “the enemy of the people.”

Q. Speaking of that, there has been much debate in the past few years over whether there has been an increase in “liberal media bias.” Do you view the mainstream media as increasingly biased, and if so, how has that affected the news most people get?

A. Professional journalists have always been criticized for bias from both the left and the right.  While the accusation of liberal bias is more prominent today, 20 years ago liberal critics attacked the mainstream media for accepting the false arguments made by the Bush administration in support of the invasion of Iraq.

Political communication scholars argue that the liberal-conservative debate does not help us understand journalism. It is more important to understand how media organizations choose the stories they do and the sources journalists then use to write them. Viewed that way, mainstream journalism is neither liberal nor conservative, but as the scholar W. Lance Bennett argues, it indexes the power balance in Washington. Acceptance of the Bush administration’s claims resulted not from conservative bias, but from the unwillingness of any Republicans and almost no Democrats to criticize them on the record. Criticism of the Trump administration resulted not from liberal bias, but from the willingness of both Democrats and, more crucially, many Republicans to go on the record with their criticisms.

Q. With so many news outlets now available, there’s a notion that consumers are increasingly seeking the sources that already reflect their views. What effect does this “confirmation bias” have on trust in media sources, and what effect on our public discourse?

A. The developments I’ve just summarized set the stage for the dramatic changes in the media environment caused by the explosion of media outlets starting with cable television, and then the monetization of the internet, which combined to undermine the business model upon which journalism depended.

Financial support for both print and broadcast journalism had always depended upon advertising revenues. With a precipitous decline in ad spending, newspapers faced an existential crisis with which they still wrestle. The declining and aging audience for the broadcast news, accelerated by the proliferation of cable and online sources of news, ended the dominance of the national evening news broadcast as the most influential source of news.

Disastrously for professional journalism, these changes made it plain that the public’s trust in them depended not on any belief in their objectivity or fairness, but rather upon their role as gatekeepers at a limited number of outlets (three networks and a small number of daily newspapers) to which the public was forced to turn for news of the day.

Q. Has the vast increase in news sources since 1972 – cable television, internet blogs, social media, podcasting – helped or hurt our understanding of current events and the importance of them?

A. As there has been for most new media technologies, many optimistic, often utopian, claims were made for the internet and social media. However, realizing the positive potential of the seemingly infinite proliferation of choices for information created by the internet and social media would have required the development of an educated, sophisticated and critical citizenry.

Obviously, this has not happened.

Rather, once freed from being forced to rely on professional journalist gatekeepers – after decades of seeing journalists becoming celebrities and accused of bias – citizens were easy prey for the ability of social media to feed back to them their own preferences and beliefs in the form of sources that reinforce those beliefs.

One of the many tragedies of these developments is that recent political campaigns – and here the Obama campaign was a pioneer – used the data-gathering and the targeting potential of social media to influence, rather than educate, voters.

Q. Do you see any way that news media can regain the levels of trust it had in the Watergate era?

A. Unfortunately, I don’t.

I think, for example, the current Jan. 6 Committee hearings will actually increase this polarization.

Meeting these challenges depends upon the imagination and creativity of the next generations of aspiring journalists, in particular, and citizens, in general.

As is customary at Mr. Jefferson’s University, I’ll close by recalling one of his central beliefs: “Self-government is not possible unless the citizens are educated sufficiently to enable them to exercise oversight. It is therefore imperative that the nation see to it that a suitable education be provided for all its citizens.” [My emphasis added]. Today, we are paying the price of our national failure to realize this goal.

It’s Copperhead Season in Virginia. Here Is What You Need to Know END_OF_DOCUMENT_TOKEN_TO_BE_REPLACED

What’s Next for UVA’s Class of 2022? END_OF_DOCUMENT_TOKEN_TO_BE_REPLACED