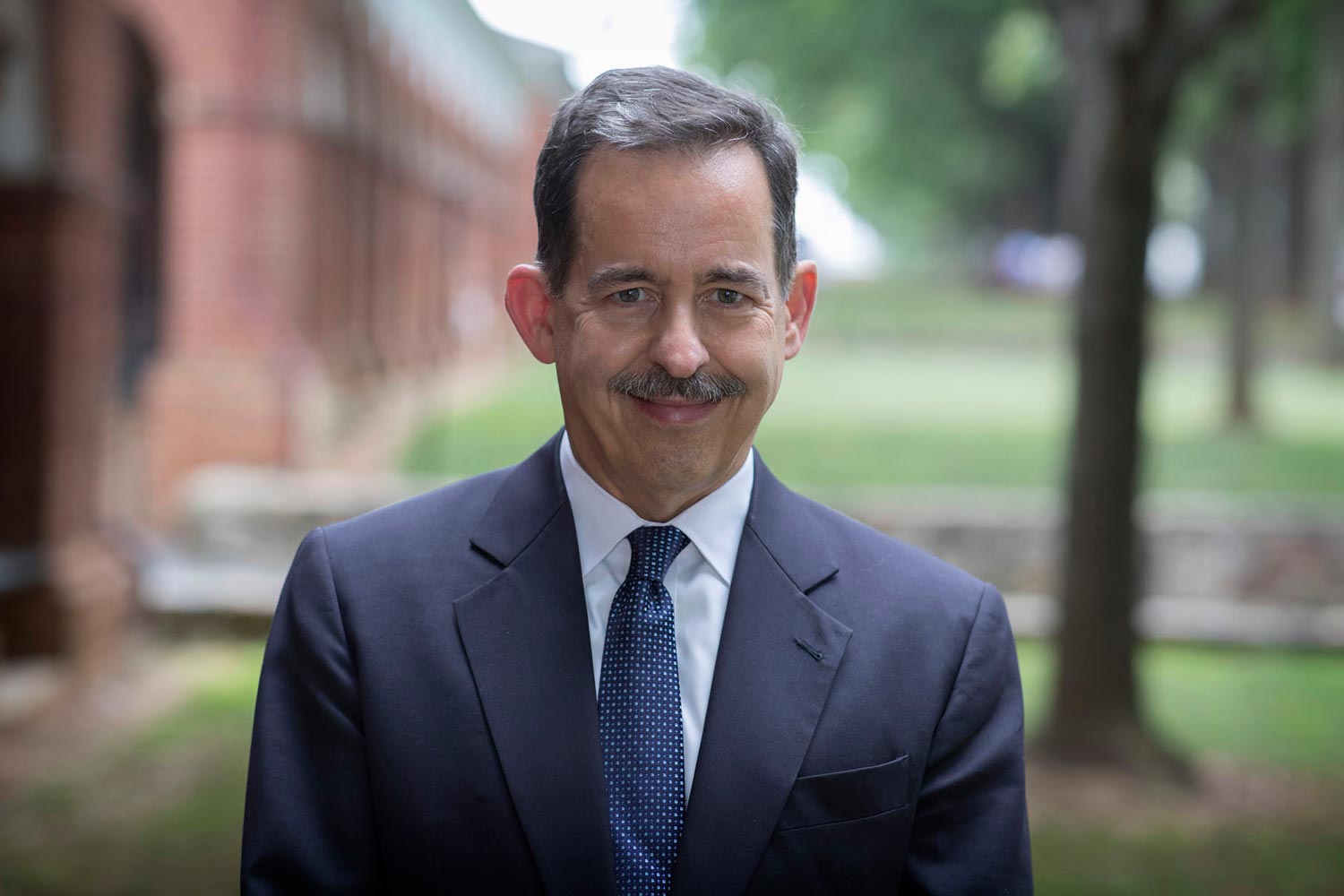 Stephen D. Mull, a career U.S. diplomat who served as the lead implementer of the Iran nuclear deal, has been named the University of Virginia’s vice provost for global affairs.

Not bad for a man whom, as a 24-year-old diplomatic neophyte, Poland accused of spying for the U.S.

It was early in his career at the State Department, and Mull was responsible for reporting on Poland’s political opposition.

“It was a really exciting time,” he said. “There had been a popular uprising called the Solidarity Movement,” led by Lech Walesa, who went on to win the Nobel Peace Prize. Mull’s job was to make contact with the opposition and determine if the democracy movement was going to “go anywhere.”

“Toward the end of my time there, the Communist government accused me of running a spy ring; that I was paying members of the opposition to spy on their country for the United States,” he said with a laugh. “It was all a total farce. I didn’t know anything about spying.”

That was just one of the many adventures the Georgetown University graduate has had in his 36-year career as he steadily climbed the ladder at the State Department. In 2000, he became the deputy chief of mission in Indonesia. Three years later he was the United States’ ambassador to Lithuania.

Mull was back in Washington from 2007 to 2012 heading several impactful missions that earned him the Presidential Meritorious Service Award from President George W. Bush for achievements in U.S. political-military relations. From 2010 to 2012, Mull was the executive secretary of the Department of State. During that time, he mobilized the State Department’s response to multiple complex crises, including the Fukushima nuclear disaster, the Wikileaks’ compromise of more than 250,000 classified diplomatic messages and security threats to U.S. interests during the Arab Spring. He also managed then-Secretary of State Hillary Clinton’s travel to 112 countries. For that, he was awarded the State Department’s Distinguished Honor Award by Clinton for his leadership.

Near the end of 2012, Mull returned to Poland, this time as the Unites States’ ambassador to that country, where, among many other things, he helped establish the first significant U.S. military presence on the territory of the former Warsaw Pact, creating a regular rotational presence of more than 2,000 U.S. troops and a significant equipment deployment.

From 2015 to 2017, Mull led the United States’ implementation of the Joint Comprehensive Plan of Action to constrain Iran’s nuclear program. He mobilized diplomatic leverage with Russia, China, the United Kingdom, France and Germany to maintain Iran’s full compliance with the 2015 deal, effectively delaying its prospective nuclear weapons capability from one month to more than a year. He maintained a sensitive, high-level diplomatic channel with Iran (meeting either in New York or a 100-year-old palace in Vienna) and also led U.S. interagency work to approve licenses for $26 billion in U.S.-sourced aviation deals with Iran under the terms of the agreement. For this intensive work, he was awarded the State Department’s highest honor, the Distinguished Service Award, by then-Secretary of State John Kerry. (President Donald Trump withdrew the United States from the deal in May.)

After 36 years in the foreign service, Mull said he was ready for something new, so last year he assumed a senior resident fellowship at Georgetown’s Institute for the Study of Diplomacy, where he taught and did research. He found academia to be a breath of fresh air.

“I fell in love with it. The academic environment is really wonderful,” he said recently in his front office in Hotel A, just off UVA’s famed Lawn. “I really like the sense of freedom, the honesty, the warmth and civility which I think is really missing so much in other public life right now.”

He said when he heard that UVA was hiring a new vice provost for global affairs, he decided to apply, but was “sure” he would not get the job and was “really thrilled” to be offered the position, which he assumed Aug. 1.

Returning to the theme of civility, Mull said over the course of his career he has become “really worried about what’s happening in our country. … It’s just not really healthy right now and we are becoming really polarized as a society.

“I thought, ‘What better place than UVA to reenergize those principles and teach people that it’s OK to disagree – you just have to be respectful, be open and honest and candid. But civil.”

“UVA is the perfect place for Steve, with his perspective on the global landscape and his ideas and enthusiasm for the role a research university can play,” said Tom Katsouleas, UVA’s executive vice president and provost. “Not to mention the value he places on cultural openness, civility and respect, so important as we navigate the path to becoming a leading global public university.”

Mull said one of his first priorities in his new post is to raise the visibility of the global programming going on in all 11 schools.

“When you see what UVA scholars and students are doing – whether it’s fighting HIV/AIDS in Africa or cleaning up one of the biggest rivers in India, to giving advice to new businesses that are starting up around the world – we’re engaged as a university across the board in some of the most exciting and interesting things, but not a lot of people know about them,” he said. “When people in other parts of the world are thinking about partnering with American higher education, I want UVA to be at the top of the list.”

Mull said he also wants to expand the global perspective of all of UVA’s students, particularly undergraduates.

“UVA is already one of the top 25 sending schools for study-abroad students in the United States and more than 40 percent of our undergraduates have some kind of international experience,” he said. “That’s really great, but I think it can be better.”

And he said that doesn’t necessarily mean studying in a foreign country. “Getting involved as a volunteer, doing service as President Ryan calls all of us to do – service can have a very global dimension, as well.”

Mull said he will be working with deans and students to expand global engagement, whether it is here in Charlottesville or overseas.

He also wants to take advantage of UVA’s proximity to Washington, D.C., he said.

“I want to bring my old colleagues from government, from the national security community, to not only share their knowledge and experience and perspective, but also be a resource to students who might be interested in pursuing careers in that area,” he said. “I’ve already been over to the career center and I think there is a lot of work we can do together.”

Class of 2020: Memories and Moments From a Long-Anticipated Celebration END_OF_DOCUMENT_TOKEN_TO_BE_REPLACED