How Do We Restore Accountability in Congress? A UVA Policy Professor Has Ideas. 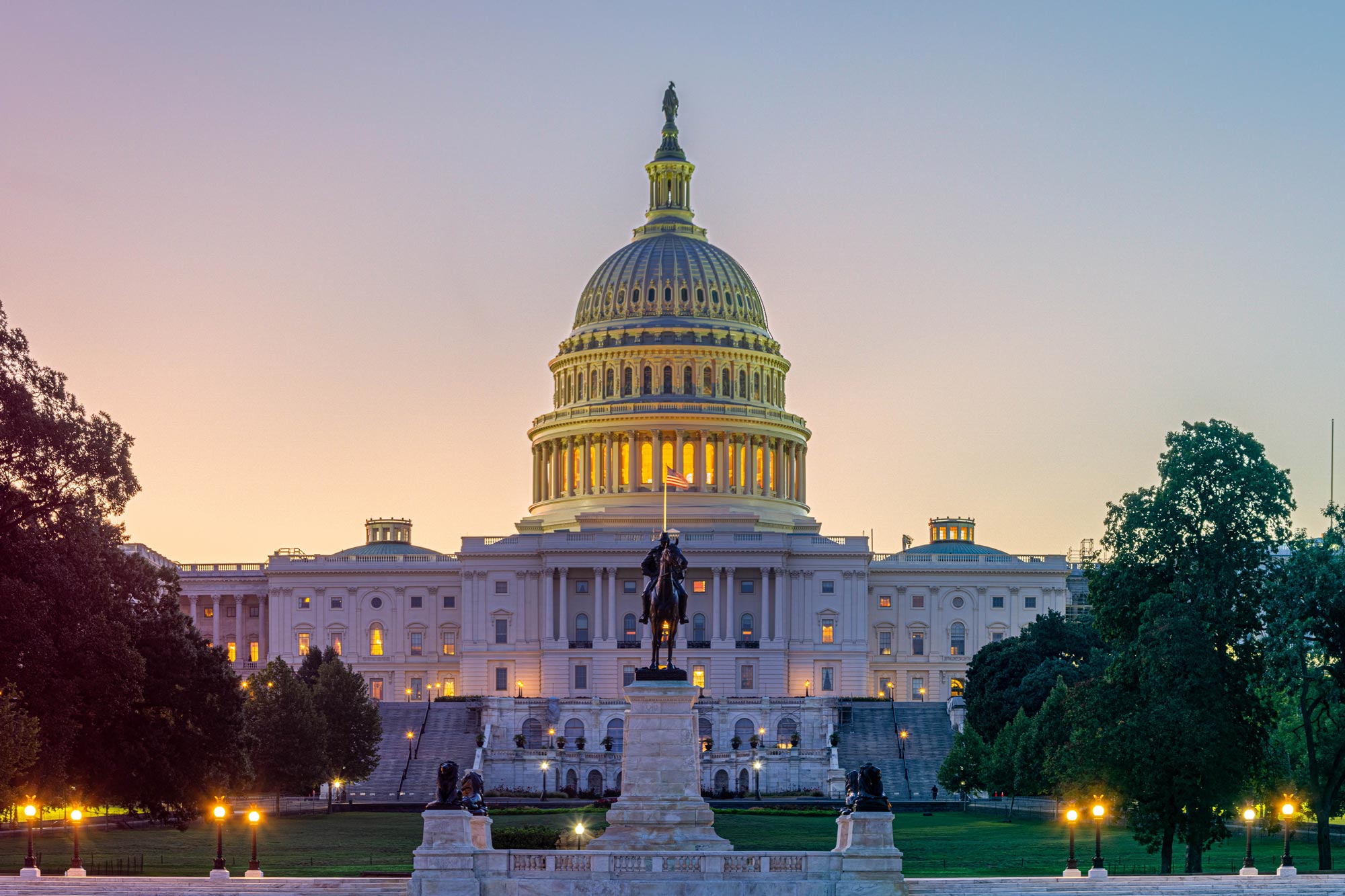 Even after spending decades in government, Gerry Warburg was still struggling to answer a crucial question: Why, time and time again, did he witness members of Congress shirking their constitutional responsibilities?

A national security policy expert, Warburg has served as a senior legislative assistant on the Senate Foreign Relations Committee, as a House and Senate leadership aide, and as the executive vice president of a leading government relations firm. In those positions, he saw many legislators avoiding tough votes and generally ducking accountability when it came to matters of war and peace. Now a professor at the University of Virginia’s Frank Batten School of Leadership and Public Policy, he recently received a grant from the Batten School’s Center for Effective Lawmaking to figure out the reason.

As part of his research, which underpins a recent article he wrote for the Wilson Quarterly, Warburg conducted extensive interviews with scholars and think tanks. He also spoke with two dozen veteran legislators – Democratic and Republican, retired and still holding office – many of whom expressed intense frustration with today’s divided and contentious atmosphere in Congress. Warburg likes to quote former Republican senator Jeff Flake on the matter.

“Congress has forfeited its powers,” Flake told Warburg. “We have given up these powers because of our dysfunction.”

Below, Warburg answers questions on both his research findings and his related policy recommendations.

Q. What was it like listening to members of Congress vent?

A. I’ve been in government or studying government for four decades, but I was still surprised by their anger and shame. Both Democrats and Republicans are critical of Congress itself for its failure to be accountable on war and peace issues: They know it, they’re ashamed of it and they want somebody to make them stop doing it.

“Both Democrats and Republicans are critical of Congress itself for its failure to be accountable on war and peace issues: They know it, they’re ashamed of it and they want somebody to make them stop doing it.”

Q. From a national security standpoint, why should we be concerned about congressional dysfunction, which often looks like extreme partisanship?

A. Congressional dysfunction harms our national security, it weakens our alliances and it undermines the sustainability of U.S. commitments. 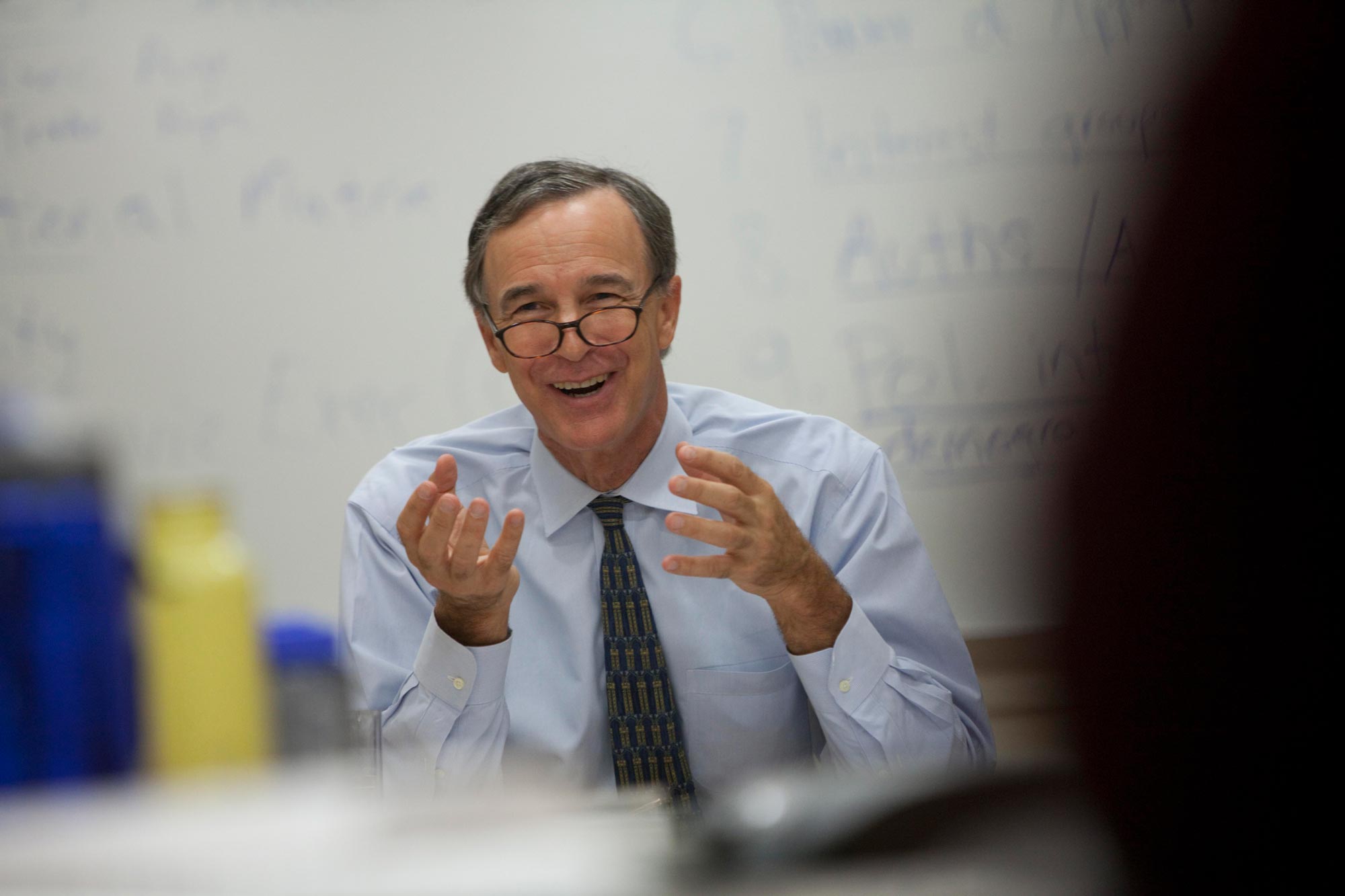 If you line up on a party line to vote on something that affects national security, you may think you have a free vote, but in fact you’re undermining alliances, you’re indicating weakness to your adversaries and you’re really limiting our nation’s ability to defend our national security interests.

Q. In your research, you found that the U.S. has seen an increasingly “imperial presidency.” What does that mean, and how does it affect the way Congress operates?

A. The United States was 13 years old before we even had a chief executive. Congress was and is the first branch of our government: The Constitution gives it the exclusive power not only to oversee foreign, trade and military policy, but also to declare war and fund its prosecution.

After the criminality of Watergate and the Vietnam disaster, in the 1970s, legislators systematically advanced a restoration of constitutional balance. This produced a series of really valuable reforms, both domestic and foreign. These included a curb on presidential misuse of appropriated funds, limits on White House declarations of “fake emergencies,” checks on transactional alliances with dictators who ignored basic human rights, and limits on promiscuous arm sales.

You’ll note that almost the exact same list of abuses marked the valueless foreign policies of President Biden’s predecessor. That’s why Congress has got to step up and accept the responsibilities placed upon it by the Constitution.

Q. What are some of the national security reforms you believe legislators should adopt to restore accountability?

A. The action items I believe must be enacted include five.

First, something Congress has done for just four of the last 40 years: Require passage of annual authorization and appropriations measures on time and as free-standing bills. Failure to do so should result in a forfeiture of members’ pay for each day of delinquency, not to be retroactively refunded. We don’t pay contractors when they don’t finish their work, and we shouldn’t pay politicians who cannot adopt a budget.

Second, reform war powers by reasserting legislative responsibility over declaring war. The defense bill is essentially veto-proof. You attach the war powers reform language to the defense bill, and if it’s vetoed, it will be overridden.

Third, limit presidential waivers and tighten requirements to halt presidential abuses of so-called “emergencies,” like the sudden “emergency” on our southern border that was declared in order to reprogram billions of military construction funds to build a useless wall.

Fourth, sunset the 2001 authorization for the use of military force – this has led to the “forever wars” in Iraq and Afghanistan, still prosecuted absent any declaration of war or clear path of exit.

Fifth, reassert subpoena powers to produce timely testimony. Say, for example, we’re having an impeachment trial and a witness like John Bolton says, “I really, really want to tell you stuff, but it’s in my new book; you’ll have to read my book.” For goodness sakes, if we’re going to have a trial, we need to be able to compel witness testimony. That should not be a negotiable matter.

Q. Aside from specific policy reforms, what do you think will help Congress better address some of the major crises our nation faces?

A. In the well of the Senate, where I sat for parts of three decades as a leadership staffer, they don’t treat each other as Republicans and Democrats; they treat each other as citizens. It’s just when the cameras come on and they’re voting that they play some games. I think that type of humanity can help get us across the line on some of these major problems.

On Jan. 6, members of Congress were hustled out within shouting distance of armed protesters chanting “Kill Pence! Hang Pence!” and forced into a secure room together, where a number of people refused to mask and a bunch of the elderly members got sick as a result. I think all that has a sobering effect. Now we’re seeing many Senators sitting with masks at their desks.

Q. After talking to so many frustrated members of Congress, how are you feeling about the future of our government?

A. I’m an optimist. You’ve got no business being in politics unless you’re an optimist who believes that citizens of goodwill acting together, in concert with duly elected officials doing their duties, can move this country forward.

Harry Truman liked to say that optimists make opportunities out of difficulties, and right now we have plenty of difficulties. I believe Congress can improve its performance as a co-equal branch of government, and I think stepping up to this task is in the central part of broader changes. Throughout American history, it’s been in crisis when most of our major social reforms have been made.

Meet the New Cavalier on Horseback: She’s Eager To ‘Carry On a Legacy’ END_OF_DOCUMENT_TOKEN_TO_BE_REPLACED

Virginia Football – For All Virginia END_OF_DOCUMENT_TOKEN_TO_BE_REPLACED