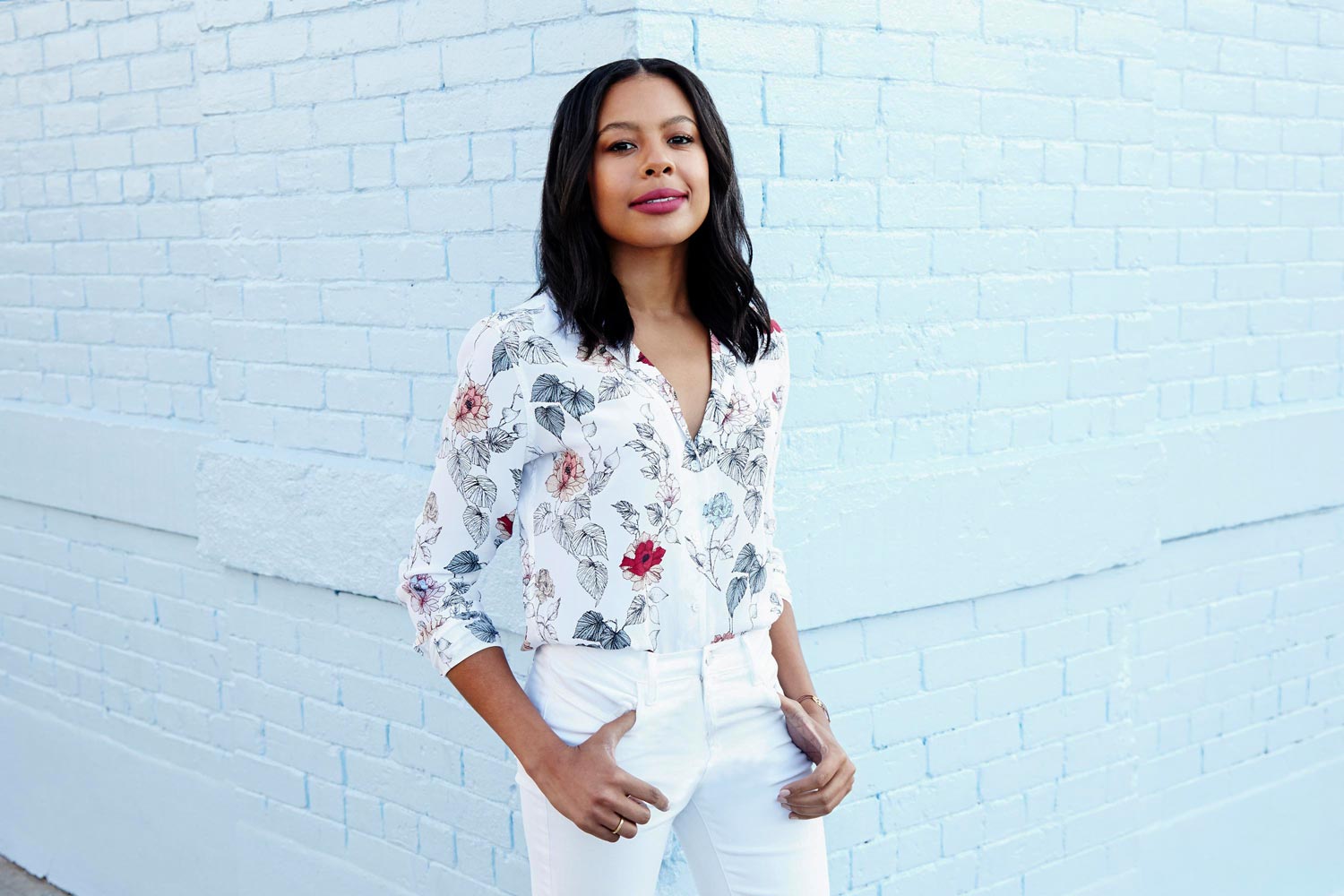 When University of Virginia graduate Nancy Twine launched her hair care line, Briogeo, at cosmetics retailer Sephora in 2013, she was the youngest African-American woman ever to have her products grace the beauty giant’s shelves.

Today, Briogeo – the name combines “brio,” an Italian word for vibrancy, with “geo,” of Earth and nature – is carried by more than a dozen additional retailers in the U.S. and online around the world, including Nordstrom, Urban Outfitters and many more. 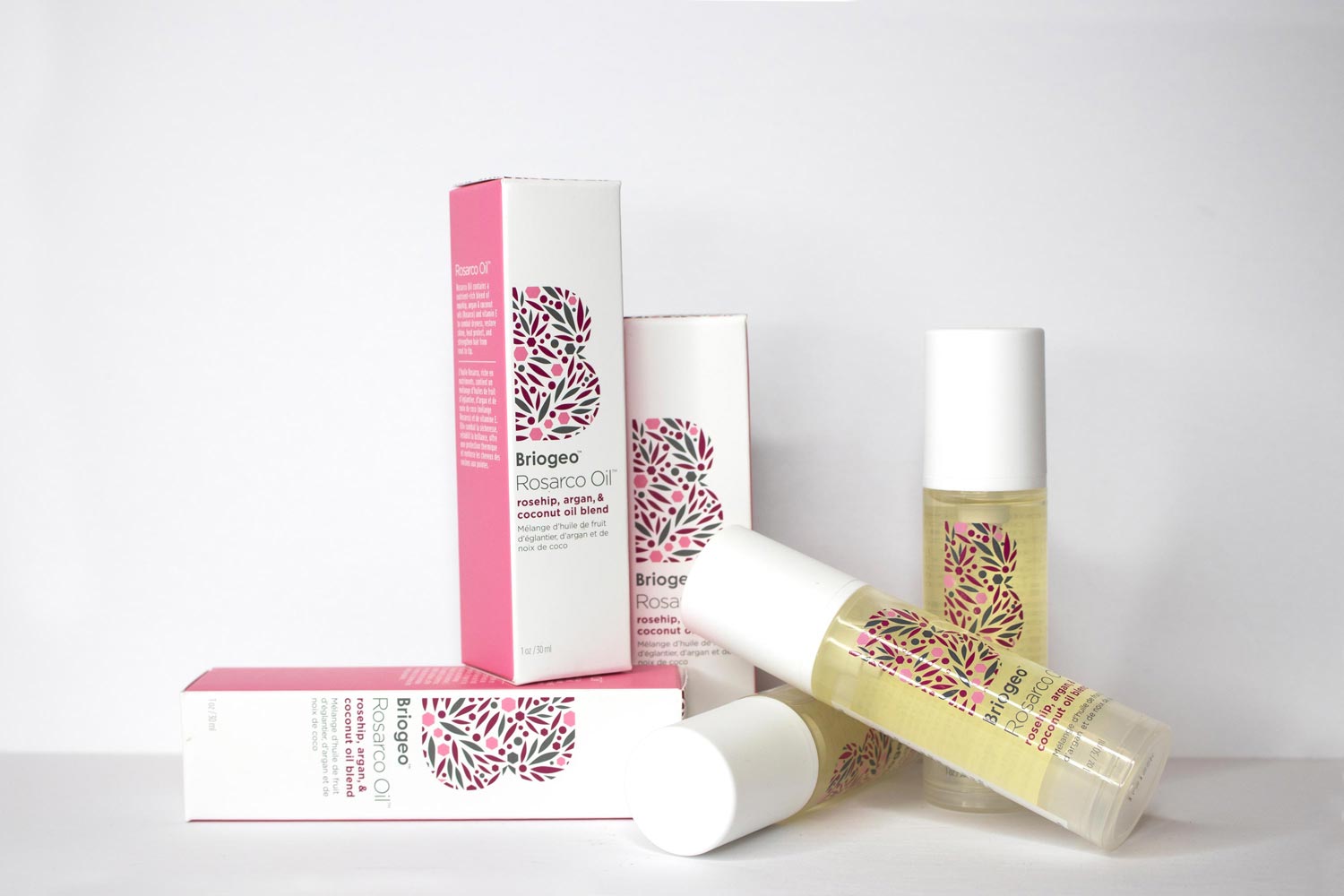 “I had a storage unit of product samples, and literally packed those first orders by hand on the floor of my apartment,” she recalled.

Like any startup, Briogeo, at least at the beginning, was a risky business. Twine, however, was used to risk. She started working at Goldman Sachs right after graduating from UVA’s McIntire School of Commerce.

“That summer, Lehman Brothers went under and many clients in my market were going bankrupt. It was the start of the financial crisis,” Twine said of her first few months on the job. “It was not exactly what I had expected, but if I had not started during such a tumultuous time I might not have gotten to work on so many different projects. It was ‘all hands on deck.’”

Twine made it through that baptism by fire and continued to work at Goldman Sachs for five more years, building a valuable set of skills.

“If you know how to deal with the worst situation, everything else is a piece of cake,” she said.

Unfortunately, Twine had to face a personal tragedy much tougher than anything she faced at work. Her mother, Rebecca, was killed when she was struck by an out-of-control vehicle April 2010. Her daughter was left with a tragic reminder of just how unexpected life can be.

“That changed my mindset about taking risks,” Twine said of her mother’s sudden death. “If you have a passion or an idea – if you want to do something – do it now.”

For Twine, that meant turning her attention to a long-cherished dream of working in the beauty industry. She grew up making homemade hair care products with her mother, inspired by her grandmother, who used natural ingredients from her farm in West Virginia to create simple-but-effective hair treatments.

“My grandmother did not have a lot of money or resources, so she would use what she had on her farm or in her garden,” Twine said. “I learned through my mother’s stories of my grandmother that you could transform raw ingredients into beauty products.”

Even as Twine kept her job at Goldman Sachs, she tinkered with formulas and researching the natural beauty industry at night and on the weekends.

“Being a banker, I started consulting industry reports that I got from the small business library in New York,” she said. “I realized that there were not that many players focused on natural hair care. … It was a wide-open market, ready to be disrupted.”

Encouraged, Twine reached out to a natural chemist to continue developing her formulas. Her ultimate goal was to create a natural hair care line that was sophisticated enough to compete with any drugstore or high-end brand, without all the harsh synthetics those brands often use.

“From my grandmother and my mother, I knew that I could create products that worked without using all of the harsh synthetics,” she said. “The challenge was making products that performed at the Sephora level.”

Sephora, it seemed, felt Twine had met that challenge. Twine pitched her samples to Sephora buyers at a 2013 trade show in Las Vegas. Six months later, she got a phone call. They wanted to sell her products.

“That was game-changing,” Twine said. She quit her job soon after to focus on Briogeo full-time.

Today, the Briogeo products – now numbering dozens of shampoos, conditioners and hair treatments – remain true to Twine’s original vision. They are 93-to-100 percent naturally derived and made without sulfates, silicones, phthalates, parabens or artificial dyes. Many of them are vegan, and all are cruelty-free, meaning that the products are not tested on animals.

Briogeo is also designed for all hair textures and types, a differentiator in an industry that often separates “ethnic” hair products from others on the shelves.

“We were one of the first companies to really successfully blur those lines and have a truly diverse client base,” Twine said.

The approach has earned Briogeo praise in publications from Allure to the New York Times, and propelled the line to its current ranking as the No. 2 digital brand selling on Sephora.com.

“All of the milestones have truly been incredible,” Twine said.

Now, Twine is focused on growing the company as much as she can. She recently moved into a new office in New York City to accommodate her 16 employees. She is also focusing more attention on growing Briogeo’s international following.

“Right now, we have limited, online-only distribution in the European Union, the U.K., Canada and Hong Kong,” she said. “I would love to expand to the Middle East, southeast Asia and other parts of the European Union.”

Meet the New Cavalier on Horseback: She’s Eager To ‘Carry On a Legacy’ END_OF_DOCUMENT_TOKEN_TO_BE_REPLACED

Monkeypox Is Spreading, But University’s Risk Believed To Be Low END_OF_DOCUMENT_TOKEN_TO_BE_REPLACED

Virginia Football – For All Virginia END_OF_DOCUMENT_TOKEN_TO_BE_REPLACED