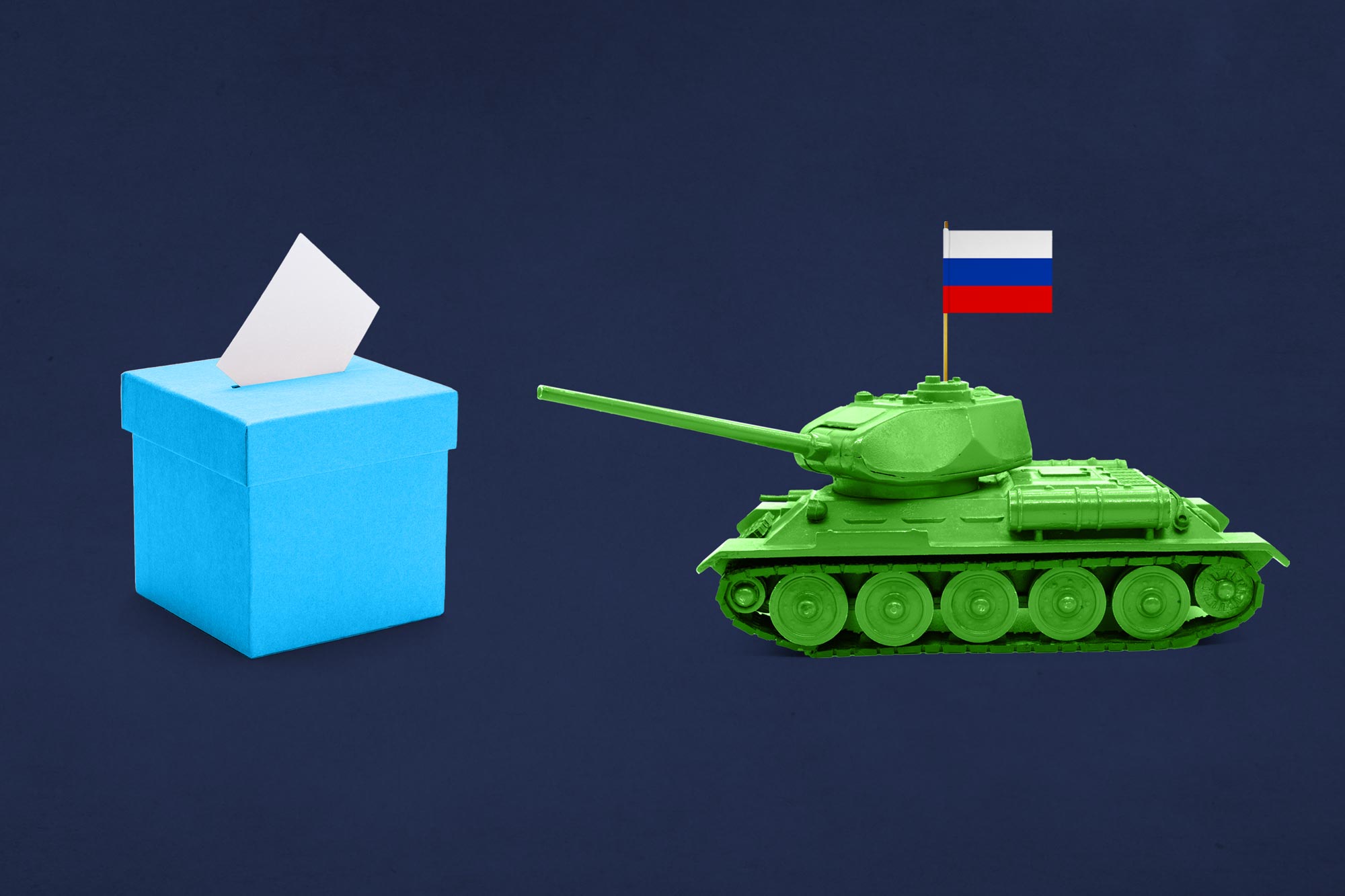 The story in the Washington Post recounted the experience of a 47-year-old Russian employee of an ice skating rink in a village in the Rostov Oblast region near Russia’s border with Ukraine.

Moved by Vladimir Putin’s decision to attack Ukraine, the man “wrote an anguished social media post, lamenting the ‘horror and shame’ of a war that ‘will be catastrophic,’” according to the article written by the Post’s Moscow bureau chief, Robyn Dixon.

The next day, police with weapons showed up at the man’s home, arrested him and charged him with “showing disrespect for society and the Russian Federation,” Dixon reported.

In the United States, such an action goes against the grain of fundamental beliefs and principles. But as the democratic nations of the world galvanize to oppose Russia’s assault in the Ukraine, anecdotes such as this one help remind us what’s at stake when leaders discuss the escalating threats to democracy.

UVA Today checked in with John M. Owen, the Taylor Professor of Politics, to gain perspective and context on the larger struggles around democracy that Russia’s unprovoked war against Ukraine symbolizes. Owen also is a senior fellow at the Miller Center and a senior fellow at the Institute for Advanced Studies in Culture.

Q. How is Putin’s attack on Ukraine a threat to democracy globally?

A. Putin is attacking not just the government, military, people and territory of Ukraine, but also Ukrainian democracy. Ukraine has never been a stable constitutional democracy; it is better to say that it is an aspiring democracy. But Putin does not want successful democracies on Russia’s border, and he is taking aggressive steps to keep constitutional self-government far away. Having democracy next door undermines his own authoritarian regime in Russia. And free-market democracies, at least in Europe, tend to be carriers of American influence and power. It is pretty clear that Putin wants Ukraine to be like neighboring Belarus – a pliable authoritarian country.

If Putin succeeds in Ukraine, it certainly will not doom democracy around the world or even in Europe. But we have much research that suggests that domestic regime types, including liberal or constitutional democracy, tend to spread and contract in waves over time and geographic space. Political regimes spread through a number of mechanisms. One is by setting a successful example, such as when democracies sustain economic growth and stability. Another is by a kind of osmosis: social contact across borders can have effects. A third is by active promotion, usually by a great power – such as what Russia is doing now. A fourth is through contagion, such as happened in the Soviet satellite states of Central Europe in 1989. Finally, international rules and institutions can, depending on their content, favor democracy or authoritarianism. Since World War II, and especially since around 1990, they have favored free-market democracies – although they clearly need reform today.

What this all means is that, as President Biden likes to say, democracy and authoritarianism are in a global contest. A Russian victory in Ukraine – and I must say that that could well be the outcome, at least in the eastern part of the country – could mean a net gain for authoritarianism. It would show that authoritarian states can win in the 21st century. It would remove a threat to Russia’s own authoritarianism and would put an authoritarian country on the border of some young democracies just to the west – Poland, Slovakia, Hungary, Romania and Moldova. It would cast doubt on the power of the liberal international rules and institutions that for decades have helped sustain democracy even in our own country.

Q. Freedom of expression – including the ability to criticize and protest against the government – without fear of punishment is something Americans enjoy and might take for granted. Why is it so important?

A. It is important to note that during wartime, even democracies sometimes restrict speech and other expression that could aid the enemy. But by and large, they try to maintain individual liberties and certainly to restore them once the war is over.

Freedom of expression can be seen as a good thing in itself – part of what makes a good life. Political science research also shows that free expression is part of a package of rights and freedoms that tends to give countries a more rational, peaceful and productive foreign policy. When a country’s leadership must tolerate dissenting views, it gets access to more information and the potential for correction. We are hearing that Vladimir Putin is not only suppressing dissent among the Russian public but has isolated himself from dissenting officials. That illustrates the problem: He seems to have made a catastrophic miscalculation in invading Ukraine, and it may be in part because his regime represses speech and “protects” him from information and opinions he doesn’t want to hear.

Q. What other principles of democracy are threatened directly or indirectly by what is happening in Ukraine?

A. The principle of governmental accountability is under attack. Ukraine has held several rounds of free, competitive elections since its independence in 1991. Of course, free elections in Ukraine are a threat to Putin because the resulting government may want to align Ukraine with the West. So Putin almost certainly wants Ukrainian elections to be fixed, with one party certain to win, just as Russian elections have been fixed for more than 20 years. Ukraine also has not exemplified the rule of law very well, but Putin wants to remove any chance of the rule of law taking hold there. All of these institutions – free expression, competitive elections, rule of law – are linked and mutually reinforcing, of course.

Q. What can people in the United States and other established democracies take from the experiences of those such as the man arrested in Russia for criticizing the assault on Ukraine?

A. Such events drive home to us that individual liberty is a precious achievement that can be taken away or weakened, even in the 21st century. Back in the 1990s, many very smart Americans thought that liberal democracy was inevitable – that the collapse of Soviet communism meant the “End of History.” Now we know better. The world has two authoritarian great powers now, and neither is on a path to democracy. As tensions with Russia mount in our own country, one thing to guard against is the tendency to do, in mirror-image fashion, what Russia is doing – to censor dissent, particularly dissent that favors Russia. Democracies must remain democratic, even under stress.

Q. Ultimately, will the violence in Ukraine and the larger threats illustrate the fragility of democracy, or could it also strengthen the commitment to its principles in some ways?

A. I think that Europe is already showing us that those two outcomes can go together. Europeans, until last week, have been more accommodating of Russia. Some governments, particularly that of Germany, have maintained that democracies can work with Putin and his regime. They have completely flipped over the past week, and I think that part of the reason why is that Russia today, in the year 2022, really is a menace to democracy in Europe, and that Europe must respond by showing that it is willing to take serious, costly action to defend self-government. Commitment to constitutional democracy has wavered in the United States of late too, and I am hoping that a silver lining to Russia’s aggression will be our own recommitment to our country’s principles, including free expression. I am just sorry that it might take massive suffering in Ukraine for us to learn this lesson.