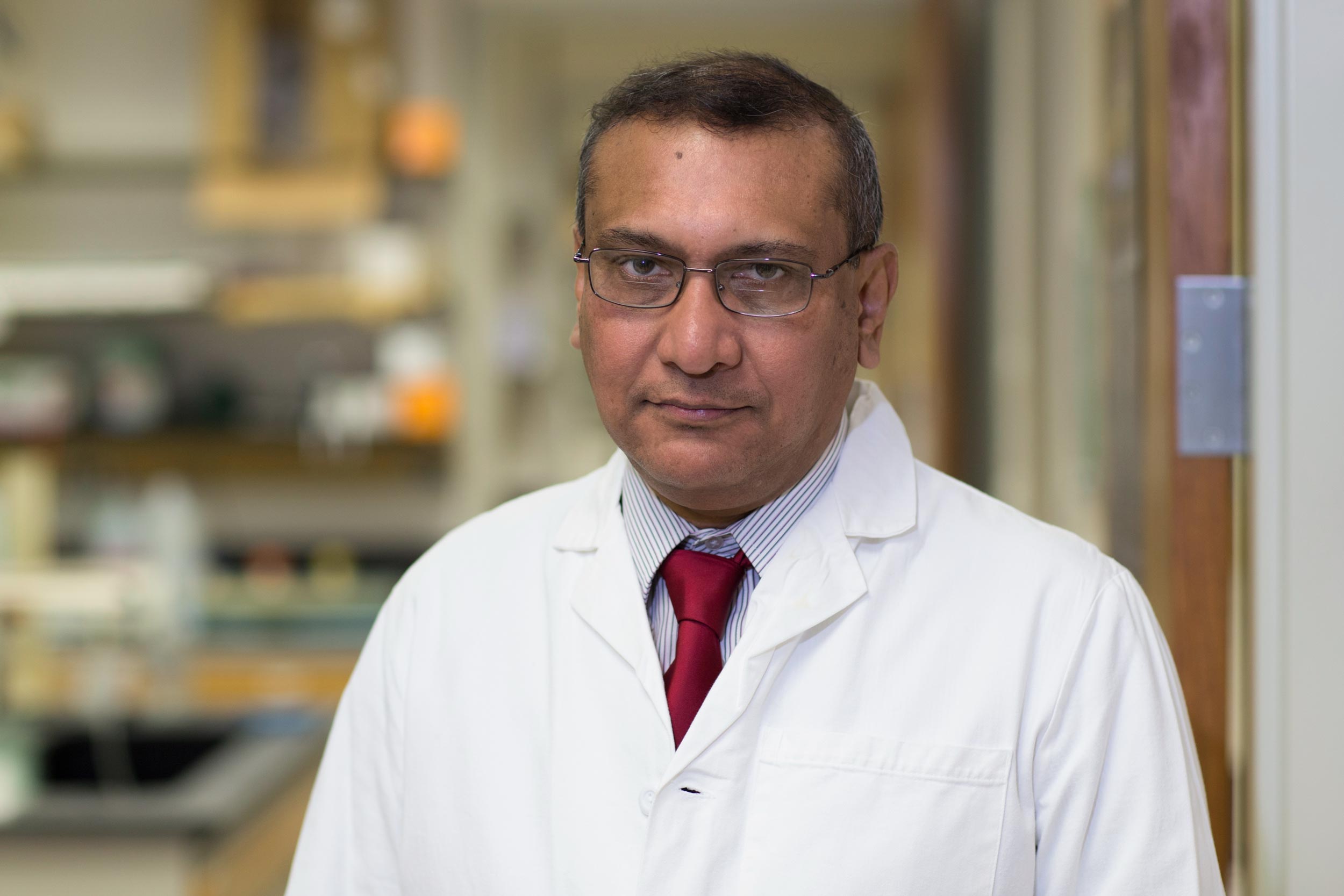 Anindya Dutta said that despite a vaccine, HPV cancers are likely “here to stay. So we need new therapies.” (UVA Health System photo)

Researchers at the University of Virginia School of Medicine have made a discovery about human papillomavirus, or HPV for short, that could lead to new treatments for cervical cancer and other cancers caused by the virus.

“Human papillomavirus causes a lot of cancers. Literally thousands upon thousands of people get cervical cancer and die from it all over the world. Cancers of the mouth and anal cancers are also caused by human papillomaviruses,” researcher Anindya Dutta of the UVA Cancer Center said. “Now there’s a vaccine for HPV, so we’re hopeful the incidences will decrease. But that vaccine is not available all around the world, and because of religious sensitivity, not everybody is taking it. The vaccine is expensive, so I think the human papillomavirus cancers are here to stay. They’re not going to disappear. So we need new therapies.”

HPV has been a stubborn foe for scientists, even though researchers have a solid grasp of how it causes cancer: by producing proteins that shut down healthy cells’ natural ability to prevent tumors. Blocking one of those proteins, called oncoprotein E6, seemed like an obvious solution, but decades of attempts to do so have proved unsuccessful.

Dutta and his colleagues, however, have found a new way forward. They have determined that the virus takes the help of a protein present in our cells, an enzyme called USP46, which becomes essential for HPV-induced tumor formation and growth. And USP46 enzyme promises to be very susceptible to drugs; Dutta calls it “eminently druggable.”

“It’s an enzyme, and because it’s an enzyme, it has a small pocket essential for its activity, and drug companies are very good at producing small chemicals that will jam that pocket and make enzymes like USP46 inactive,” said Dutta, who chairs UVA’s Department of Biochemistry and Molecular Genetics. “So we are very excited by this possibility that by inactivating USP46 we’ll have a way to treat HPV-caused cancers.”

Curiously, HPV uses USP46 for an activity that is opposite to what the oncoprotein E6 was known to do. E6 has been known for more than two decades to recruit another cellular enzyme to degrade the cell’s tumor suppressor, while Dutta’s new finding shows that E6 uses USP46 to stabilize other cellular proteins and prevent them from being degraded. Both activities of E6 are critical to the growth of cancer.

The researchers note that enzyme USP46 is specific to HPV strains that cause cancer. It is not used by other strains of HPV that do not cause cancer, they report.

The researchers have published their findings in the scientific journal Molecular Cell. The team included Shashi Kiran, Ashraf Dar, Samarendra K. Singh, Kyung Yong Lee and Dutta – all from UVA’s Department of Biochemistry and Molecular Genetics.

The work was supported by the National Institutes of Health, grant R01 GM084465. To keep up with the latest medical research news from UVA, subscribe to the Making of Medicine blog.