If This Environmentally Conscious Batten Professor Could Fix Just One Thing … 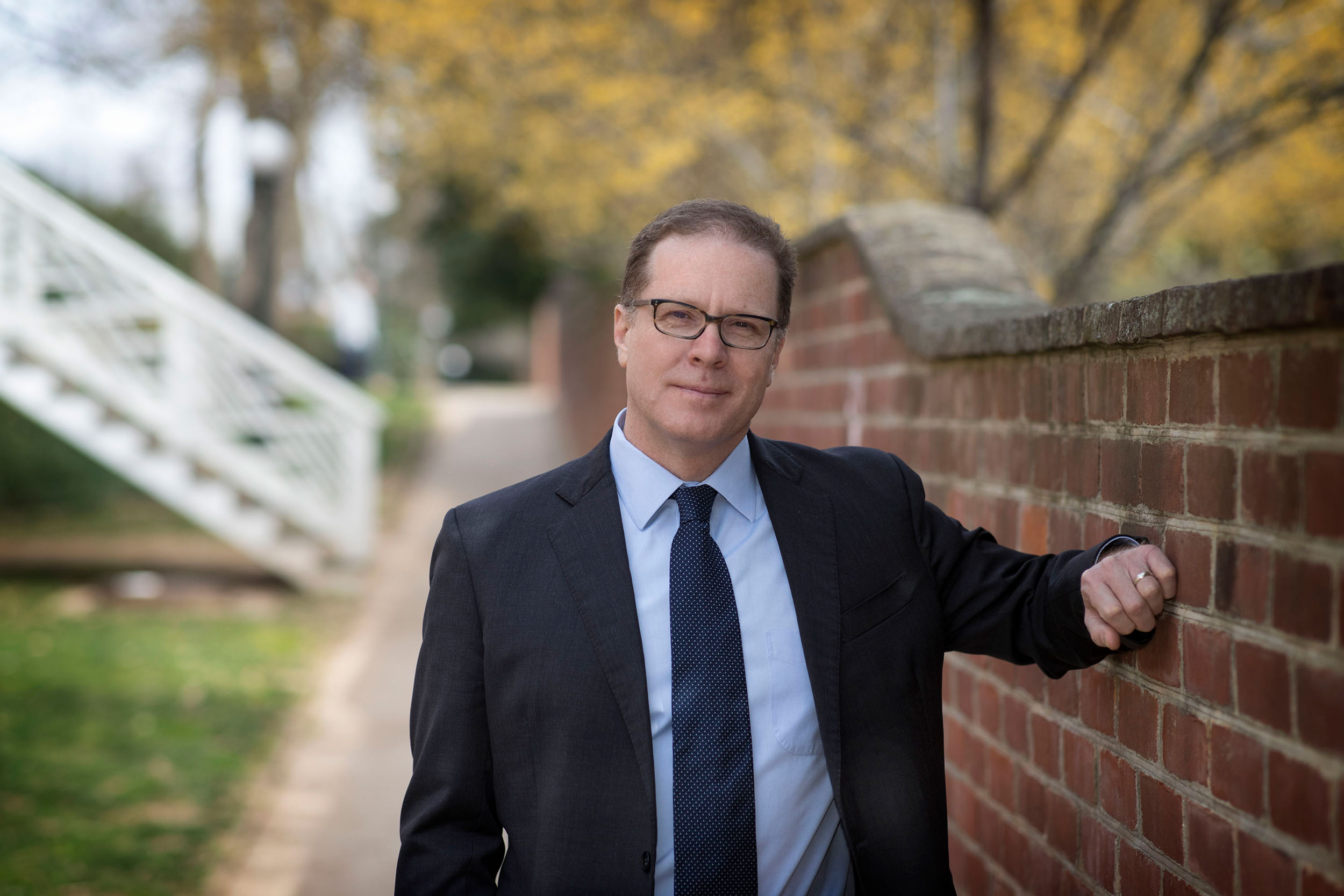 Having skied and sailed in beautiful locales like Jackson, Wyoming; Newport, Rhode Island; and Puerto Rico, Jay Shimshack has loved nature ever since he can remember.

So when he turned that love into a career, it felt, well, completely natural.

“I just had a connection to the natural environment,” said Shimshack, an associate professor of public policy and economics at the University of Virginia’s Frank Batten School of Leadership and Public Policy, “and was very drawn to working in an area that I felt passionately about.”

That passion was on display last month when Shimshack – whose major fields are environmental regulation, environmental economics, corporate social behavior and microeconomics for public policy – traveled to Washington to testify before the House Committee on Energy and Commerce.

UVA Today caught up with Shimshack – who also has a courtesy  appointment with the Department of Economics in the College of Arts & Sciences – after he returned.

Q. What was the context of your testimony?

A. There is a relatively wide perception that environmental monitoring enforcement is declining, particularly over the last two years. There’s concern that [Environmental Protection Agency] oversight is being reduced, and indeed we see smaller labor numbers, smaller enforcement action numbers, smaller inspection numbers – so there appears to be changes in oversight. The question is, what are the implications? Is that problematic for environmental quality?

My role at the testimony was not to discuss whether there was a change in enforcement strategy at EPA. It was to provide an academic perspective on the implications.

Q. What points were you trying to get across?

A. The first was that the evidence suggests that inspections and fines get results. Environmental interventions get results. They generate improvements for human health, for the natural environment, for property values, for recreation and other things that we care about.

The second point was that further devolution of oversight from a federal government agency like the EPA to the states may have negative consequences. States do great work, but more state oversight is not necessarily better.

Q. In your 20 years of studying environmental enforcement, how has the landscape changed. What would a graph look like – kind of up and down?

A. There is a common notion that both federal and state agencies are persistently being asked to do more with less. But there does appear to be a precipitous decline in the last couple of years, and that matches a labor force reality: EPA enforcement staffing has declined and the number of actions has declined.

You’re absolutely right that sometimes there are big ups and big downs. Right now, this appears to be a relatively marked downturn – perhaps it’s temporary, perhaps not.

Q. How do you envision the future?

A. We have made extraordinary strides in environmental quality over the last 40 years. U.S. air, water and waste pollution is far lower than it was 40 years ago – so we have seen dramatic improvements.

On the other hand, I do think that if we begin to roll back some of these extremely successful regulations and the implementation of those regulations, we would start to see consequences for the natural environment, for human health, for property values, for recreation and things that really matter to a lot of us.

Q. What gets you most worked up about things happening to the environment today?

A. Water pollution policy is something that is, surprisingly, understudied.

Water quality has really important implications for human health around the world, for recreation and property values in the United States. You think about trash in the oceans – that was something I encountered all the time growing up around the water.

We still have a lot of problems with waste in our waterways and our water being unsafe for swimming, fishing, drinking – the Flint water crisis. These are things I think are incredibly salient.

Q. If you could take your magic wand and erase one environmental problem, what would it be?

A. I think the natural answer to this question is climate change, because it interacts in so many ways and with so many things. It has implications for generations of people – air, water, waste, sea level, you name it. The number of potential environmental issues that interact with climate change is enormous.

However, an enormous amount of our social and intellectual resources are going to that issue now. I think if we had incremental resources, one might think very carefully about the bang per buck. In that case, I think a lot of traditional environmental issues – air pollution, water pollution, waste – these things are becoming understudied relative to the scope and scale of the problem. It’s estimated that air pollution causes something like 4 million to 9 million deaths annually worldwide. That’s greater than all the wars and violence in the world put together, plus HIV/AIDS, malaria and tuberculous. This is an enormous human health concern, and we are currently devoting a lot of our intellectual and public scholarship resources away from traditional air/water/waste problems and toward climate change alone.

So while I think if I got to wave my magic wand, I would choose climate change. If you asked me what I would do with an incremental million dollars, it would likely go to either air pollution globally or water pollution virtually anywhere, including the United States.

A Year We Will Never Forget: 2019-20 in Review END_OF_DOCUMENT_TOKEN_TO_BE_REPLACED

‘What Will You Carry With You?’ Remarks From UVA President Jim Ryan END_OF_DOCUMENT_TOKEN_TO_BE_REPLACED