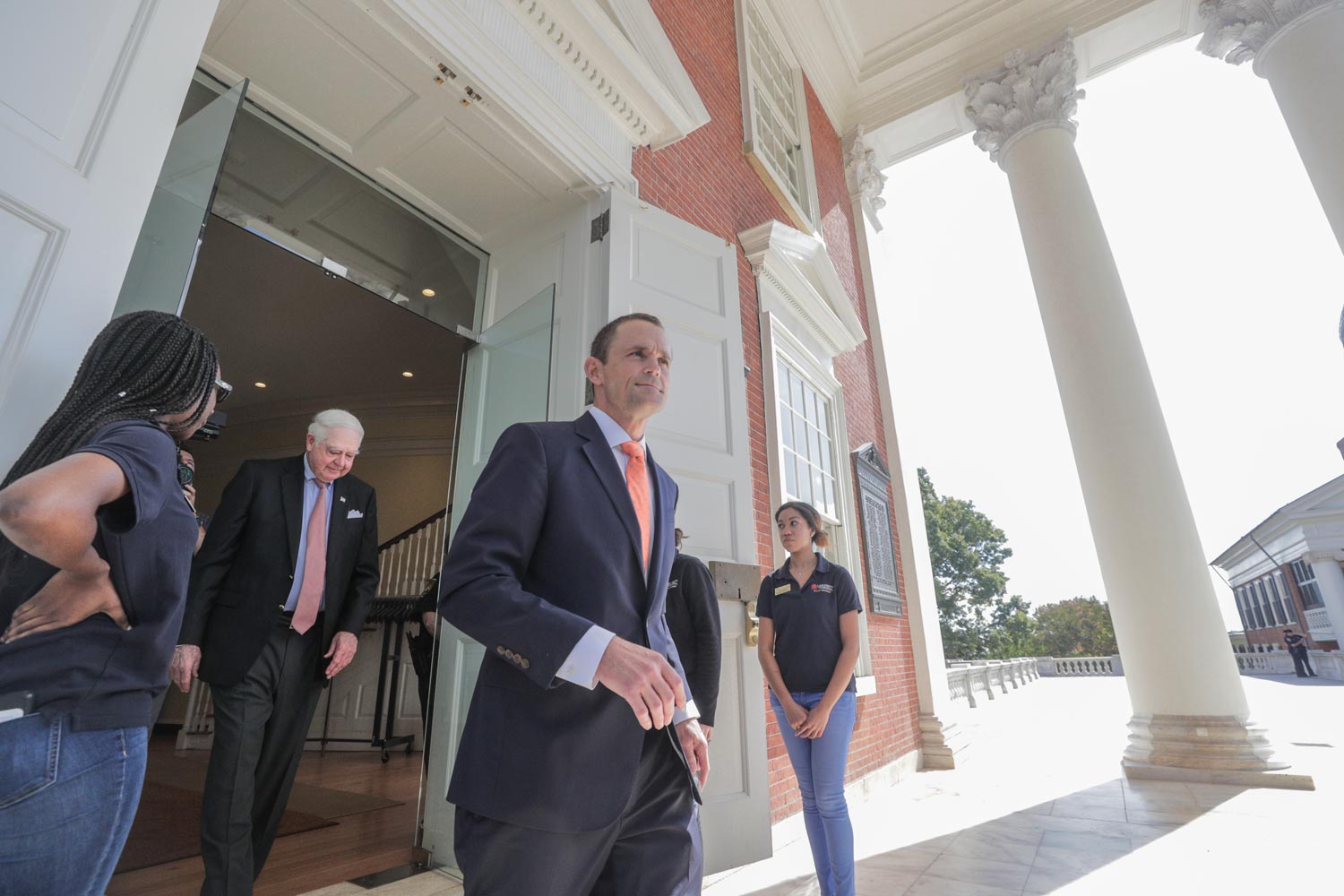 The University of Virginia and its Board of Visitors will formally inaugurate James E. Ryan as the University’s ninth president on Oct. 19 at 3 p.m., with the ceremony scheduled to be held on the Lawn.

Ryan, who is nearing the conclusion of his time as dean of the Harvard Graduate School of Education, begins serving as UVA president on Aug. 1. He is a 1992 graduate of the UVA School of Law and served on the school’s faculty for 15 years.

“The inauguration ceremony provides an opportunity for the community to join together to celebrate an important moment in the life of the University of Virginia, now starting its third century of service,” University Rector Frank M. “Rusty” Conner III said. “We look forward to sharing this moment with the University and Charlottesville communities, with our alumni and friends, and with President-elect Ryan and his family.”

Ryan will succeed Teresa A. Sullivan, whose term in office concludes in July.

Presidential inaugurations feature academic regalia, performing arts, community events and – while signaling the beginning of new leadership – celebrate the values and aspirations of an institution.

Though UVA is 200 years old, Ryan will be only its ninth president. The explanation is that founder Thomas Jefferson decided for a variety of reasons that the University shouldn’t have one, according to a history of UVA inaugurations compiled by Alexander “Sandy” Gilliam Jr., the University’s former protocol and history officer.

“Jefferson entrusted the administration of the University to a Chairman of the Faculty, who would be chosen by the Rector and Visitors of the University,” Gilliam writes of the history. “But by the end of the 19th century, running an increasingly complex university this way was no longer practicable, and the Board of Visitors voted to establish the office of president.”

In preparation for Ryan’s installation ceremony, an Inauguration Steering Committee that includes representation from students, faculty, staff, administrators and the community is charged with developing the agenda. The committee is exploring inaugural activities ranging from a community run/walk to cultural performances to celebrations of academic and research achievements of students and faculty.

Members of the Inauguration Steering Committee include:

Constantoulakis and Nigro also formed a Student Participation Subcommittee to involve graduate and undergraduate students in the planning process. Student contributors include:

Do You Know the History of Your Favorite Corner Spots? END_OF_DOCUMENT_TOKEN_TO_BE_REPLACED

Netflix to Add Ads. Why This Could Be a ‘Game-Changer’ for Your Viewing Experience END_OF_DOCUMENT_TOKEN_TO_BE_REPLACED

What’s Next for UVA’s Class of 2022? END_OF_DOCUMENT_TOKEN_TO_BE_REPLACED