In the Inner Ear, UVA Finds an Essential Key to Hearing Sensitivity 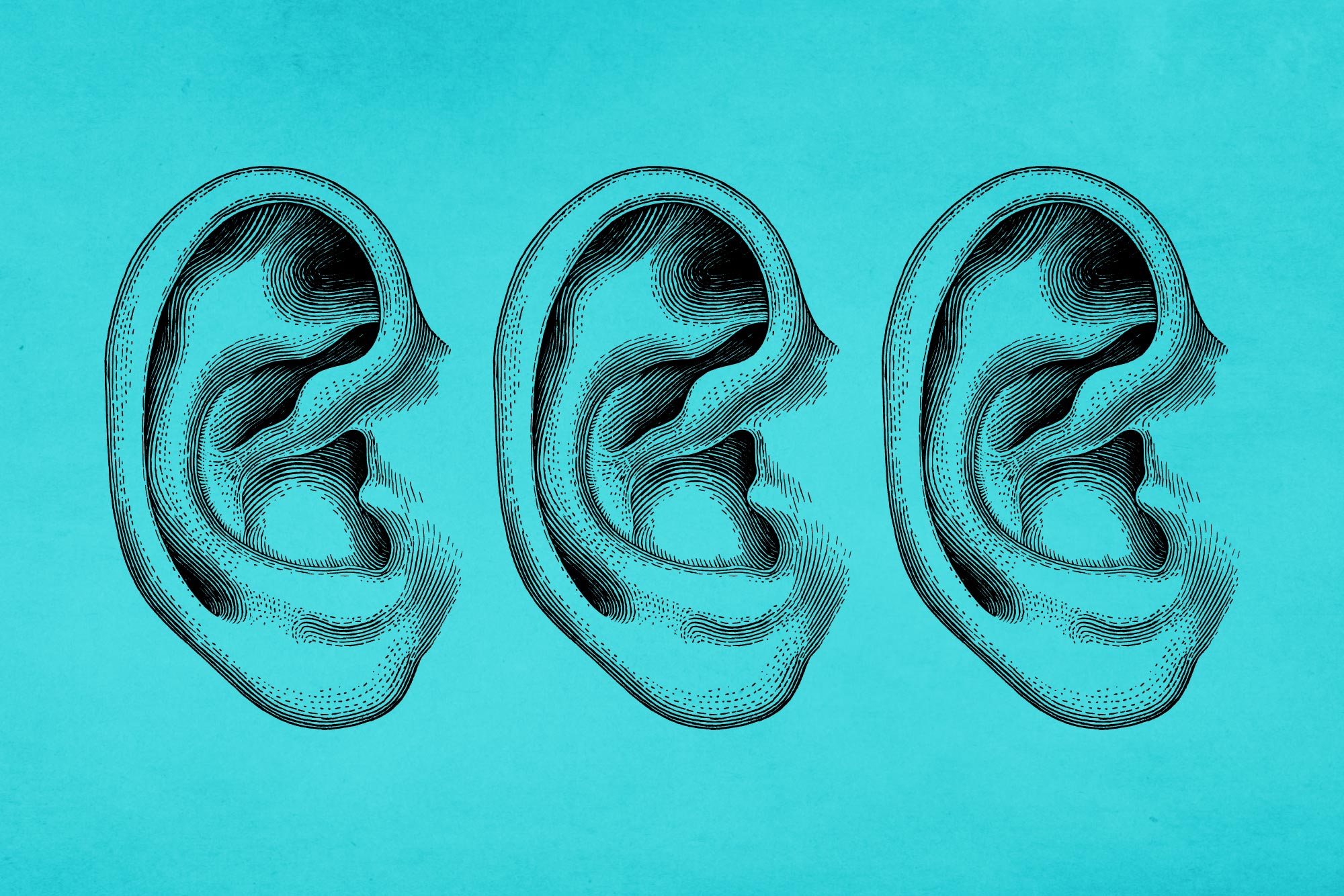 New research from the University of Virginia School of Medicine is shedding light on the biological architecture that lets us hear – and on a genetic disorder that causes both deafness and blindness.

Sihan Li, a graduate student in the lab of Jung-Bum Shin of UVA’s Department of Neuroscience, has made a surprising discovery about how the hearing organ in mammals achieves its extraordinary sensitivity.

It was long suspected that tiny molecular motors maintain the proper tension in the so-called hair cell mechanoreceptors that are located in the inner ear. This tension is a key factor in how we detect sound, similar to how a taut fishing line indicates nibbling fish.

The research team led by Li and Shin demonstrated that maintaining this tension was the responsibility of a protein called Myosin-VIIa. They also found that there is not just one Myosin-VIIa, but several – subtle variations that all play important roles. Problems with these protein “isoforms,” as the variations are known, lead to hearing loss, Shin’s team found. That speaks to the vital importance of these underappreciated variations in proteins. 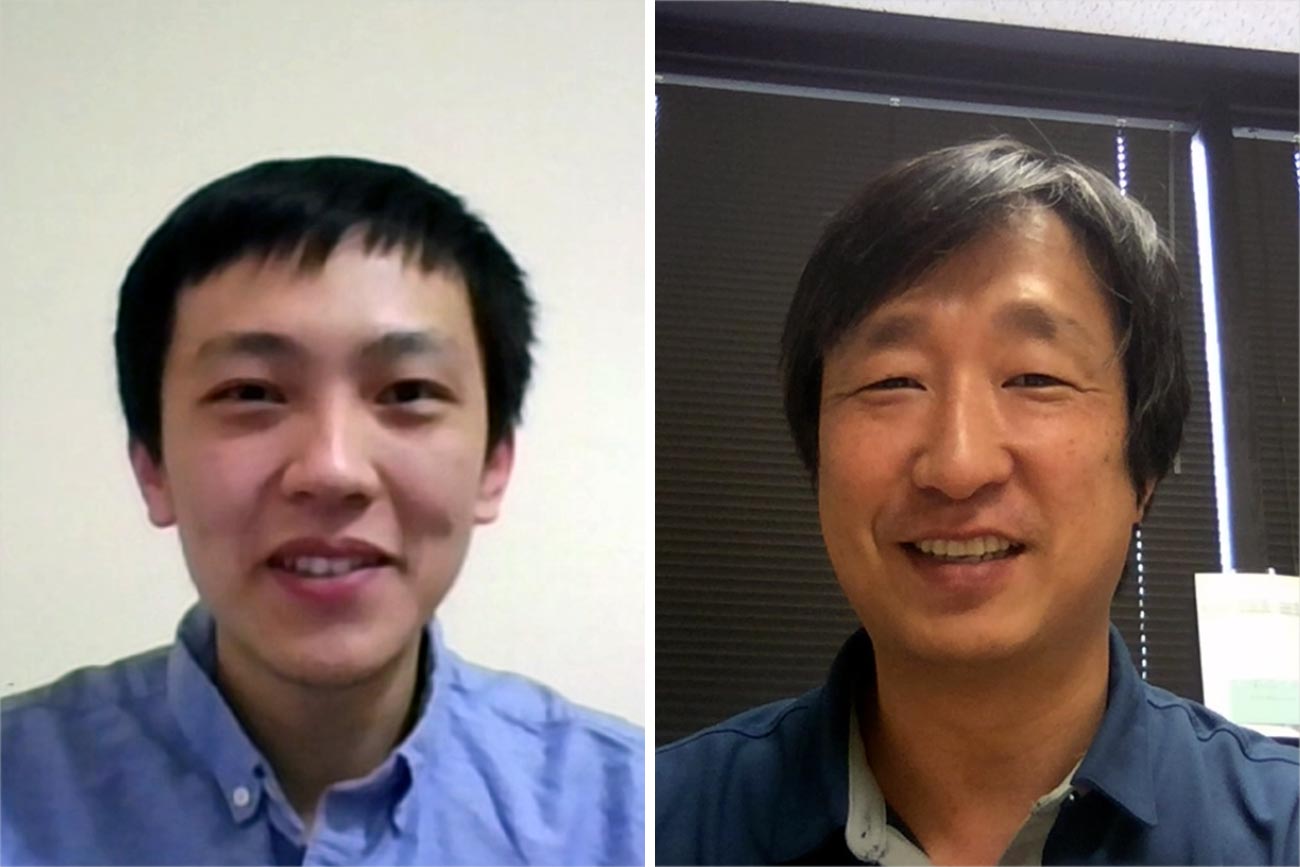 Sihan Li, left, and Jung-Bum Shin of UVA’s Department of Neuroscience led a team studying how problems with protein variations, or isoforms, lead to hearing loss in mammals. (Contributed photo)

“Our sense of hearing is incredibly sensitive, and our study identified a very important component in the underlying mechanism,” Shin said. “Furthermore, we showed that the molecular machinery that enables hearing is much more complicated than we thought, with each protein having multiple sister forms that have distinct functions.”

Myosin-VIIa is made by a gene labeled MYO7A. Mutations in that gene cause a rare genetic disorder, Usher syndrome type 1. Children with the syndrome typically are born deaf and then suffer progressive vision loss. The discovery by the Shin lab will contribute to a better understanding of this disease.

Shin and his team found that lab mice lacking proper Myosin-VIIa isoforms developed hearing loss. His work shows that the mice were able to develop hair cells, but their function was impaired and grew progressively worse. (Myosin-VIIa is also produced in the retina, the part of the eye that senses light. The Shin lab did not look at that, but his work might shed more light on how impairments in Myosin-VIIa affect vision as well.)

One of the great questions arising from the work, the researchers say, is exactly why the inner ear uses multiple isoforms of this protein. Finding those answers will help us understand an important aspect of our ability to hear, and it may one day help doctors develop new treatments for hearing loss.

“After all, the flip side of the extreme sensitivity of our hearing organ is that it is also very vulnerable to stress factors, such as noise and age. We have found one important mechanism by which the ear achieves its sensitivity,” Shin said. “This will help us understand the harmful processes that lead to the loss of our hearing sensitivity with age or due to noise trauma, laying the foundation for the development of preventative and therapeutic strategies.”

The research was a collaboration with laboratories at the University of Colorado and the National Institute of Health, and was supported by the NIH’s National Institute for Deafness and Other Communication Disorders, grants R01DC014254, R56DC017724 and R01DC016868, and by NIDCD Intramural Research Program Z01-DC000002.

The Bigger Picture: Starry Night in the Rotunda END_OF_DOCUMENT_TOKEN_TO_BE_REPLACED