‘Innovator of the Year’ Pioneers Procedure to Treat Essential Tremor 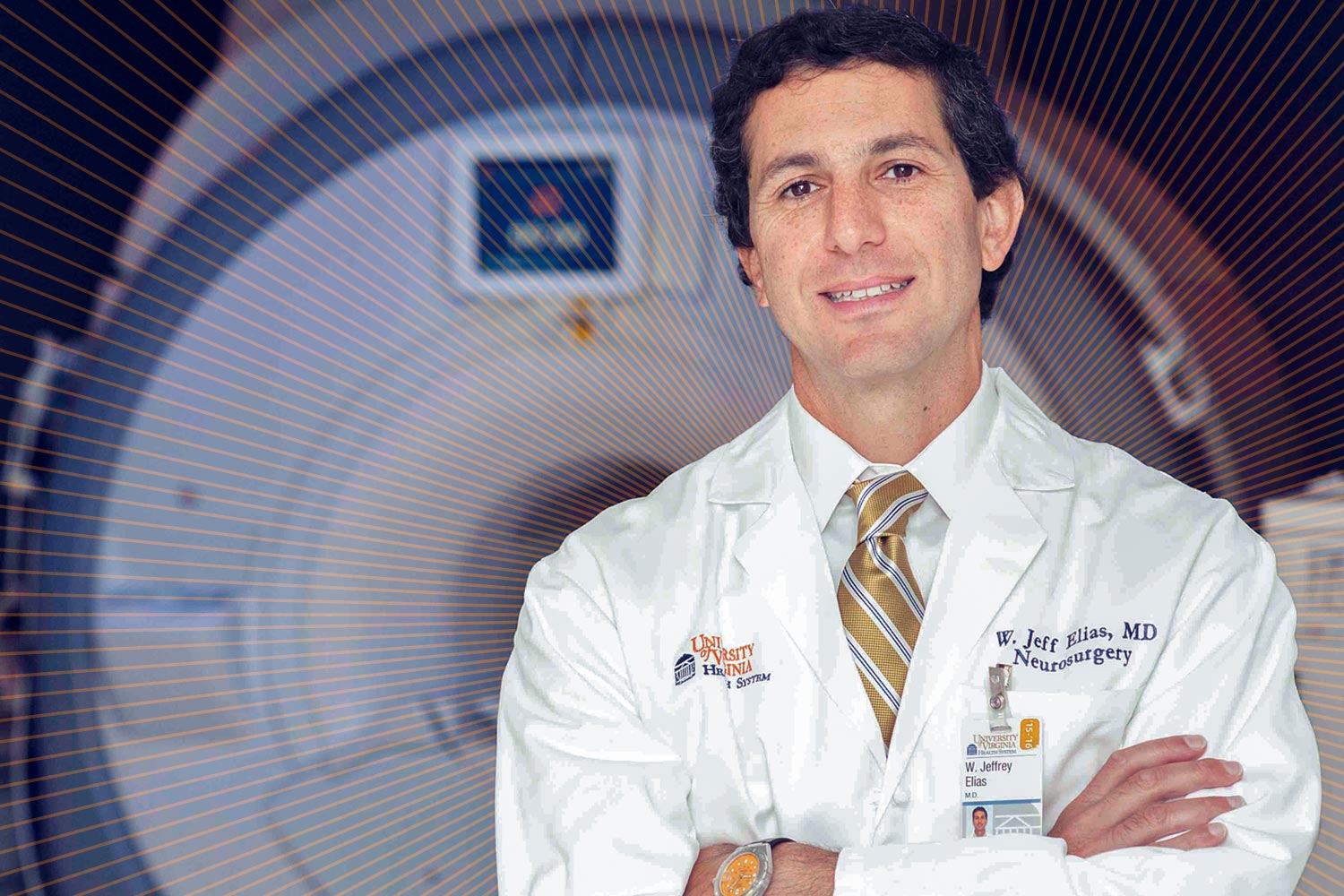 Millions around the world suffering from essential tremor now have a far-less-invasive option than brain surgery to treat the disorder, thanks to University of Virginia School of Medicine neurosurgeon Dr. Jeffrey Elias who has pioneered the use of focused ultrasound.

Elias pushed the technology – which eliminates the need for incision – from clinical trials to FDA approval in only five years.

“He has made a remarkable impact not only for his patients, but on the field of neurosurgery,” the Licensing & Ventures Group’s executive director, Michael Straightiff, said. “He is leading the way for innovative clinicians in translational research at UVA.”

When focused ultrasound technology came to UVA in 2009, the idea was to use it in the treatment of brain tumors.

However, Elias pursued an additional application. He believed the technology could treat essential tremor, a condition that afflicts an estimated 10 million Americans.

The technology allows for a highly precise treatment that focuses sound waves within the brain to create heat, interrupting malfunctioning circuits that are responsible for the tremor symptoms. Using MRI, clinicians can monitor the procedure in real time and adjust the treatment based on the patient’s response.

After starting a lab and organizing a clinical trial, the first treatment on a patient in 2011 was, according to Elias, “wildly successful.”

When some 2,000 people applied for 15 spots in the next clinical trial, Elias knew he was really onto something.

“That demonstrated the interest in an incisionless procedure,” Elias said.

Subsequently, Elias published an article in the New England Journal of Medicine that created buzz, along with some debate. “It was reintroducing stereotactic lesioning to a field that had kind of abandoned it,” said Elias, referring to the technique that uses a coordinate system to locate small targets in the body.

But over time, Elias said there has been a paradigm shift in the approach to the treatment of movement disorders.

“The mainstream procedure had shifted to brain stimulation,” Elias explained. “Stereotactic lesioning of the brain was kind of viewed as kind of a step back, or less of an advance. But the fact that we could do these precise treatments without any kind of incision, implanting any kind of device, or having any kind of real surgery, was very appealing to patients.”

Elias saw his clinic change overnight. Suddenly, patients were driving their own care. “Initially, they were more interested in this procedure than their doctors,” he said.

After Elias conducted a successful international study, the technology received FDA approval in July of 2016.

Today, Elias said, UVA is one of about 10 places in the United States that perform the procedure.

Elias said the development of the procedure was a team effort involving the areas of imaging, engineering, neuroscience and surgery.

“No one group could have done it,” he said. “The sum of the parts way exceeded the whole.

“It really demonstrates how teams and technologies come together. It shows what you can do in medicine.”

The Innovator of the Year is an award given to University faculty members whose research is making a major impact on society.

“You have to have someone with a lot of smarts, a lot of vision and a lot of persistence – like Jeff – to fit the pieces together and deliver better care for patients,” said Keller, a colleague of Elias.

Elias, who will be honored Feb. 27 during a ceremony at the Rotunda, said UVA proved to be the perfect incubator.

“We had great collaborators, great support of the institution and my departments,” he said. “I just didn’t feel any barriers.

“This is a place where we can do big things.”