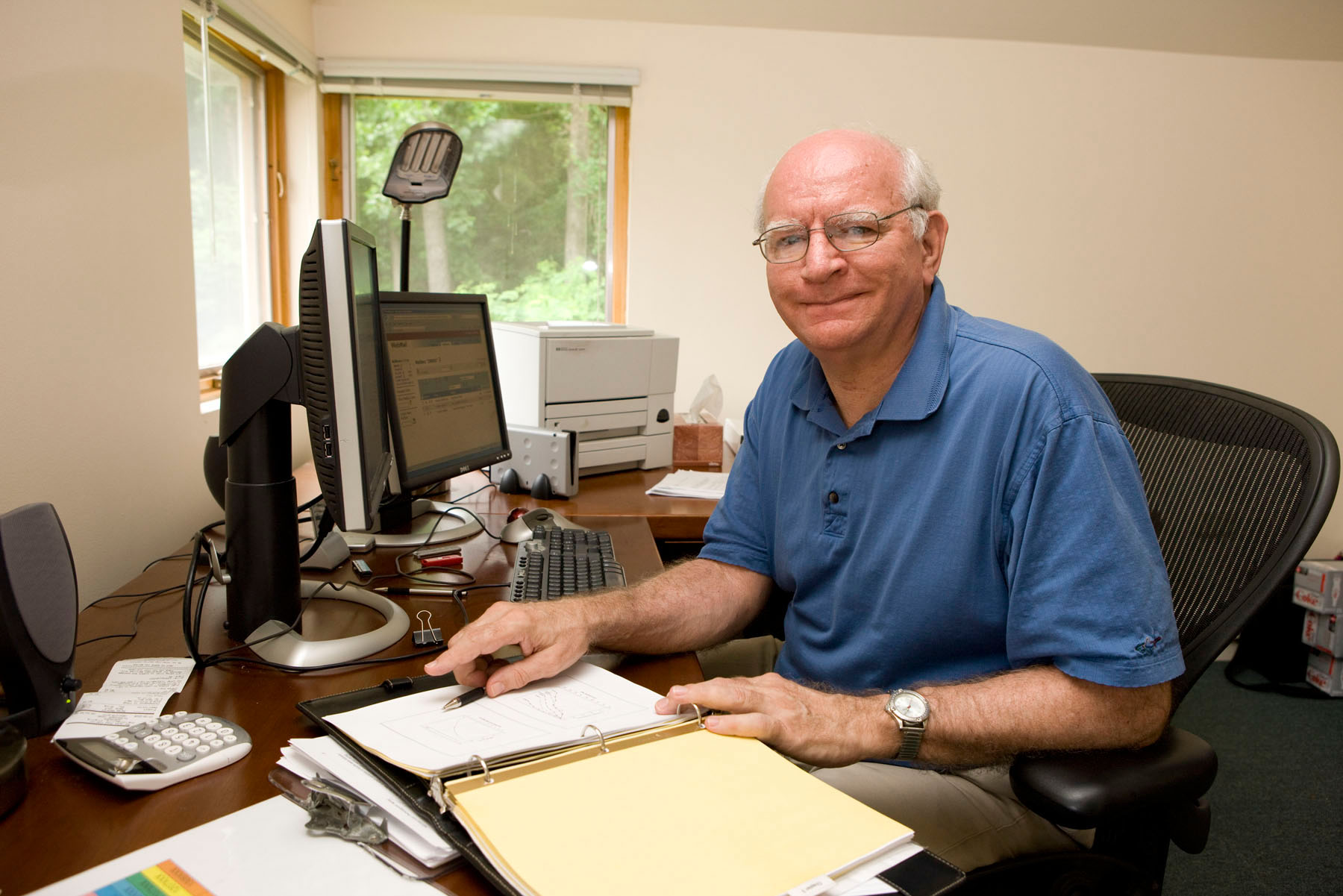 July 18, 2008 — Annette Baehne, 89, has always been curious about life — her own and life in general. She reads histories and novels, and searches the Internet for information about anything that interests her. She writes daily in her journal, and recently read the Bible over six months.

But her memory is not what it used to be, she admits. She has "lapses" – difficulty recalling details, names, dates. Even her daughters, now in their late 60s, talk of their own minor problems in recalling details. And Baehne's husband, Carlyle, 91, is in the early stages of Alzheimer's disease.

Baehne is curious about the workings of her mind, and her husband's, and that led them to participate in a long-term University of Virginia study on the effects of aging on cognition – one's ability to think, remember, learn, judge, to simply be aware.

"I want to understand our minds as we age," Baehne says. "Through participation in this study, we can also contribute to the larger understanding of how people's mental abilities change over the years."

Researchers with U.Va.'s Cognitive Aging Laboratory are testing and tracking hundreds of volunteer participants in their studies. Participants range in age from the mid-20s to 98.

"By following individual people over time, we will gain insight to changes in cognition, and possibly discover ways to alleviate or slow the rate of decline," says Tim Salthouse, a U.Va. professor of psychology and the lead investigator. "We will also better understand the processes of cognitive impairment, the declines that may predict eventual Alzheimer's disease or other dementias."

Using a battery of tests for memory, reasoning and speed, Salthouse and his team began their study in 2001 and many of their participants, including the Baehnes, have returned for continued testing. Salthouse hopes to monitor changes over many more years, perhaps even decades.

The investigators also are surveying the participants' health and lifestyles to see if certain characteristics, such as social relationships, serve to moderate age-related cognitive changes.

Various studies have indicated that cognitive declines involving task speed may occur as early as between age 20 and 30. Further declines in speed, reasoning and memory occur during the following decades.

By age 60, many people will have experienced half of the age-related cognitive changes that will occur during their lives. The other half occurs more rapidly, usually between the ages of 60 and 85.

But there is a great deal of variability from person to person, and Salthouse points out that most people will function at a highly effective level well into their final years, even when living a long life. There also is some evidence that people who pursue mentally stimulating activities could possibly slow age-related cognitive decline.

Salthouse and his team use a variety of tests to measure the cognitive function of their participants. Memory tests, for example, may include a brief story read to a participant who will then try to recall details. A reasoning test may include images of a folded sheet of paper that has a hole punched through. Participants try to determine where the multiple holes will be located when the paper is unfolded. Other tests time the performance of tasks that require mental concentration.

While such studies show a progressive decline in average level of cognition as people age, getting older has its advantages.

"We gain what often is called wisdom," Salthouse says. "People in their 60s and beyond often have a more positive outlook than people in their 20s and 30s. We get better at regulating our emotions and at emphasizing what we can do rather than our deficiencies. We often become more content."

Certainly this is true of Annette Baehne. During her husband's career in the construction business, they moved several times around the United States. Now they are settled in Charlottesville with their eldest daughter.

"I feel we've been blessed," she says. "I greatly appreciate the time we have together."

To learn more about U.Va. research on aging, visit www.virginia.edu/aginginstitute/research/. To participate in the research in the Cognitive Aging Laboratory, call 434-982-6320.

Fall Is in the Air on Grounds END_OF_DOCUMENT_TOKEN_TO_BE_REPLACED