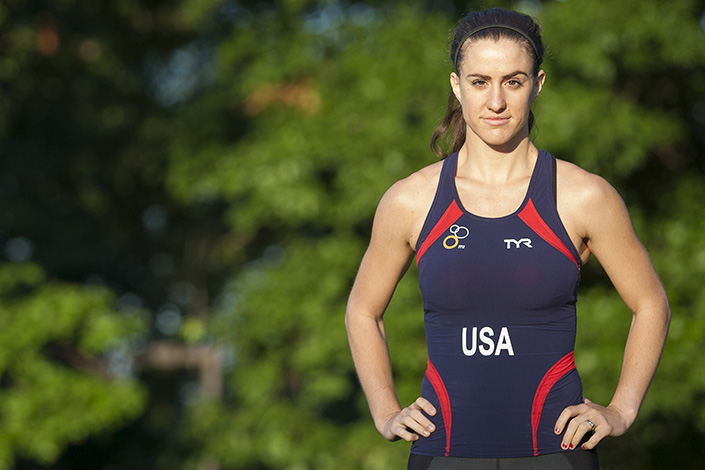 Editor's note: This story was originally published Oct. 7, 2015. At the Ironman World Championships in Hawaii, Cammie Fausey finished eighth in the 18-to-24 age group -- fulfilling her goal of placing in the top 10 -- completing the grueling course in 11 hours, 43 minutes, 33 seconds.

When 2013 University of Virginia alumna Camrynn “Cammie” Genda Fausey – the Ironman 2014 all-world champion for her age group – competes in the Ironman World Championships on Saturday, she will think about those swimming, cycling and running beside her who have lost limbs or battled chronic illnesses.

In her first post-graduation job with the Department of Defense, she thought about the Marines riding in vehicles she was designing, depending on her work to keep them safe.

Now, as she pursues a Ph.D. in chemical and environmental engineering at Yale University, she pushes through long nights in the library thinking about families that she met in India, in desperate need of the sanitation improvements she will research.

“The most difficult part of the Ironman is not physical – it’s mental. You have to push through the pain and on to the other side,” Fausey said. “To get up every day and tackle new problems in the world around me, in my own personal growth and in the most meaningful things like my marriage and my relationship with God, all of that takes mental stamina – jumping back in and not being willing to give up.”

On Oct. 10, Fausey’s mental and physical stamina will be put to the test during the Ironman World Championships in Kailua-Kona, Hawaii. For the uninitiated, an Ironman race includes a consecutive 2.4-mile swim,112-mile bicycle ride and 26.2-mile run – totaling 140.6 grueling miles. It is arguably the most challenging one-day athletic competition in the world.

Fausey, who was on the triathlon team at U.Va., topped the world rankings in the 18-to-24 age group after winning two of the three Ironman races she has competed in. The first, undertaken after a challenge from a friend, remains vividly seared in her memory as a painful and powerful beginning.

“It was literally the most pain in which I have ever been in my entire life,” she said, her voice carrying no trace of hyperbole. “It was in Lake Placid, New York, with more hills than I had ever ridden before. It was during a lighting storm, which I barely even noticed during the 2.4-mile swim, but feared for during the 112 miles on the bike. Ambulances sped past me to pick up racers who had lost control in the downpour. If I lost focus for a split second when racing 45 miles per hour downhill behind them, I would need an ambulance as well.”

Despite the pain of the mountainous course, she finished third and ran straight into a new passion.

“I love the entire process and admire the people racing alongside me, many of whom have overcome so much more than I have ever had to do,” she said. “Some of them are racing without limbs, many of them are military that I served, working for the Department of Defense. They inspire me and remind me of the blessing it is to have a fully functioning body.”

Fausey also knows the importance of a great cheering section, typically including her parents, at least a few of her 11 siblings and her husband, former U.Va. wrestler Jonathan Fausey.

“I actually see drastic changes in my times when they are there. They provide crucial emotional support and they can give me information about who is behind me and how far they are,” she said. “Without them, I would not be who I am.”

Growing up, Fausey’s father was in the military and the family moved around a bit before settling in rural Berryville, Virginia, where Fausey and her siblings were home-schooled. Her older brother attended U.Va. and she was eager to do the same.

“I really respect my siblings and, visiting them at U.Va., I was always struck by the passion students had for their respective fields,” she said. “It was a culture that bred an aura of passion and fed diverse interests. I knew that I was an eclectic person, interested in some kind of random things, and thought I might fit right in.” 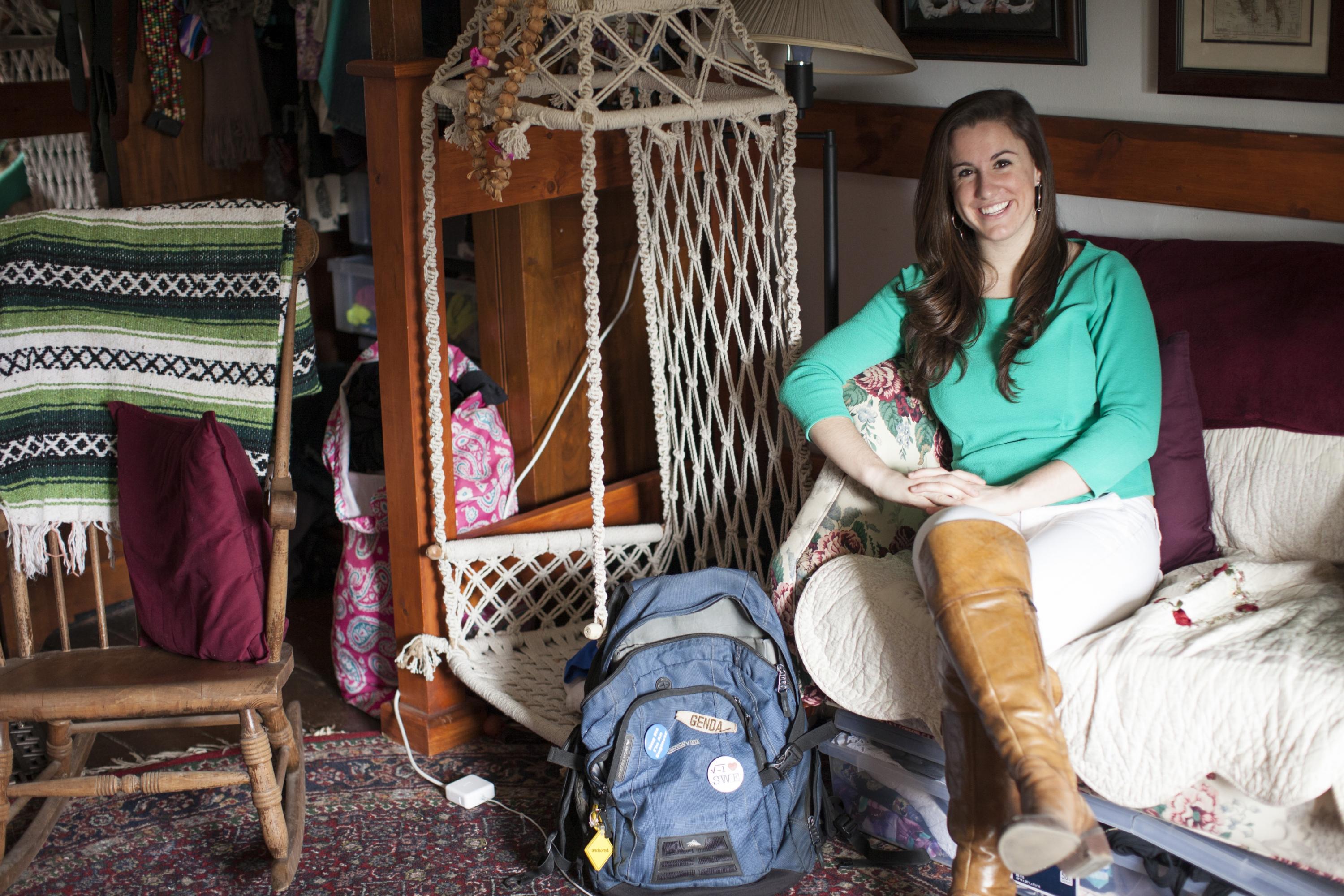 Fausey, seen here in 2013, was a Lawn resident during her fourth year.

While at U.Va., she pursued those diverse interests with typical energy, double-majoring in systems engineering and economics and minoring in both business and science and technology policy. She excelled on-Grounds and off, serving as an orientation leader one summer, a White House intern the next and leading a summer camp at an orphanage outside of Tijuana, Mexico her last summer in undergrad. Her leadership as a resident adviser earned her a room on the Lawn, where she served as head resident.

Fausey graduated in 2013, earning an Algernon Sydney Sullivan Award, and entrusted U.Va. to the care of two younger siblings currently attending, as well as high school siblings preparing to apply. She joined the Department of Defense, where she tested and improved designs for amphibious assault vehicles used by the Marine Corps.

“Ultimately, I was fixing issues with the vehicles to make them safer for the Marines and make their fighting capabilities more accurate, precise and efficient,” she said. “With a father and four brothers in the military, that was especially meaningful for me. I was honored to use my U.Va. education to serve them.”

After two years with the Department of Defense, Fausey is returning to school hoping to serve another population – families and children in developing countries.

While at U.Va., she traveled to India to research sanitation and volunteer with an anti-trafficking agency. Now, she is embarking on a Ph.D. at Yale, focusing on how chemical and environmental engineering can better eliminate waste, create energy and provide clean drinking water in the developing world.

“Sanitation is a huge global issue that can change the way people at the lowest levels of society are perceived and ultimately improve their state in life,” Fausey said. “I have always had a heart for people born into situations that they cannot help. Poor sanitation – or a complete lack thereof – keeps so many people from moving forward because it perpetuates disease and horrible living situations.”

Such are the things that she will carry with her to Kailua-Kona: a heart for the less fortunate; a desire to serve those like her father and brothers, who risk their lives for their country; and a continual need to give her very best, powered by a mental stamina that is at least as extraordinary as her physical capabilities.