This J-Term Course Examines History of Self-Portrayal, From Mirror to iPhone 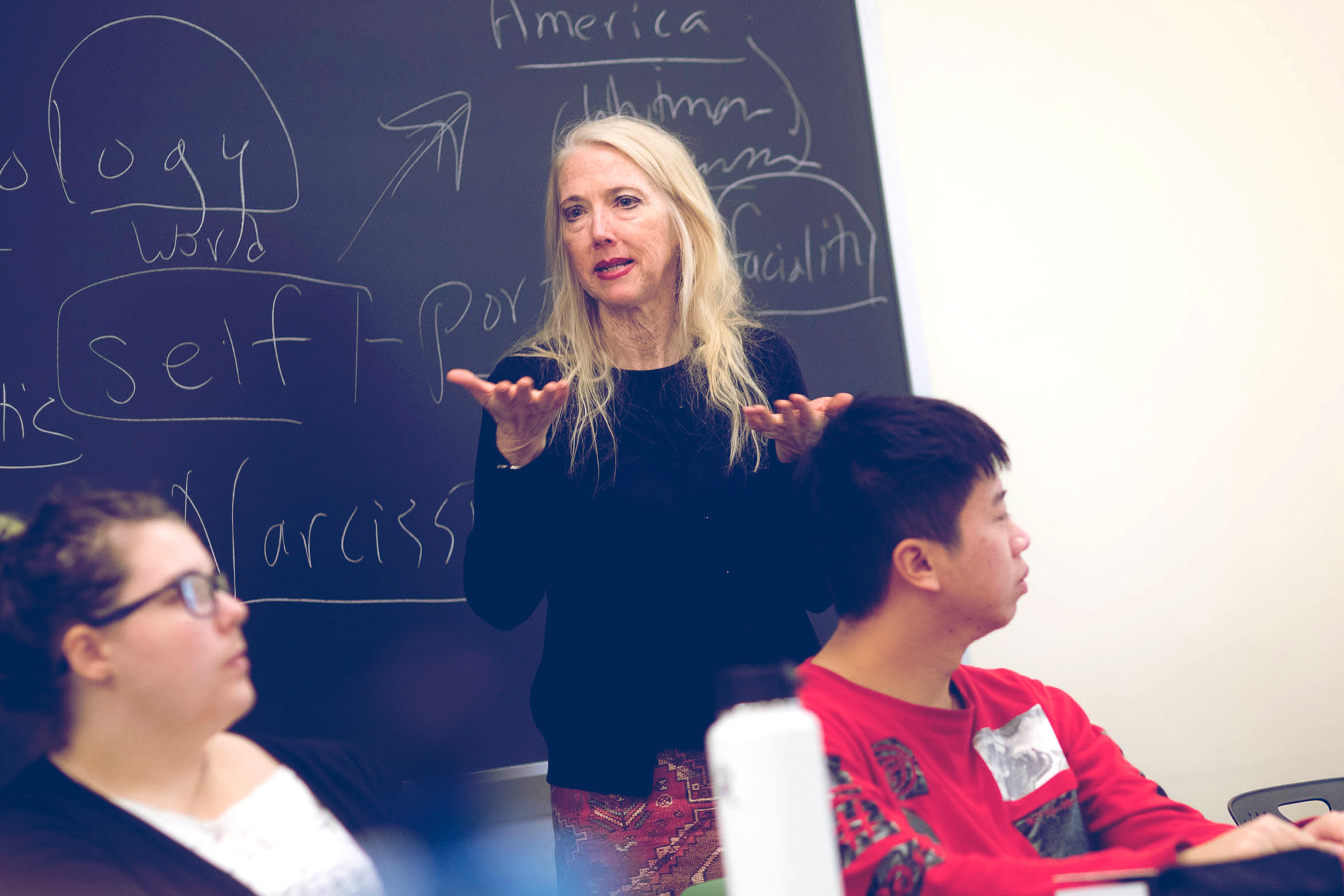 Selfies taken at the most flattering angles and enhanced with just the right filters abound on the Instagram accounts of everyone from the Kardashians to President Obama to the students who roam the University of Virginia’s Grounds.

UVA English professor Lisa Spaar said this kind of visual portraiture isn’t a new phenomenon, though. In fact, it dates back thousands of years.

“Portraiture has been around since antiquity,” Spaar said. But portraiture’s place in society has continually evolved throughout history, Spaar added, particularly the art of self-portraiture. 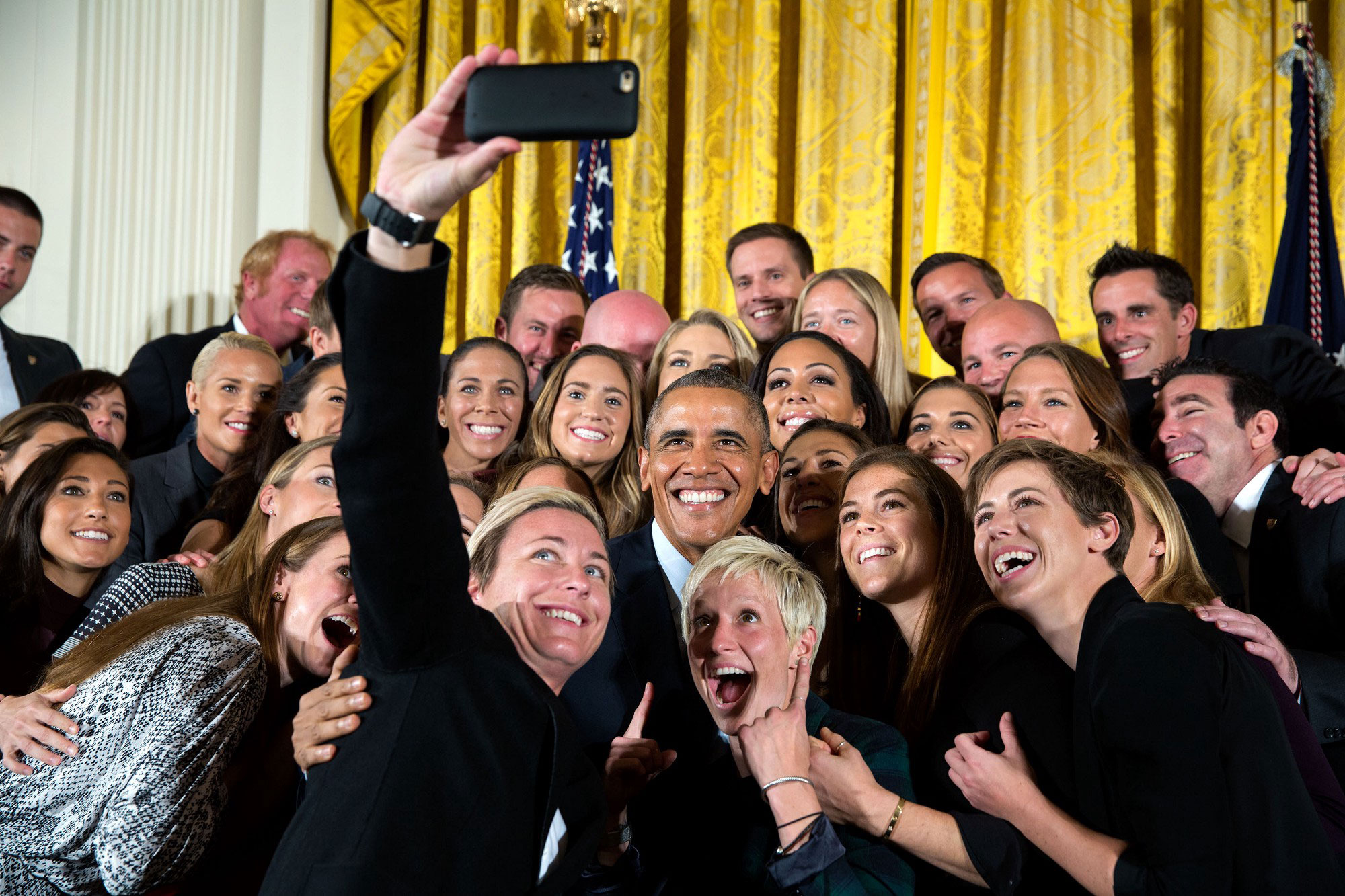 “During the Renaissance, when it became cheaper to make mirrors, that’s when we started to see a burgeoning of the self-portrait,” she said.

Iconic artist Vincent Van Gogh is known for his self-portraits. Thanks to technological advances, however, one no longer needs to take a paintbrush to canvas in order to laboriously create a visual self-portrayal. Instead, a quick tap of a smartphone’s screen does the trick in a matter of seconds.  The progression of self-portrayal is the topic of Spaar’s January term class, “Selfies Old and New: The Self-Portrait in Visual Art and Poetry,” which explores the evolution of self-portraiture in both written and visual form.

Spaar’s class is just one of 62 January term courses being offered at UVA this month, all of which enable students to earn credit hours toward their degrees. This year, approximately 1,152 students (including 34 visiting students) are enrolled in January term courses that span nearly 30 areas of study.

“January term provides an opportunity for UVA students and visiting students to fully immerse themselves in a topic of interest,” said Rachel Miller, associate director of summer and special academic programs. “The short, intense nature of J-term means that students and faculty engage closely with each other and with the material they’re covering. An academic community emerges quickly when studying a topic so deeply for hours each day.” 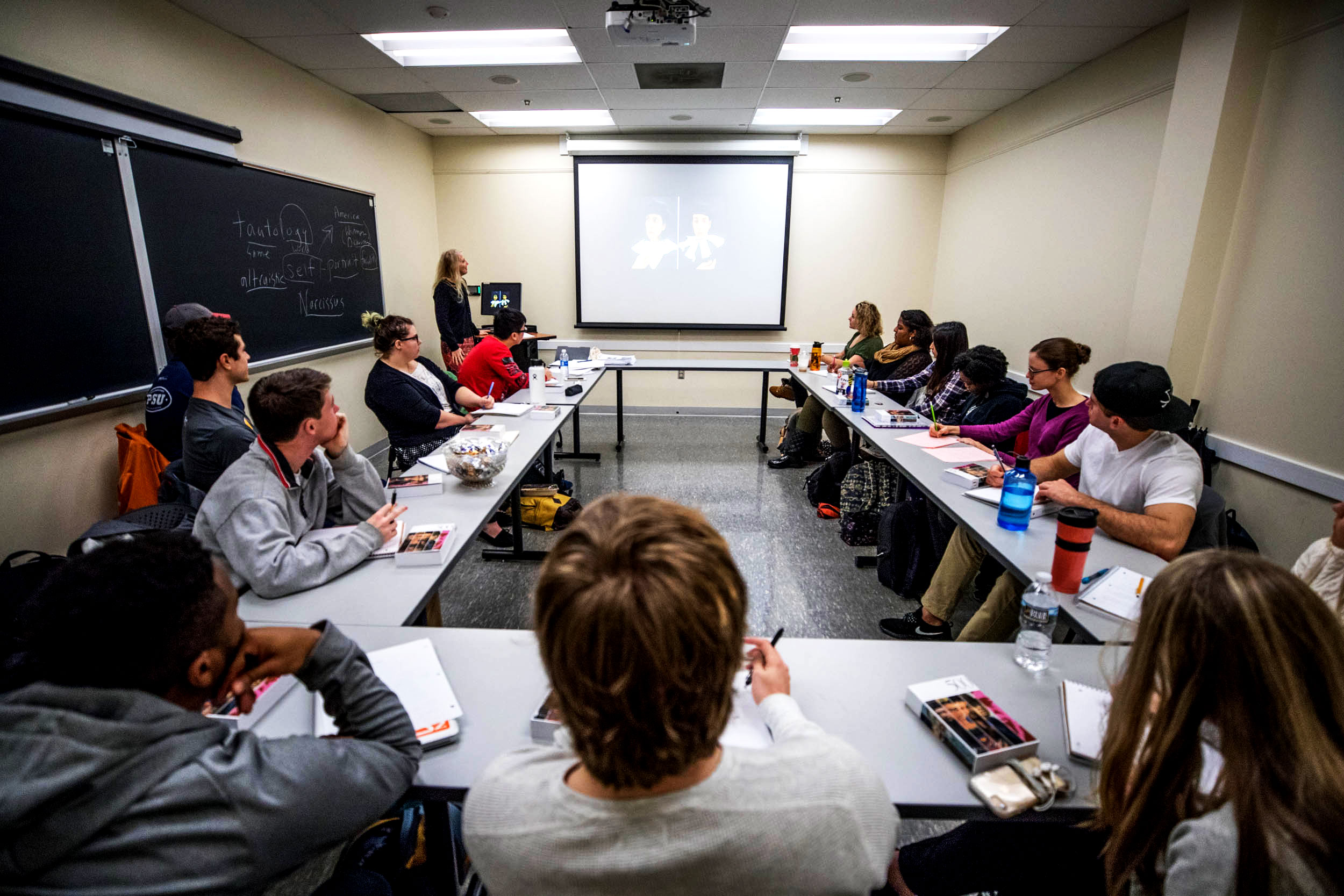 Many students, however, like those in Spaar’s 10-day long course, will remain on Grounds for their winter break studies. Spaar’s syllabus includes a visit to The Fralin Museum of Art to observe and interpret examples of human self-portrayal from throughout history.

“We talk a lot about the changes in visual art in terms of self-portraiture in the mid-20th century,” Spaar said. “As visual artists began to become more conceptual in their portrayals of themselves, that’s when poets also became more conscious about the use of the self in their work.”

At the conclusion of the class, Spaar’s students are challenged to examine the modern preoccupation with self-portrayal by creating their own self-portraits.

“They take self-portraits every day – lots and lots of them,” Spaar said. “We talk about how they construct the self through filters and light boxes, and it gets them thinking about the choices they make in terms of how they present themselves to the world.

“I hope they come away from the course with a more open-minded and deeper notion of what the self is, and that they better know themselves as a result.”

Spaar started teaching this course three years ago, and said her students come from all academic backgrounds – not just the humanities.

Nikia Ewell, a student in the Curry School of Education, said January term provides the opportunity to explore classes that are outside her concentration area.

“My initial reason for taking a J-term class is to get my College credits up so that I can graduate on time, but the reason I chose Professor Spaar’s class in particular is because I love English, and I have not had enough of it in my college career,” she said. “I also took an art history class with Professor Claire Raymond about women in photography and we talked a great deal about what is ‘the self’ and how the self changes in pictures, photographs and film. So, I thought this class would be a great addition to that knowledge."

Spaar said that no matter a student’s career aspirations – teacher, scientist, nurse, accountant, or otherwise – there are valuable lessons to be learned from her course.

“Anybody with an open mind can respond to art, and art helps human beings be real to one another,” she said. “To be a more discerning reader of visual images and writing is important, but with all the wonderful things happening in technology, one risk is that we’re going to be so caught up in the present that we forget about the past. It’s important to remember that this thinking about the self and portraying of the self is not new; it’s something human beings have been doing as long as they’ve been aware of being human.”

Q&A: Assessing the Risks and Rewards of Pelosi’s Plan to Visit Taiwan END_OF_DOCUMENT_TOKEN_TO_BE_REPLACED

These Giant Wind Turbines, Inspired by Palm Trees, May Be the Future of Renewable Energy END_OF_DOCUMENT_TOKEN_TO_BE_REPLACED