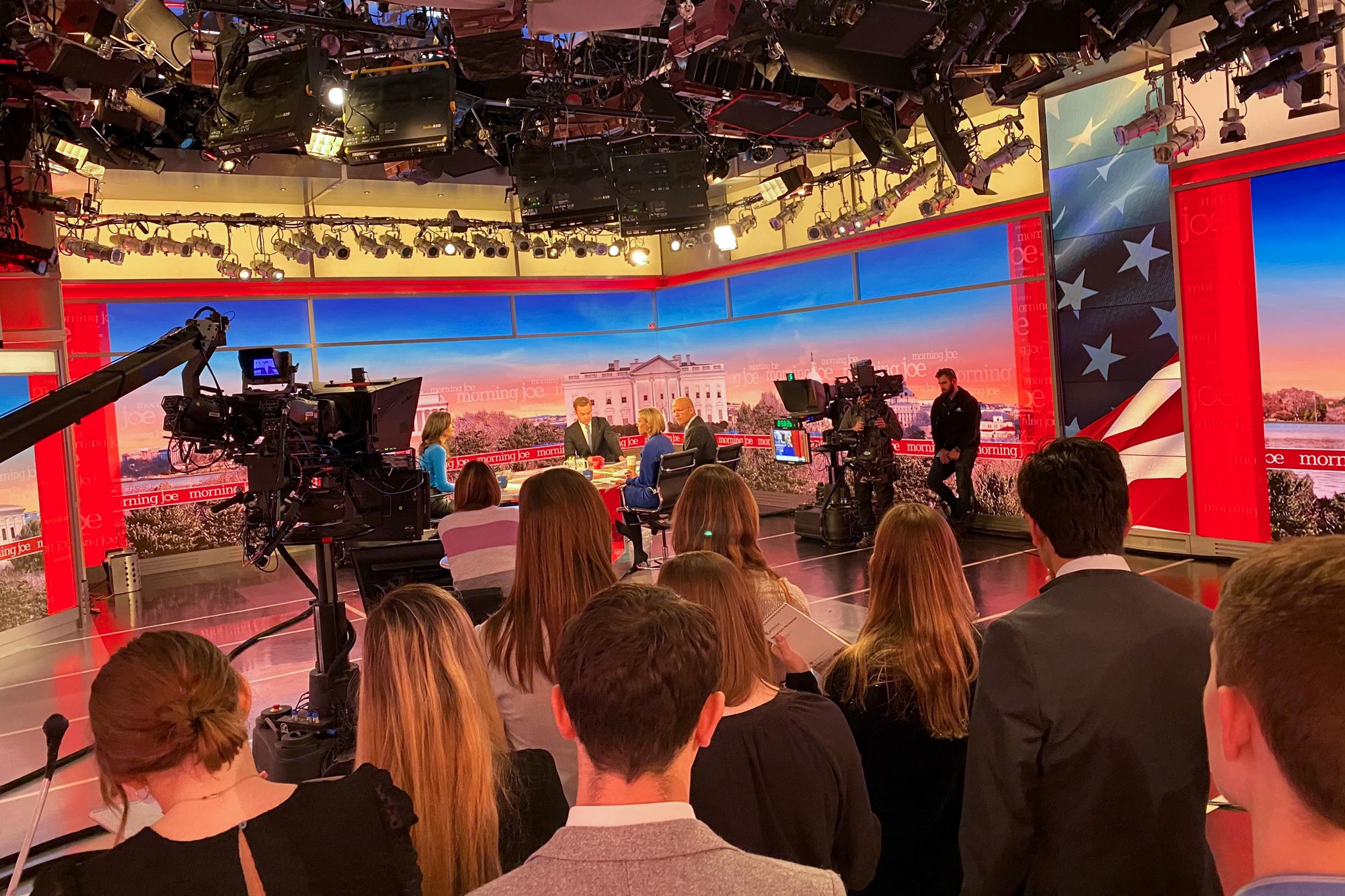 The title of Siva Vaidhyanathan’s January term media studies course, “Journalism in NYC,” is about as succinct as you can get – and that’s the whole point.

Students who enroll in the course know they aren’t going to be able to visit the Statue of Liberty or catch a Knicks game when they hit the Big Apple. Rather, they are going to be thrown right into the hottest media cauldron in the world.

Vaidhyanathan says the course – which he teaches with Allison Wright, executive editor of Virginia Quarterly Review – is one of the best ways he knows how to help “professionalize” prospective journalists.

The course shows students how to produce a feature profile of a business or person in a short time with limited resources. It also demands that students interact with leaders in the field in a professional environment, with class participation counting for half of students’ final grades.

“We expect students to ask blunt and challenging questions of the executives and editors we meet,” Vaidhyanathan said.

In addition, almost every visit included recent UVA media studies graduates who are working in those companies – most of whom had taken the same course in past years. “So the students were able to imagine themselves in those roles and had instant contacts and role models,” Vaidhyanathan said.

Q. Emily, one of the course’s aims was to introduce students to the current challenges and opportunities facing journalism and media. In that regard, what were some of your main takeaways after your meetings with the various media outlets in New York?

Hamilton: I learned that the national news outlets are thriving, but the print side of things is a little more rocky. Print magazines face financial challenges as digitization becomes more widespread, but they are learning how to adapt. The consumption of cable news seems to be declining in the long run (not as much now, but most young people don’t have cable) and the networks are trying to adapt their business models based on that. Many of them are beginning to invest in streaming services targeted at these younger people who don’t have cable, but want to consume the news.

Additionally, maintaining journalistic values in an unusual political era is challenging, as the president continues to posit the media as an enemy. It is difficult to be a media organization in charge of reporting on news and political happenings when the president continuously launches attacks on the media as an institution. While they expressed that this is frustrating, these outlets do not let that affect the high quality of their reporting.

Aside from the challenges, it’s clear that the journalism industry is more necessary now than ever before and the public continues to consume the information that they provide. That being said, many of the organizations we visited acknowledged that the media landscape is undergoing tremendous shifts, and while the future of its forms are unclear, I know that their values will remain the same in some way, shape or form.

Q. Mekenzye, what did you like about the course back when you took it?

Schwab: I loved the exposure that the course gave me. I had internships at large networks before, but felt like this course gave a different type of access. Not just behind the scenes of sets, or networking opportunities, but at almost every place we visited we met with at least one top executive and had extremely candid conversations with them. Every question was given a thoughtful, honest response and pretty much nothing was off limits. That’s not something that you always have the opportunity (or courage) to do as an intern, and this class definitely provided the chance to do so. 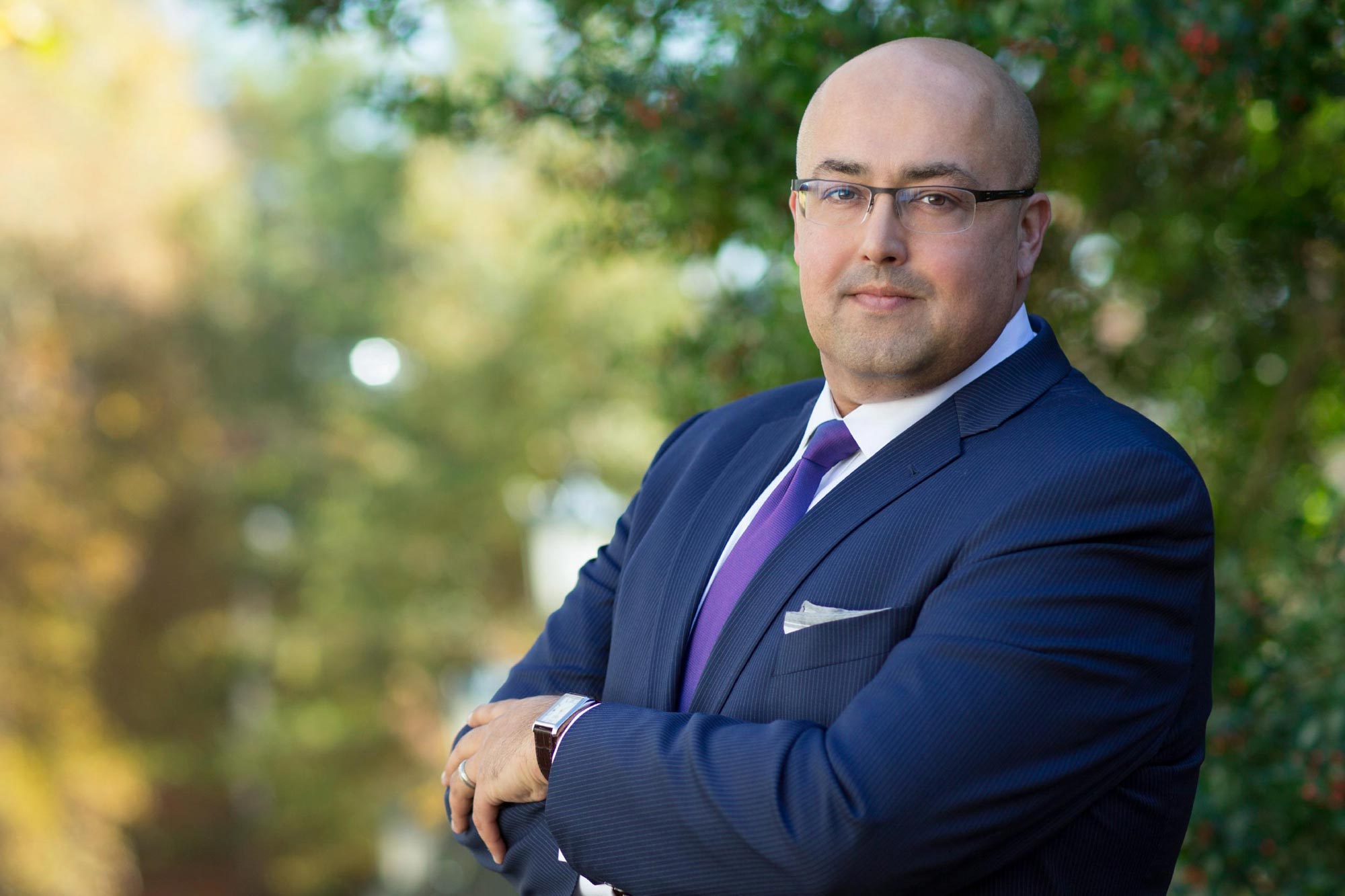 Q. Mekenzye, did the course help you land your current job?

Schwab: I do believe it helped me get a job. By no means did I leave the course with an offer, but it gave me the opportunity to make connections that wouldn’t have come easily otherwise. And like I said, the exposure it gave was great. I came into the class not thinking about employment at CNN as my top choice, but after the presentation and touring, that completely changed. I loved what the company stood for and how honest the presenters were about the current state of journalism. I immediately knew that’s where I wanted to start my career, so I introduced myself to the HR recruiter and a few other people that spoke and kept in touch.

Q. How was it having current UVA students come through last week?

Schwab: It was amazing seeing the students come visit! As I looked around at their faces during some of the presentations, I could tell that a few of them were having the same awakening I had when I was in their shoes. I really hope that they were as inspired leaving the room as I was two years ago. 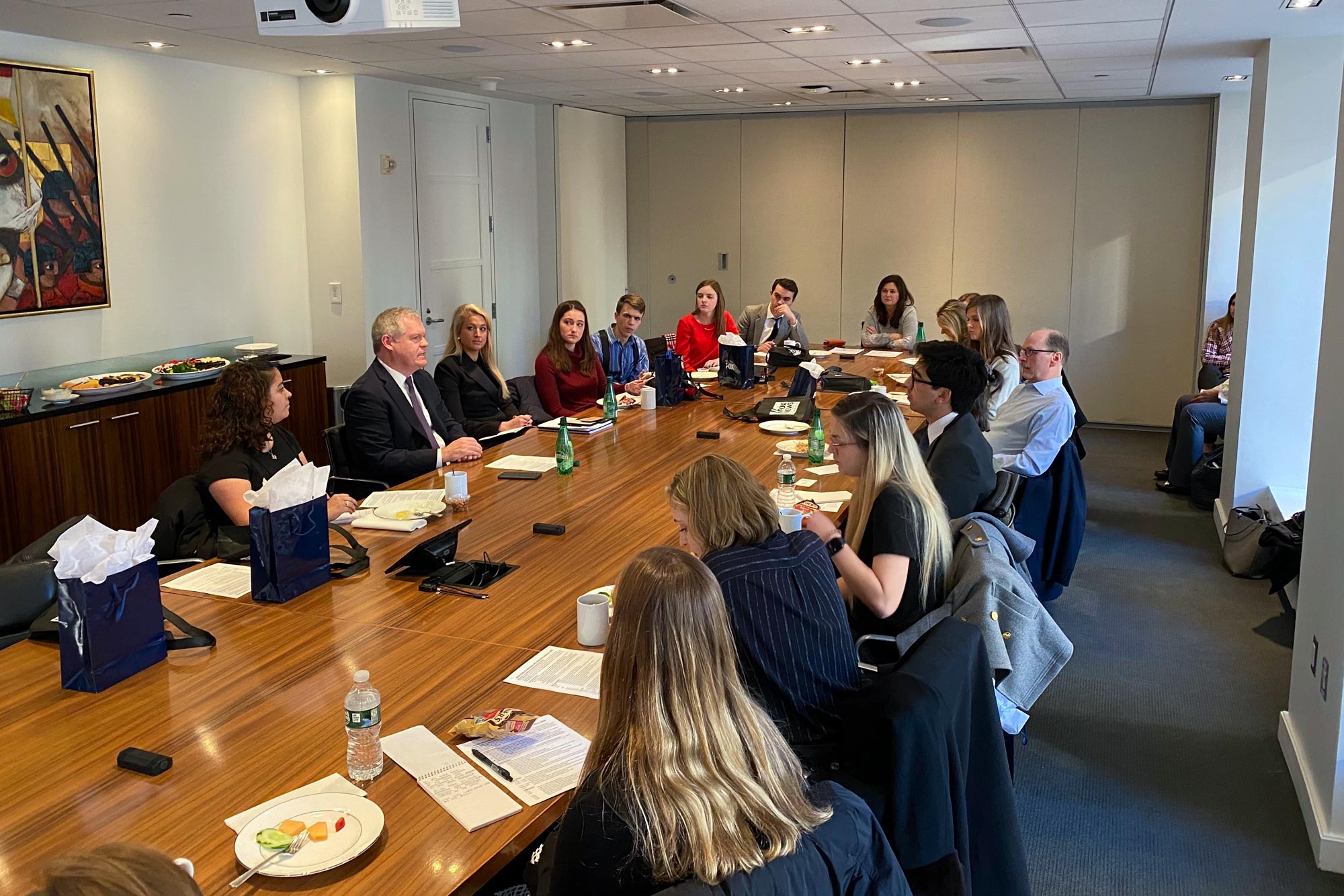 Q. Emily, of all the meetings, was there one you enjoyed most?

Hamilton: I enjoyed CNN the most. It was obvious from the second we arrived that everyone who works there genuinely enjoys their job, and the workplace culture seemed very collaborative and supportive. I loved meeting with [CNN President] Jeff Zucker and [CNN chief media correspondent] Brian Stelter there; they were very passionate about their positions and that showed in the ways that they spoke with us. I wasn’t expecting to find CNN so interesting, but that was my favorite overall.

Q. How did the required reading for the course tie into the overall themes of the class?

Hamilton: The required reading that we completed prior to going to NYC gave us some insight into the specific challenges, setbacks or important moments that were specific to each organization we went to. We dug deeper into the challenges facing the media industry, and learned more about the evolution of different forms of media.

The readings for the course set the agenda for what we should be thinking about as we embarked on our visits and were crucial in helping us formulate questions to ask the leaders that we met with.

Q. Could you give a brief synopsis of what you did for your core assignment?

Hamilton: Our core assignment was to write a journalistic profile about a specific site or person that we visited with. Within the profile, we were tasked with writing about a specific issue or topic relevant to that specific company or person.

For my final profile, I chose to write about CNN because I enjoyed our visit so much. CNN faced a lot of pushback on their news coverage of the 2016 presidential election, with many expressing frustration at how much coverage CNN allocated to Donald Trump in comparison with the other candidates. I wrote about the implications and fallout of this controversy based on our conversation with Jeff Zucker, along with information I collected from outside sources.

Q. Did the course open you at all to career possibilities you may have not been previously considering?

Hamilton: This course changed how I view the journalism industry, and opened my eyes to the wide variety of roles that are available in the industry. I’ve never felt so excited about my future than I did upon returning from this class. 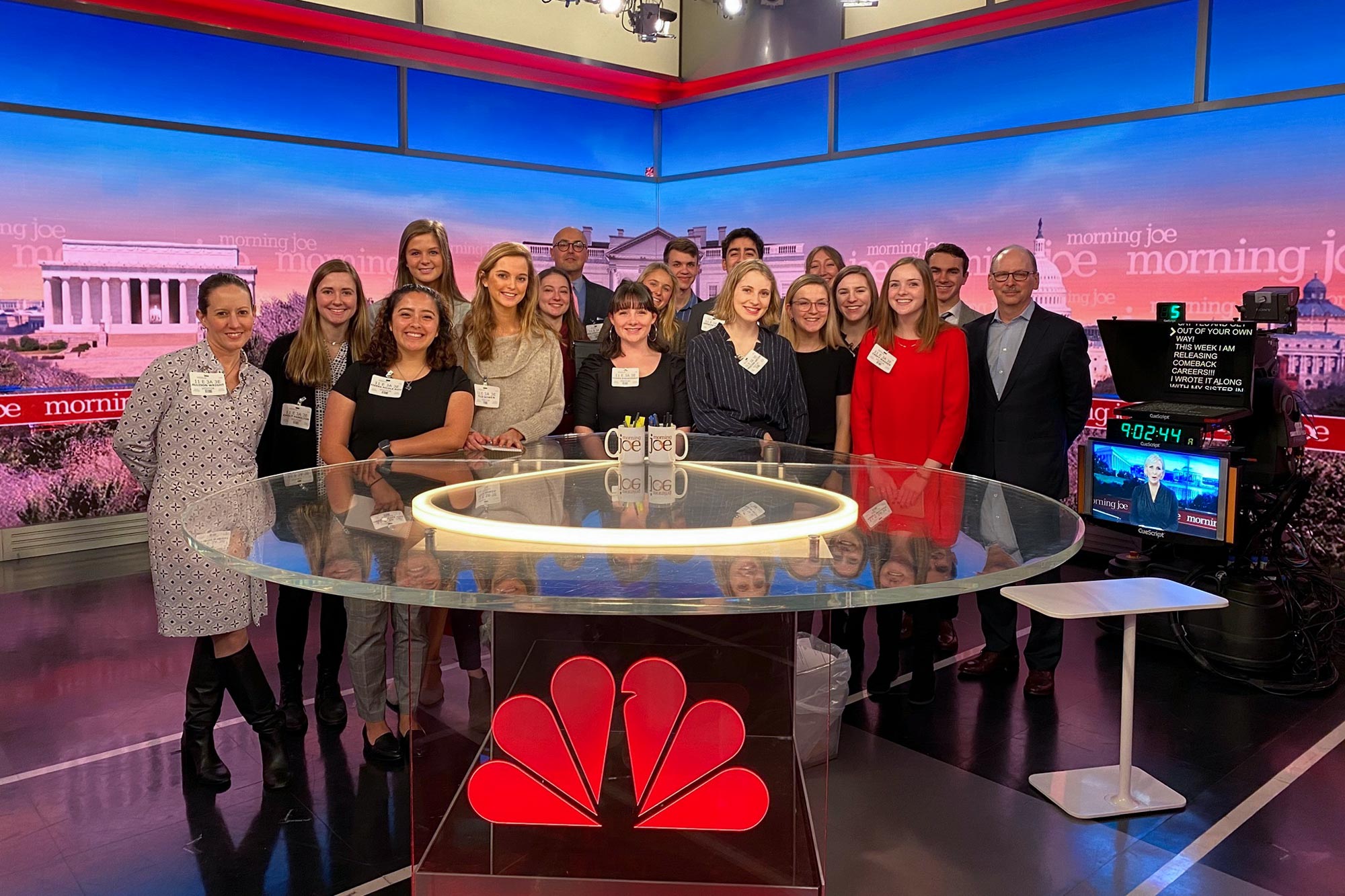 Q. Emily, what surprised you the most about the whole experience?

Hamilton: I think I was surprised the most at the fact that there is no one path toward a career in journalism. As we met with the various outlets, most of our hosts described how they got to where they are now. Each of their stories were unique, and there is no one “template” for how to succeed in the journalism industry. It was comforting for me to realize that I can go forward challenging myself with what feels right for me, while knowing that my goals are in reach.

Q. Mekenzye, what would be your advice to current UVA students who are trying to get into your line of work?

Schwab: Don’t wait for the right time to pursue your passions; if there is something that you want to do, don’t put it on hold. I always try and tell myself, “The worst that can happen is they say ‘no.’” That has given me the courage to put myself out there and go for opportunities.

Schwab: I remember when I first started at UVA, everyone would constantly talk about how great the alumni network is. While I believed them, I sort of shrugged it off at the time.

Then, when I did Siva’s course, at just about every place we visited someone would say something along the lines of, “We would love to have some more Wahoos come work for us!” And I remember thinking, “Wow! Those people were not lying, they want us!”

I definitely would not be where I am today if it were not for a couple of UVA alums and faculty members who really believed in me and my potential.

Ahead of Thanksgiving, Hoos Look Back With Gratitude END_OF_DOCUMENT_TOKEN_TO_BE_REPLACED

The Cavalier Marching Band Marches On – Even When Apart END_OF_DOCUMENT_TOKEN_TO_BE_REPLACED 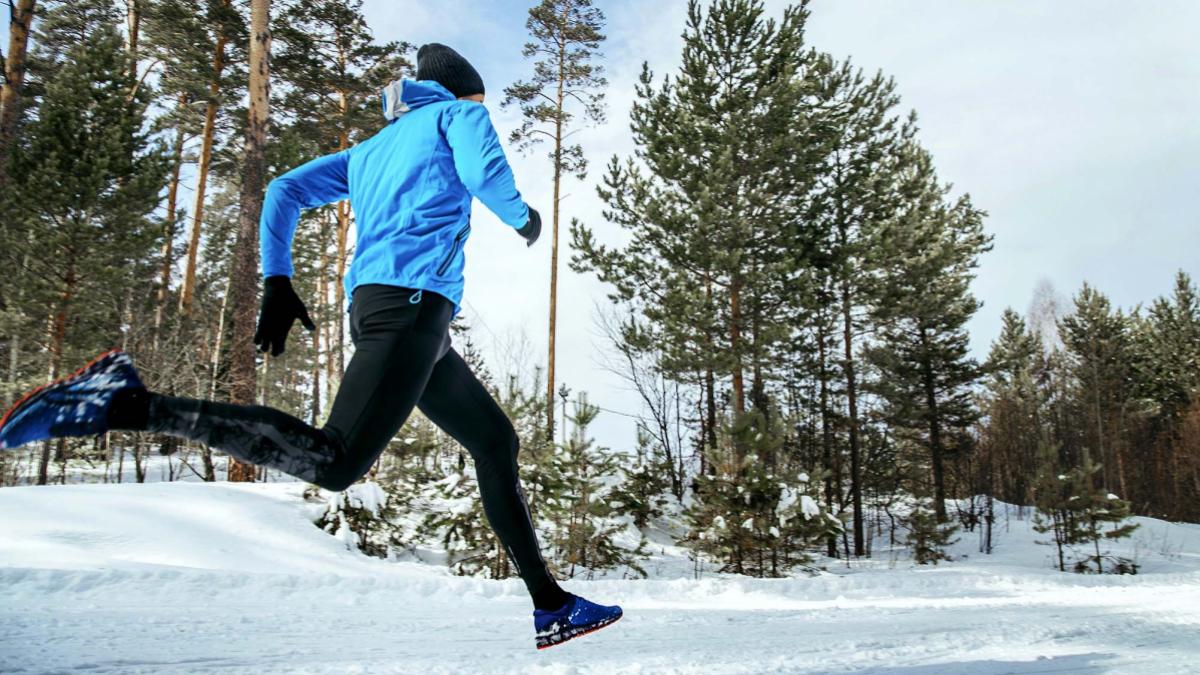 Research & Discovery
Running During a Pandemic: Finding Strength, Solace and Staying Injury-Free
As winter months approach, kinesiology Ph.D. student Alexandra DeJong gives best practices for those who want to begin a running program, or resume running, amid the pandemic. 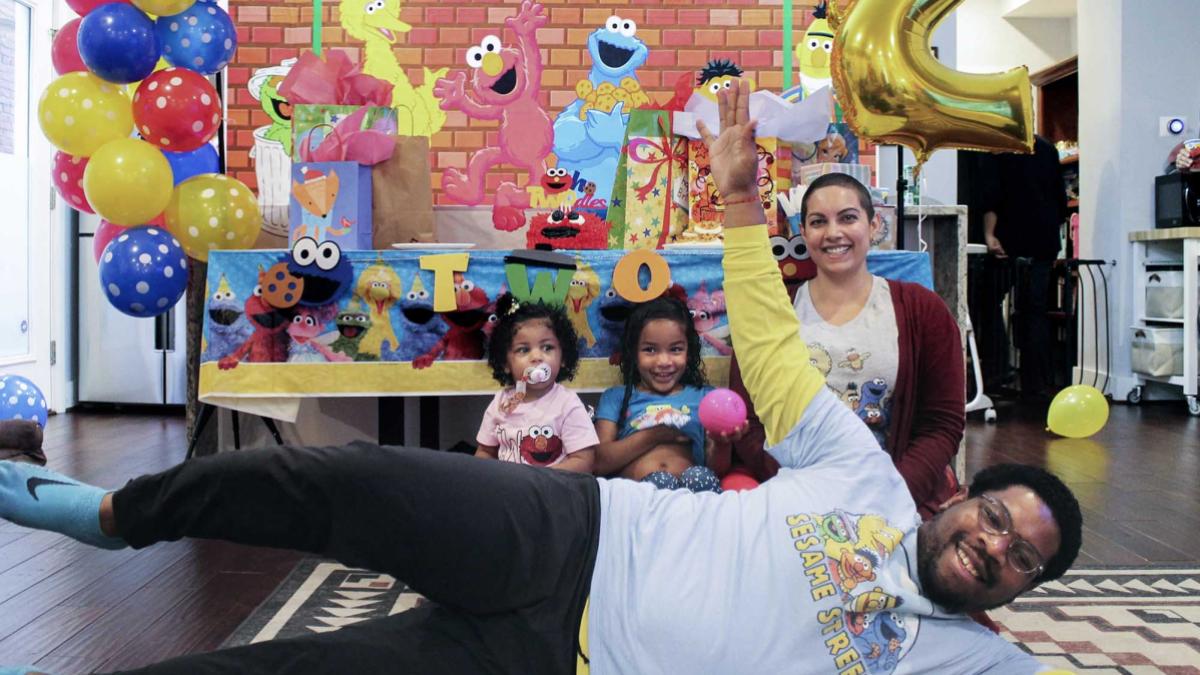 Student Experience
In the Pandemic, Small Help Can Make a Big Difference, This UVA Student Found
Roneil Jackson built an entire network to make small-scale donations to help people’s lives, and he thinks more people should do the same. 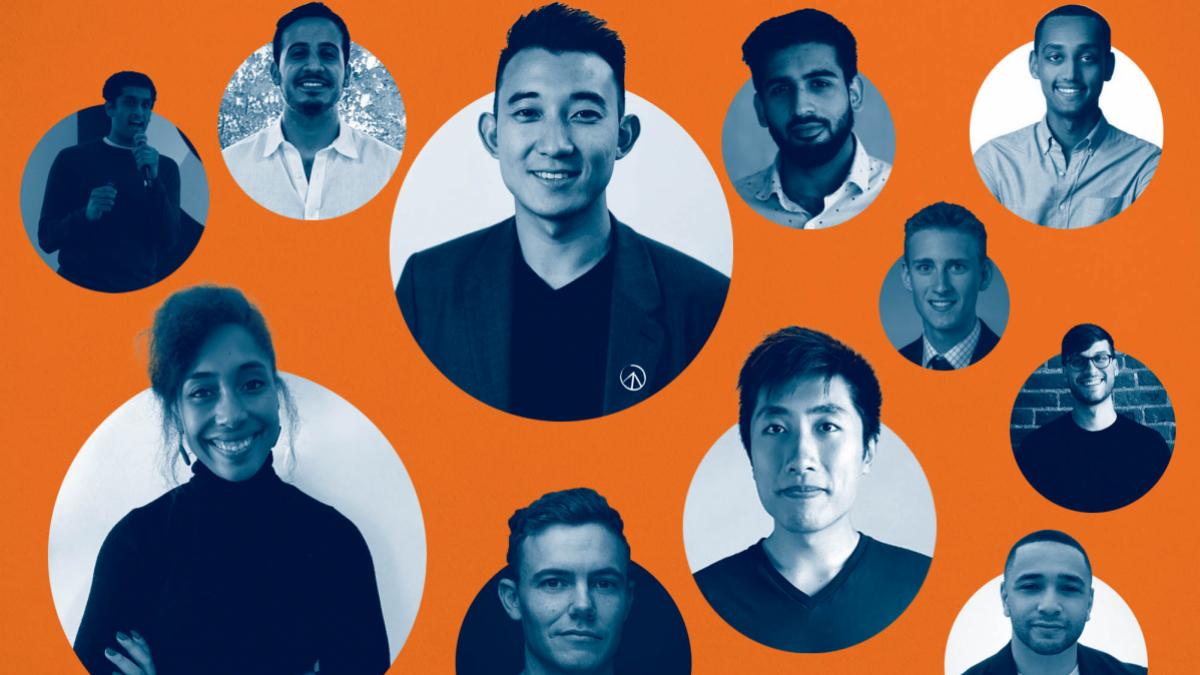