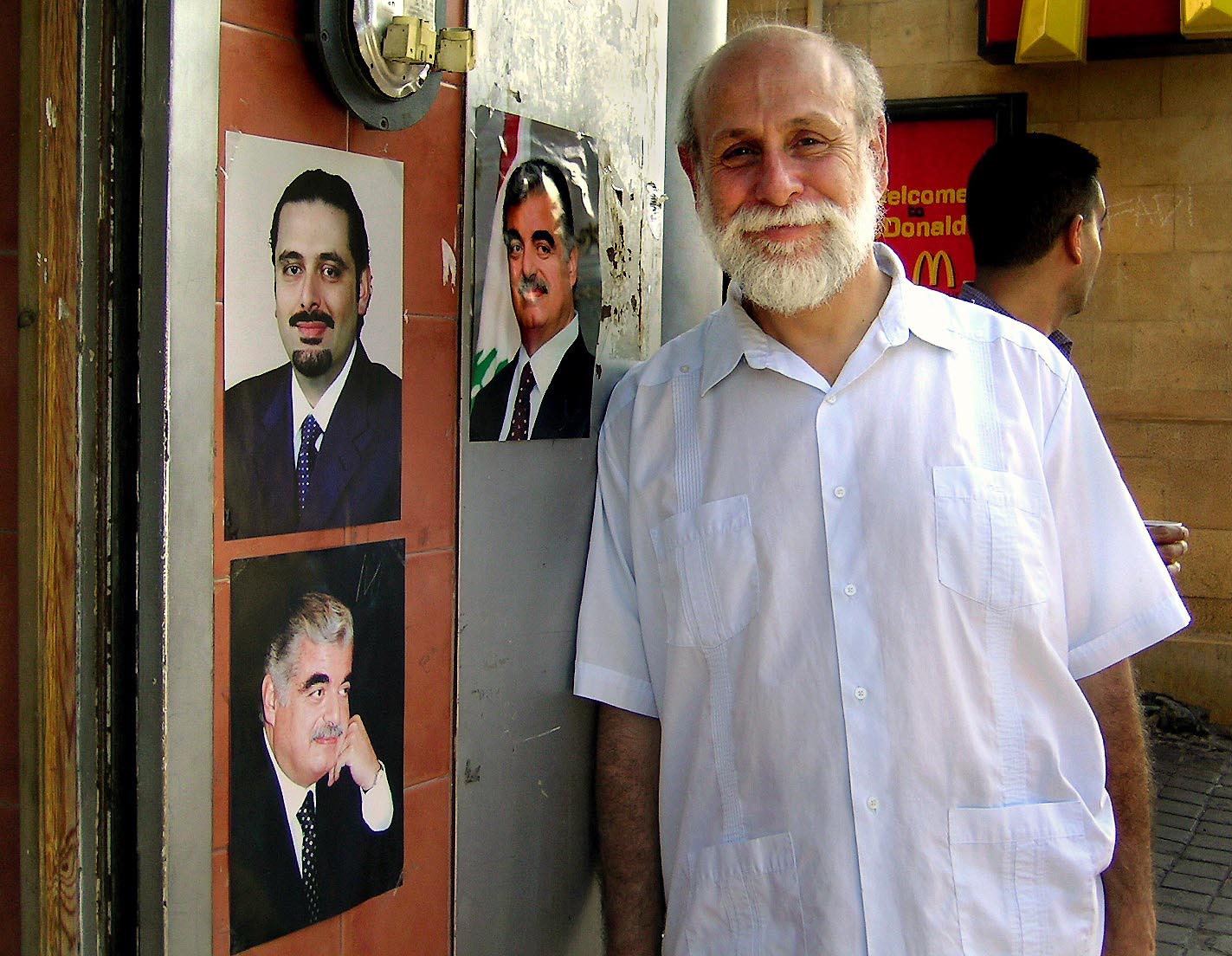 December 11, 2008 — With its prime view of the University of Virginia’s Central Grounds, the Cocke Hall office of philosophy professor and department chairman Jorge Secada embodies past and present. Amid the bustle of campus life, the office holds reminders of previous occupants, including weathered portraits of philosophers. Here, Secada feels a sense of belonging even though he is, geographically speaking, far from his homeland of Peru. He was born in Lima on March 2, 1951.

A Farsighted Advocate of Global Study

Secada's career as a philosopher has taken him all over the world. Early on, he spent a decade in England, first as a British Council Scholar while he pursued his master's degree at the University of York, then as a doctoral student at Cambridge University and afterwards as a fellow at St. John's College. He later held various appointments at the universities of Santiago de Compostela in Spain, British Columbia in Canada, Carabobo in Venezuela, the Latin American Faculty of Social Sciences in Ecuador, several universities in Peru and the American University of Beirut.

In explaining his sense of connection to many countries, Secada, who came to U.Va. in 1984, speaks of the dangers of nationalism, which he believes fuels the fires of human conflict.

"National pride and exclusion are amongst the deepest vices," he said. "One should be a brother to all humans first and foremost, before taking on any particular nationality. It is in this context that I consider myself a citizen of the world."

Over the years, Secada has been an energetic advocate for fostering students’ awareness of global perspectives. He serves as a member of the Council of International Study Program Directors and Advisors and believes that exposure to different cultures spurs their intellectual curiosity and builds tolerance of differences. In 1998, his desire to provide life-broadening experiences for students led him to launch U.Va.’s Peru program.

Secada’s move was far-sighted. That same year, U.Va. President John T. Casteen III announced the creation of the Virginia 2020 initiative, which included a commitment to expanding international activities at the University. With the Peru program, Secada aims to provide students with depth of experience, both academically and personally.

"The reason you go and study philosophy in Peru is because you want to open up your mind," he said. "While studying in Peru, students learn about a different way of being human, so that they can then reflect on their own pre-suppositions."

Each year, the Peru program takes approximately 60 students for either full-semester or six-week summer visits. For some of these students, Secada said, it's the length of the stay that poses the greatest challenge. Initially they feel apprehension and anxiety, but by the end of their stay, many of the students aren't ready to return home to the United States.

Secada is an active member of the Council of International Study Program Directors and Advisors and has given a great deal of thought to the various ways in which students can study abroad. He believes that immersion programs, which offer students a sustained focus on one culture, make for a richer personal and intellectual experience than students can get through broad, multi-destination programs.

A soft-spoken man with a thoughtful demeanor, Secada credits the strong influence and support of his aunt and father with his decision to study philosophy. Though his father may not have envisioned a career as a philosopher for his son, Secada feels fortunate to have had their blessings and the freedom to pursue his own interests.

"My father always felt that I was doing the right thing and should be encouraged. I was very lucky in that sense. I see so many students here whose main difficulty is their parents not understanding what they want to study," he said.

In turn, Secada has offered his support to students who share his interest in philosophy. Those whom he has mentored attest to his genteel manner and generosity.

"Jorge is an extraordinarily learned, kind and humane man, and a very gifted philosopher and teacher," said Jimmy Doyle, a lecturer in philosophy at the University of Bristol, England, and former student and colleague. "He is a connoisseur of the absurd, with a very highly developed sense of humor, but also has a clear view of what should be taken seriously."

Secada is also cool in a crisis.

Early in his career, he taught philosophy in Peru. In 1974, when a powerful earthquake interrupted his lecture before a class of naval cadets, he ordered the students to evacuate the building by jumping out the window as other buildings collapsed. Thanks to his quick thinking, the students escaped injury.

Last summer, as he led a group of U.Va. students in Lima, he recounted the anecdote. That very evening, an earthquake rattled the region. Once again, none of Secada's students was harmed. But their ordeal wasn't over. When mudslides subsequently closed major highways leading from Lima, the students were caught for hours in a mammoth traffic jam. With other motorists, they finally left their cars and commiserated together along the side of the road. It was, Secada noted, a "classic Peruvian experience."

"You Do Philosophy in Front of a Blank Piece of Paper"

These days, Secada's life is free of earthquake-dodging. He hopes at some point to institutionalize the Peru program, thus enabling him to pass the reins to a new director. He also hopes to contribute more to public life in Peru.

"I would like to have left something institutional that will help people in Peru who want to do philosophy and who might, in fact, be able to have some relationship to U.Va.” He hasn’t decided what shape this legacy would take, but his thinking leads to favor “a scholarship for a student from Peru who could come to U.Va. or a research center in Peru."

Secada and his wife live on 40 wooded acres amid the rolling hills outside Charlottesville. The rural setting suits him well.

"It's where I do my best thinking," he said. His primary tool, he explained, is a simple piece of paper. “You do philosophy in front of a blank piece of paper."

After years of teaching, travel and pursuing a life of the mind, Secada subscribes to a simple philosophy articulated by one of the world's great thinkers.

"I believe this is the kernel of truth in Aristotle's thought," Secada said, "that the highest virtue is wisdom, that a life of the spirit, devoted to understanding and creativity, is the way in which humans can be truly human."

Class of 2020: Memories and Moments From a Long-Anticipated Celebration END_OF_DOCUMENT_TOKEN_TO_BE_REPLACED