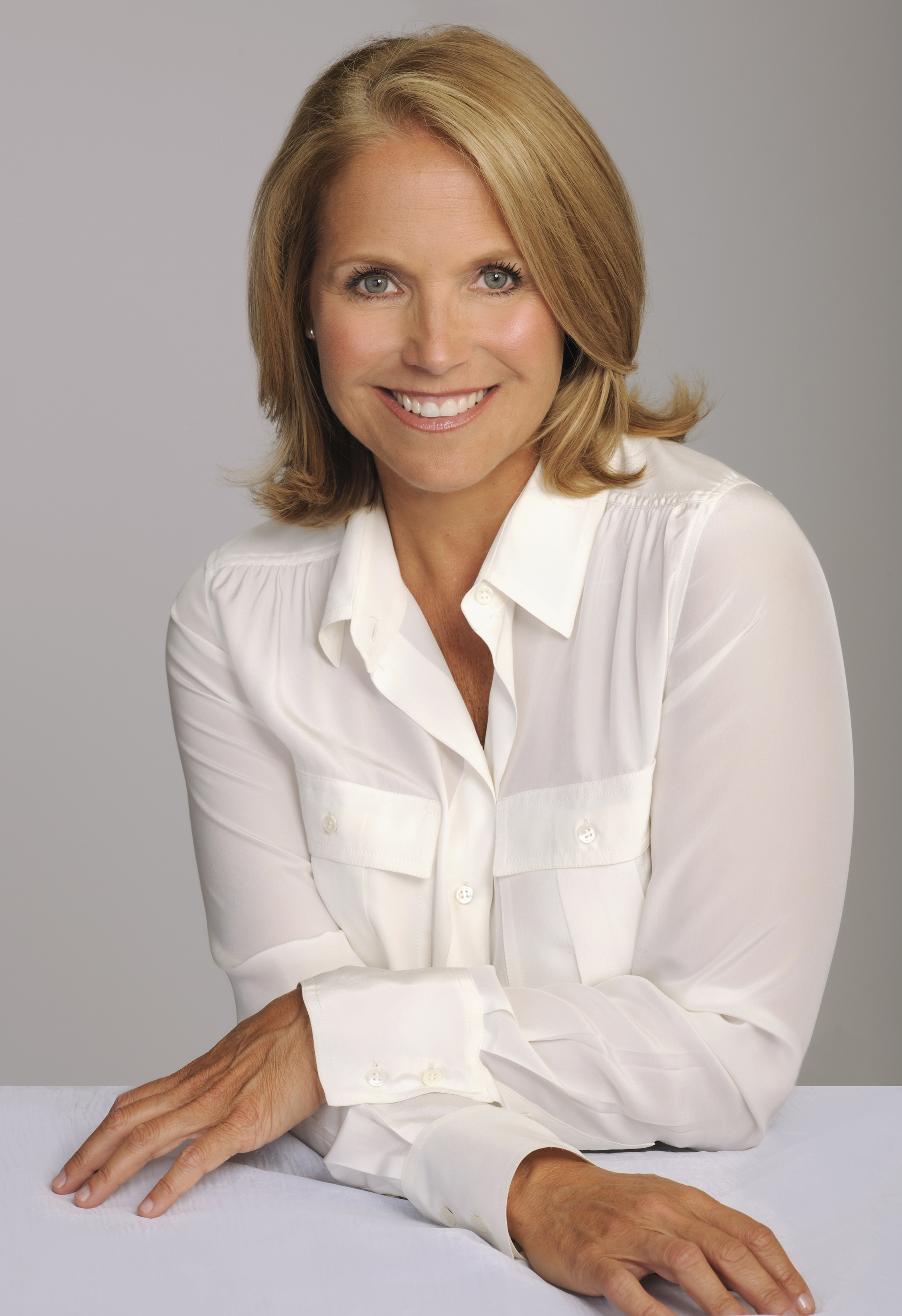 December 6, 2011 — Award-winning journalist and TV personality, well-known cancer advocate and New York Times best-selling author Katie Couric, who graduated from the University of Virginia in 1979, will deliver the commencement address at the University's 183rd Final Exercises on May 20. She will speak on the Lawn following the traditional academic procession, which begins at 10 a.m.

President Teresa A. Sullivan made the selection from nominations forwarded by the Public Occasions Subcommittee of the Commencement and Convocations Committee, which comprises students and faculty.

Also, the trustees of the Class of 2012 announced that Val Ackerman, a 1981 alumna and Cavalier basketball star who became the founding president of the Women's National Basketball Association, will speak at Valedictory Exercises on May 19.

"Katie Couric and Val Ackerman are two of our most accomplished alumnae," Sullivan said. "They have excelled in their careers and, in so doing, produced admiration and pride within our University community. Our students and their families will certainly enjoy hearing from these two women and learning from their perspectives."

Couric, who has been the class-day speaker at Princeton University and delivered commencement addresses at Williams College, Case Western Reserve University and Boston University in recent years, said she was delighted to accept Sullivan's invitation.

"Although I've delivered quite a few commencement addresses, I consider it a special honor to be invited by U.Va. to speak at Final Exercises," Couric said. "My walk down the Lawn was such a memorable day for me, and I can't wait to share the experience with the class of 2012."

A native of Arlington, Couric is an honors graduate of the College of Arts & Sciences in English with a concentration in American Studies. She was an associate editor of the Cavalier Daily, head Lawn resident and a member of the Delta Delta Delta sorority.

In September 2006, Couric became the first female solo anchor of an evening news broadcast. She served as anchor and managing editor of the "CBS Evening News with Katie Couric" until this past May. She also was a contributor to "60 Minutes," "CBS Sunday Morning" and CBS News primetime specials.

On May 31, 2006, she completed a 15-year run as co-anchor of NBC News' "Today" show. In October, the Wall Street Journal called her one of the "most successful anchors ever" at "Today."

Couric has received many honors and awards for her work in journalism, including numerous Emmy Awards, the Edward R. Murrow Award for Best Newscast in 2008 and 2009, the Walter Cronkite Award for Special Achievement in 2009, and the Al Neuharth Award for Excellence in the Media in 2009. In 2010, Couric was awarded an Alfred I. duPont Award for her 2008 interview with Republican vice presidential candidate Sarah Palin. The "CBS Evening News with Katie Couric" received a second duPont for the series, "Children of the Recession." She is the author of New York Times best-seller "The Best Advice I Ever Got: Lessons From Extraordinary Lives."

A tireless advocate for cancer detection and treatment, Couric is co-founder of Stand Up To Cancer, co-founder of the National Colorectal Cancer Research Alliance with the Entertainment Industry Foundation and Lilly Tartikoff, and founder of the Jay Monahan Center for Gastrointestinal Health at NewYork-Presbyterian Hospital/Weill Cornell Medical Center.

She lives in New York with her two daughters.

Couric hasn't been a stranger to the Grounds since her graduation. For a "Today" show segment in 2001, she visited then-President John T. Casteen III, stopped in her Lawn room, No. 26, and chatted with students and signed autographs. In 2008, she attended the groundbreaking for the Emily Couric Clinical Cancer Center, named for her sister, the late Virginia State Sen. Emily Couric, who died from pancreatic cancer in 2001. She spoke at the dedication of the center in February. In 2009, Couric brought her Flip Cam to document her 30th reunion and posted a video on YouTube.

Couric spoke at Valedictory Exercises in 1992, and in 1993 she received the Distinguished Alumna Award from the U.Va. Women's Center. An oral history of her time at U.Va. is archived in the Albert and Shirley Small Special Collections Library.

"I'm honored to be invited and excited to be part of the festivities," Val Ackerman said of her selection as the speaker for the 2012 Valedictory Exercises.

The New Jersey native was a four-year starter and three-time captain on Coach Debbie Ryan's early teams. She graduated in 1981 with a degree from the College in interdisciplinary studies, played professional basketball in France, earned a law degree in 1985 and in 1988 joined the National Basketball Association as a staff attorney.

In 1996, she was named president of the new Women's National Basketball Association, oversaw its launch in 1997 and ran the day-to-day operations for eight seasons. The league, which completed its 15th season this year, is the longest-running women's professional team sports league in the U.S.

In 2005, Ackerman was elected president of USA Basketball for the 2005-08 term, leading the organization to an overall competitive record of 222-23 and gold medal performances by the U.S. men's and women's teams at the 2008 Olympics in Beijing.

In a 2008 interview, she credited her time at the University, where she was a two-time Academic All-American, with laying the groundwork for her success. "I had a rigorous academic program," she said. "The educational and social experience was amazing, and to be a student-athlete there was a unique experience."

She was a Lawn resident and among the first women's scholarship athletes. In 1997, she was honored with the Distinguished Alumna Award. She is a member of the executive committee of U.Va.'s capital campaign and on the board of directors of the Virginia Athletic Association.

Ackerman also serves on the board of directors of USA Basketball, the executive committee of the Naismith Memorial Basketball Hall of Fame and the National Board of Trustees for the March of Dimes.

She and her husband, Charlie Rappaport, have two daughters, Emily and Sally. They live in New York.

A Year We Will Never Forget: 2019-20 in Review END_OF_DOCUMENT_TOKEN_TO_BE_REPLACED

‘What Will You Carry With You?’ Remarks From UVA President Jim Ryan END_OF_DOCUMENT_TOKEN_TO_BE_REPLACED