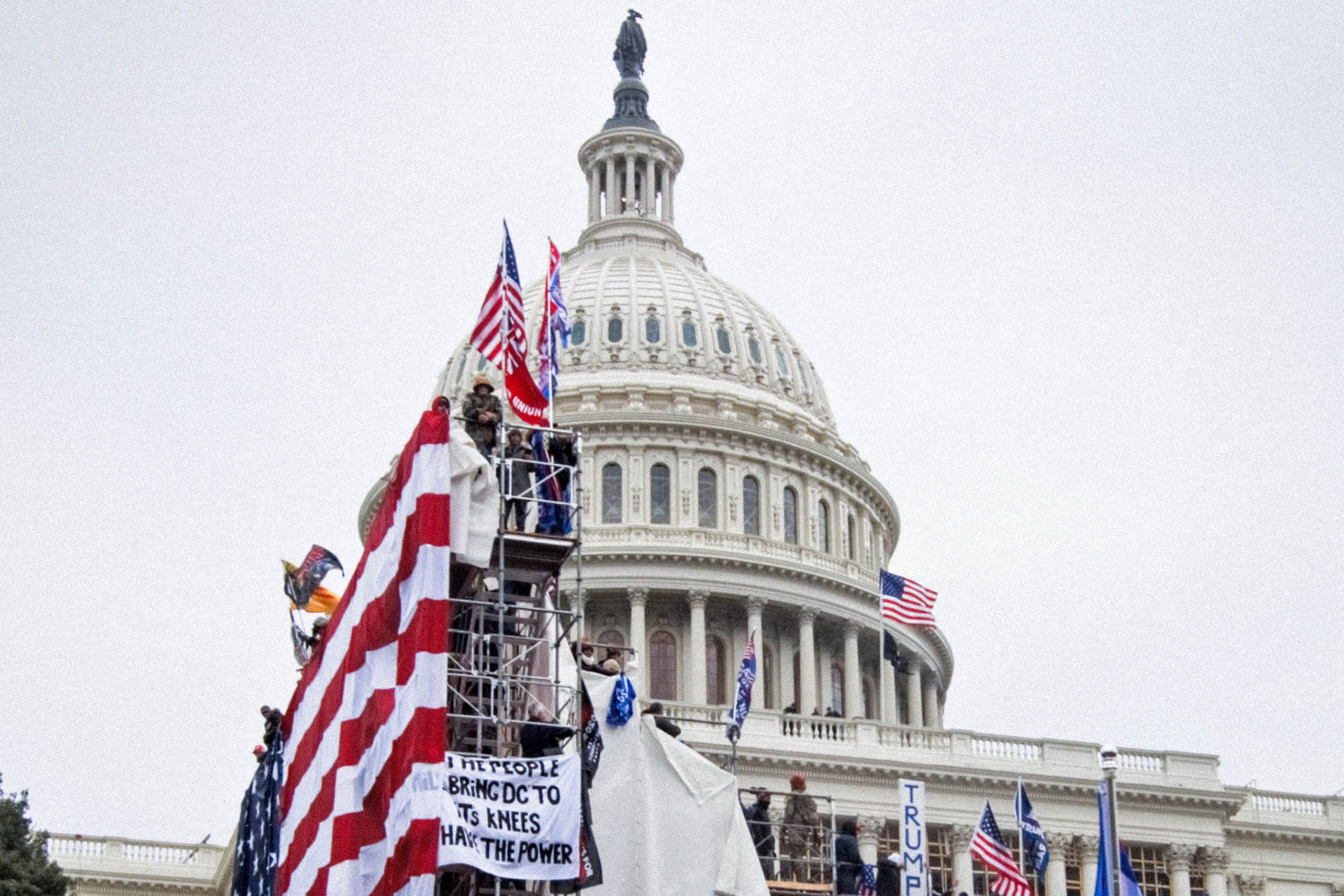 Donald Trump supporters storm the U.S. Capitol on Jan. 6, 2021. A year later, the UVA Karsh Institute of Democracy’s inaugural advisory board will meet for the first time. (Photo by Tyler Merbler/Creative Commons)

On Thursday, members of the Karsh Institute of Democracy’s advisory board at the University of Virginia will meet for the first time since being formed last month.

Thursday also happens to be Jan. 6, the infamous date associated with the 2021 storming of the U.S. Capitol by Donald Trump supporters.

“We started looking at late-fall dates and when none worked, we moved to January,” she said. “That said, the significance of the date isn’t lost on us, and some of us have commented that it’s an important day to begin our work with the board.”

The 26-member board, chaired by UVA politics professor Larry Sabato, is a highly diverse group of prominent individuals, from retired U.S. Supreme Court Justice Anthony Kennedy to UVA alumnus and Reddit co-founder Alexis Ohanian to fourth-year student Sarita Mehta and beyond. They’ll be tasked with guiding the work of the Karsh Institute, a newly established center for the study, teaching and strengthening of democracy.

Ahead of the meeting, UVA Today caught up with two members of the advisory board to gauge the current state of democracy in America.

An award-winning teacher and legal scholar, Deborah Archer is the president of the American Civil Liberties Union and the co-faculty director of the Center of Race, Inequality and the Law at the New York University School of Law, where she is a professor.

A former member of the White House domestic policy staff under President George W. Bush and the author of several books on political theory and public policy, Yuval Levin is the director of Social, Cultural and Constitutional Studies at the American Enterprise Institute as well as the founder and editor of National Affairs.

Q. What goals do you have as a member of the Karsh Institute of Democracy’s inaugural advisory board?

Deborah Archer: The mission of the Karsh Institute is so important. American democracy is neither perfect nor guaranteed, and the work of the Karsh Institute will help us move closer to the ideals of our democracy. My goal as a member of the advisory board is to support that work – to provide advice, guidance and an important perspective based on my work as a civil rights advocate.

Yuval Levin: My hope is to add my voice and my experience to the extraordinary array of people that the Karsh Institute has gathered, to help provide the institute and its leadership with a fuller picture of both the strengths and weaknesses of contemporary American democracy.

I think one of the most significant challenges for any friend of our democratic institutions at this point is the tendency of our culture to break down into separate and often hostile subcultures that are not in contact with each other and that therefore have a lot to say about each other, but not a lot to say to each other. That’s why I think the commitment of the Karsh Institute to bring in a variety of voices and points of view is absolutely crucial to its mission. If I can help that happen, I’m glad and proud to do it.

Q. How can an establishment such as the Karsh Institute of Democracy help in strengthening democracy?

The work of strengthening our institutions and supporting our democracy is just that – work. It takes intellectual leadership and bravery, public education, deep engagement and radical imagination. The University of Virginia is well-equipped to lead here. By bringing together its constituent institutions around this shared mission, we can be a part of reinforcing and reforming our democracy to make it stronger.

YL: Academic institutions have a special role to play in the life of our political and civic culture. They are places where scholars can step back from the roiling battles of our politics and offer some perspective on the ideals of our society, the circumstances it faces, and how it might live up to those ideals in light of those circumstances. I think each part of that work is crucial, and it looks to me like the Karsh Institute is looking to advance both – to be both theoretical and practical, and therefore to help fill some gaps in our society’s self-understanding.

That’s the kind of work that can probably only be done at an academic institution, and it’s good to see UVA stepping up to create one capable of pulling it off. 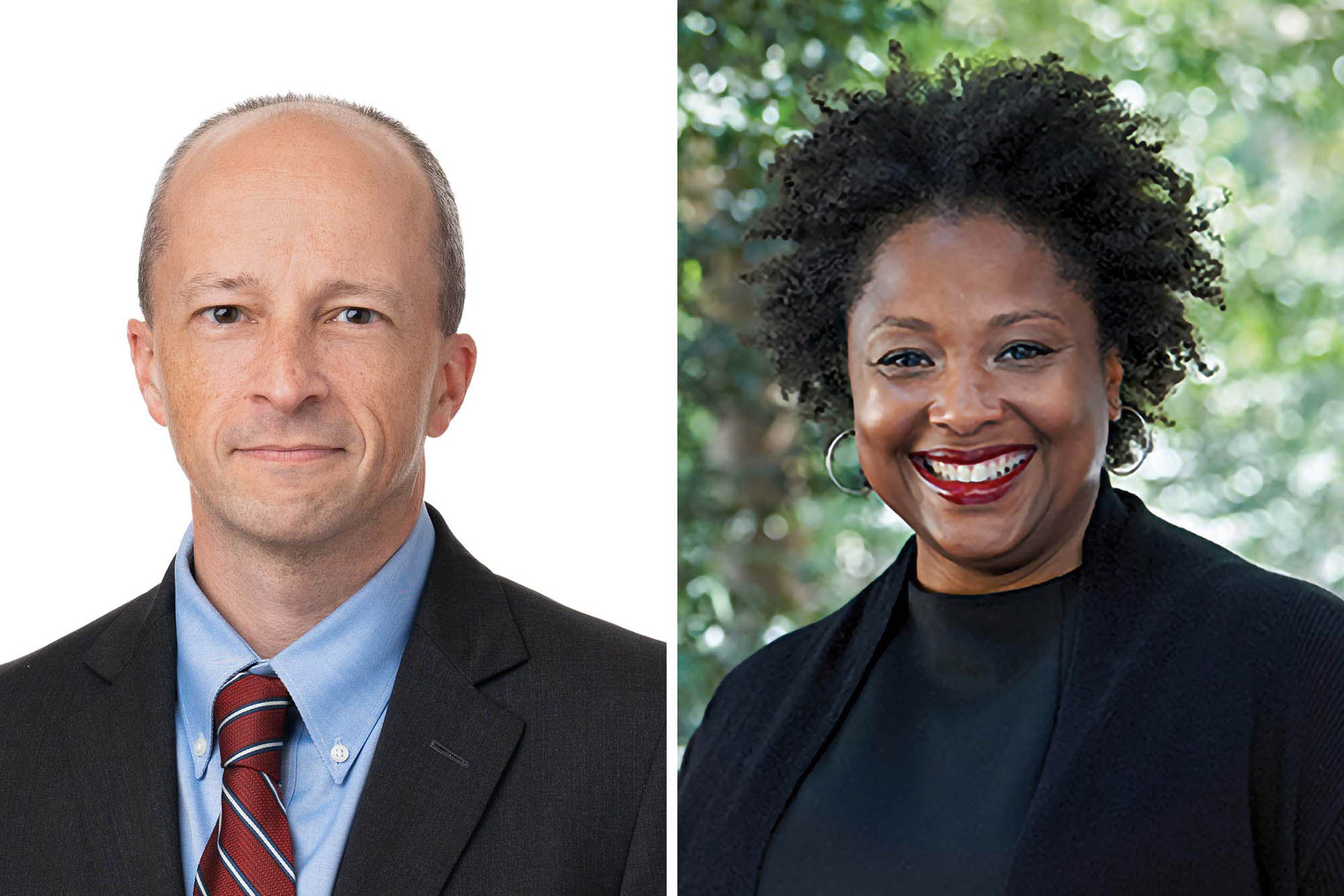 Q. A year out from the attack on the U.S. Capitol, how do you view the current state of democracy in our country?

DA: As I said, our democracy is fragile, and we have to fight for it every day. If the right to vote is the foundation of our democracy, we must acknowledge that the foundation is crumbling. The barriers and roadblocks to political participation that we have seen are an incredibly dangerous challenge to our democracy because they reflect the desire of some to hold onto power completely and indefinitely, granting access to others only when it serves their purposes.

In so many areas of civil rights and civil liberties, we are fighting a battle of ideas now, but that does not mean anything if those who currently have and exercise disproportionate political power are able to use that power across the country to systemically disenfranchise people of color. Not only does it erect barriers to political participation, it will have the effect of further discouraging people from participating in the political process. And that is how democracies die – when people believe they don’t have any political power and, worse, when they may, in fact, be right.

YL: I think our society is exceptionally divided in this moment, and also suffers from an exceptional lack of confidence in its core democratic institutions. These problems aren’t entirely unprecedented, but the precedents we can look to suggest reasons for serious concern.

Above all, Americans need to learn to trust each other again, and to trust the institutions that mediate between us and that enable us to resolve disputes peacefully. That requires a recovery of the purposes and principles underlying the institutions of our constitutional democracy, and it requires coming to terms with some of the ways these institutions have been failing us, too. Our problems aren’t a function of one group or another in our society, but of failures of trust that run very broad and deep, and so we all have work to do.

Q. What are some keys to the future of democracy?

In the short term, we all must do everything in our power to ensure everyone has the opportunity to register to vote and participate in our democracy freely and fairly.

But we also need to invest in long-term reform of our political system.  This includes understanding the role of technology and the media. We need to reimagine the infrastructure of our democracy, ensure meaningful access for traditionally marginalized communities and continue to wrestle with the influence of racism and white supremacy.

YL: I think we need to be attentive to the health of our core governing institutions, which we too often take for granted. We need to grasp why some Americans feel like those institutions only serve others and not themselves, and look for ways to address the failures that have gotten us to that point. And we need to look for ways to build trust from the bottom up, through civic engagement and citizen activism addressed to concrete local problems.

Those, to me, are some keys to a stronger future.

When Less Is More: How Harnessing the Power of Subtraction Can Add to Life END_OF_DOCUMENT_TOKEN_TO_BE_REPLACED