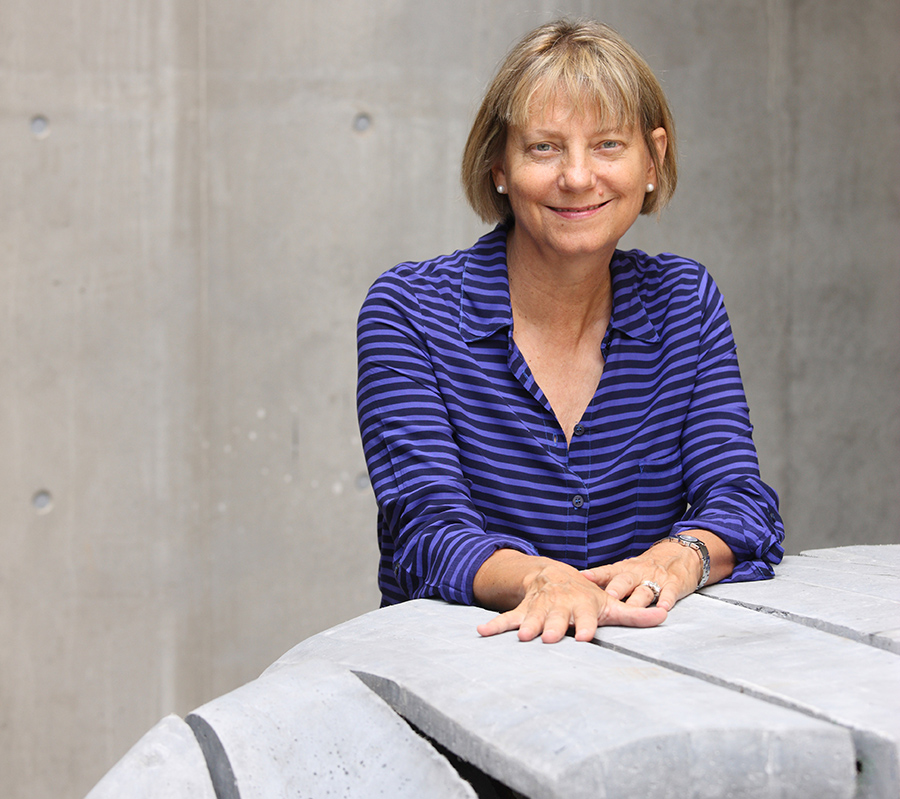 Kim Tanzer, dean and Edward E. Elson Professor of Architecture at the University of Virginia School of Architecture, has announced that she will not seek reappointment to a second term as dean. After her term ends in June, she will remain on the U.Va. faculty.

“Kim has been a truly remarkable leader and steward of the School of Architecture and we are grateful for her tireless dedication and service in advancing one of the nation’s best programs,” Executive Vice President and Provost John D. Simon said.

Simon announced that a national search for the new dean would begin immediately. Shiqiao Li, Weedon Professor in Asian Architecture, will chair the search committee.

“I’m grateful for the opportunities I have been given to work with the school’s talented faculty, staff, students and its generous alumni,” said Tanzer, who was appointed to a five-year term as dean in 2009. “I have learned much from my colleagues in administrative positions at the University of Virginia, and I have enjoyed getting to know the Charlottesville community as well as the extensive international University of Virginia community.

“I look forward to working hard in the coming year, as I have over the past four years, to achieve additional goals for the School of Architecture, and to effect a smooth transition to my successor.”

With strong support from the faculty, Tanzer created two research centers, the Center for Design and Health and the Community Design and Research Center. The Architecture School has just launched the Ph.D. in the Constructed Environment to further establish an interdisciplinary research culture in the school. With the school’s faculty leadership, Tanzer created the University’s first cross-Grounds minor in global sustainability.

Tanzer stabilized and expanded existing international educational programs, including reintroducing a semester-long program in Venice, Italy. She recruited a number of exemplary faculty members from around the world, adding significant cultural diversity to the school community.

With the school’s development team, Tanzer raised $31.5 million to exceed the school’s $25 million goal during the recently completed capital campaign – achieving 126 percent of the goal despite an exceptionally difficult economic cycle in the design and construction industry. Virtually all of the funds raised during her term are directed toward supporting students and for faculty research and salaries, including the school’s largest gift to date, the DeShong Chair in Design and Health.

With the school’s administrative leadership, Tanzer prepared the school to operate in the University’s emerging resource-centered management culture by creating the school’s first budget template for strategic management, an ongoing analysis of trend data and a tool to analyze and manage more than 170 philanthropic accounts.

During Tanzer’s term, the school received enthusiastic endorsements from visiting teams in four external reviews, including accrediting reviews in landscape architecture and urban and environmental planning, a state-mandated Ph.D. program review and a accreditor-required five-year program review last conducted in 2002.

Before arriving at U.Va., Tanzer was a University of Florida architecture professor and practicing architect whose teaching and research encompassed three key areas: the relationship between the human body and the built environment, environmental design and sustainability, and African-American neighborhoods and their role in social equity.

Fall Is in the Air on Grounds END_OF_DOCUMENT_TOKEN_TO_BE_REPLACED