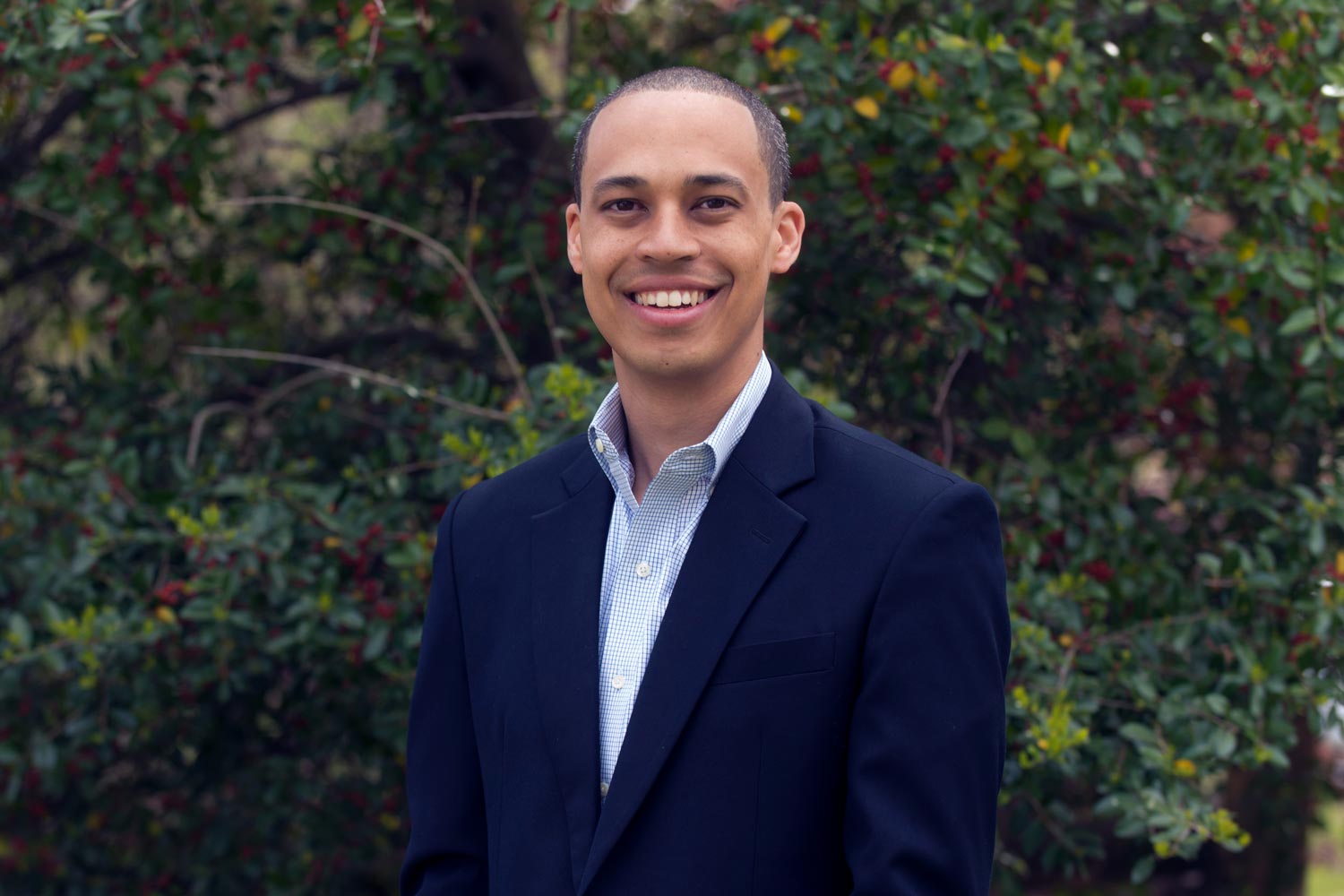 Del. Jerrauld C. “Jay” Jones, of Norfolk, a 2015 graduate of the University of Virginia School of Law, was sworn in Jan. 10 as a new member of the Virginia General Assembly representing the 89th District, which includes parts of Norfolk. The 28-year-old, who is the youngest member of the House of Delegates, talked to UVA Law about what he learned in law school, his family’s legacy of service and what a younger generation can contribute to politics.

Q. Why make the leap from lawyer to citizen lawmaker?

A. I was not looking to run for the seat, but when the incumbent announced that she would not seek re-election and would instead seek citywide constitutional office, the opportunity presented itself. Moreover, I was encouraged to run by local elected officials and community leaders, which then set the wheels in motion.

As a young person, it is certainly not something you jump into without taking a serious look at whether you can win the race, raise the money necessary to be competitive and build the proper infrastructure to be successful. After a considerable amount of thought and consultation with family, close friends and my law firm, it became clear to me that this was an opportunity that I could not pass up.

Q. What are some of your goals as a delegate?

A. As a delegate, I hope to bring positive solutions to the people of the 89th District and the Commonwealth of Virginia.

We have introduced several pieces of legislation, the most prominent of which is HB260. This bill would create a critical missing persons alert for citizens between the ages of 18 and 60. Currently, we have alerts in place for children up to age 17 (Amber) and the elderly (Silver). However, recent events in Norfolk and around the country have increased the need for infrastructure to find involuntarily missing persons that law enforcement agencies believe have been abducted or are missing under suspicious circumstances. Engaging resources quickly will increase the likelihood that we may locate the missing person quickly and bring them back to safety and keep them out of harm’s way.

Q. What does it mean to you to serve in the seat your father once held for many years?

A. Serving in the same seat as my father is incredibly special to me. My father has always been my hero, idol and best friend, and I have watched him serve this commonwealth in all three branches of our state government over the course of my life, including delegate, director of juvenile justice and now Norfolk Circuit Court chief judge. My family has been politically active for several generations, and I was always taught to find ways to better my community and the lives of those around me.

While I had no designs on seeking elected office at this point in my life, I came to recognize that this opportunity to serve presented an effective way to help those in Norfolk and around Virginia. I will look to my father as an example of how to best represent the constituents of the 89th District, along with my other predecessors, including Norfolk Mayor Kenneth C. Alexander and City Treasurer Daun Hester.

Q. At 28, you’re the youngest member of the House of Delegates in an election class full of millennials. What do you believe a younger generation brings to the table in lawmaking?

A. I believe a younger generation brings a different perspective to the lawmaking process. We are naturally inquisitive and skeptical, and ask the tough questions. We also have an energy that I hope will invigorate the General Assembly and demonstrate to other states across the nation that young people can be successful in the political process and bring about positive results for our constituents.

I am so thrilled to be serving alongside young people from all parts of Virginia and from both parties, and I look forward to working with all of them on issues that are common to younger people.

Q. As a law student, you were a part of the Tri-Sector Leadership Fellows program. What were some of the biggest lessons you learned at UVA Law?

A. The Tri-Sector Leadership Fellows program taught me an incredible amount about collaboration and problem-solving, two things that are necessary in order to be a successful legislator. I was able to meet other students from different schools who had various perspectives on business, law and public policy. The program stressed group collaboration and often had students with opposing views placed within the same group to solve a case study. My participation in Tri-Sector continues to be useful as I begin my career as a legislator in Virginia.

Q. What advice do you have for young lawyers who want to enter politics?

A. Do not be dissuaded by people who tell you to wait your turn or that you “need more seasoning.” Lawyers bring an analytical approach to lawmaking and are well-versed in the state code, and other laws and regulations since we practice that every day. It does not matter how old you are as the training you received in law school and the skills you hone day-in and day-out make a transition into politics easier than most people would think.

Obviously, politics is a major time commitment, so it is best to consult closely with your employer and family to make sure you can juggle all that comes along with public service. I have been so lucky that my firm, Bischoff Martingayle PC, has not only supported me in this effort, but strongly encouraged my development as a young lawyer and legislator.