Before Law School, It Was All Downhill for This Student 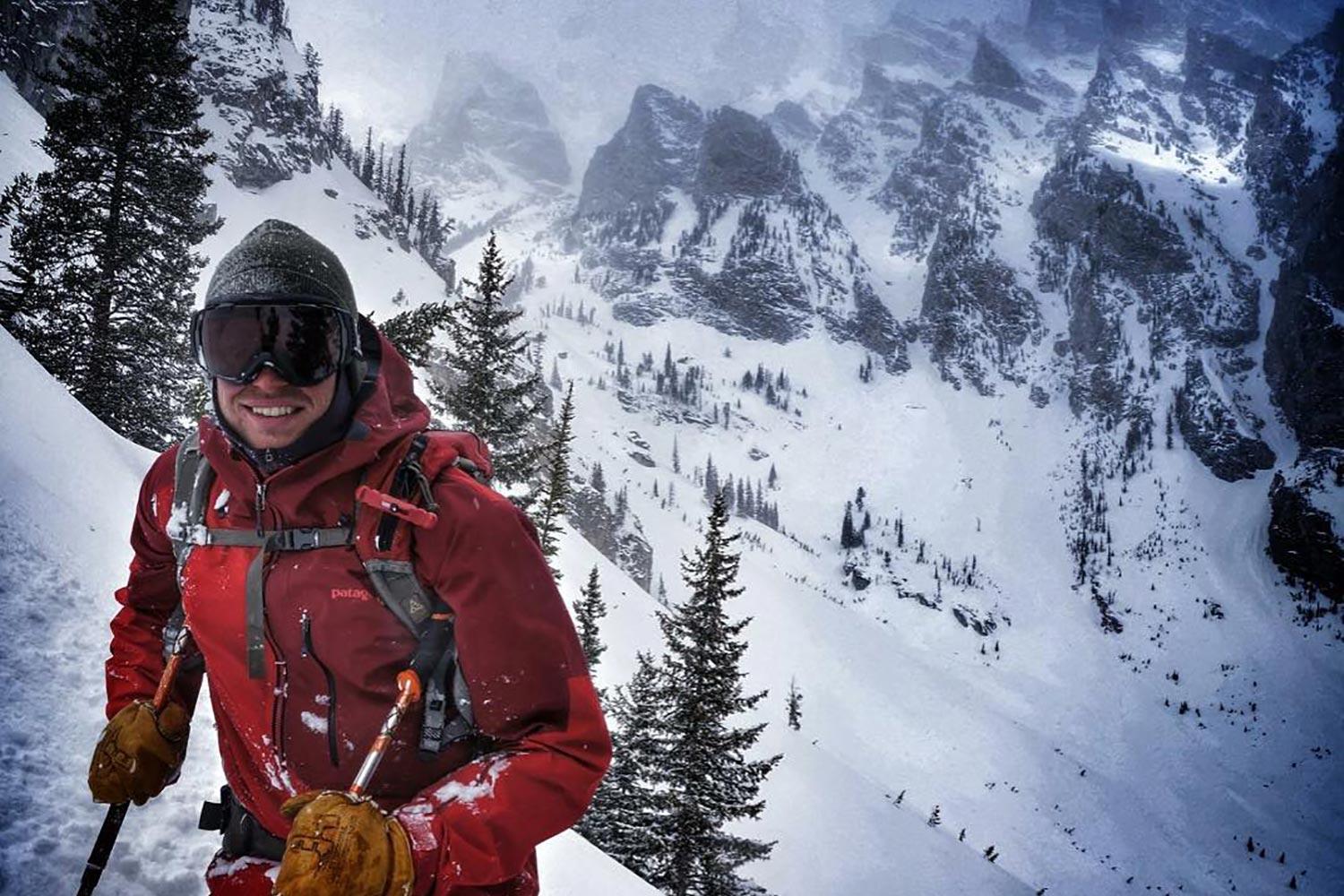 With wintry weather driving skiers back to the slopes, Zach Kuster could offer them some pointers.

The University of Virginia second-year law student not only competed in NCAA skiing as an undergraduate, but became a ski coach for middle-school and college students before law school.

A native of Hopkinton, New Hampshire, Kuster earned a bachelor’s degree in government and philosophy at Dartmouth College. At the Law School, he serves as Virginia Law Democrats’ vice president for voter protection and on the board of the National Lawyers Guild chapter. He also serves as an honor support officer at UVA, primarily as an adviser to students reported for offenses against the University’s Honor Code. Additionally, he plays on the Law School’s soccer team, Barristers United. 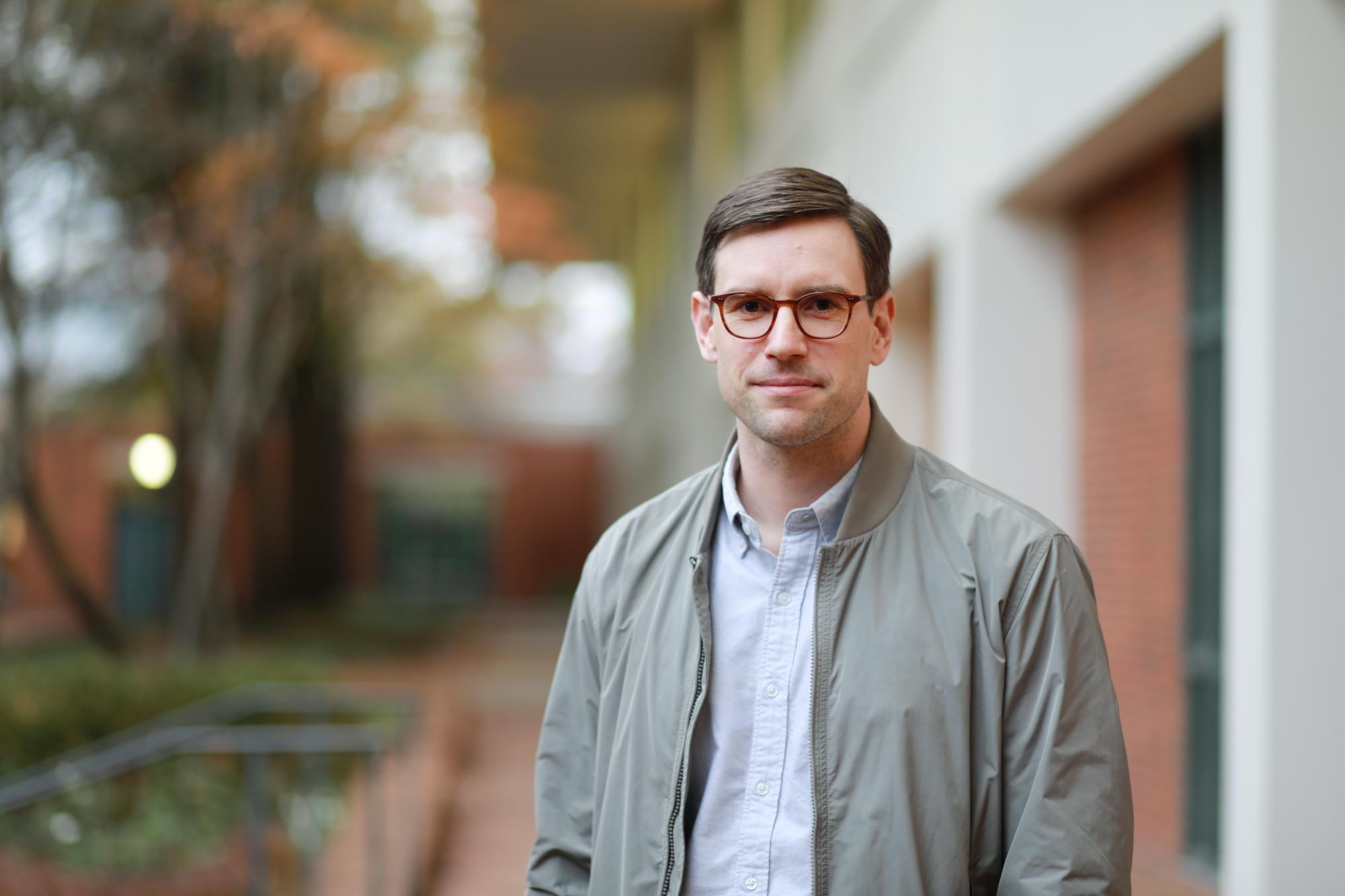 In UVA Law’s occasional series “Star Witness,” Kuster talked about what he learned from coaching and what proved to be a seminal moment in his budding legal career.

Q. Tell us something about your life before law school.

A. I started skiing when I was about 2½. I started racing when I was 9. My racing career took me to Europe and South America, but growing up in New Hampshire, just making it onto the Dartmouth ski team was the dream.

A. I took seven years off between college and law school, but I always knew that this was something I wanted to do eventually. There are so many ways that the law shapes our society and touches people’s lives. I like telling stories, and I like engaging with complex arguments. I hope to be someone who people feel comfortable relying on during difficult moments. These are just a few of the things that drew me to law school.

Q. We heard you were a ski coach for four years. Tell us more about that.

A. When my own Alpine ski racing career came to an end after college, I wanted to give back to the sport that had given me so much. Truth be told, I also wanted to spend a few years skiing as many days as I could before I settled down to life behind a desk. I spent three years coaching high school and middle school ski racers in Jackson Hole, Wyoming. The last year I was out West, the resort had record snowfall through February and March; I skied every day for two months straight.

Being a coach is a special role to hold in a young person’s life. You have automatic credibility because you are helping them learn to do something they really care about, and you get to spend a lot of time skiing together and just having a lot of fun. A lot of the time I was more focused on teaching life lessons than ski racing tactics, but we did some of both.

After three years in Jackson, I spent a year as an assistant to my close friend who was taking over as the head Alpine coach at Williams College in Massachusetts. Coaching at the NCAA level, and helping manage the program through the transition period after their former coach of over 20 years had retired, was an amazing challenge. We competed directly against my old coach at Dartmouth, which was also a lot of fun.

Q. Describe your most interesting classroom or law school experience.

A. I’ve enjoyed most of my classes, but the most interesting experiences I’ve had so far in law school have come in the form of pro bono opportunities. Working as a poll observer during the 2017 midterm election was a life-changing experience. It was also the first chance I had to put my legal skills to work on behalf of real people. By helping to clarify the voter ID law to poll workers, I was able to help two people get their ballots when they might otherwise have been turned away. I’ll never forget that experience.

Q. Your mother is U.S. Rep. Annie Kuster, representing New Hampshire’s 2nd Congressional District, and also a lawyer. Your father, Brad Kuster, is an environmental lawyer. How did they influence you growing up?

A. When I was a junior in college, she decided to run for Congress, and I signed on as her full-time campaign driver. We spent a lot of time in the car together, which afforded me an amazing inside perspective on the workings of the campaign, and I think also provided her with a bit of extra motivation and comfort on long days on the trail.

She wasn’t ultimately successful in that first election, but she didn’t give up. When she ran again two years later, I came back from Wyoming for the final two months of her second campaign. She did win on her second try, and she has now represented New Hampshire’s 2nd Congressional District for four terms. I’m incredibly proud of everything that she has accomplished.

My dad has worked as a litigator for his entire career. He started in private practice, where he met my mom, before doing a stint in the New Hampshire attorney general’s office. After leaving the AG, he returned to private practice for the bulk of his career, before taking a job at the nonprofit Conservation Law Foundation.

It was clear to me growing up that being a litigator was an important piece of my dad’s identity, and that he loved his job. We spent a lot of time talking about his cases, and I could tell that he loved the way each new case required him to learn about something new. Those experiences were a big part of the reason why I wanted to come to law school, and it has been really special to be able to talk to him about my classes. He was preparing for a trial last fall while I was studying for my torts final, and we had some good conversations about causation.

A. I will be working at a law firm in New York City next summer.