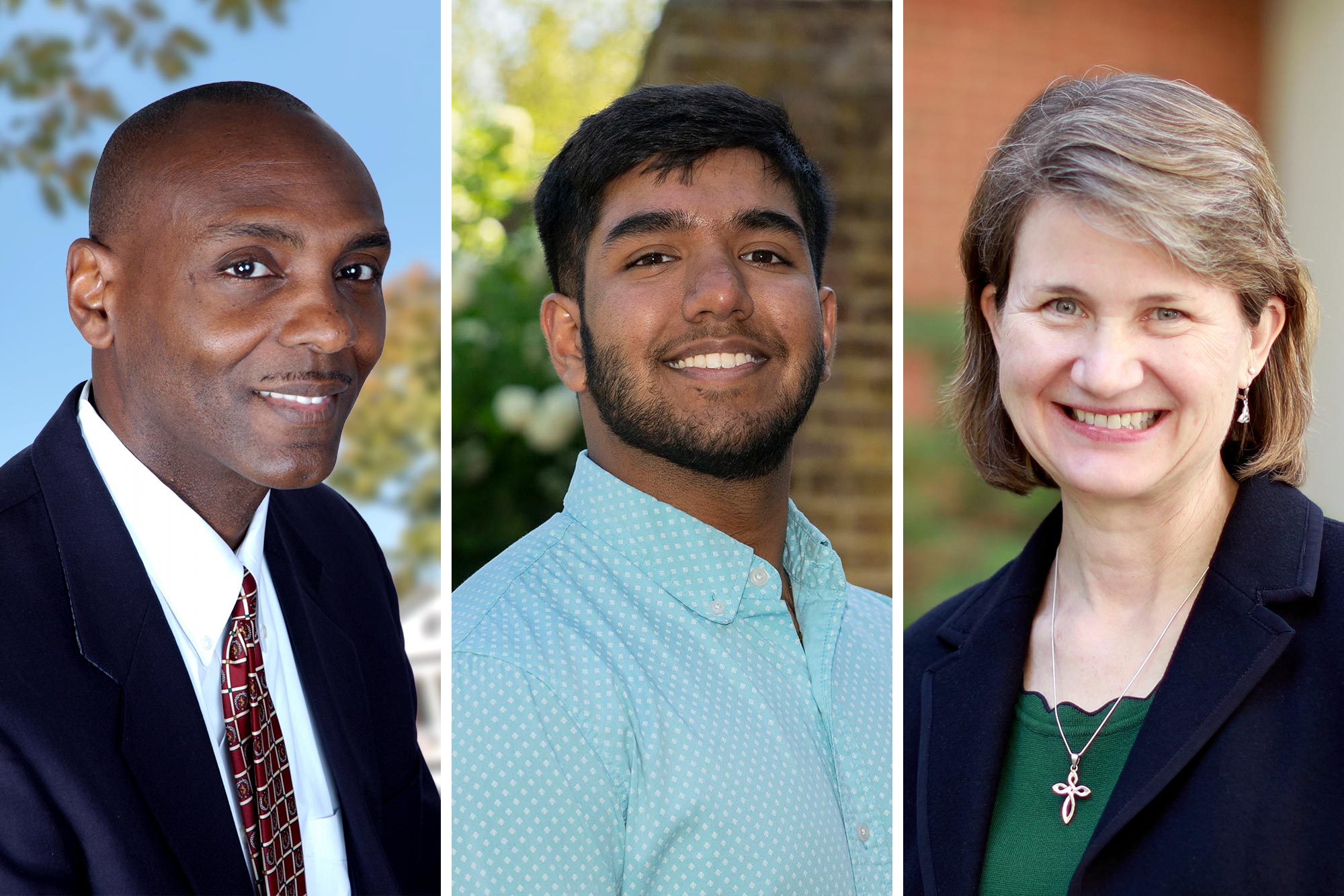 Every Monday night, the “Circle of Brothers” meets online.

Attendees include members of 100 Black Men of Central Virginia and a group of African American students from local middle and high schools. The idea is to expose the youngsters to Black role models. The motto, according to an organizer: “They’ll be what they see.”

In Garrick Louis, they see a professional who consistently participates in their activities, whether that’s writing haiku poems or offering techniques for problem-solving. And they see an accomplished scholar willing to give his time even after full days as an associate professor teaching heady subjects at the University of Virginia’s School of Engineering and Applied Science.

For these efforts and others, Louis is one of three recipients this year of the John T. Casteen III Diversity, Equity, Inclusion Leadership Award.

The University’s Division for Diversity, Equity and Inclusion established the award in 2010 – with President Emeritus Casteen being the first recipient – to honor members of the UVA community whose commitment to, and passion for, diversity includes the ability to create a setting that promotes diversity, equity and inclusion.

This year’s other honorees are Jennifer Hulvey of the School of Law and third-year student Sanjeev Kumar.

For the “Circle of Brothers,” Louis established an exchange between the group and the Engineering School, involving other engineering professors in the group’s events and bringing the students to the Grounds.

His service stands out in several other ways, according to the school’s dean, Jennifer L. West, and Meara M. Habashi, associate dean for diversity, equity and inclusion.

Louis’ efforts to encourage others extend to UVA students not only in the Engineering School, but also across Grounds, as a faculty mentor for more than 20 years with a program in the Office of African American Affairs. He has also created partnerships with nearby institutions, where he mentors and recruits minority students.

His work has helped “provide our school with the opportunity to recruit a more diverse graduate population, while providing the faculty and students across the institutions opportunities to collaborate with each other in research and teaching roles and responsibilities,” West and Habashi wrote.

Louis has contributed to the University community by co-founding the Black Faculty and Staff Association in 2003, reorganized in 2013 as the Black Faculty & Staff Employee Resource Group. In 2020, he took the role of secretary for the group.

Louis, a UVA faculty member for almost 25 years, initiated and chairs the Diversity, Equity, and Inclusion Committee for the Department of Engineering Systems and Environment.

He also introduced Habashi, who came to her job last August, to the community via this UVA group, where they discussed diversity work in the Engineering School.

“These partnerships and relationships have been integral to our recruiting and retention efforts of Black faculty in Engineering,” West and Habashi wrote.

Louis said he was honored to be recognized, especially as he chaired the Faculty and Staff Recruitment and Retention subcommittee of the President’s Commission on Diversity and Equity from 2004 to 2005, during Casteen’s administration. 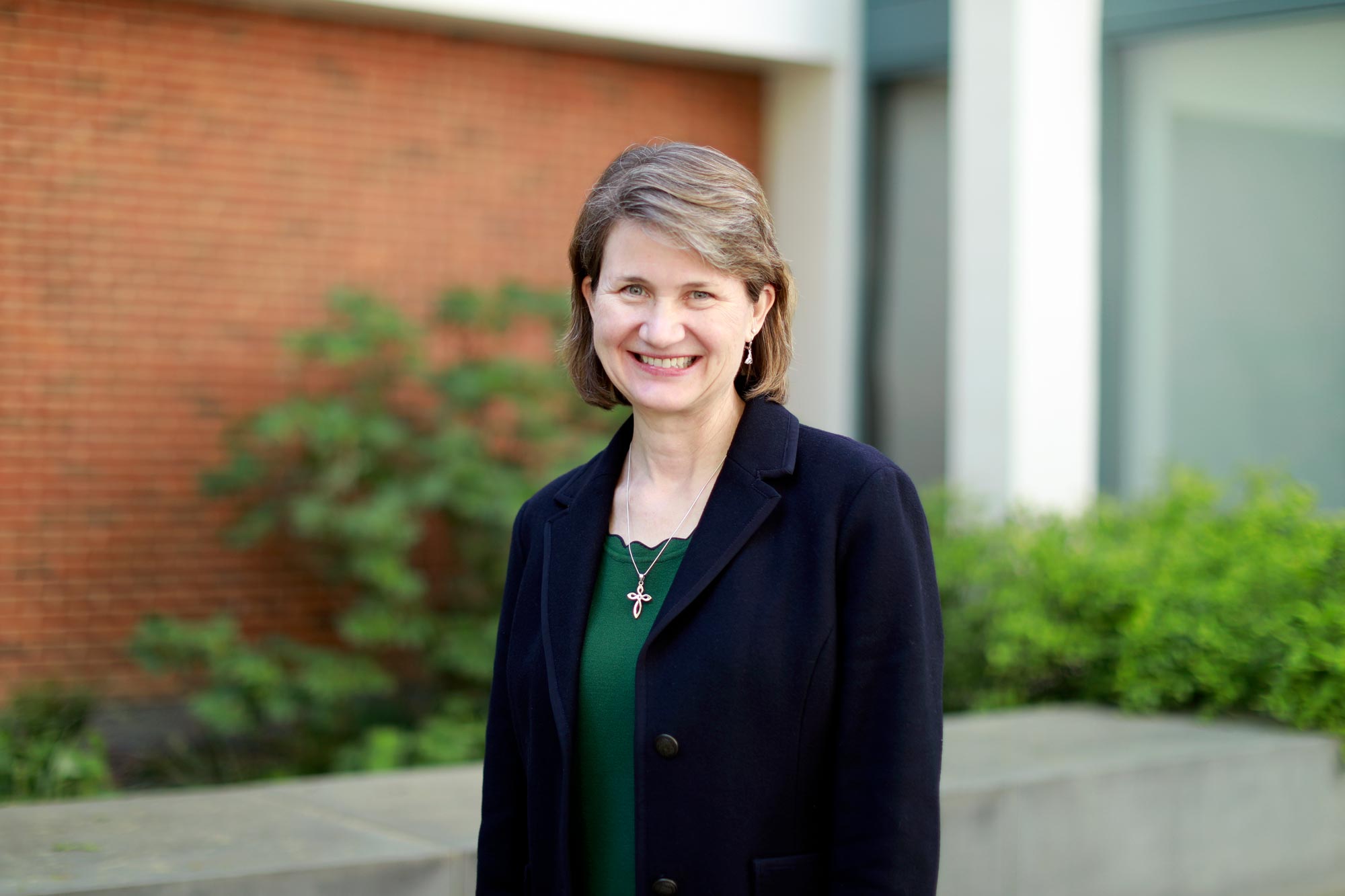 “Playing my part in our community is what gets me out of bed and driving over Afton Mountain every morning,” said Hulvey, the assistant dean for financial aid, education and planning at UVA School of Law.

Serving in her role since the fall of 2009, Hulvey has vastly increased and enhanced the support her office provides students, Goluboff said.

Hulvey’s student-centered approach has endeared her to a generation of UVA Law students and alumni, more than a dozen of whom sent messages to the dean supporting her nomination and recalling the important role she played in their lives.

Whether students had questions about available grants or LGBTQ students’ rights, they wrote about how Hulvey would find answers for every question. Hulvey also shared her own journey as a first-generation college student that gave them a better sense of inclusion and belonging.

“I love being a member of the UVA Law School and the greater UVA community,” Hulvey wrote in email. “My service to our community is deeply rooted in my Christian faith. I often reflect on the story of the good Samaritan, in which Jesus told an ‘expert in the law’ what it means to love your neighbor.”

In her daily actions, she follows the Law School mission that “we encourage diversity in our community in the broadest sense – diversity of background, thought, life experience, culture and community,” Hulvey said. “We want to have the biggest tent possible, and we want every person here to feel welcomed, seen, heard, respected, supported, and dare I say, loved, as the person they are.”

UVA Law alumnus Wade Foster put it this way: “The simple truth is that Jennifer Hulvey believes that every person should be valued, and in turn Jennifer helps each of us find value in ourselves.” 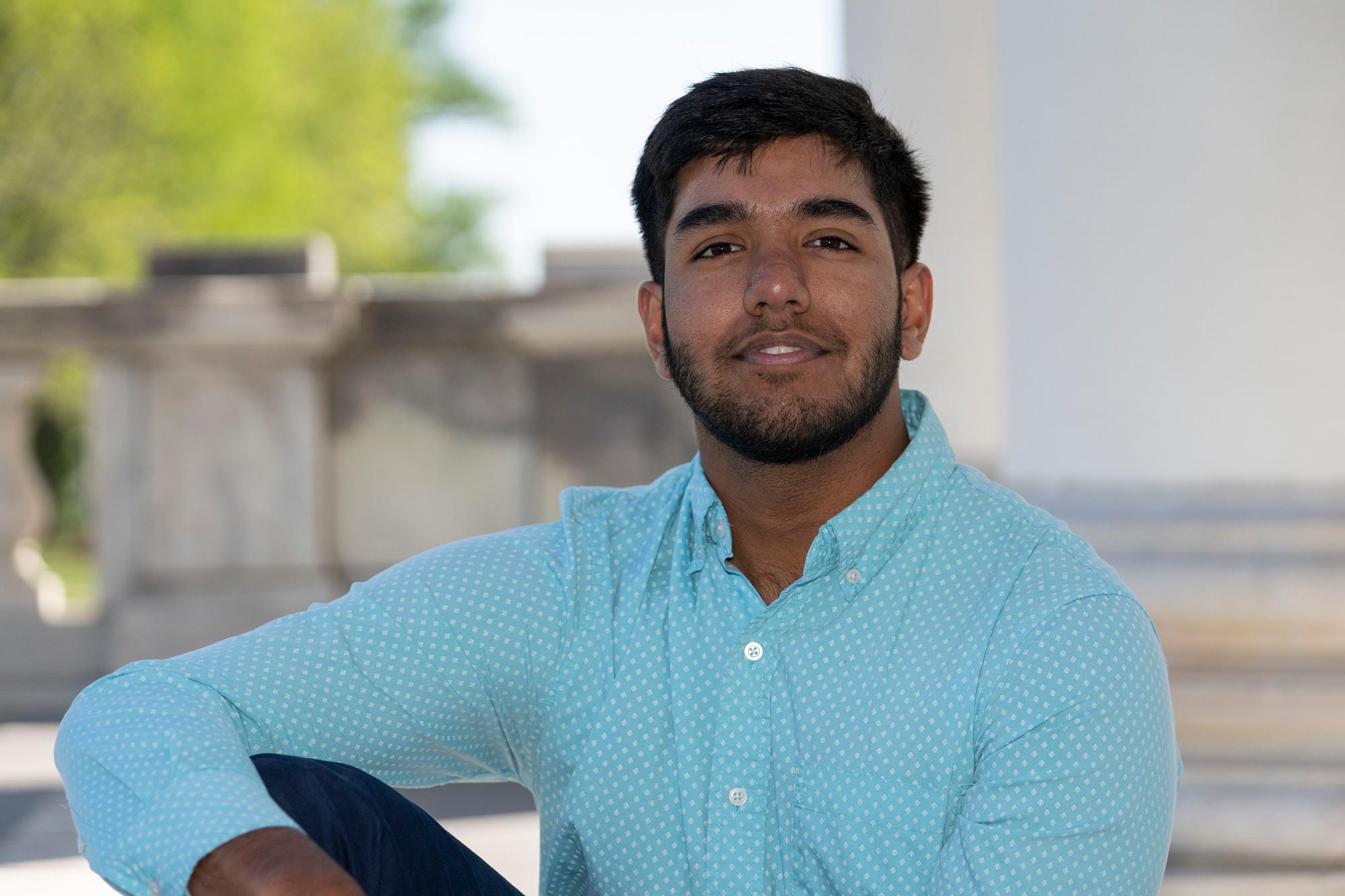 Kumar, a double major in American studies in the College of Arts & Sciences and business in the McIntire School of Commerce, with a minor in data science, said it was a great way to start the day a couple of weeks ago when he received an email that he was selected as one of the Casteen Award honorees.

“I am excited to see the work that my team and I have been doing will be shared with the rest of the University,” Kumar wrote in email.

Kumar is one of those UVA students who, if he sees a gap in opportunities, he’ll fill it by creating a new group or initiative.

He founded and serves as a captain of Virginia Ke Aashiq, a Bollywood fusion dance team at UVA that’s gender inclusive.

“We are still active and continue to dance, both at UVA and other performances,” Kumar said, “where we compete with other universities across the country while staying connected to our heritage and our cultural roots.”

An ongoing project that he probably won’t be able to see to fruition – because it’ll take longer than his four undergraduate years – is the Memorial Benches Initiative to recognize a recent student from each school. He has poured his heart and time into the initiative, nonetheless.

After seeking advice from University leaders, Kumar and his team came up with a plan to have concrete benches installed, one for each school at the University, to expand the representation of women and people of color on Grounds. To that end, Kumar has met with members of each school to build consensus for who they would like to honor.

“Since the start of the initiative back in February 2020, we have raised over $60,000 in funding and are moving forward with the construction and implementation process for seven [of UVA’s 13] schools,” wrote Kumar, who also serves as president of the Asian Student Union.

One of his informal advisers on Grounds, Abby Palko, director of the Maxine Platzer Lynn Women’s Center, wrote: “His concrete endeavors to emphasize the importance of representation in the built environment and expand the historical narrative in a significantly more inclusive manner make him the ideal recipient of the Casteen Award.

“His initiative highlights his devotion to UVA,” Palko said, “and not a mythical UVA, but the simultaneously very real and yet still aspirational UVA that those of us who love the University dream of.”

What’s Next for UVA’s Class of 2022? END_OF_DOCUMENT_TOKEN_TO_BE_REPLACED

How Affordable is UVA? END_OF_DOCUMENT_TOKEN_TO_BE_REPLACED