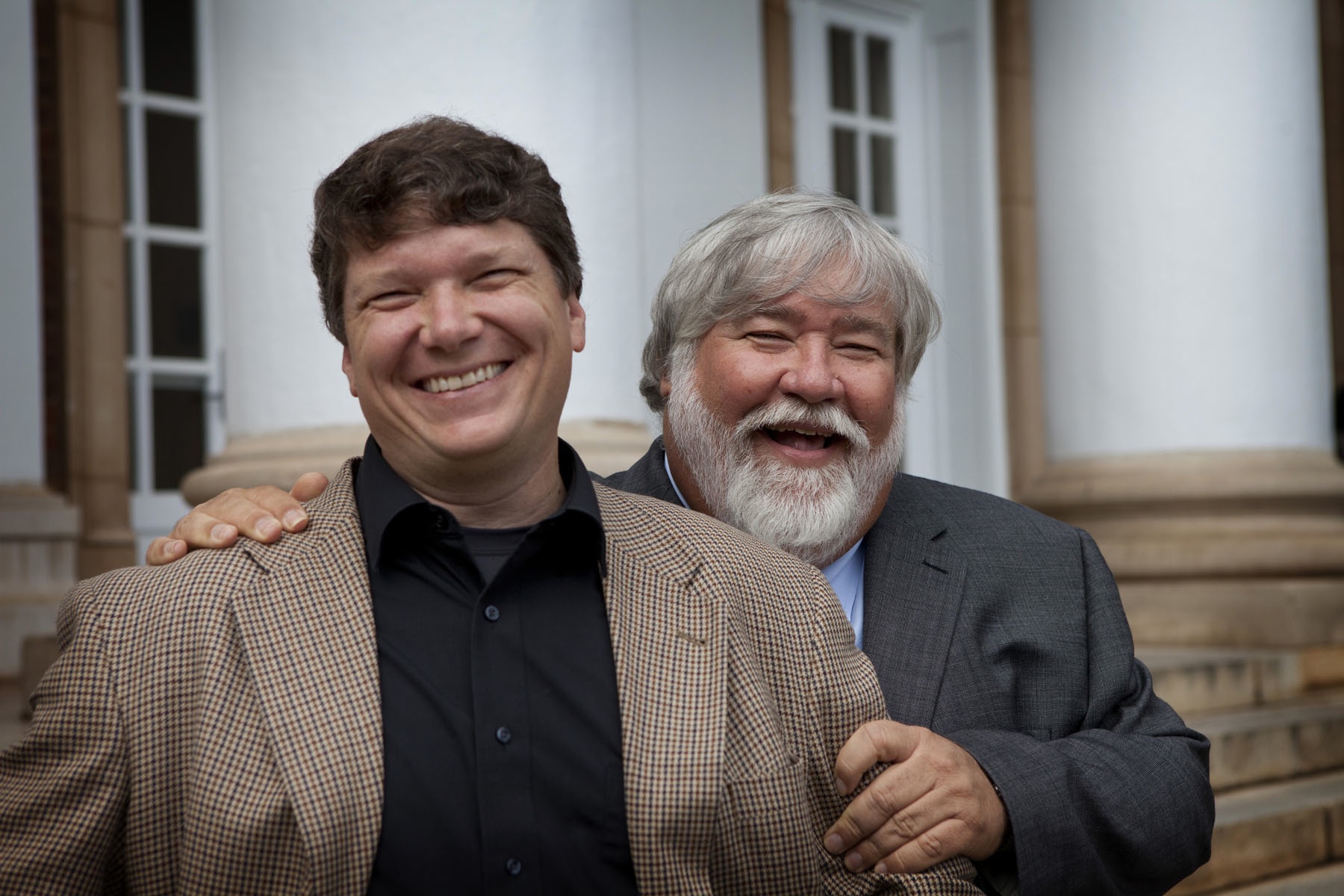 September 20, 2011 — While it might sound like a kids' game, the Little Red Schoolhouse is actually the nickname for the writing curriculum used at the University of Virginia. The curriculum not only helps U.Va. students become better writers, it also helps prepare them for professional communications after they leave the Academical Village.

Now, anyone who is interested in good writing can find coaching at the Little Red Schoolhouse website.

This means students tend to be rewarded for writing essays and reports that tell readers only what they already know or expect, in terms that they themselves use, he said. Students may also be rewarded for providing a detailed account of the thinking and processes that led them to already accepted conclusions.

Those strategies don't work very well after graduation, Colomb said. Understanding how readers use documents to solve problems and process texts – in other words, thinking like a reader – are the skills that carry students from writing-for-a-grade to writing on the job.

"Writers don't have audiences, they have readers – individual people looking at words one at a time," he said. "So a good writer thinks not about an audience but about a reader. Your question as a writer should be: What's going to happen in my reader's mind when they read the words I write?"

After earning his doctorate in English at U.Va., Colomb helped build the first version of the Little Red Schoolhouse 30 years ago at the University of Chicago with Joseph M. Williams, Francis X. Kinahan and Lawrence D. McEnerney. He went on to bring Schoolhouse-style programs to Georgia Tech and the University of Illinois before returning to Charlottesville to join the U.Va. College of Arts & Sciences' English department in 1997.

For decades, Colomb has been lecturing and consulting on effective writing. His interest in professional writing has taken him to some unlikely venues, from a Midwestern conference of large-animal veterinarians to the corporate offices of a very well known lingerie company. From Brazil to Boston, from Sapporo to San Francisco, he's been writing consultant to lawyers, judges, executives, engineers and surgeons. And his work with professional writers has both drawn from and fed back into the many classrooms that use the Little Red Schoolhouse curriculum.

At U.Va., the required first academic writing courses follow the Little Red Schoolhouse model over one or two semesters. Colomb and English professor Jon D'Errico, who co-directs the writing program, team-teach about 2,000 mostly first-year students, including architecture, nursing and transfer students. They emphasize persuasive writing and writing that explains technical or scholarly information for nonspecialists.

Colomb and D'Errico teach upper-level writing courses, too. The biology department asked if science students taking their upper-level Academic and Professional Writing course could have their own writing studio section, where they could work on their distinguished majors theses. The half-dozen biology majors benefitted from the coaching they received, said Jay Hirsh, a biology professor who directs the Distinguished Majors Program.

"They got relevant feedback about something they cared about," he said. Students told him the course helped them to organize their material and improve their writing, and Hirsh saw the evidence for himself, he said.

"No matter what a student goes into, the ability to write clearly and quickly is an asset," he said, noting the interdisciplinary approach.

Grants from the Jefferson Public Citizens program and one of the University's most generous benefactors, the late Frank Batten, provided the support to rebuild the Little Red Schoolhouse online. Batten gave the program a grant of $100,000 four years ago to create the website.

A team of 15 graduate students worked to make the online Little Red Schoolhouse easy to use for all levels of writers while still comprising the common core set of ideas on teaching and learning basic writing for faculty and students.

Several other colleges and universities around the country use the Little Red Schoolhouse curriculum, including the University of Richmond, Boston University and Willamette University in Oregon.

Colomb said he's starting to hear from high-school principals asking him what their schools should be teaching about writing that will help them prepare students for college. So far, the Little Red Schoolhouse is being used at the Chavez Charter School for Public Policy in Washington, D.C.

Now with a website, it could go even farther. "Everyone tells me I could make a million dollars, but it's free," Colomb said, "I consider it a service."

A Year We Will Never Forget: 2019-20 in Review END_OF_DOCUMENT_TOKEN_TO_BE_REPLACED

‘What Will You Carry With You?’ Remarks From UVA President Jim Ryan END_OF_DOCUMENT_TOKEN_TO_BE_REPLACED