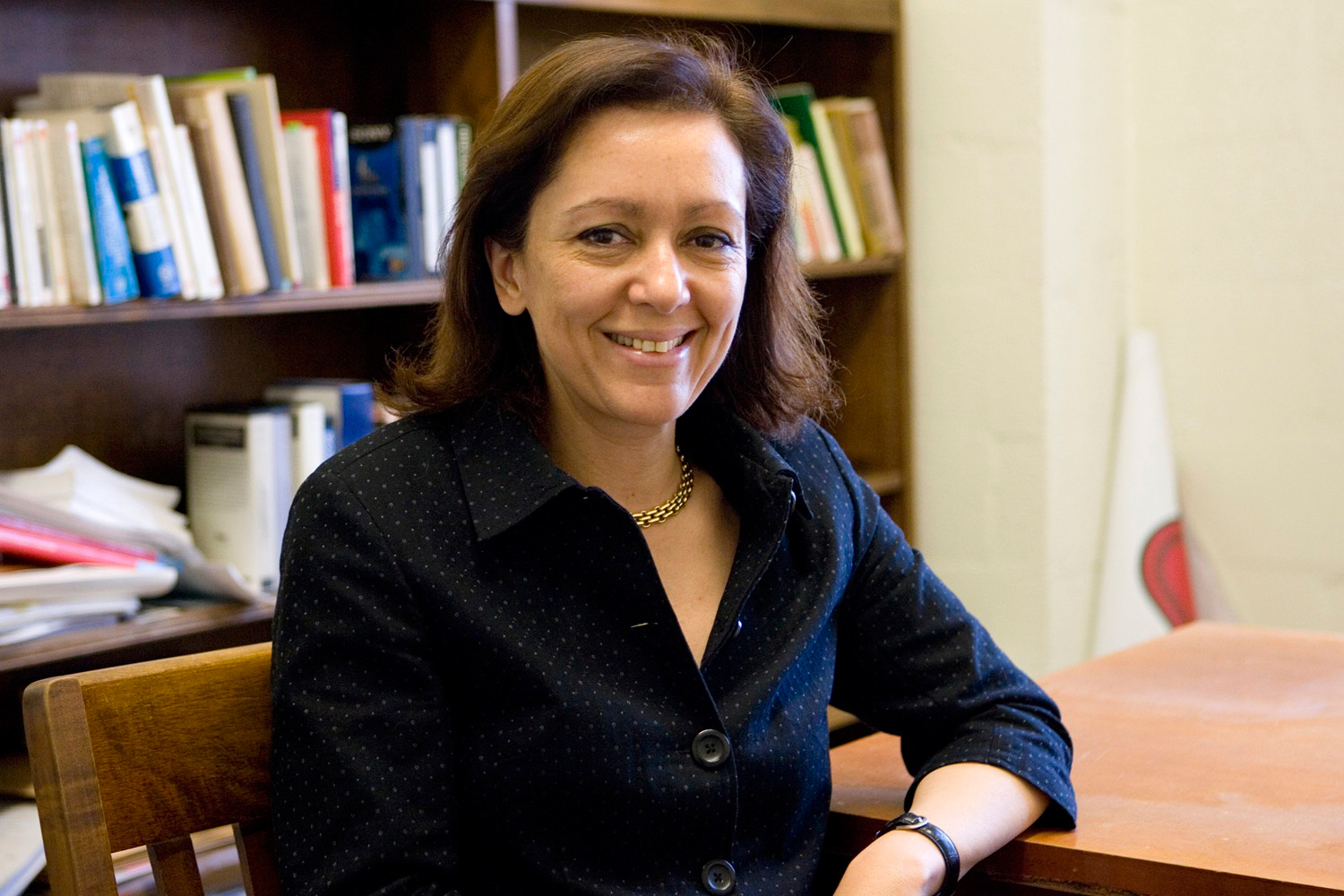 September 15, 2008 — One afternoon in 1998, Majida Bargach was having tea with her sister at her home in Rabat, Morocco. As the two chatted that day, the sister mentioned an advertisement she'd seen for the American Green Card lottery. Bargach had never heard of this Diversity Immigrant Visa Program in which the U.S. State Department offers 50,000 permanent resident visas annually to randomly selected applicants from geographic areas with low U.S. immigration rates.

At the time, Bargach was working for a non-governmental organization helping disadvantaged women and children in Rabat. She was also caring for her own two young children, and her husband was running a factory that manufactured electrical cables. They were not looking for new opportunities in the United States.

"We had a quite stable life," Bargach said. But just for fun, she mailed two enrollment cards to the U.S. Department of State — one for herself and one for her sister.

"It was not that serious," Bargach declared. "I've never played a lottery in my life, so I was not expecting to win."

Two years later, Bargach cashed in her winning ticket and arrived in America with two small children, no job and very little money. She couldn't speak English, either, but she couldn't pass up this chance of a lifetime.

"You may think it's courageous," she said, "but my sons thought it was crazy. I knew everything was fine, though. It was enough courage or craziness to make it work."

Growing up in Morocco

Bargach, who now serves as a lecturer in the University of Virginia's Department of French Language and Literature, is a progressive Muslim woman, born in Casablanca, where her father served as the first mayor after the small North African country achieved independence in 1956. The youngest of eight children, she grew up in a multicultural household in the capital city  of Rabat, where the family moved when she was still a toddler.

"I learned Arabic and French at the same time," Bargach said, recalling her childhood. (She also speaks Spanish, a Berber dialect or two and now English.) "As soon as I started speaking, I had to translate Arabic and French, because in the house I grew up in, there were people who were not French speakers and a person who did not speak Arabic. Only my father was bilingual, so at a very early age, I was translating."

Surrounded by those who were both Muslim and Christian, European and African, well-off and very poor, educated and illiterate, Bargach became not only comfortable but excited by cultural diversity. The heterogeneity that surrounded her as a young girl continues to inspire in her a desire to build bridges between people of different cultures.

Bargach learned much about building bridges from her father, who served as Minister of Islamic Affairs in the government of Mohamed V and Hassan II, Morocco's kings during and after independence. As such, her father received dignitaries from all over the Muslim world and Europe, and his daughter met many of them.

Majida recalled her father's relationship with a particular European dignitary, Général Nogues, the French Resident General in Morocco during colonization. "He was more powerful than the king," she said. "He was the real ruler of Morocco."

But long after Morocco gained its independence, Nogues would return to his former dominion and often visited Bargach's father. Though Majida was young at the time, her father insisted she accompany him when he lunched with the former general. Much later, after she was grown and the general had died, Bargach asked her father why he insisted that she be part of his meetings with Nogues.

"He said to me, 'Général Nogues had at one time the right to do anything he wanted with us and with the country'," Bargach recalled. "'It was a difficult time, and he was a scary figure for Moroccans. He was the ruler, and people were dying and people were exiled. I wanted you to see how he was [now] coming modestly, begging for lunch, so to speak. I wanted you to see that power doesn't last and things change'."

Bargach concluded by saying, "It was one of the many, many lessons I learned from my father."

Road to the Promised Land

After completing high school in Morocco, Bargach was educated at the University of Bordeaux – Montesquieu. Living in France for many years, she earned an undergraduate degree in law and economics, and studied political science and international relations as a graduate student.

In 1987, Bargach took a class on American politics taught by a visiting professor from the University of Virginia. She struck up a friendship with James Ceaser and his wife, Blair French, and kept in touch even after they returned to America and she returned to Morocco, married and started a family.

"She is a terrifically interesting person with great insight into others," Ceaser said. "She's a great observer of others, which makes her an expert student of literature."

That Bargach now teaches francophone literature at U.Va. is in part because of Ceaser. During an exploratory visit the family made to the United States, prior to their emigration, Ceaser and French showed them around Charlottesville and the University. Bargach fell in love with both. And after she and her boys, then ages 4 and 5½, moved to town (her husband joined them here a year later and now teaches engineering at Piedmont Virginia Community College), Ceaser introduced Bargach to members of the U.Va. French department.

While she loves the classes she teaches on the literature and politics of Morocco and North Africa, Bargach is most excited about showing students her homeland. So in 2001, when William Quandt, then U.Va.'s vice provost for international affairs, suggested she create a study-abroad program in Morocco, she jumped at the chance to merge her own interests in international relations with the University's mission to create a globally aware, culturally diverse educational environment for students.

In the summer of 2002 — only months after the Sept. 11 attacks in New York and Washington, D.C. — the intrepid instructor took nine students to the Muslim city of Rabat. During the six-week program — ostensibly a French language immersion — Bargach steeped the students in the language and gave them an insider's experience of the country that included camel rides in the Sahara Desert, shopping in the Fes medina (the ancient part of the city), an overnight with Berbers in the Atlas Mountains and touring Roman ruins near the Mediterranean.

Dan DiSalvo (Ph.D. ' 07) was a graduate student in the politics department when he accompanied Bargach on that first adventure.

"She's an incredible force," said DiSalvo, now a visiting professor at Amherst College. "Majida is an elegant woman, very poised and graceful. There was a lot of rough stuff happening in the madinas — people marching cattle in and slaughtering chickens — and she handled this with an incredible amount of class."

While the "U.Va. in Morocco" trip is more popular every year — this summer, another 30 students participated — Bargach is always glad to return to the country that is now her home.

"We've had a tremendous time since the very beginning," Bargach declared of her life in America. "My family and I have been welcomed in a way I never thought was possible. I still admire the way this country welcomes and absorbs this diversity of people coming from around the world."

Class of 2020: Memories and Moments From a Long-Anticipated Celebration END_OF_DOCUMENT_TOKEN_TO_BE_REPLACED