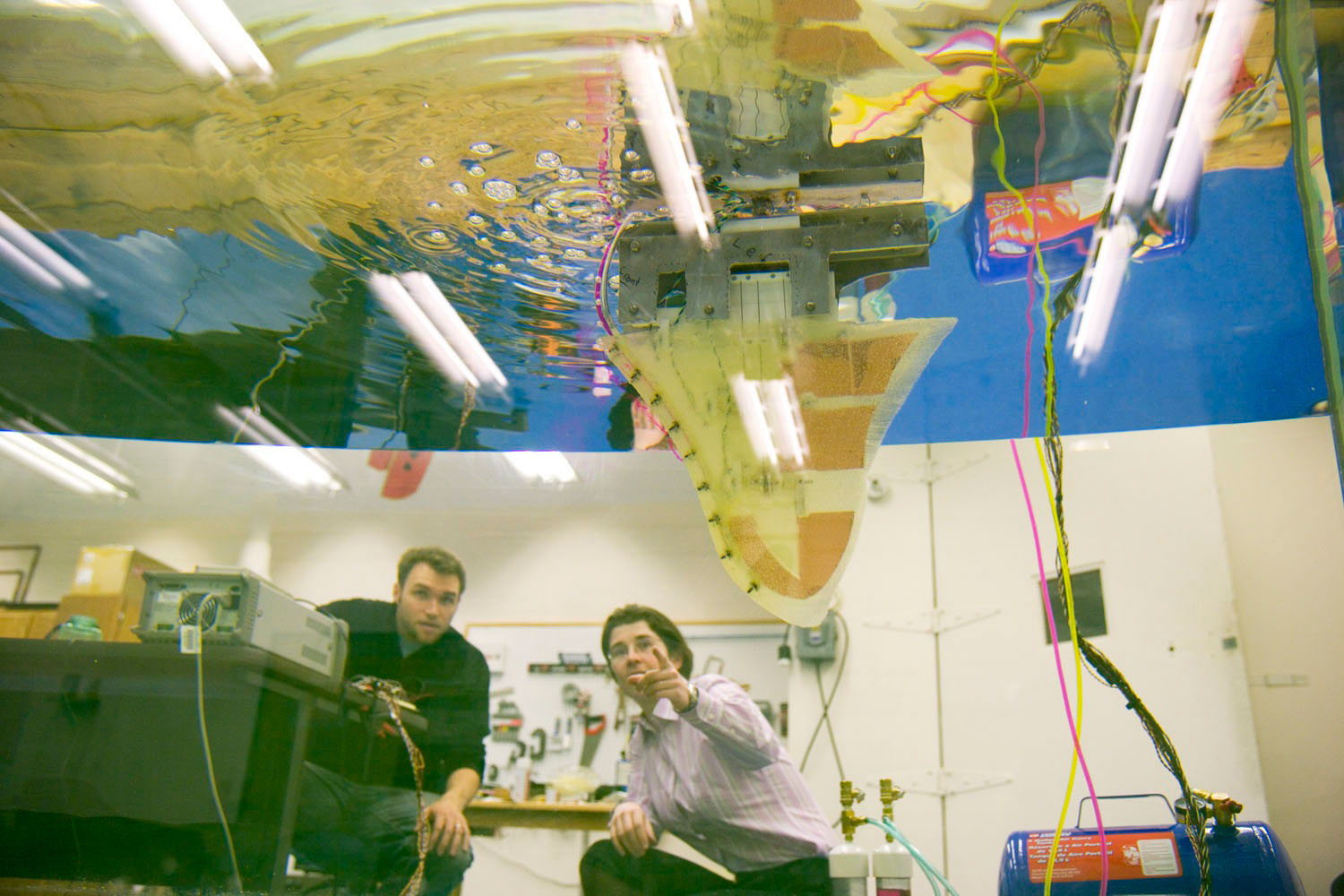 March 28, 2008 — The Office of Naval Research announced this month that it is awarding a highly competitive Multidisciplinary University Research Initiative Program grant of approximately $6.5 million to Hilary Bart-Smith, a University of Virginia associate professor of mechanical and aerospace engineering. The grant will lay the groundwork for the possible eventual creation of an autonomous underwater vehicle that would mimic the graceful motions of a manta ray.

Such a biologically inspired vehicle would have possible military and commercial uses and could be used for undersea exploration and scientific research.

The federal MURI program supports interdisciplinary science and engineering research at U.S. universities that have potential for defense, research and commercial applications. The awards, for up to five years, are overseen by three Defense Department groups: the Army Research Office, the Office of Naval Research and the Air Force Office of Scientific Research.

Bart-Smith and her team at U.Va., Princeton University and West Chester (Pa.) University are investigating the design of a mechanical wing that would produce swimming and maneuvering capabilities similar to a stingray or manta ray. Such a design would allow an undersea vehicle to move with great efficiency through water and would allow for quick turns, rapid acceleration and deceleration and even to lie at rest on the sea bottom.

"The vehicle, as we imagine it, would operate autonomously," Bart-Smith said. "It could be sent out on research missions, for example, and would be able to operate on its own, sensing the environment and gathering data that could be of great use to the military, oceanographers and marine biologists. It is anticipated that this vehicle would be able to operate for long periods at sea as if it were a living organism."

Bart-Smith said such a vehicle could possibly look so much like a manta ray that sea creatures would interpret it as a natural part of their environment rather than as an intruder or predator.

She emphasized that her research team is investigating the fundamental science of ray locomotion — the biological structure, hydrodynamics and control — and how an engineered wing might mimic their motions.

Bart-Smith has been working on such concepts for several years with support from the Packard Foundation and the National Science Foundation. Her colleagues on the MURI grant include U.Va. mechanical and aerospace engineering professors Hossein Haj-Hariri, Tetsuya Iwasaki and Pepe Humphrey; Princeton University engineering professor Lex Smits and West Chester University marine biologist Frank Fish.

Bart-Smith, who joined the U.Va. faculty in 2002 from a postdoctoral fellowship at Princeton, focuses her investigations on ultra-light materials, "morphing" structures, such as wing designs that can rapidly change shape, and novel materials for sensing devices.

"Mother Nature has designed over millions of years highly efficient structures for a diverse array of creatures, such as the manta ray," Bart-Smith said. "As engineers we can learn a great deal from the design of these organisms and very possibly improve upon them."

What’s Next for UVA’s Class of 2022? END_OF_DOCUMENT_TOKEN_TO_BE_REPLACED