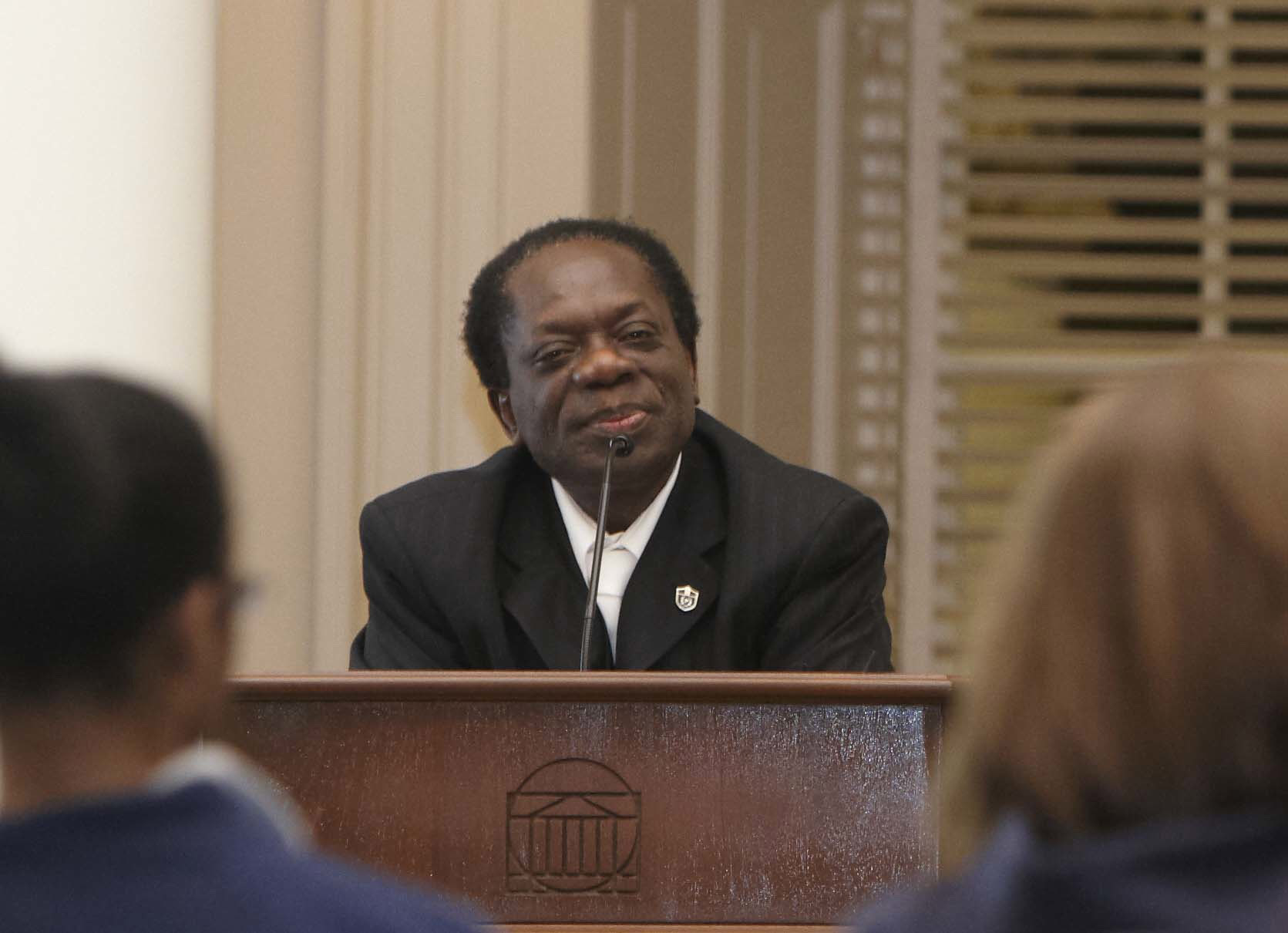 February 23, 2009 — Maurice Apprey, dean of African-American Affairs at the University of Virginia and professor of psychiatric medicine at U.Va.'s School of Medicine, received the Clyde M. Watson Jr. Distinguished Service Award for Pastoral Care and Education earlier this month.

Apprey served as chairman of the Professional Advisory Group for the chaplaincy department and clinical pastoral education programs from 1993 to 2006. A lecturer on personality development for chaplain residents and interns, he participated in many exit interviews with chaplain residents and reported the results to the advisory group, leading to positive changes to the department and education program. In addition to giving collegial support to the professional chaplaincy staff, Apprey has provided care to many patients in the U.Va. Health System and in the wider community. He has also provided professional support to a variety of staff and students throughout the University.

Apprey has been a keynote speaker for the Association of Clinical Pastoral Education, has written extensively in the field of psychology and served on numerous clinical teams throughout the world.

Prior to becoming dean of African-American Affairs, Apprey served as associate dean for student support and associate dean for diversity at the School of Medicine. While he held the latter position, minority representation in entering medical school classes rose by 17 percent. For 13 years under his watch, the Medical School's retention rate for minority and disadvantaged students was 100 percent.

Apprey's name will be added to a plaque in the hospital chapel. Past recipients of the award include the Rev. Nan Brown; Cherry Avenue Christian Church; the priests at St. Thomas Aquinas Roman Catholic Church; Dr. Stan Nolan, retired chief of surgery; the Caring Committee of Congregation Beth Israel; and Pastor Joel Jenkins of First Baptist Church.

What’s Next for UVA’s Class of 2022? END_OF_DOCUMENT_TOKEN_TO_BE_REPLACED

How Affordable is UVA? END_OF_DOCUMENT_TOKEN_TO_BE_REPLACED