McIntire Student Ambassadors Love Easing the Concerns of Their Peers 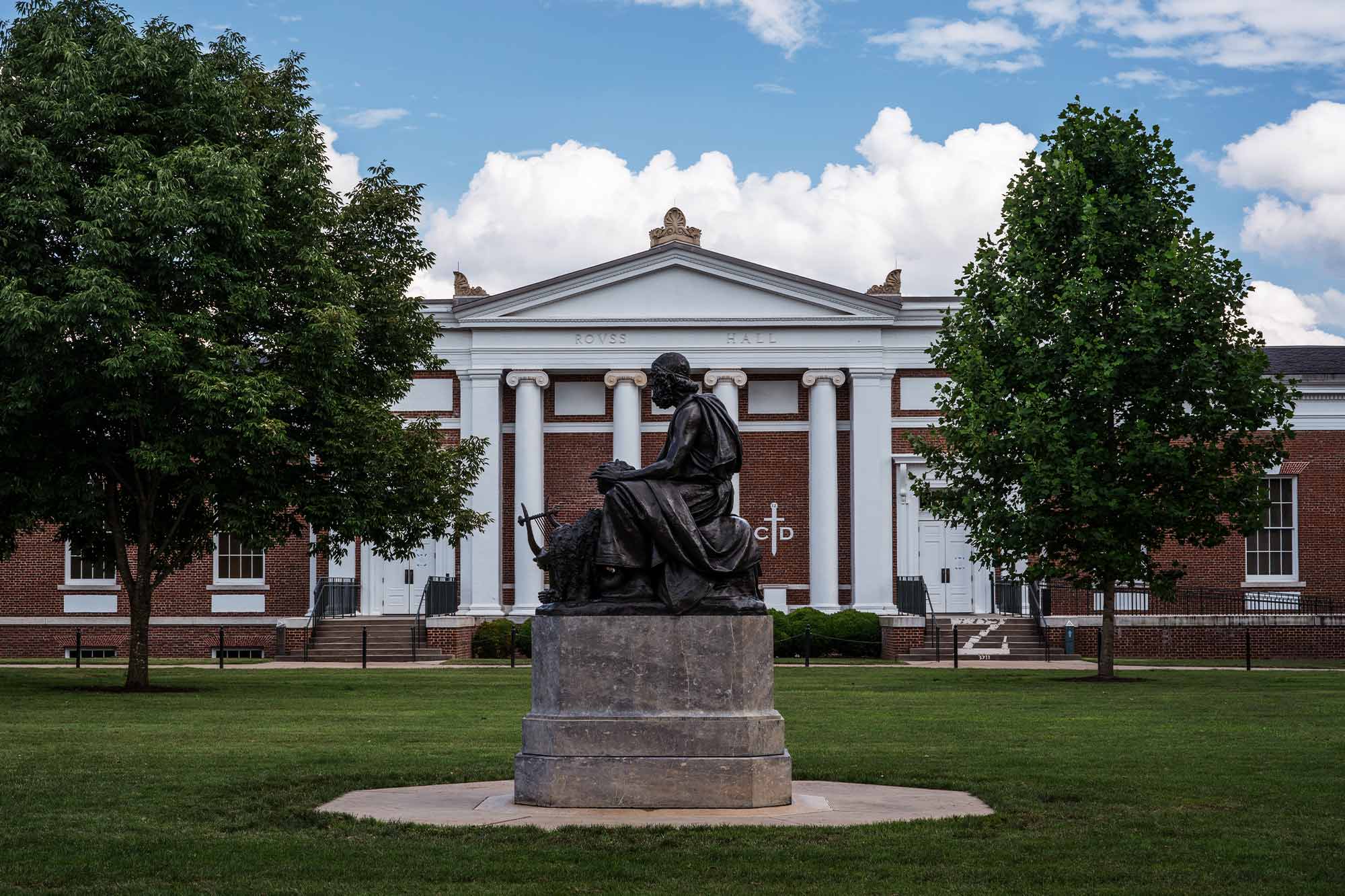 Ambassadors for the McIntire School of Commerce help prospective students navigate applying to the school, and help accepted students adjust to the culture. (Photo by Sanjay Suchak, University Communications).

Tara Vasanth, a rising fourth-year student at the University of Virginia, can recall feeling stressed before being accepted into the McIntire School of Commerce, known to insiders as the “comm school,” or sometimes just “comm.”

As a first-year student who was considering applying to the undergrad business program (a two-year program that typically accepts applications during students’ second undergraduate years), she realized that she had a lot of questions. That’s where McIntire Student Ambassadors came in to help. 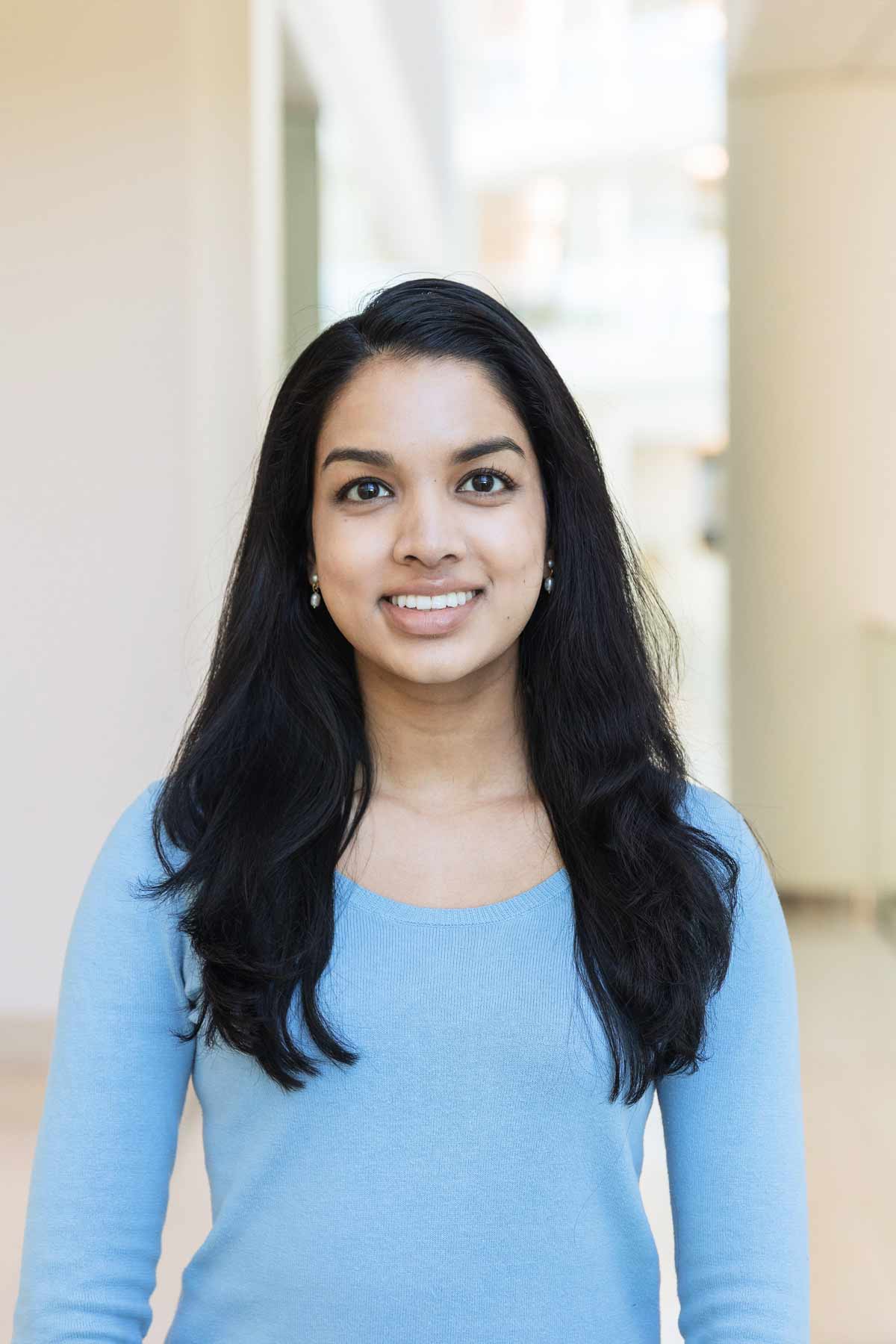 “I learned so much about McIntire throughout my own journey, and I’ve always had a love for mentoring others, so I knew being an ambassador was something I wanted to do,” she said.

During her third year – and by then, a McIntire student herself – she joined the group and found that she enjoyed connecting with incoming students and discovering what led them to the commerce school. Additionally, the responsibilities of working with the group gave her a stronger feeling of purpose. “And it’s a great feeling knowing I helped someone and eased any of their concerns,” she added. This fall, she will be one of the program’s co-leaders.

Vasanth’s co-lead ambassador Will Littlejohn, also a rising fourth-year student, was motivated to join the group after being accepted to McIntire and going through the first week of classes.

“I wanted to give back and do more for the comm community, and show others the values and lifestyle of a commerce student,” he said. “One of the most impactful voices for prospective and current students is the voice of their peers, so being able to share my knowledge and experiences has helped me feel confident about my time throughout the commerce program.”

The lead ambassador during the last academic year, Philip Rubio, who graduated in May and is an associate consultant for Bain & Company in Washington, D.C., credits a McIntire ambassador with changing his mind about attending UVA during a second trip to Grounds as a high school student.

“It wasn’t until April of my senior year when I revisited Grounds and went on an ambassador tour with Tiffany, a fourth-year ambassador at the time, when I began to envision myself in the UVA community and especially pursuing a major in commerce,” he recalled.

Looking back, Rubio said that being part of the ambassador group for the school turned out to be one of the most fulfilling activities he was involved in at UVA. “I really cherished the opportunity to give back to the commerce community and serve fellow students. Specifically, being able to give them the peace of mind I didn’t always have about applying to the comm school, recruiting and career advice – all while working with an incredible team of peers and staff – significantly marked my third- and fourth-year experience.”

We asked current co-lead ambassadors Vasanth and Littlejohn, as well as their former leader Rubio, more about their time in the McIntire Student Ambassadors program to find out why it remains a rewarding endeavor.

Q. What part of your responsibilities as an ambassador do you enjoy most?

Vasanth: I enjoy walk-in advising. I like getting to know the students in a more personal, one-on-one setting. Every day of advising is different, which makes the job interesting and engaging. Each student has a different story, and I always learn something new each time I advise someone.

Littlejohn: I’ve spent the majority of my time as an adviser for prospective comm students. I’ve really enjoyed speaking with students and giving advice on how they can position themselves for a strong application to the comm school. It feels good to help students achieve their goals and provide the perspective of my own experience to help get them to where they want to go.

Rubio: Giving tours of [Rouss & Robertson halls] was easily the most fun part of being an ambassador. I got to connect with current and prospective UVA students and families, showing them around the buildings and giving them an authentic feel of life in McIntire, while being able to show them my favorite spots and memories. The tours allowed me time to open up about my experience in comm, sharing vulnerably about what community means to me, specific stories about faculty and impacts on my life, my career path, and much more. I also got to share my personal “pre-comm” story at the end of every tour, giving more students peace of mind and hope about their approach and decision to come to UVA and pursue McIntire.

Q. How has your work as an ambassador expanded or supplemented your professional skill set?

Littlejohn: My work as an ambassador has helped my communication skills, specifically in conversational discussion and presentation. Giving tours has really helped my ability to stand in front of a crowd and present, and the advising sessions have helped my interpersonal conversational abilities. These can be applied during networking and other business discussions.

Vasanth: I've definitely gotten more comfortable with public speaking. I’ve had to speak in front of large audiences, and at first, it was intimidating, but now I love doing it. I also think my general communication skills have improved. I got better at making “small talk” with people, especially during pre-commerce networking events.

Q. As the ambassadors aim to expose first- and second-year students who are considering applying to McIntire to the school’s culture and community, how have you helped accomplish that goal?

Littlejohn: I am part of a consulting and investment club at UVA, and I like to encourage younger students who are hoping to one day join McIntire. We try to use the skills and knowledge we’ve learned throughout our time in the comm school and apply it to the activities we do so students can get a better understanding of what McIntire is like. 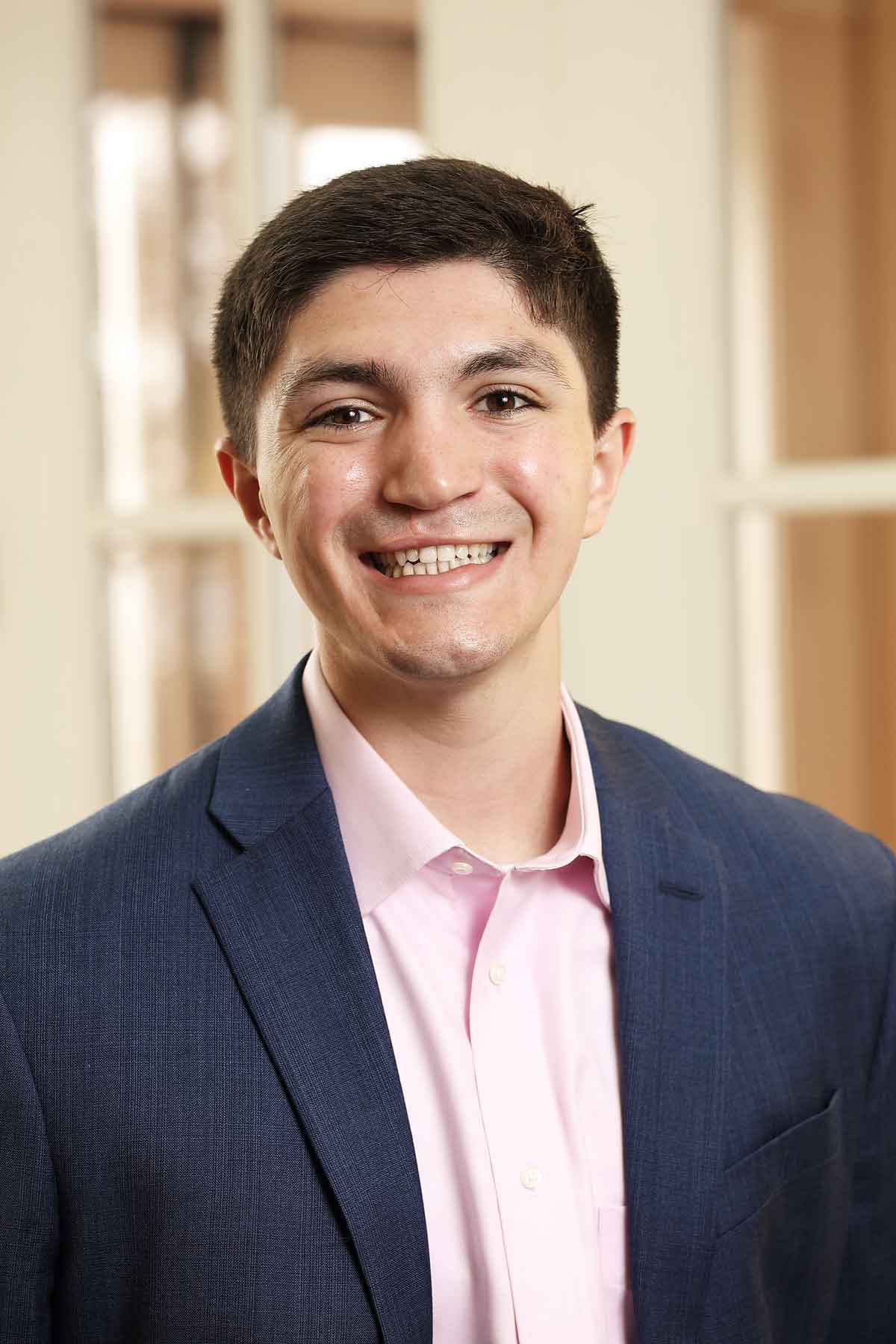 Rubio: I felt my main role (giving tours, doing both Zoom and in-person advising, as well as connecting with students one-on-one to discuss recruiting or deciding on whether they even wanted to pursue McIntire) was dispelling myths and bringing my perspective in order to give peace of mind. Through my own story, I was able to give students hope and peace about applying to comm school. Mainly, this was reassuring them that McIntire’s admissions process is holistic, so no, they did not need a 4.0 or have a first-year internship to get into comm school.

This also goes for helping students plan out their coursework in a way that gives them freedom and options to pursue their academic interests, rather than taking an insane amount of credits or taking all econ classes to impress the admissions committee. Dispelling many admissions rumors for hundreds of pre-comm students was probably the coolest way I got to impact students. Seeing those sighs of relief and newfound confidence in their applications to comm was the most fulfilling part of the role, especially in advising.

Finally, I got to use this role to answer the obvious, yet often unaddressed, question: “What if I don’t get into comm?” Through my networking experiences from first and second year, I was often taken aback by how many UVA alumni got jobs in consulting, banking, marketing, etc. without a commerce degree. When I learned this, it gave me a bit more career path assurance as I applied to McIntire.

I think being an ambassador is great because I got to both help and advise students who got into comm or were highly geared to study business, and also reassure and help students who did not get in. I had one student, whom I advised often, email me when they were not accepted to commerce, and even though they did not get in, I was able to connect them to one of these very alumni friends who worked in their business field of interest. Being able to be an outlet and bridge between UVA students interested in business and alumni whom I got to know over four years was also a huge gift and a surprising part of my impact on others in the ambassador role.

Q. In what ways has the role allowed you to positively impact the experiences of pre-commerce students?

Vasanth: I remember feeling pretty stressed with the pre-commerce process, and looking back, I wish I had spent less time worrying about getting into McIntire. When I advise students who are nervous about getting in, I do my best to ease their concerns and help them gain confidence. I’ve gotten feedback from students about how much better they feel after advising, and it’s very rewarding knowing that I’ve made a positive impact.

Q. Ultimately, why do you believe that more comm students should consider becoming an ambassador?

Littlejohn: I think comm students should consider becoming an ambassador because of the impact they can have on other students. Many first- and second-years who come in for advising really appreciate hearing their questions answered from an actual student and take their answers to heart. It is rewarding to see students feel satisfied and prepared after helping them. Additionally, being able to represent McIntire is a unique experience that is rewarding and oftentimes has fun perks along the way.

Vasanth: As an ambassador, I’ve gained a greater sense of pride for the McIntire community. I’m glad I did it during my first year at McIntire because I’ve learned so much about the community. Our ambassadors are also very supportive of each other, and it’s a fun way to meet new people and engage with the community.

Rubio: For any comm student, being an ambassador is one of the best ways to meet new people and be a light for those wallowing in any pre-comm anxiety and fear, while also developing your own skills around leadership, mentoring and communication – all of which are key, yet underrated skills for any job you do after graduation. It is also a great role because the ambassadors you work alongside are equally passionate about the same topics and goals regarding McIntire admissions. They are so much fun to work with, too.

From leading tabling career center events to weekly walk-in advising, I got to know my peers in comm school at a deeper level by working together as ambassadors and had a great time doing it.

To be honest, being an ambassador rarely felt like a job. Rather, I saw it as the best opportunity to meet new people, encourage them, and give back to a commerce community that has given me so much over the last two years leading up to graduation.