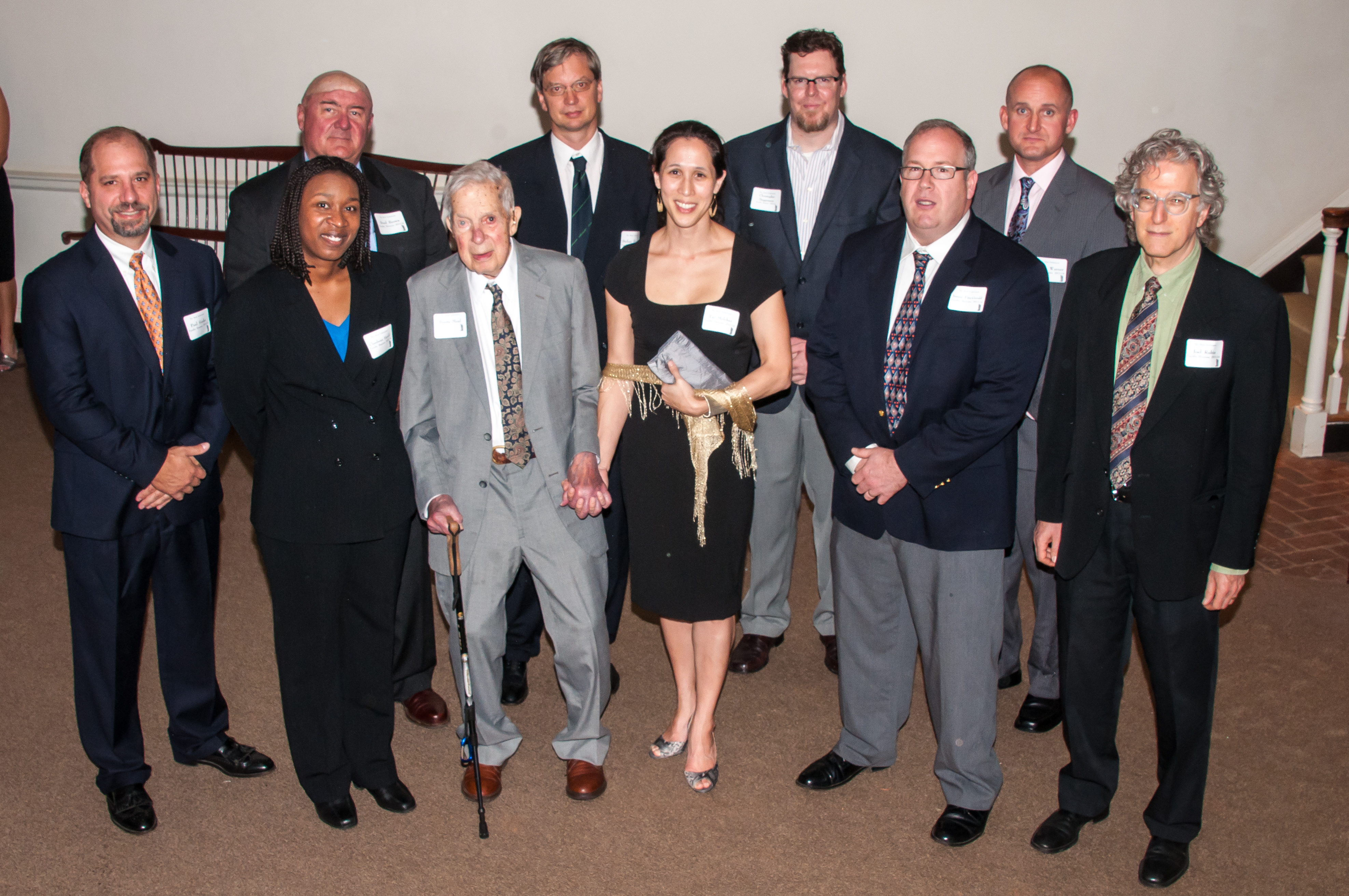 As the University of Virginia grows, the question arises: Are students’ experiences growing as well?

Thanks to the Mead Endowment, the answer is yes.

Founded in 2002, the endowment provides faculty members who display “outstanding potential to become friends and mentors of students” with grants to create their own “dream ideas,” – or opportunities to inspire students academically while building personal relationships in a setting that the traditional classroom cannot provide.

The endowment was founded in honor of music professor Ernest “Boots” Mead, who retired from the College of Arts & Sciences in 1996. During his 35 years at the University, Mead took students under his wing and drew “them out of their small world and into a bigger one,” according to the endowment’s website. Years after his retirement and well into his 90s, Mead continues to inspire students during a yearly seminar course open to fourth-year students.

On Saturday, the Mead Endowment held its annual Rotunda dinner honoring past and current grant recipients. According to the Mead Endowment website, “Faculty hear from Mr. Mead, who regularly reminds all present that it is not just the students who have learned from him, but he who has learned from them, and together they have discovered life’s themes among its variations.”

This year, 12 University faculty members received Mead Grants to complete their “dream ideas,” including nine honorees from the College, in departments as diverse as drama and biology and including recipients in mathematics, physics, anthropology, African-American studies and music.

Jennifer Rubenstein, an assistant professor of the Woodrow Wilson Department of Politics, is planning five events to develop students’ critical and analytical skills through “hands-on interactive projects that are also very demanding intellectually.” These projects focus on global ethics and include dinner with refugees and discussions with aid workers, among other activities.

Griffith Chaussée, a lecturer of Middle Eastern and South Asian Languages and Cultures, plans to immerse students in the cultures of Hindi and Urdu “with the goal of helping students see for themselves the intertwining of values and themes” that the cultures share. Activities include movie viewings, traditional Indian dinners and a trip to Washington, D.C. to visit “Yoga: The Art of Transformation” exhibit at the Smithsonian’s Sackler Gallery.

Several other recipients received Mead Grant-inspired awards from their schools. Brad Brown, a professor in the McIntire School of Commerce, received the Jack Lindgren Award; Jim Fitz-Gerald from the School of Engineering and Applied Sciences received the Henry Kinnier Award; and Paul Simko of the Darden School of Business was honored with the John Colley Award.

Brown will work with Greg Lowden, a 2008 alumnus of the McIntire School, on an urban poverty project in Guatemala City. His team of fourth-year commerce students will work on a consulting project for Resplandece, a non-profit organization in Guatemala. The project will develop and implement a marketing and distribution strategy for Guatemalan coffee to be sold in the United States.

The proceeds from the sales will go to the non-profit, which will help with Guatemala’s “lack of education, lack of access to medical care, lack of work opportunities, lack of shelter, and lack of the emotional and spiritual support that contributes to one’s self-esteem and personal development,” according to Brown’s proposal.

While undergraduate engineering students engage directly with professors in classrooms and labs throughout their academic career, Fitz-Gerald’s primary goal is to “provide students with opportunities to experience the excitement and challenges associated with engineering practice through multidisciplinary design experiences and realistic, open-ended problem solving.”

Darden students will visit Rio de Janeiro with Simko to examine the societal and economic impacts that preparations for the 2016 Olympic Games are having on the region.

Recently, the endowment has added to its endeavors by introducing “Mead Money,” which provided 700-plus faculty members with vouchers to treat students to a meal on Grounds. The opportunity to engage in a more personal setting sparks “the potential to inspire hundreds of meaningful faculty-student interactions that might otherwise never take place,” according to the endowment’s website. Students and faculty reflect on their experiences on the Mead Money Facebook group.

For information on current and past “dream ideas” visit the Mead Endowment website.

UPDATED, Sept. 26, 2013, 10 a.m., to calrify in 12th paragraph that engineering students work alongside faculty members throughout their academic careers.

A Year We Will Never Forget: 2019-20 in Review END_OF_DOCUMENT_TOKEN_TO_BE_REPLACED

‘What Will You Carry With You?’ Remarks From UVA President Jim Ryan END_OF_DOCUMENT_TOKEN_TO_BE_REPLACED