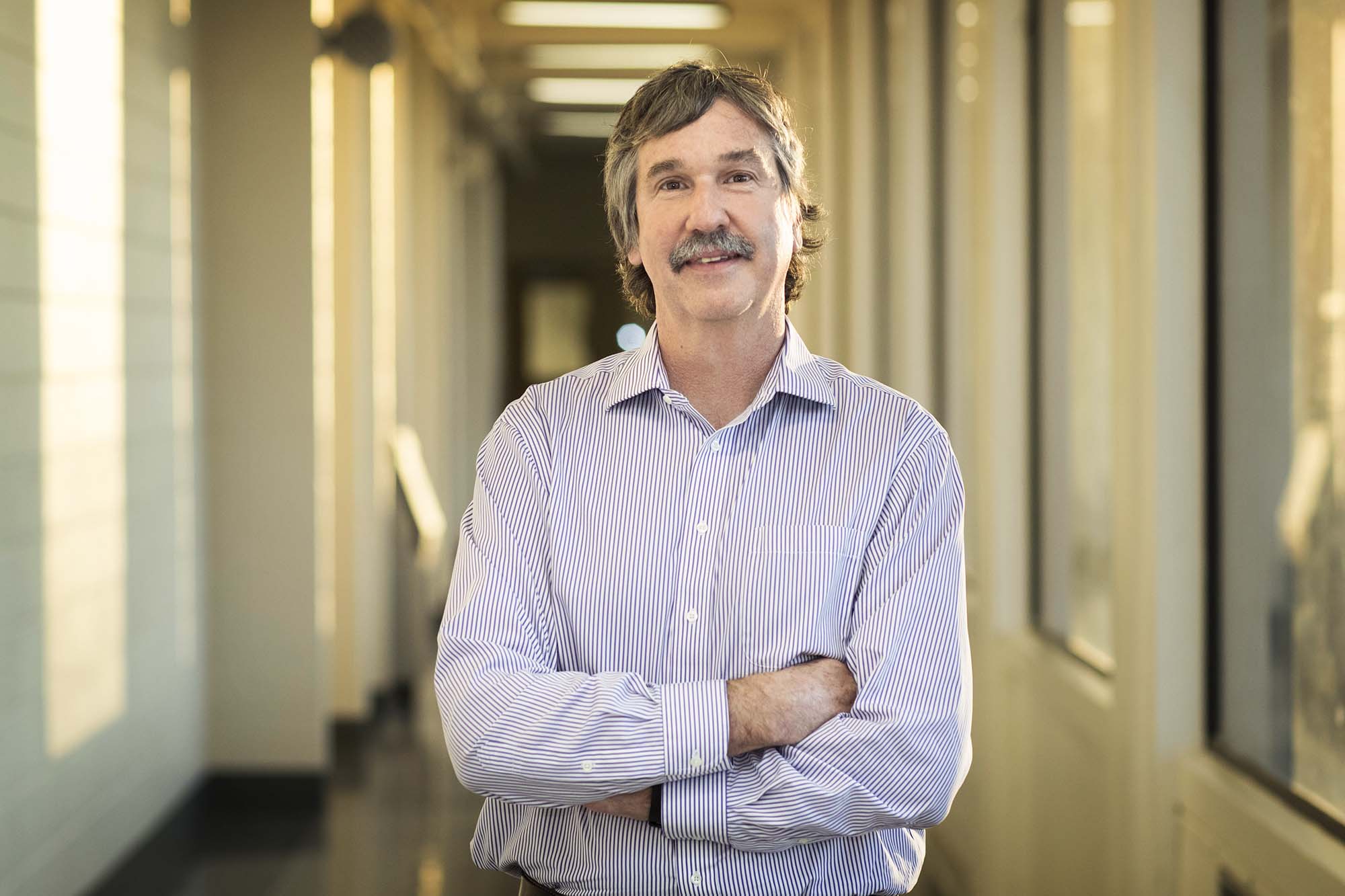 Medications are developed to work well for most people, but those whose genetic makeup causes them to metabolize medicine too quickly often need higher doses of the drugs they take in order for them to be effective. For others, the metabolism process can create toxic byproducts, often leading to unpleasant side effects.

However, a team of researchers led by University of Virginia chemistry professor W. Dean Harman has developed a new method for manufacturing pharmaceuticals that could reduce dosage amounts and side effects, leading to dramatic improvements in the safety and efficacy of new drugs.

In a paper published last week in Nature, Harman and his colleagues, chemistry professor Brooks Pate of UVA and Xiaoping Wang of the Oak Ridge National Laboratory near Knoxville, Tennessee, describe a new method for strategically adding deuterium, a hydrogen isotope, to benzene, an aromatic compound commonly found in crude oil – a critical part of the preparation of pharmacologically active compounds.

“Using our method, certain hydrogen atoms in a drug molecule can be replaced with a close relative called deuterium,” Harman said. “The deuterium acts almost exactly like the hydrogen, but it forms bonds with carbon that are just a little stronger. This can slow down the rate at which a medicine breaks down in the body and can alter what compounds the medicine breaks down into.

“The implication is that the deuterated medicine could lead to lower doses required, and there could be fewer side effects.”

Recently, a compound called Deutetrabenzine became the first deuterated drug to win FDA approval for the treatment of Huntington’s disease; however, the paper explains, current methods for incorporating deuterium during the drug synthesis process can be difficult to measure.

“We were able to quantitatively assign not only the positions of the deuterium atoms at the atomic level,” Harman’s co-author, Xiaoping Wang, explained, “but also determine precisely how many were added on each side of the benzene molecule.”

The paper does not target a particular drug or application, Harman said, “Rather, we are developing a new tool that the medicinal chemistry community might someday use to create new variations of existing drugs or completely new drugs – new antivirals, antibiotics, anticancer drugs, etc.”

Harman’s team is already collaborating with a major drug company to begin testing possible leads for the development of new drugs.

“The research project has also led to an exciting collaboration with UVA’s Pate research group, who have developed state-of-the-art tools in rotational spectroscopy for analysis of the products of the type that we are making,” Harman said. “These isotopologues can be very difficult to detect by other methods.”

A Year We Will Never Forget: 2019-20 in Review END_OF_DOCUMENT_TOKEN_TO_BE_REPLACED

‘What Will You Carry With You?’ Remarks From UVA President Jim Ryan END_OF_DOCUMENT_TOKEN_TO_BE_REPLACED