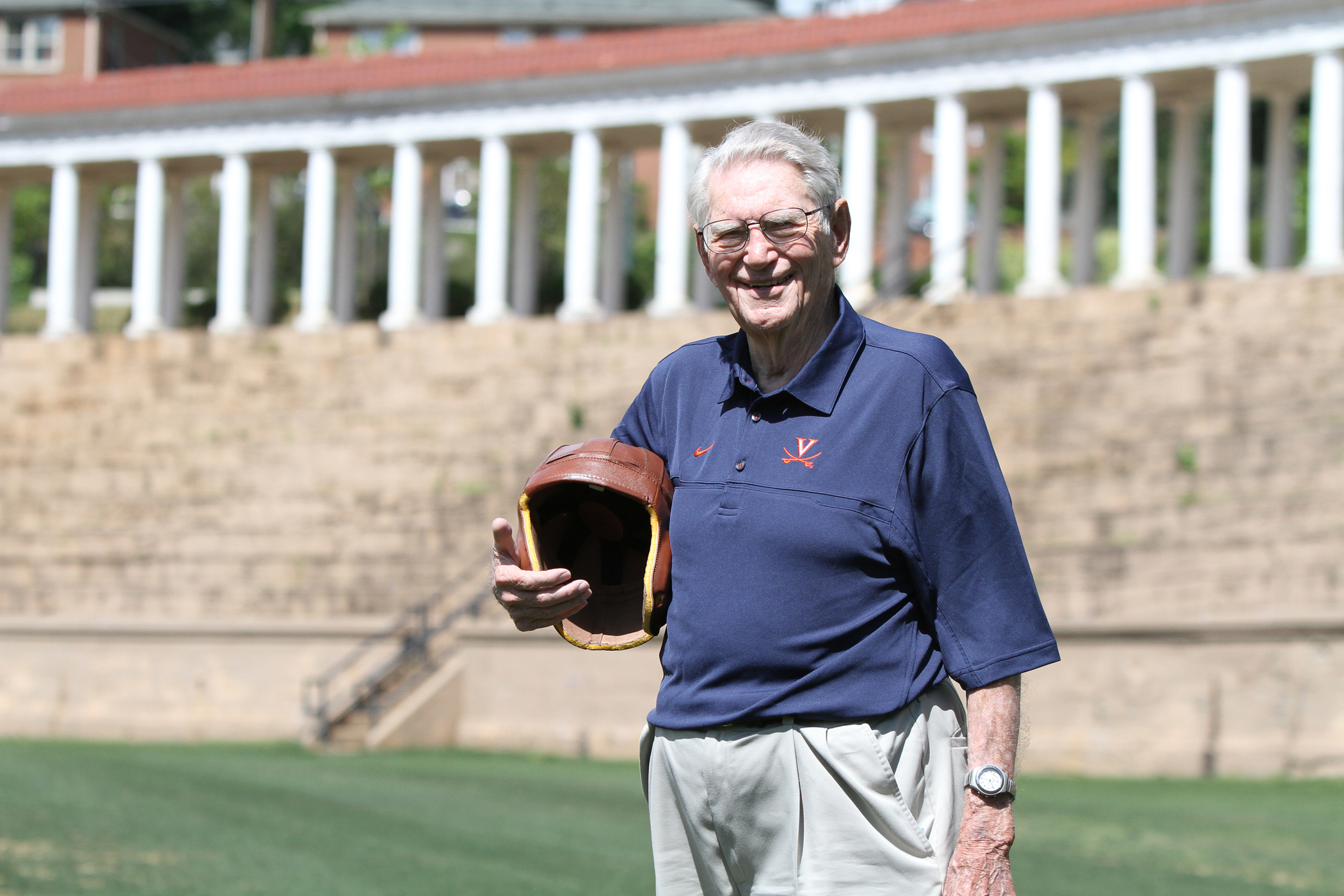 A 1932 graduate of the University of Virginia with a degree in chemistry, Risher attended UVA’s School of Medicine, earning his medical doctorate in 1936. He was a member of the 1931 Virginia football team. Risher practiced medicine for 35 years in Lynchburg as an ear, nose and throat specialist.

“There has been no better friend of the University and athletics than Dr. John Risher,” UVA Director of Athletics Craig Littlepage said. “His love and support of UVA athletics was unconditional and unequaled. He will be missed by everyone that followed our program; our prayers and thanks go out to his family for sharing ‘Doc’ with us all of these years.”

Risher was born May 11, 1910 in Carnegie, Pennsylvania. His family moved shortly after to a farm in Shadwell, just outside of Charlottesville. After his father died and his mother moved into Charlottesville in 1919, Risher saw his first Virginia football game as a young child from an apartment window that overlooked UVA’s Lambeth Field.

As a young boy, he found a way to bypass the 25-cent cost for a ticket for Virginia football games by working as a vendor, selling chewing gum, peanuts, candy and soft drinks. He worked as a vendor at Lambeth Field until his sophomore year of high school, when the football team at Charlottesville High School began receiving free entrance to Cavalier football games.

Risher was a defensive end for three years at Charlottesville High School before moving to Lynchburg and attending Virginia Episcopal School. He thought his football career was over after dislocating his shoulder in the middle of his senior season at VES, but still followed his older brother, who had been a captain of the Cavalier track team in the mid-1920s, to the University.

Upon matriculation into UVA, Risher became involved with the Cavalier football team as a manager. He also joined the staff of College Topics, the daily student newspaper, where he was writing about Virginia athletics. While Risher would ultimately be promoted to the newspaper’s managing board during his time at Virginia, he eventually caught a break on the football field, as well.

Then-Virginia football head coach Earl Abell wanted to do more passing heading into the 1931 season, and after the 1930 season asked Risher to come out for football the following year. However, Abell left UVA after two seasons and the 1931 season was the first of the Fred Dawson era. While Dawson didn’t throw the ball as much Abell had desired, Risher did see playing time in one game as a senior in 1931.

Risher saw his only game action in the season-opening win of the 1931 season, an 18-0 victory over Roanoke College at Lambeth Field, which was the Cavaliers’ only victory that season. Risher hurt his ankle a week later and never saw the field again. However, he was on the sidelines on Oct. 15, 1931, when Virginia played its first game in Scott Stadium against Virginia Military Institute.

Risher was forced to take a break from his medical practice after the outbreak of World War II. Called into service in September 1940, Risher started out with the medical corps near Virginia Beach. Following Pearl Harbor, he was transferred to the Army Corps of Engineers, and built hospitals in Greenland and Central America for several years. He later worked for the Office of Strategic Services, a precursor to the Central Intelligence Agency, serving in the China-Burma-India theater.

Through it all, though, Risher never lost sight of his passion for Virginia football. After completing his residency in Charlottesville and marrying his sweetheart, Anne, Risher opened his own ear, nose and throat practice in Lynchburg in 1950 and maintained the practice until he retired from medicine in 1985. It was then, in the mid-1950s, that he purchased his first set of UVA football season tickets.

From 1963 through the 2016 Virginia football season, Risher was an active member of the football statistical crew in the Scott Stadium press box. It all began in his office, when one day Risher started talking Cavalier football with one of his new patients, Paul Wiseman, who had been working on the stat crew at UVA football games since 1956. The two became fast friends and Wiseman was able to get Risher on the crew starting with the 1963 season.

As recently as last spring, Risher was seen attending various UVA sporting events on Grounds, making the way from his home in Lynchburg.

There will be a moment of silence to honor Risher on Saturday prior to UVA’s home game with Georgia Tech.

A Year We Will Never Forget: 2019-20 in Review END_OF_DOCUMENT_TOKEN_TO_BE_REPLACED

‘What Will You Carry With You?’ Remarks From UVA President Jim Ryan END_OF_DOCUMENT_TOKEN_TO_BE_REPLACED