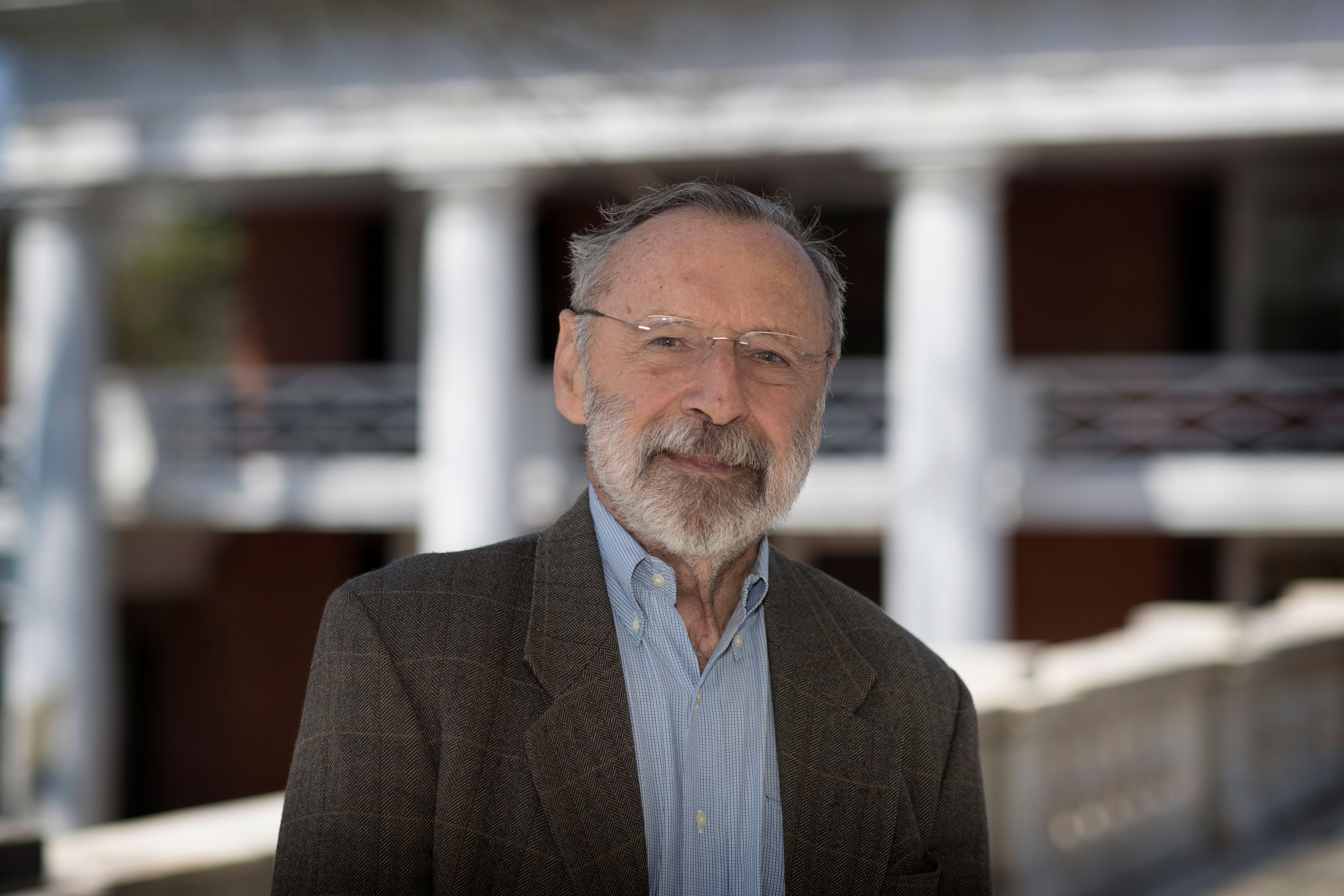 “His loss is literally being felt around the world,” wrote Karen V.H. Parshall, who chairs the University of Virginia’s Corcoran Department of History, about Joseph Calder Miller, who died March 12 in Charlottesville. He was 79.

Miller, the Cary Johnson Jr. Professor Emeritus of History, taught the history of Africa, slavery and the slave trades, Atlantic history and world history at the University from 1972 until 2014. He served in several administrative posts, including as dean of Arts & Sciences from 1990 to ’95.

A celebration of his life will be held May 26 at 3 p.m. in Alumni Hall.

Almost a year ago, he was elected to the prestigious American Academy of Arts and Sciences along with School of Law Dean Risa Goluboff. Also last year, former students, colleagues and friends at the Harvard University Center for African Studies organized a colloquium in his honor, “Africa in Global History.” The Journal of Global Slavery devoted a special honorary issue to him in 2017.

“Joe was instrumental in establishing non-Western fields in the department and in fostering the study of African history internationally,” Parshall said.

Among his many publications, his book, “Way of Death: Merchant Capitalism and the Angolan Slave Trade, 1730-1830,” won the 1989 Herskovits Prize of the African Studies Association for the best book published in English. His book, “The Problem of Slavery as History: A Global Approach,” was presented at the first David Brion Davis lecture series at Yale University’s Gilder-Lehrman Center for the Study of Slavery and Abolition.

He served as treasurer of the African Studies Association from 1989 to 1993 and as president of that organization in 2005 and 2006. He was president of the American Historical Association in 1998. In 2004, he received a Guggenheim Fellowship to study the world history of slavery.

In a previous UVA Today article, Miller characterized his scholarship focus as “a commitment to bringing Africans respectfully into the mainstream of the history they share with the rest of us, and us with them. Over the years, that’s extended to an effort to understand the experiences of enslavement on global scales – again, painting the larger picture, into which fit the Africans brought to the Americas. On a world scale, they were far from alone, and the seemingly unstoppable removals of people that enslavement means in turn tell us something about ourselves that we’d all be better off recognizing.”

Although he had earned an M.B.A. after his undergraduate education, Miller decided to pursue a Ph.D. in history, which he earned from University of Wisconsin-Madison in 1972. At that time, the study of African history was dominated by the Western perspectives of colonialism, but Miller had studied with a well-known anthropologist who encouraged him to look for African history through African eyes – or ears, one might say. Miller, who spent time in Angola during its “war of liberation” from Portugal in 1969-’70, went on to champion the use of oral history to reconstruct the past.

H. C. Erik Midelfort, C. Julian Bishko Professor Emeritus of History, described the “whole new approach to African history” that this white, Midwestern historian – who called himself “naïve” when he went to Angola – employed to help create a lens for learning about this huge continent.

“Others had studied the continent from the perspective of the European imperial powers, but they usually claimed that, because of the lack of written records, Africa itself had no indigenous sources for its own history,” Midelfort said. “Inspired in part by anthropologists, Miller developed methods for using oral traditions and other native sources, testing them for reliability and telling an entirely new African story.

“We colleagues watched in admiration and amazement as Miller became one of the most important American historians of our generation, especially for the study of slavery. He was a great teacher, too, and I sent my own graduate students to him not in the hopes that they would become African specialists, but so that they could learn from his inspiring example and wide-ranging curiosity.”

Memories and comments that poured in from colleagues and former students emphasized that Miller “listened well and knew how to laugh.” Beyond his relentless intelligence, passion for teaching and scholarship, Miller showed thoughtfulness and generosity, they said.

I met Joe the first year of my PhD when many said my diss was impossible. Joe said it was great, I just needed to learn sociolinguistics, do a few years of research in Haiti, France, Belgium, and DRC! Somehow that all worked out, a testament to Joe’s genius and generous guidance.

What terrible news! Joe Miller was always held up to those of us who studied at UW-Madison as the model of success to which we should aspire. He was known as being smart and productive but also kind and an excellent mentor. What a terrible loss!

“Joe was an enormous part of the founding and success of the anthropology department,” Fred Damon, a longtime UVA professor of anthropology, wrote. “Virtually all of our distinguished set of Africanists had a little or a lot of interaction with him. He was a passionate, demanding, intense scholar who brought much to this world of ours.”

Charles Piot, a 1986 UVA alumnus who earned his Ph.D. in anthropology, wrote, “Joe taught us – several generations of fledgling Africanist anthropologists at UVA – African history, and insisted we think historically from the start. It was a lesson I never forgot – his influence is all over my work – and made me far better than I ever would have been. Yes, he was a taskmaster and ruthlessly, sometimes too ruthlessly, honest (for an insecure graduate student), but he always found and drew out our missing potential with his generous, copious notes in the margins of our papers and his unstinting encouragement.

“As so many have commented, the man was so much more than just the brilliant ahead-of-his-time scholar and pedagogue. He was warm and passionate, full of laughter and sharp wit. … And what prodigious, enviable energy the man had,” said Piot, a professor of cultural anthropology at Duke University. He added they sometimes met each other at UVA-Duke basketball games.

A Year We Will Never Forget: 2019-20 in Review END_OF_DOCUMENT_TOKEN_TO_BE_REPLACED

‘What Will You Carry With You?’ Remarks From UVA President Jim Ryan END_OF_DOCUMENT_TOKEN_TO_BE_REPLACED