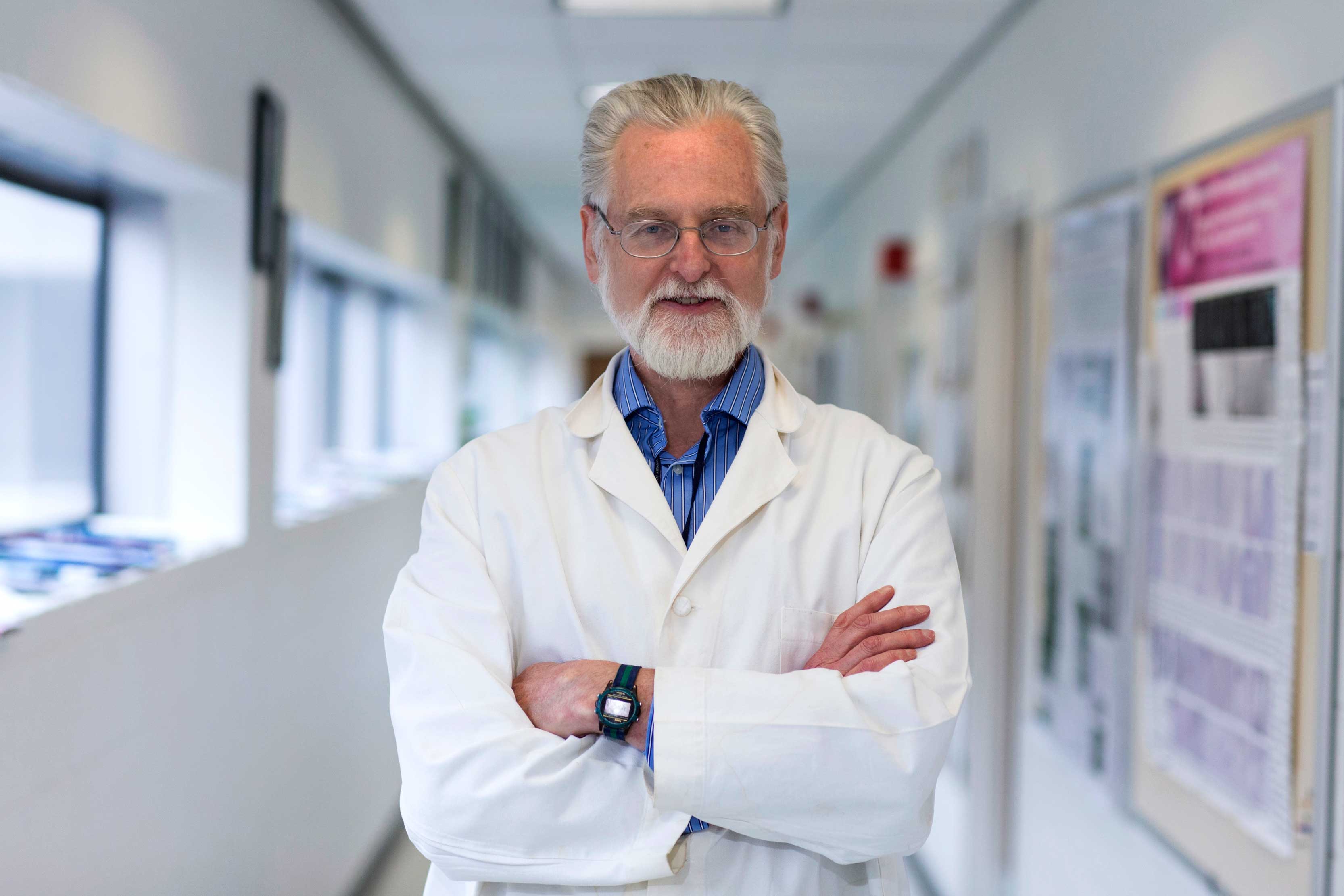 John C. Herr, 68, director of the University of Virginia’s Center for Research in Contraceptive and Reproductive Health, died unexpectedly on Saturday after having participated that morning in the Gene Arnold Memorial Special Olympics 10K Run & 2 Mile Walk at Meriwether Lewis Elementary School in Ivy.

A professor of cell biology, urology and biomedical engineering, Herr, who came to UVA’s School of Medicine in 1981, championed basic science and translational goals, sharing that dedication with colleagues and students. He focused his research on reproductive biology and made several breakthroughs toward developing a reversible contraceptive option for men and contraceptive vaccines for women.

Most recently, he was working on promising research that is shedding light on the fundamental nature of a wide variety of cancers and possible new paths of treatment.

“We are all deeply saddened by the sudden loss of our friend and colleague,” said Dr. David S. Wilkes, dean of the School of Medicine. “John Herr was a scientist and entrepreneur who had a commitment to transforming fundamental scientific research to better the human condition. His creative and energetic curiosity will be missed.”

Dr. Erik L. Hewlett, a professor of medicine and microbiology who chairs the board of the UVA Licensing & Ventures Group, called Herr “truly a leader at the University of Virginia as a faculty innovator and entrepreneur.”

An active inventor, Herr and his laboratory named more than 35 genes in the human genome and applied for patents on their use as diagnostic or therapeutic targets. In addition to basic science, his laboratory conducts translational research with the intent of moving discoveries into products, and he created several companies for that purpose.

He was one of the first two UVA scientists to be named a fellow of the National Academy of Inventors, an accolade created in 2010 to recognize those who invent or facilitate significant U.S. patents. He is listed as inventor on 64 issued patents and scores of pending patent applications throughout the world. Formerly a 15-year member of the UVA Licensing & Ventures Group’s board of directors, he was named Inventor of the Year in 1999 when the group was the UVA Patent Foundation.

Herr “approached all that he did with remarkable energy, optimism and enthusiasm,” said Douglas DeSimone, who chairs the Department of Cell Biology. “Whether it be his work on developing new contraceptive strategies or his most recent efforts in the area of cancer immunotherapy, John pushed ahead with characteristic determination, boldness of vision that inspired many. He also worked tirelessly to instill in others the importance of translating science important to human health through his teaching and training of undergraduates, graduate students and postdocs.”

Internationally recognized for the discovery of a unique sperm protein called SP-10, Herr’s findings led to development of the first FDA-approved home-diagnostic tests for male fertility, including SpermCheck, sold in pharmacies and stores around the world.

He started the company Ovastasis in 2014 to develop a new form of women’s birth control, free of unpleasant side-effects, that would interact only with a woman’s reproductive cells to arrest their development by using egg-specific drug targets.

Like Ovastasis, Neoantigenics, his first cancer research company, is focused on creating a targeted drug that will affect only those cells identified by the correct cell surface biomarkers.

Eusebio Pires, a researcher in the UVA Department of Obstetrics and Gynecology, was collaborating with Herr when they discovered a surprising link between developing egg cells and cancers – a protein both have in common. This led to a new path of research on cancer-oocyte neoantigens that may allow doctors to use antibodies to deliver medication directly to tumors while sparing healthy tissue.

Pires, who met Herr in 2002 when a doctoral student in Mumbai, first joined Herr’s lab in 2008. “Spending time with him both professionally, as well as on a personal front, has made me realize that he is one of the best scientists, inventors and entrepreneurs I have ever met,” Pires said.

“He was completely focused, visionary, helpful, patient, always lending a listening ear, advising and updating himself with the modern era. I have always asked him, ‘How do you manage all this?’ And he always replied: ‘If you love science, this is what you live for!’

“I will miss him terribly and I am determined to continue his legacy, which is also close to my heart.”

Many who knew Herr for nearly 30 years echoed the same themes about his enthusiasm and drive for innovation, his bold vision and collaborative nature.

Charles Flickinger, professor emeritus of cell biology, past department chair and close colleague, remarked on how inspiring Herr was to students and junior researchers. In particular, he attracted and welcomed scholars from different countries, Flickinger said.

Colleague David Castle, also a UVA cell biologist, said that he “influenced and motivated colleagues throughout the School of Medicine, the University and beyond.

“Those of us who have interacted with John on a near-daily basis were awed by his extraordinary drive and seemingly limitless capacity to create new directions and engage colleagues to push the frontiers. We are simply stunned that he’s not here anymore, because we thought he would go on forever.”

Plans for a memorial service are pending.

Monkeypox Is Spreading, But University’s Risk Believed To Be Low END_OF_DOCUMENT_TOKEN_TO_BE_REPLACED

This Alum Is Living His Best Life on the Road, One State at a Time END_OF_DOCUMENT_TOKEN_TO_BE_REPLACED

These Giant Wind Turbines, Inspired by Palm Trees, May Be the Future of Renewable Energy END_OF_DOCUMENT_TOKEN_TO_BE_REPLACED