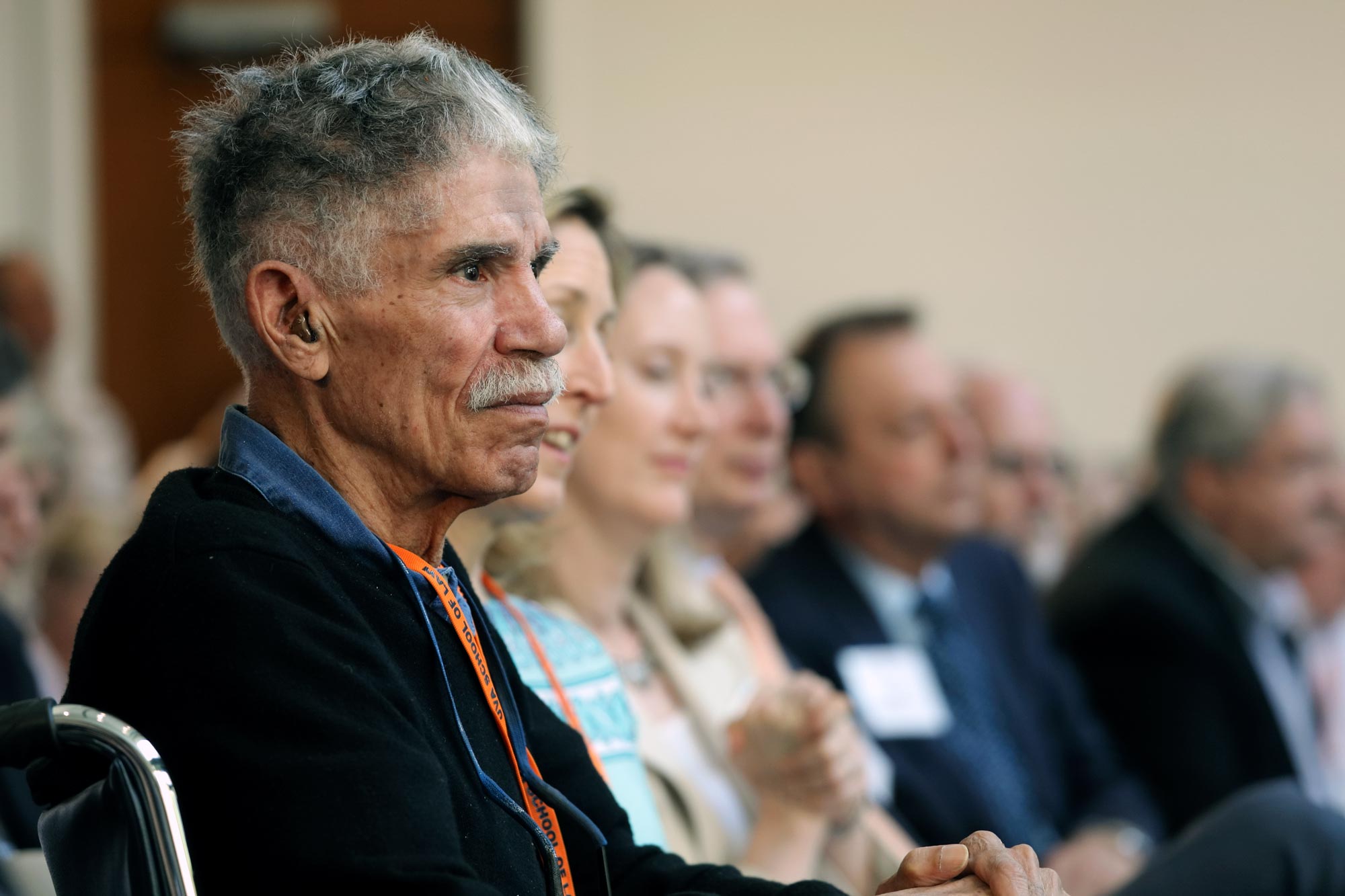 John Merchant, who died Thursday, created opportunities for others here at UVA, in the golf world and beyond. (Photo courtesy UVA School of Law)

John Merchant, who in 1958 became the first black graduate of the University of Virginia School of Law and later was the first person of color to join the executive committee of the U.S. Golf Association, died Thursday after an extended illness. He was 87.

Merchant’s life was one dedicated to opening doors for others.

“My father was very passionate about his family, civil rights and golf,” his daughter, Susan Merchant – herself a 1994 UVA Law alumnus – said Monday.

During his service to the USGA from 1992 to 1995, Merchant created development opportunities for aspiring minority golfers in the traditionally white-dominated sport. He also separately represented a young Tiger Woods as he transitioned from amateur to professional status.

Merchant retired as partner of the law firm Merchant and Rosenblum in Stamford, Connecticut, in the mid-1990s, thereafter continuing in solo private practice. He practiced both civil and criminal law for a total of about five decades.

“There were things he believed in very strongly, and I think that translated into this career as an attorney, and as a criminal defense lawyer,” Susan Merchant said. “He had an excellent reputation as a skilled trial lawyer, and he used that to help people.” 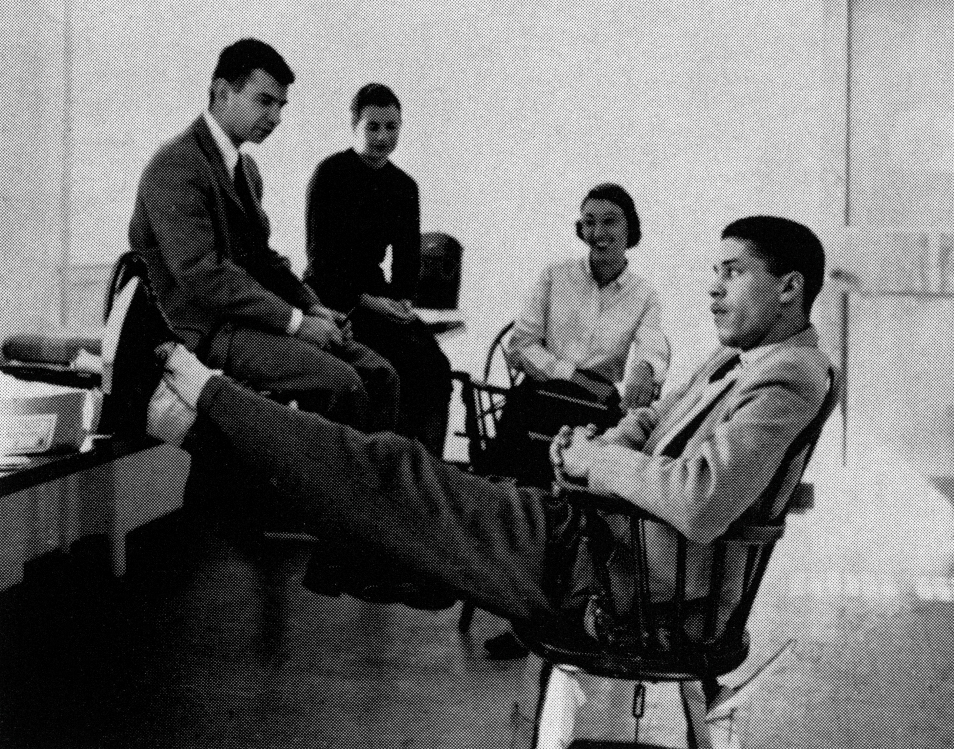 Merchant is pictured with fellow officers of the Barrister, the Law School&#039;s yearbook, in 1958. (Photo courtesy Barrister/UVA Law Special Collections)

While in practice, he also helped encourage the next generation of UVA graduates with the creation of the Walter N. Ridley Scholarship Fund in 1987. Named after the first black graduate of the UVA student body, the fund continues to this day.

Merchant was a self-taught golfer, having picked up the game after law school while serving as a communications officer in the Navy. He found he had natural talent.

“I borrowed some clubs and shot 105, my very first time,” he told the Connecticut Post in one of several interviews he gave the newspaper over time.

He reportedly enhanced his skills based on an instructional book by golf legend Ben Hogan.

Merchant entered legal practice in 1962, forming a law firm with future Connecticut Superior Court Judges L. Scott Melville and E. Eugene Spear after firms in his native Greenwich rejected him, presumably based on his race.

He continued to play golf at Connecticut courses, and was a two-time club champion. However, he was denied the opportunity to play in a number of tournaments.

One tournament that he participated in, as part of a twosome, denied him the traditional winner’s golf jacket and, instead, offered him pro shop merchandise to compensate, he told a reporter.

By the 1990s, the USGA was coming under increased fire for its associations with clubs that maintained exclusionary policies. An attorney friend of Merchant’s floated his name for consideration to the executive committee. Merchant was serving as consumer counsel for the state of Connecticut at the time of his selection in 1992.

“You should know I care about the game,” The Baltimore Sun reported Merchant telling his fellows upon induction. “There is not enough time to repay all I have gotten from the game. Benefits and values are wrapped up in relationships generated by participation. Among these things are friendships.”

Merchant made sure the new calls for inclusion in golf weren’t just lip service. He coordinated four symposiums, sponsored by sporting goods giants such as Nike and Titleist, for minority golfers to learn from, and communicate with, the pros.

In addition, his work appears to have helped inspire the First Tee Program, which encourages minority children’s interest in the game. Tim Finchem, a 1973 UVA Law graduate, orchestrated the program early in his term as PGA Tour commissioner from 1994 to 2016.

Merchant also became the legal representative for Tiger Woods, then in his late teens, and executive director of the National Minority Golf Foundation during the 1990s.

“My father always expressed to me that it was very important to him that Tiger be looked after,” Susan Merchant said. “He was going to be the first minority golfer of any real status, and my father knew he was going to need some people around him whom he could really trust.”

Having met Woods’ father at a USGA event, John Merchant’s advocacy led to Woods’ association with International Management Group and other connections that would undergird what would become the most lucrative career in the game. Merchant represented Woods, reportedly free of charge, before the golfer turned pro.

But Woods soon opted for new representation – a move that Merchant appeared to take in stride, at least in public comments.

Before joining the USGA committee, Merchant served on the U.S. Mid-Amateur’s committee and chaired both the U.S. Senior Open in 1987 and the U.S. Women’s Open in 1979.

In March 2010, he was inducted into the National Black Golf Hall of Fame for his contributions to the sport.

Merchant wrote about his life, detailing his time in the golf world and at UVA, for his book “A Journey Worth Taking: An Unpredictable Adventure.”

His enrollment at UVA Law began a year after the 1954 decision in Brown v. Board of Education, and following the integration of UVA by law student Gregory Swanson in 1950. Between the demands of studying and the race-related social conflicts of the time period, it wasn’t easy to get to know his fellow UVA students.

“He had to be a lot about self-preservation, as anyone in that situation would be,” Susan Merchant said.

“There certainly weren’t a lot people beating down his door trying to get into his study group.”

Nevertheless, Merchant attended his 50th and 60th UVA Law reunions, where he caught up with some classmates and got acquainted with others.

He also was the keynote speaker at his daughter’s Law School commencement in 1994. He took great pride in her being the first black “legacy” graduate of the Law School. 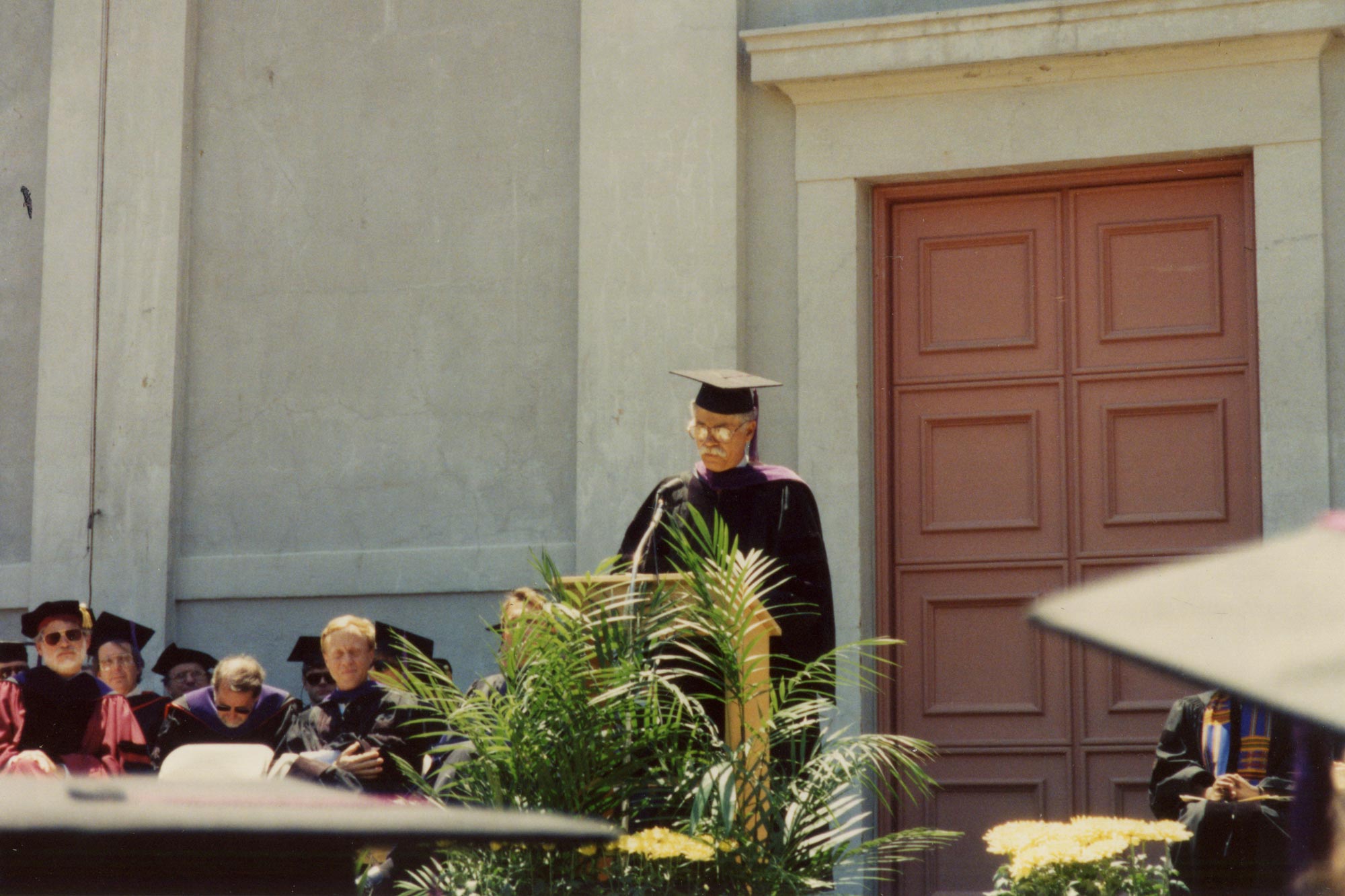 “If you had tried to tell him when he was there as a student that one day he would be standing in front of that crowd as the commencement speaker, as the keynote, he would’ve told you that you were crazy,” Susan Merchant said. “If you had tried to tell him that the guy who was No. 1 in his class would call him to make sure he came back for their 50th reunion, he wouldn’t have believed you.”

Merchant earned his bachelor’s degree from Virginia Union University in 1955, and received an honorary doctorate in laws from that university in 1998.

His daughter said lesser-known components of his life were equally important to his identity. He served as a liaison for the black community in the greater Bridgeport and greater Stamford areas of Connecticut in the 1960s and ’70s, including with the anti-poverty group Action for Bridgeport Community Development Inc. He also taught at Fairfield University and Sacred Heart University, both in Connecticut.

Merchant was the middle of three children. He is survived by Susan, a senior financial crime compliance officer in the banking industry, and his only child; his older sister, Barbara Mitchell, and her children Dawn, Karen, Robin and Kip; his nephew, Todd Neal, son of his late sister Elizabeth Neal; and Tabitha Carter, his niece whom he considered a second child, and her son, Tyler, his grandson.

The family is planning a service for Saturday but hopes to have another remembrance ceremony in June for those unable to make it. In lieu of flowers, Susan Merchant asks that friends and family contribute to the Essie L. Merchant Fund, which is part of the Ridley Scholarships at the UVA Alumni Association.