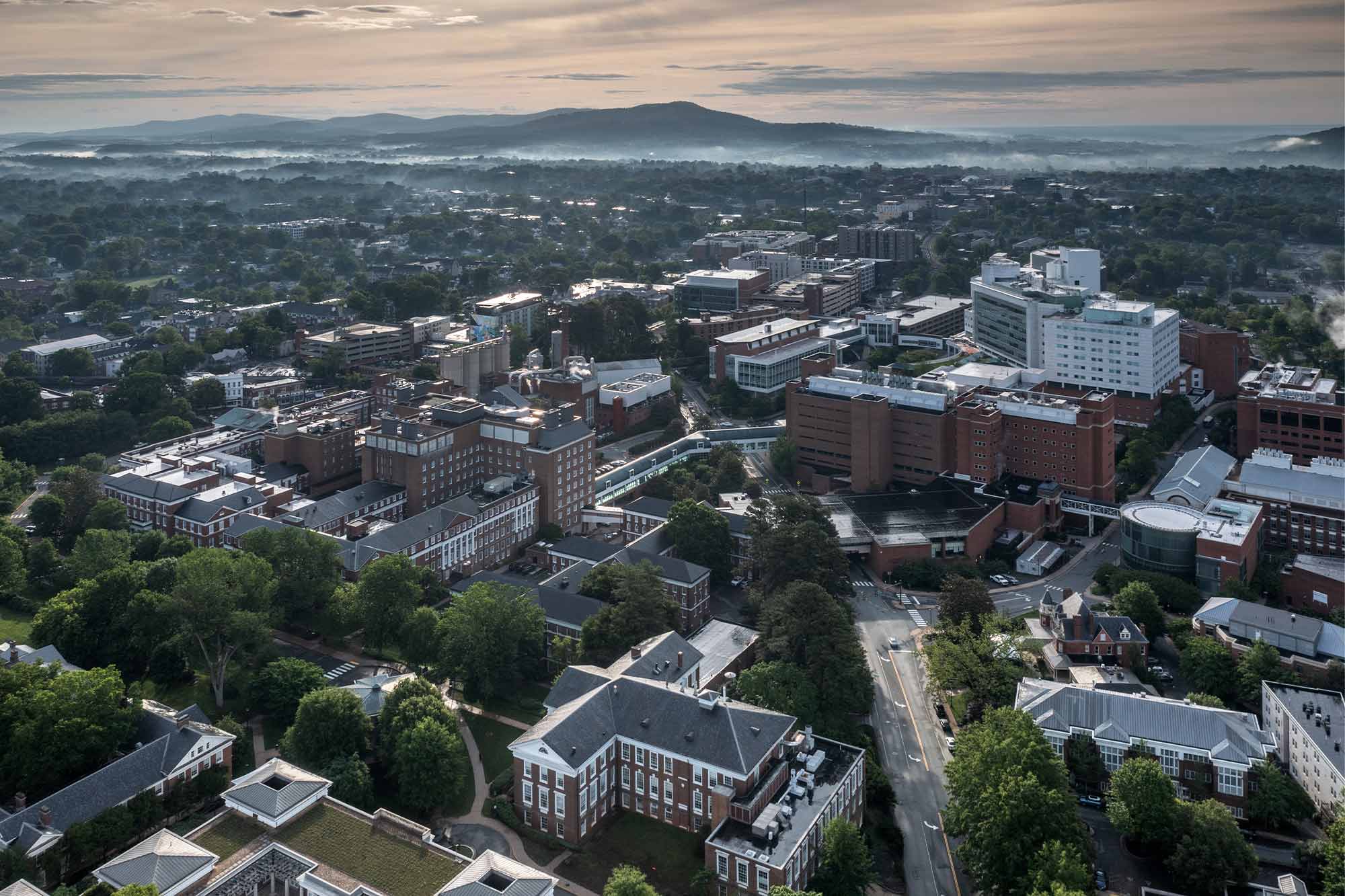 The University of Virginia lost two trailblazing cardiologists in recent weeks: Dr. Carlos R. Ayers, who was an early proponent of preventive measures to avoid heart disease, died July 26; and Dr. Lawrence R. Burwell, who pioneered the use of coronary balloon angioplasty at the UVA Medical Center, died July 28.

Dr. George Beller, who retired as the head of cardiovascular medicine in 2004, said when he came to UVA Health in 1977, Ayers and Burwell were two of only six physicians in the specialty of cardiology. They contributed greatly to enhancing and expanding it to become the Center for Hearth & Vascular Care that it is today, with 50 cardiologists and surgeons in a range of subspecialties.

“Both were pioneers in their fields and were instrumental in propelling our cardiology program and the field of cardiology in our state into a new era,” Beller said.

Both men were born in West Virginia, though worlds apart.

Ayers grew up on a farm with no electricity and ended up coming to UVA’s School of Medicine for a fellowship in cardiovascular medicine. In 1963-64, he served as the school’s chief resident in internal medicine before shifting to the budding cardiology program.

Burwell moved from Bluefield to the Washington, D.C., area when public schools were still segregated. After he joined the School of Medicine in 1975 as its first Black faculty member, he then became the first African American to receive tenure.

“They were both extremely contributory and valuable in the programs that they developed,” Beller said. “They were role models and mentors for subsequent generations of cardiologists.”

“He recruited me to UVA and then got me on his training grant. It made my career,” Dr. Christopher Rembold said. “His was the best model for mentorship that I have ever seen. He would talk to new interns in medicine about careers in science. Then he would suggest basic science labs for the interns to work with.”

Ayers may have been first in the area to focus on the prevention of heart disease by reducing risk factors, Beller noted. He promoted and taught the importance of early treatment of high blood pressure and high cholesterol, such as with the use of new (at the time) statin drugs and the benefits of quitting smoking.

His five-year grant running a preventive cardiology clinic in 1980 was so successful at reducing risk factors, the rate of patients dropped by 90%.

“He ran a preventive cardiology practice for 40 years, the last 20 with me,” Rembold said. “Many people have lived a healthier life despite very high blood pressure or bad lipid rates or a strong family history of coronary disease.”

After Ayers retired in 2010, he volunteered at the Charlottesville Free Clinic for eight years, dispensing his preventive heart health advice.

Burwell’s work lay on the other end of the spectrum – in interventional cardiology, Beller said, adding that when he came to UVA, Burwell was heading the Cardiac Catheterization Laboratory.

Burwell was one of the first in the area to go to Switzerland with cardiologists from around the country to learn how to do a then-new procedure, coronary balloon angioplasty. He became highly skilled in the technique, which required him to carry a heavy workload, Beller said. The field later transitioned to the addition of arterial stents, which are typically used today.

“He exercised tremendous judgment in his technique – he put patient safety and welfare first, and he was very cautious on who was eligible and who should have bypass surgery,” according to Beller.

After 28 years, Burwell retired in 2003. He served on local boards and directed the Jefferson Area Board for Aging and the nonprofit Computers4Kids from 2005 to 2008.