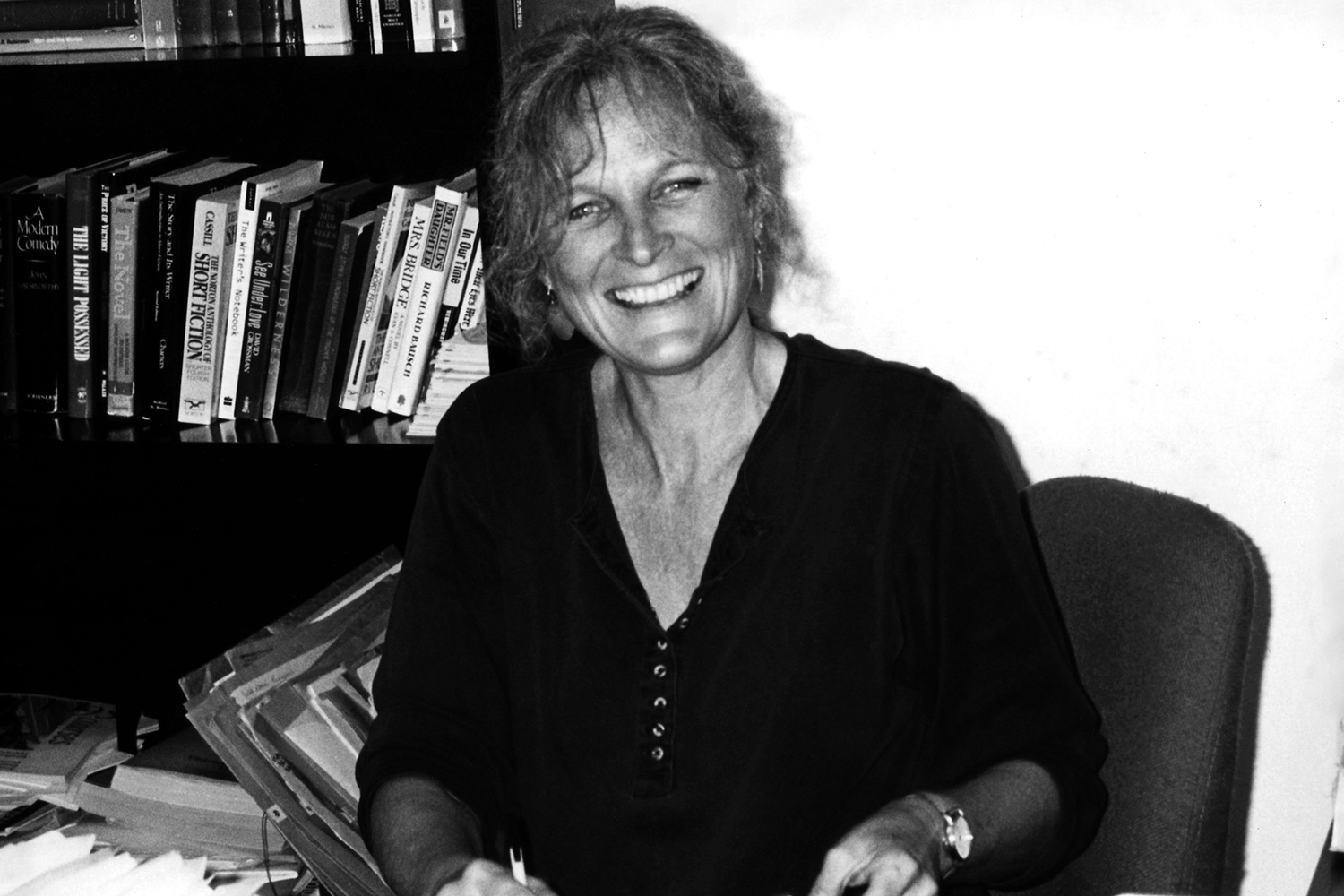 Sydney Blair, an associate professor of creative writing at the University of Virginia who was a key figure in leading the Department of English’s Creative Writing Program to national prominence, died Monday in Charlottesville from complications due to a sudden illness. She was 67.

After graduating from the Creative Writing Program in 1986 with a Master of Fine Arts degree, she remained to teach in the program and stayed for 30 years. Blair twice served as its director, from 1991 to 1995 and from 2006 to 2009. Author of the novel, “Buffalo,” which won the Virginia Prize for Fiction in 1991, she published many short stories, reviews and articles, including the story “River Song” in American Scholar last year.

English professor Jane Alison, the program’s current director, said when Blair headed the program, “She was crucial during those years in welding together the writerly community and in expanding the program’s reputation.”

A friend and colleague since those early days, English professor and poet Lisa Russ Spaar, said Blair “helped to guide our program to national eminence during a critical period in its development.”

Blair helped develop courses and secure private funding that ultimately led to the program fully funding all of its M.F.A. students.

“Undergraduates have flocked to her fiction workshops and her seminars on the American short story and American writers in Paris,” Alison said. “It was Sydney who first began teaching workshops in creative nonfiction, shining a light upon a course of study that is badly wanted by our students, both undergrad and graduate.”

Most of all, Blair was a devoted colleague and teacher, “in possession of a keen mind and rich sense of humor,” Spaar said. “She lived fully and generously.”

Dozens of former students took to social media to express their sorrow. Many commented on what a warm and encouraging mentor she was, often saying she was their favorite teacher.

She was always meeting with a student in her office, recalled Jeb Livingood, associate director of creative writing. “Her office door was always ajar, voices from within, like some popular café or restaurant, always buzzing with Sydney coaching yet another undergraduate through the thicket of their own prose and toward something beautiful.”

Ian Baucom, dean of the College and Graduate School of Arts & Sciences, echoed others, saying, “Even as she honed her own craft, teaching always remained a passion for Sydney, and she was beloved by the aspiring young writers who filled her seminars, including those in the undergraduate program in literary prose that she helped to create. She was an amazing mentor to many of our M.F.A. students as they launched their own literary careers and was admired by countless friends and colleagues who delighted in her company. She will be dearly missed.”

Alison called her “the heart of the program.”

She is survived by a son and daughter-in-law, a daughter, two grandchildren, a brother and his wife, and a sister and her husband. Memorial arrangements are not yet complete.

At UVA, There Is a Club for Everyone END_OF_DOCUMENT_TOKEN_TO_BE_REPLACED