Month's Events Provide a Jump Start for the Faculty Senate 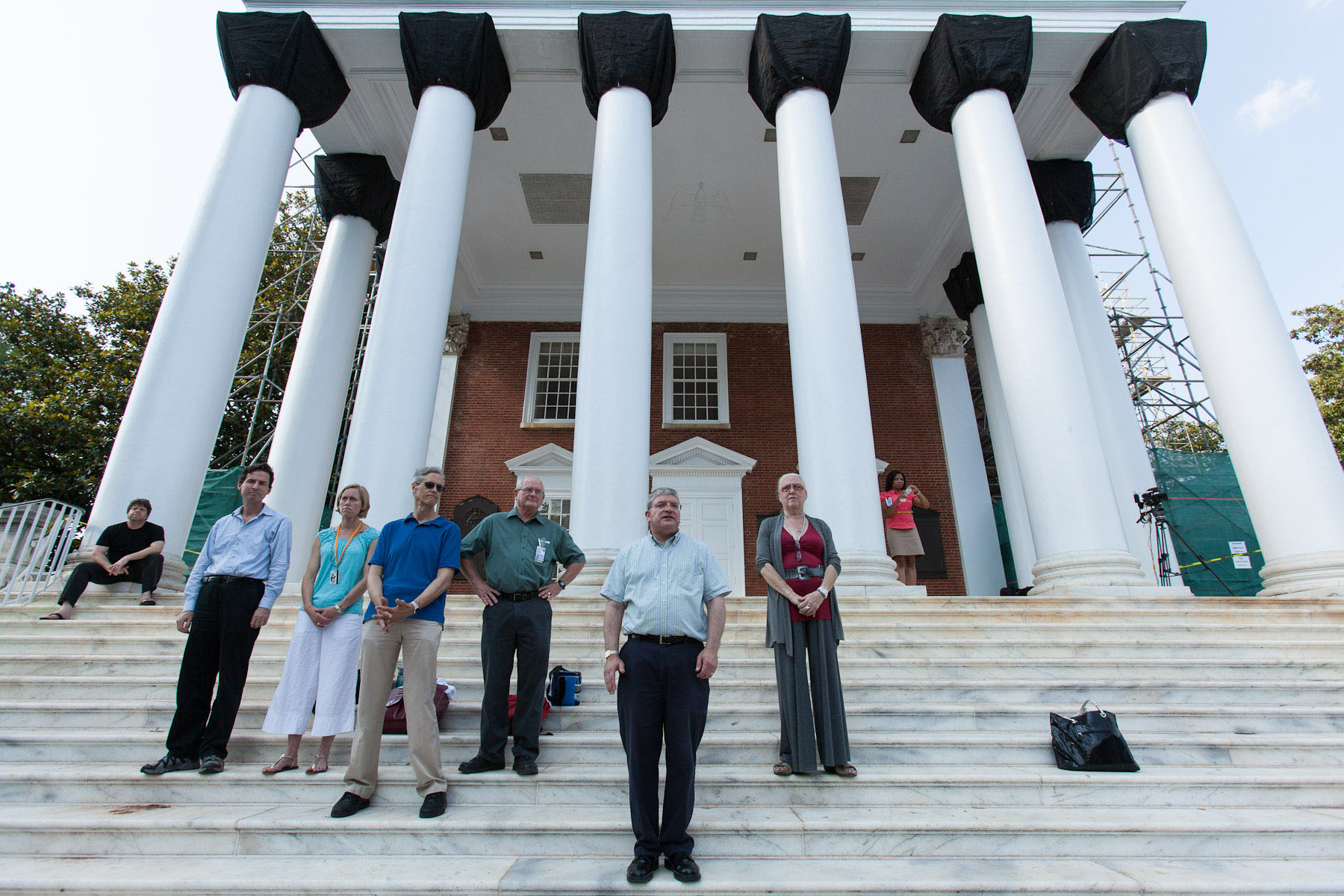 On June 1, law professor George Cohen took over as chair of the University of Virginia Faculty Senate. On June 10, his new job became a whole lot bigger.

On that day, Rector Helen E. Dragas announced the sudden resignation of President Teresa A. Sullivan for what Sullivan described as "a philosophical difference of opinion." In the ensuing 17 days leading up to Sullivan's reinstatement Tuesday by the Board of Visitors, the Faculty Senate emerged as one of the leading forces questioning the reasons behind Sullivan's dismissal and working for her return.

Cohen said Wednesday that the senate will continue to play a major role in whatever follows.

The body currently comprises 87 elected members, based on the size of a school's faculty and number of students. The president, vice presidents, deans and University librarian are ex officio members. The senate meets regularly during the academic year. Among its formal responsibilities are approving new degree programs or major changes to existing ones, hearing faculty grievances, being involved in major planning efforts and advising the president about issues that affect faculty members.

"Most people don't think of the Faculty Senate as a particularly active group," Cohen said, adding that even before June 10, Sullivan and John Simon, executive vice president and provost, had encouraged the senate to be more active. For example, he said, they requested suggestions for faculty representatives on the task forces developing the new internal financial model.

The role of the senate and its 16-member executive council became much more visible in the days leading up to Sullivan's reinstatement. Through a series of messages, meetings and rallies – including a June 17 open senate meeting at the Darden School of Business where the senate ratified the executive council's statement of no-confidence in the board – Cohen, chair-elect Dr. Christopher Holstege of the School of Medicine and Gweneth West of the College of Arts & Sciences, a past senate chair and current chair of the Collaboration, Communication and Engagement Committee, were a near-constant presence.

"It grew out of the fact that this was a very sudden and unexpected thing," Cohen said. "The faculty were upset and looking for some way to express that. We are the only group that represents the full University faculty, so we felt we had an obligation to do something and to speak as best we could."

He noted, "This has been the most high-profile thing we've been involved in."

The senate also quickly raised its social media profile. Shayn Peirce-Cottler, a biomedical engineer, and Thomas Mark, an associate professor of mathematics in the College, set up a Facebook page and Twitter account (@UVAFacultySen) – both firsts for the senate.

Mark, who has been at U.Va. for six years, said he had not really been aware of the Faculty Senate until the past few weeks. "I would read the things our department senator sent around, but that's about it," he said.

He's had Facebook and Twitter accounts himself, but was not active on them. "I'm not really a social media guy," he said.

But when the senate's task forces were organizing at OpenGrounds last week and needed someone to do social media, "at least I knew the basics, so I signed up," Mark said.

Jennie Bartell, a biomedical engineering graduate student, has been the main tweeter, while Mark has mostly handled the Facebook page. "We've had a lot of posts, thank-yous, messages, questions, encouragement," he said. At last count the page had about 1,400 "likes."

"This has certainly made me feel a lot more connected to the University. I've heard that from a lot of people," Mark said. "I'm proud to be part of it."

Bartell said she stepped in because of Peirce-Cottler, a professor in her department. . "I wandered in to OpenGrounds to see what was going on," Bartell said. "She was looking very stressed out and asked if I could help." The Twitter feed surpassed 1,000 followers in just a week.

"Now that everyone is interested in the issues that the board is going to be discussing, we have to be engaged in that," she said. "I hope we can move on it and change some things."

Cohen said he hopes events of the past couple of weeks will bring new blood to the senate. "It's a virtuous cycle," he said. "If faculty members see the Faculty Senate as a place that has a voice, a role, people will be interested in participating and serving and seeing what healthy faculty shared governance is about."

A Year We Will Never Forget: 2019-20 in Review END_OF_DOCUMENT_TOKEN_TO_BE_REPLACED

‘What Will You Carry With You?’ Remarks From UVA President Jim Ryan END_OF_DOCUMENT_TOKEN_TO_BE_REPLACED