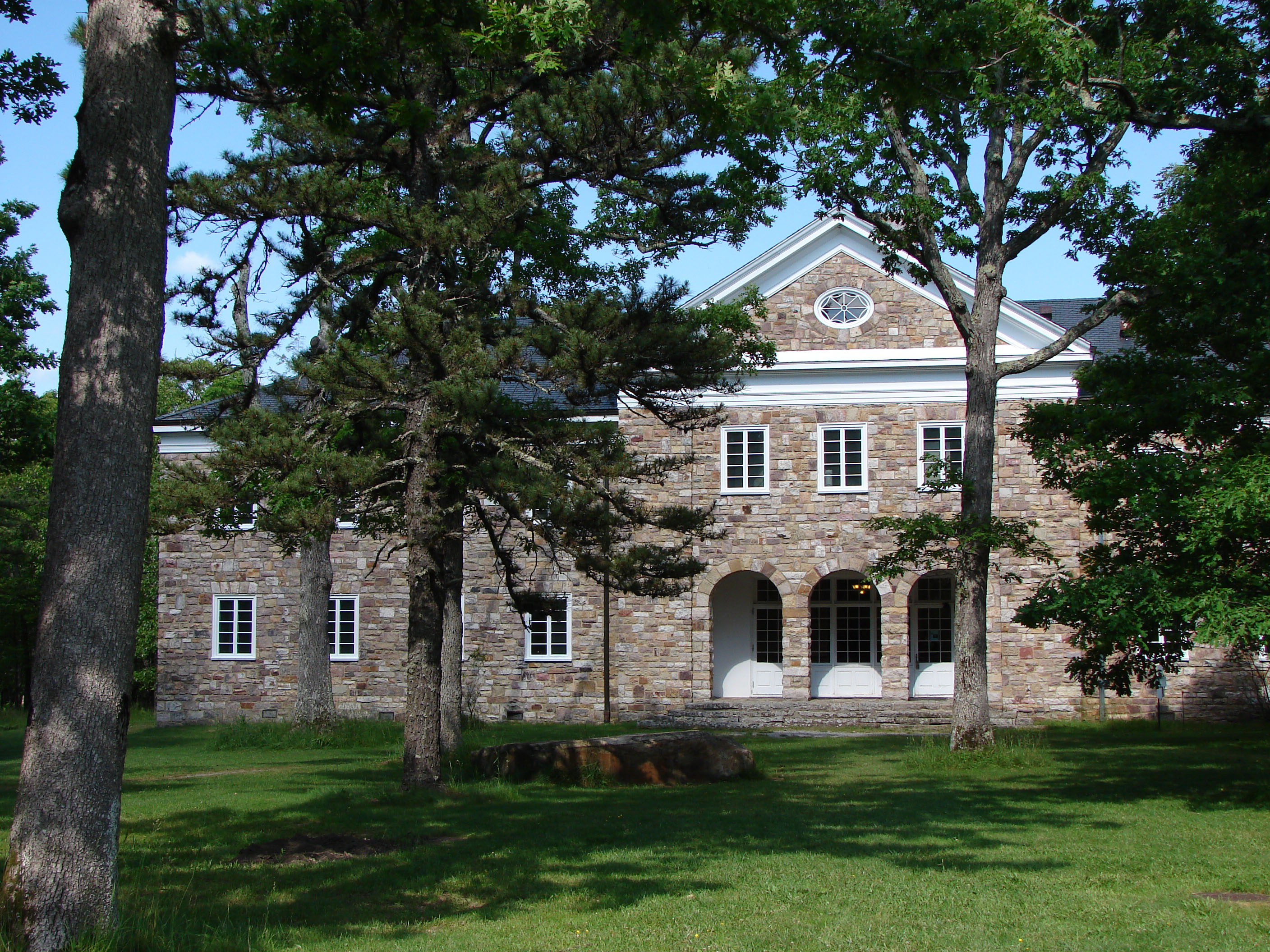 A remote, rustic setting with no spa, no hot tubs, no concierge, and no cell phone service. Sounds like a great place to spend a summer, doesn't it?

For dozens of scientists and students each year, it's ideal. They go to the University of Virginia's Mountain Lake Biological Station, to enjoy the real "amenities" – clean, fresh mountain air; a close, informal collegial setting; and a nearly pristine environment in which to learn and conduct research. To them, the station is a near paradise.

Located in Southwest Virginia, about 20 minutes northwest of Blacksburg, it's a mini-Academical Village with its own Lawn – at 3,800 feet in elevation. With typical daytime summer temperatures in the mid-70s, it's a world away from the heat and humidity of Charlottesville.

"We've got a gem here on this mountain, and we want more of the University community to come and see that it's not just for scientists," said Butch Brodie, a professor of biology in the College of Arts & Sciences and director of the station. He is leading an effort to encourage a range of creative people to make use of the facility, not just in the summer, but also in the September-through-May "offseason."

Already, studio artists from the McIntire Department of Art have gone to Mountain Lake to learn and create, just as scientists have been doing for more than 80 years. Brodie also hopes to attract creative writers, musicians and composers, historians, even law and business professors and students.

"It's a nice location for workshops, small conferences and retreats," he said. "We've done a lot of renovation at the station in recent years, and we like to think that it is now more 'romantic' than 'rustic.' It's a welcoming environment, an intellectually stimulating place in a beautiful setting where creative people can learn, make discoveries and bring their families."

But it's still rustic, in the sense that much of the housing at the station is made up of bark-shingled cabins in the woods under a hardwood forest canopy. There also are modern cabins and mini-apartments, and a large laboratory in a renovated barn-like structure known as "the Wilbur Lab," in honor of biology emeritus professor Henry Wilbur, the station's previous director, who served for nearly 20 years. Wilbur still conducts research in the forests surrounding the station.

Established in 1929, with several updates since, Mountain Lake Biological Station includes labs, classrooms, an auditorium (that contains a few dozen old Windsor chairs that in the past served as seating in the Rotunda's Dome Room), research field sites, a herbarium, insect collections and a dining hall with an outdoor dining porch.

It's at the dining hall, in meeting rooms and in front of cozy cabin fires that faculty and students get together for meals, "marshmallow socials" and discussions. It's a casual informal environment where students come to know their professors on a first-name basis.

"There's a level of personal interaction here that's a hallmark of the whole Mountain Lake experience that really isn't possible in a larger community," Brodie said.

One 30-year study, tracking generations of juncos, a common songbird, is answering questions about how hormones influence behavior and affect evolution. Another 20-year study looks at silene, a genus of roadside wildflowers, and is giving insights to how diseases spread through natural populations. That study is led by U.Va. biologists Janis Antonovics and Doug Taylor.

"The studies are designed to give us better insight into how the world around us works and what changes take place through the evolutionary process," Brodie said.

Faculty and students come to Mountain Lake Biological Station from a range of institutions.

One program, the National Science Foundation-funded Research Experiences for Undergraduates, is open each summer to about 10 students nationwide who conduct independent research at Mountain Lake for 10 to 12 weeks under faculty, graduate student or postdoctoral mentors.

"The REU program allows students to live and work closely with their mentors, enabling them to become researchers in their own right and to gain some insights into the life of scientists," Brodie said. "The research standards are so high that many of these students publish their results in peer-reviewed journals."

It's a full-circle cycle of training, Brodie said. "Many of our former students have come back in recent years as summer faculty and researchers from other institutions. Once they've had the Mountain Lake experience, they can't shake it; they want to come back and live it again."

In Memoriam: Life of Drama Professor To Be Honored Sunday END_OF_DOCUMENT_TOKEN_TO_BE_REPLACED